About The Jolly Farmers, Oxford

The Jolly Farmers is Oxford’s (and one of the UK’s) oldest running LGBT+ pubs.

It is right in the heart of Oxford and deep in the hearts of the local gay community, ensuing a trust and loyalty it works hard to repay at every level.

Oxford is a Queer little city in every sense of the word. And the JF is very proud to be part of it. It is a small and curious pub, and it is determined to remain as curious, as friendly, and as inspired as its wondrous customers.

The Jolly Farmers in Oxford opened as a gay bar in the early 80s, and except for one or two months, it has been running as a gay bar and an important part of the local gay community for over 20 years.

It hosts gay cabaret acts as well as quiz nights, one-off events and additional entertainment. And there’s a beer garden available for use in warmer months.

Come go on then; it’s time to embrace your oddness…!

The pub is now owed and run by The Rapscallion Pub Company, which was incorporated in June 2020, suggeting there might have been a change in ownership. 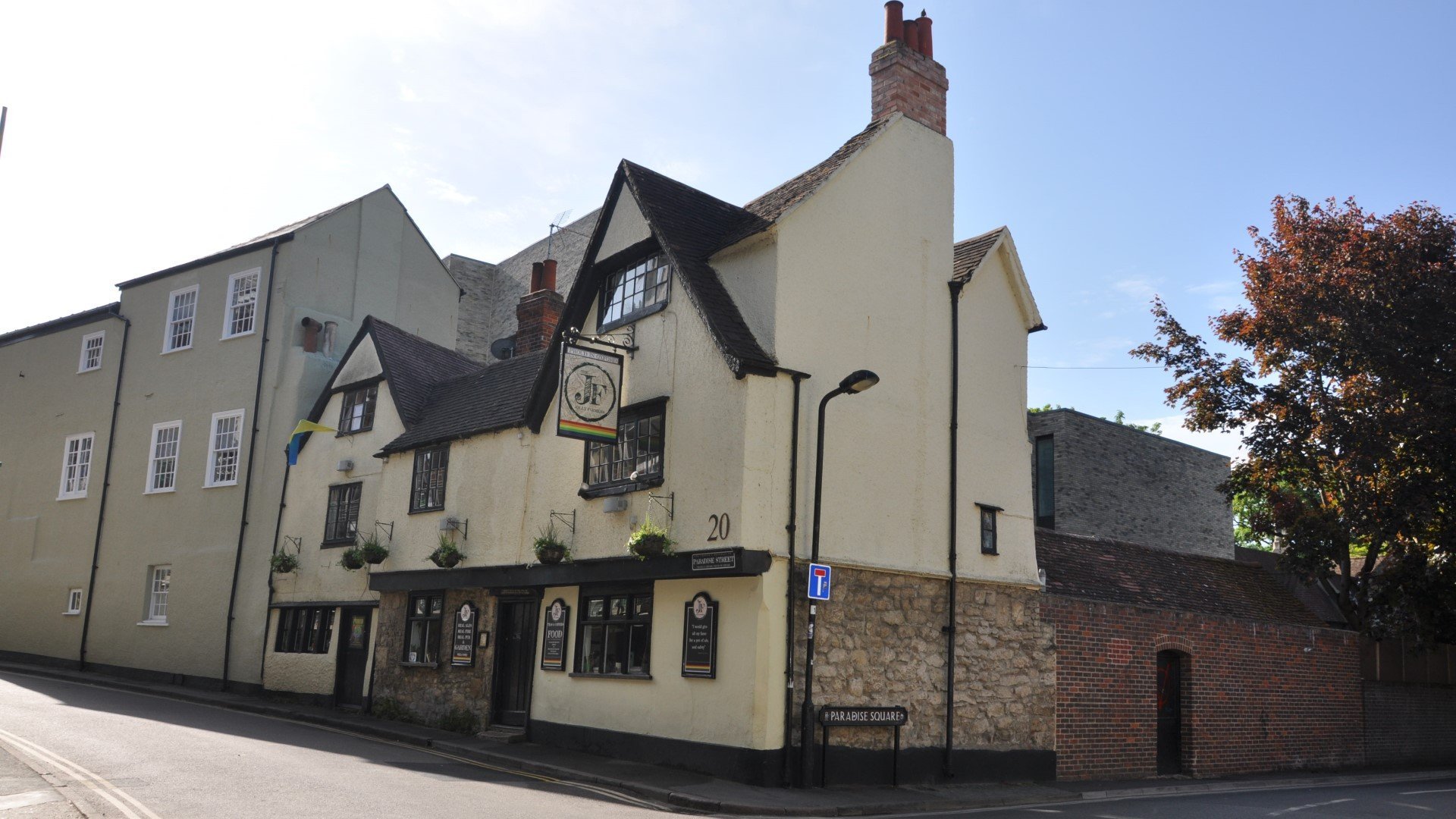 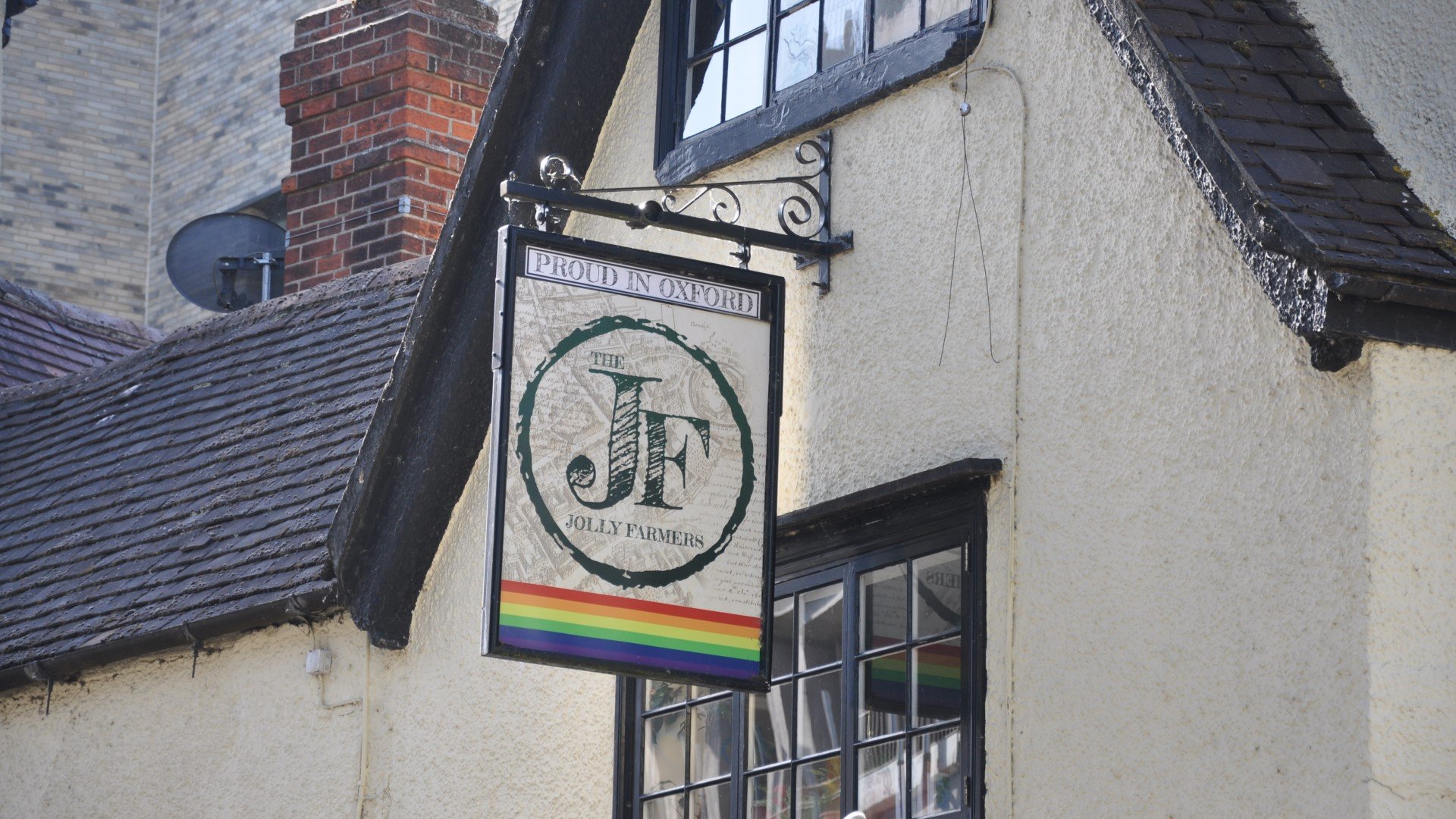