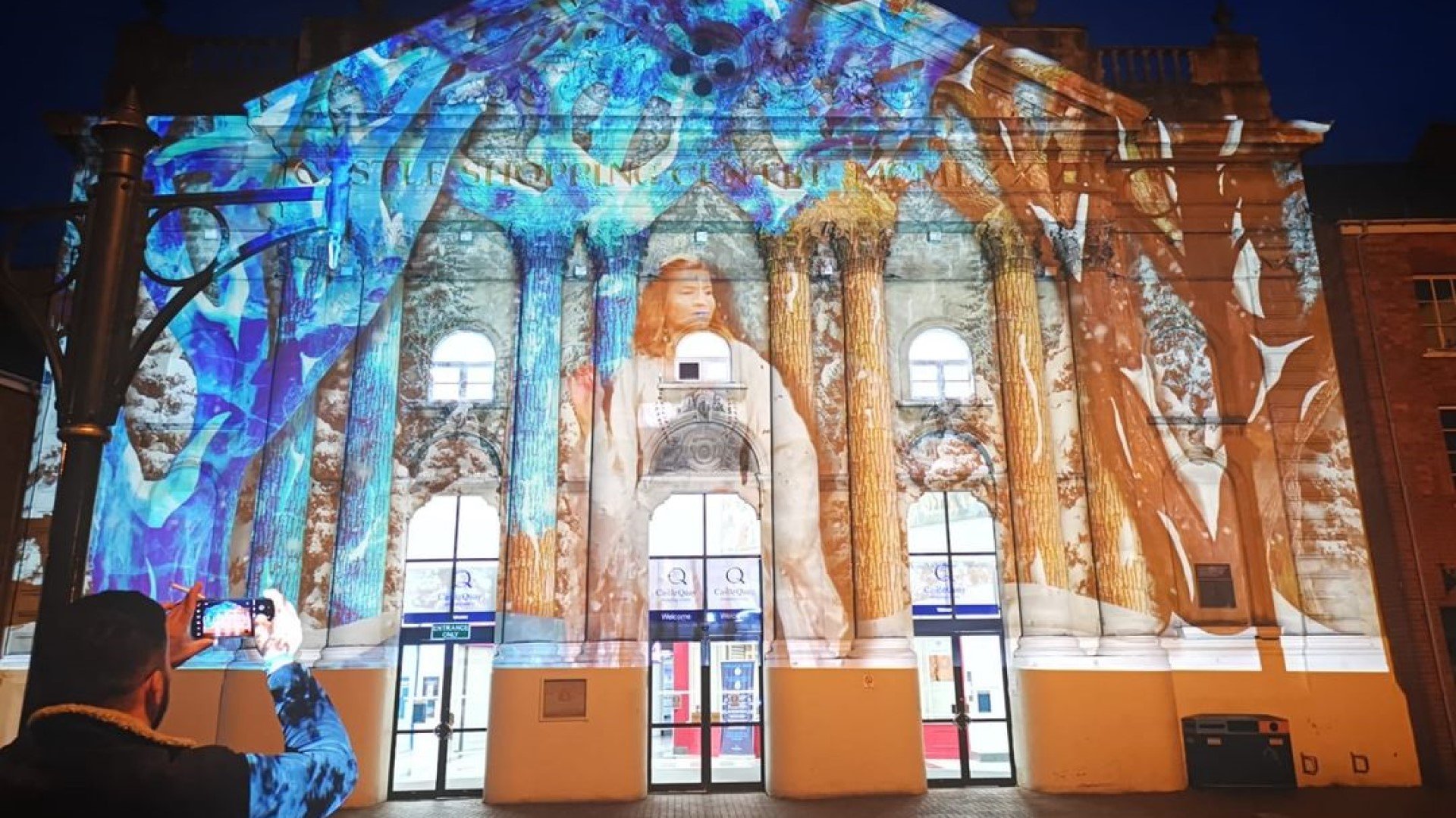 Picture above shows a scene from last year’s film.

The details of Thame’s Christmas event for 2022 will be published on this page nearer the time. But in the meantime, here’s some information from the 2021 light show.

The Banbury Christmas lights switch-on kick off the festive season in Banbury. It’s a family-focused festive event in the heart of the town where the community come together as one.

Previous years have seen live stage music, song and dance marquee, market, fairground, children’s activities and of course Santa in his grotto, with the entertainment commencing at 1.00pm and the light switch on at 6.00pm.

Due to COVID-19 restrictions in 2020, there was a simple switch-on event. The Banbury Business Improvement District (BID) - which brings together 539 levy-paying businesses and organisations in Banbury town centre - organised a light show that featured a series of Christmas- and New Year-themed movies beamed onto the Castle Quay façade in Cornhill to welcome Christmas and celebrate the New Year.

This year, a children’s lantern parade and a festive film show will launch Christmas in Banbury on Saturday, 20 November.

Dozens of youngsters with self-made lanterns will join marching musicians and mischievous elves in a street procession that will make its way to the Cornhill area of Market Place.

The parade, which will start at 5.00pm, will herald the first showing of this year’s Christmas movie – an enchanting seasonal video that will be projected onto the Cornhill entrance to the Castle Quay shopping centre.

The film, described as a festive story with a magical feel, will be shown every day from 20 December until 05 January 2022. It will start at dusk each day and be projected on a rolling basis until late so that passers-by who arrive near the end won’t have to wait long to see the start.

The video has been financed by Banbury Town Council and Banbury BID, who have teamed up with Castle Quay to provide a fantastic follow-up to last year’s successful and first-ever festive film show.

Castle Quay is inviting children to make their lanterns at a free workshop at the shopping centre on Saturday, 13 November, between 11.00am and 4.00pm. (Sessions could be booked via the Castle Quay website, but it was fully booked within hours of becoming available).

Children can also make lanterns at home and take them to the parade.

Banbury mayor Shaida Hussain will arrive on the Hook Norton Brewery dray and present Christmas gifts to the children in the lantern parade.