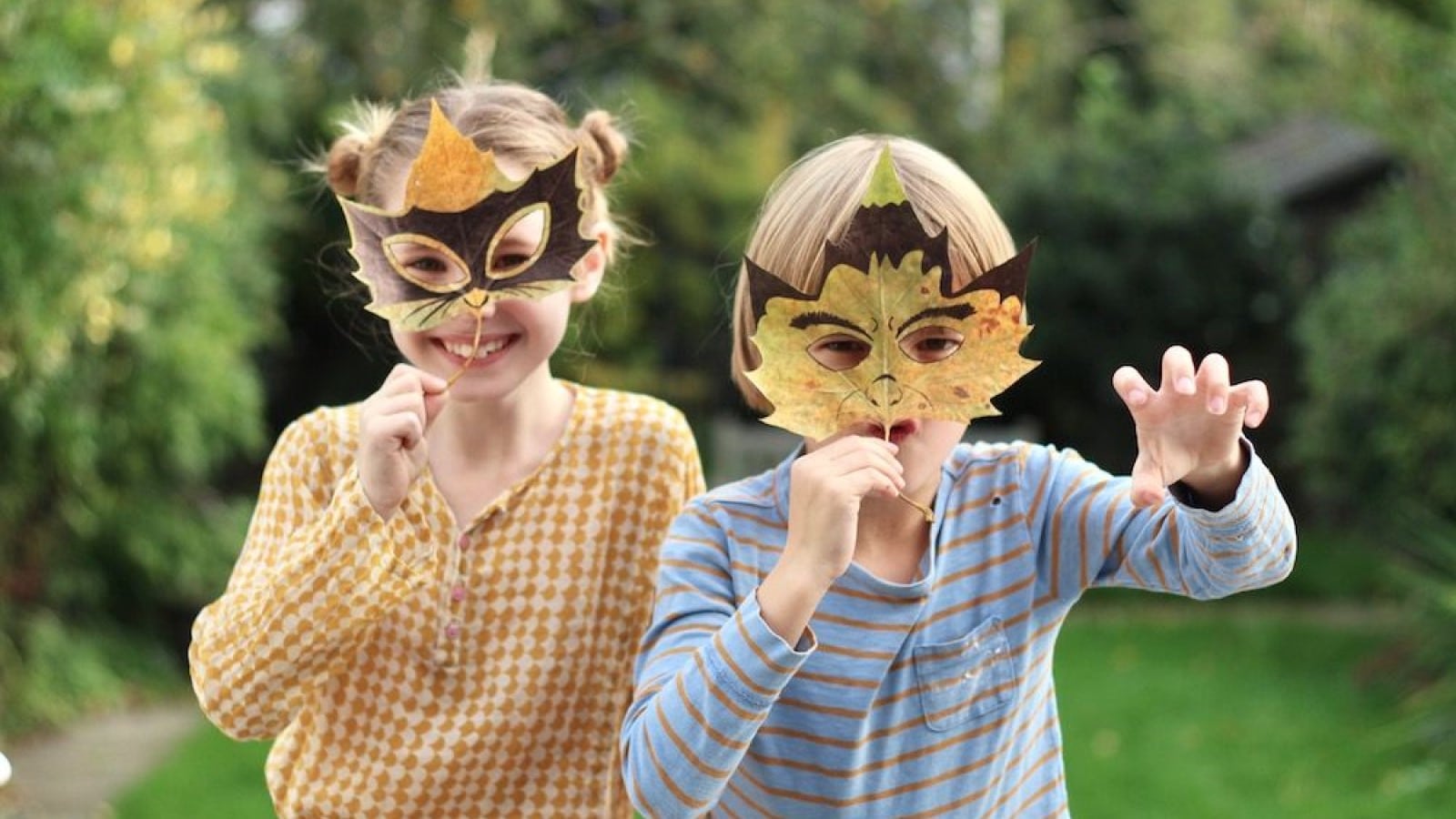 What to do in Oxford and across Oxfordshire this the half term.

The doorbell rings just as Sophie and her mummy are sitting down to tea. Who could it possibly be? What they certainly don’t expect to see at the door is a big, stripy tiger! The Tiger Who Came To Tea Live – a musical play based on the book by Judith Kerr, is on at New Theatre, Oxford from Monday 21 to Wednesday 23 October. You can book tickets here. 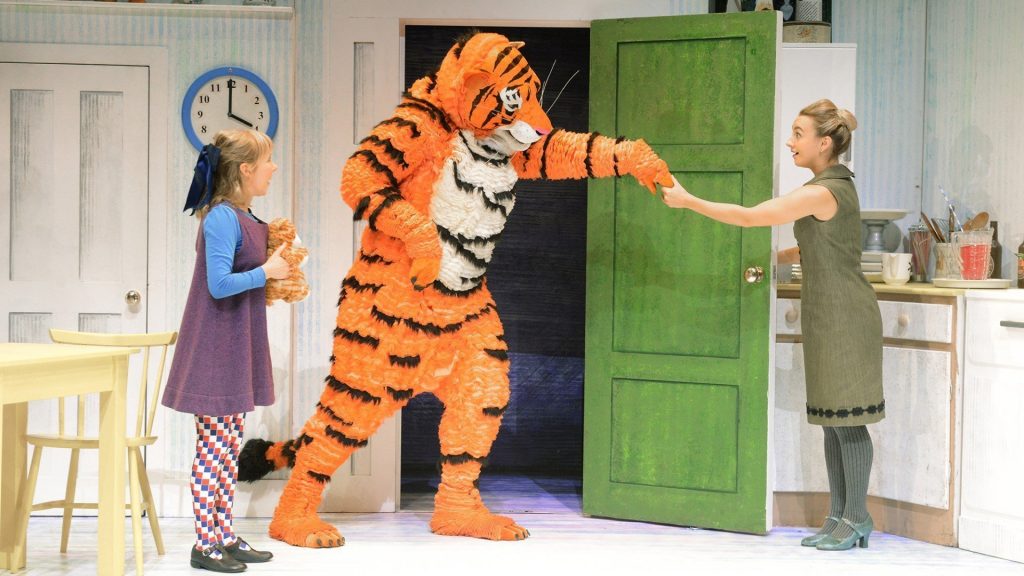 Also New Theatre, Oxford is running a cool Halloween make-up workshop for teens. There are two sessions (11:00 am and 3:00 pm) on Thursday 31 October, and tickets are available here.

Funky Monkey and the Juicy Fruits returns to Pegasus Theatre on Saturday 26 October. It’s a puppet play about some funky food, some gunky food and a monkey dude with a signature blend of fun and gentle humour suitable for children aged 3+.

For children 12+ Nuclear Future is a new play for a volatile world from award-winning company Gameshow that’s on at The North Wall Arts Centre in Summertown, Oxford on Wednesday 23 October. The play shines a light on how one individual’s actions can effect catastrophe for the whole planet.

Something is happening in the woods, voices can be heard, and a strange metallic smell fills the air. Machines are gathering at its edge and a mysterious call is heard across the valley. This incredible show with an important environmental message to share, from the creators of Yana and the Yeti, is also on at The North Wall Arts Centre, on Saturday 26 October, and it’s aimed at children aged between 3 and 8 years old.

The IF Oxford Science + Ideas Festival 2019 runs through the holiday to Monday 28 October, and there’s plenty on offer.

IF Oxford will be taking over the Banks Court area of Templars Square shopping centre this weekend with an exciting selection of fun activities for all ages on Saturday 26 and Sunday 27 October.

The Wantage Literary Festival 2019 is putting on a collection of events covering literature, poetry, comedy, history, science, the arts and much more from Saturday 26 October to Saturday 02 November. The festival is dedicated to promoting the written (and spoken) word in all its forms. 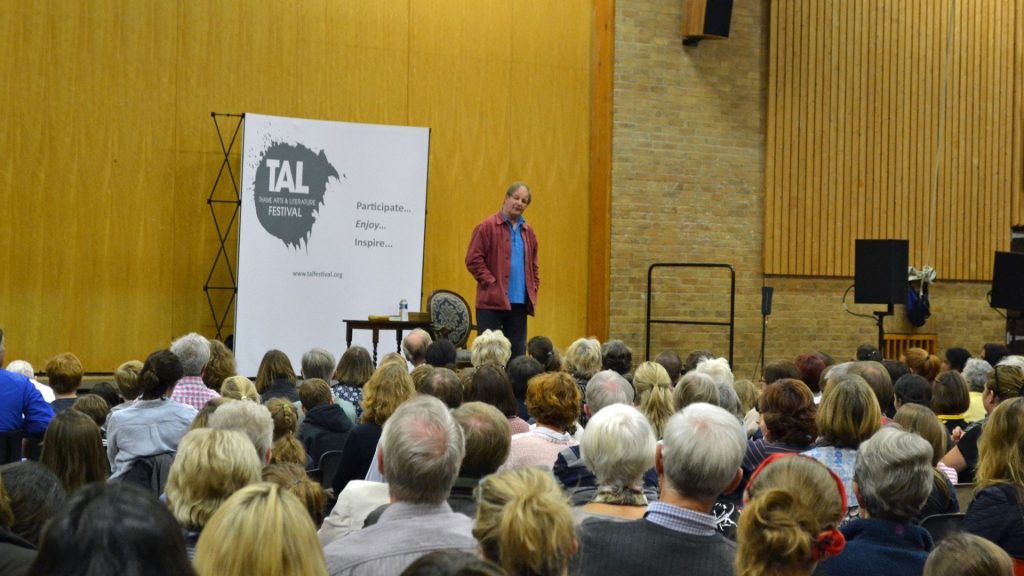 And just before that – from Thursday 17 October to Sunday 20 October – there’s the Thame Arts and Literature Festival or TAL Festival with an equally exciting round-up of Author Talks, Music, Literature, Plays, Readings, Debates and much more in venues across Thame.

Blackwell’s Oxford is hosting a very special Sunday Storytime with Charlie Mackesy and his beautiful new picture book, The Boy, The Mole, The Fox and The Horse which is already one of the favourite books of the autumn. The following Sunday will see Marcela Alatorre-Shirazi reading from her book ‘Allegro Adagio’ which is about a joyful dragonfly who is fascinated by colours. Both events are free to attend, but you’ll need to register your interest in advance. 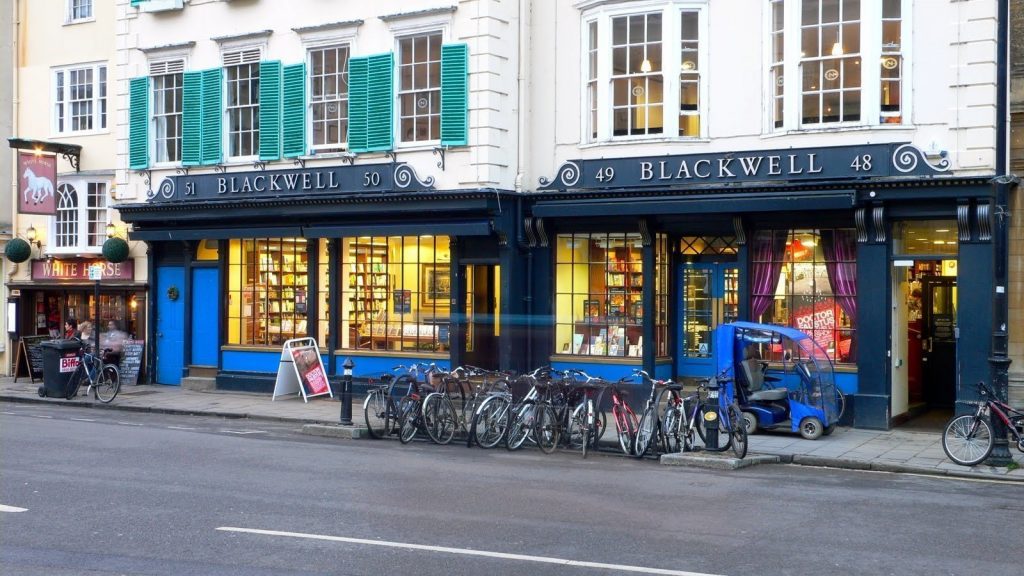 Over at Waterstone’s on Tuesday 29 October, hear the wonderful story of ‘Peter Pixie Visits the Rescue Centre’ by a debut by Oxfordshire-base children’s author Michael J. Woodward. On Thursday 31st October at 2:00 pm, Mostly Books in Abingdon is hosting a creativity workshop with Yuval Zommer where children 5+ can create their own forest. Tickets are £7 per child with £2 redeemable against Yuval’s new book, The Tree That’s Meant to Be. 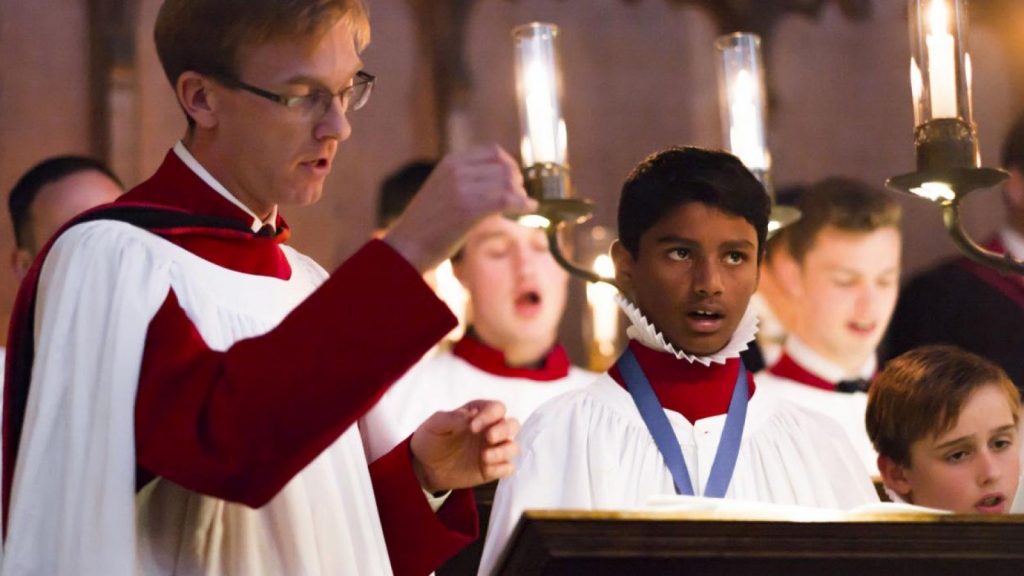 Music is always at the heart of Oxford. University Church on the High Street will be hosting Choral Evensong on Sunday 20 October at 3.30 pm as part of IF Oxford. You can also catch Choral Evensong at Christ Church Cathedral (Everyday except Thursdays) and Magdalen College Chapel on Wednesdays, Thursdays and Sundays. 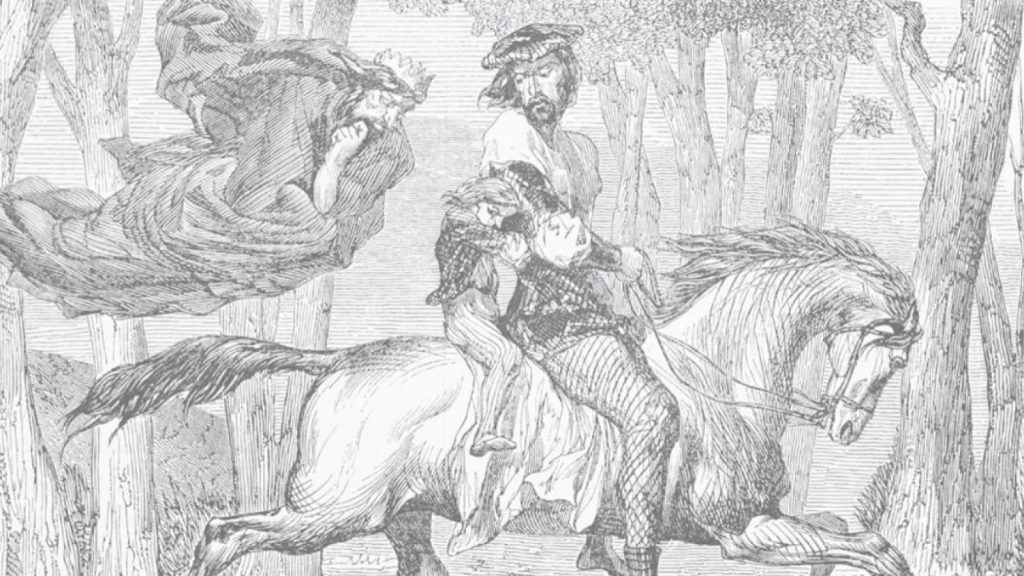 Oxford Lieder Festival continues until Saturday 26 October with performances suitable for older kids at SJE Arts on Iffley Road in Oxford, while the nearby JdP Music Building presents a brand new cushion concert series with Catriona Scott: ‘SoundStories’ on Sunday 20 October (10:00 am and 11:00 am for under 5s, and 12:00 pm for over 5s) .

On Saturday 19 October, at 2:00 pm and 3:15 pm, drop in at The Ashmolean (Gallery 21) for a 45 minutes Ashventures session with stories, gallery hunts, games and crafts. Or explore, play and learn together at the Little Ashmoles session on Thursday 24 October from 10:30 am to 11:15 am in Gallery 44. 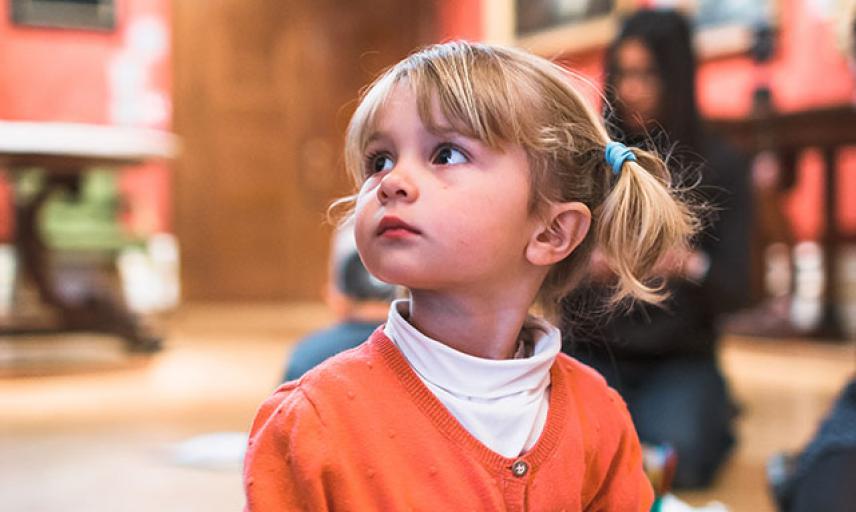 Over at the Oxford University Museum of Natural History, First Animals – an exhibition that looks at the remarkable story of the origin of animals – is on until 24 February 2020. You can drop in on Saturdays to meet scientists to investigate real natural history specimens from the collection (Ages 8+).

The Cookery School at Daylesford Organic Farm has a family cooking class on 20 October and it’s a wonderful opportunity for you and your children to have a fun-filled day of cooking and eating. If you’d rather leave them to their own devices, then, on Wednesday 23 October, there’s the Budding Chefs cookery class for children aged between 5 and 8 years old, and the Junior Chefs cooking class aimed at children aged 8 to 12 years old.

Still on the subject of cooking, at Raymond Blanc’s Cookery School, there’s a full-day Adult & Child (7-12 years) class on 26 October at £555 per adult and child. Older kids can take part in the half-day Young Chef’s Academy on 28 October. 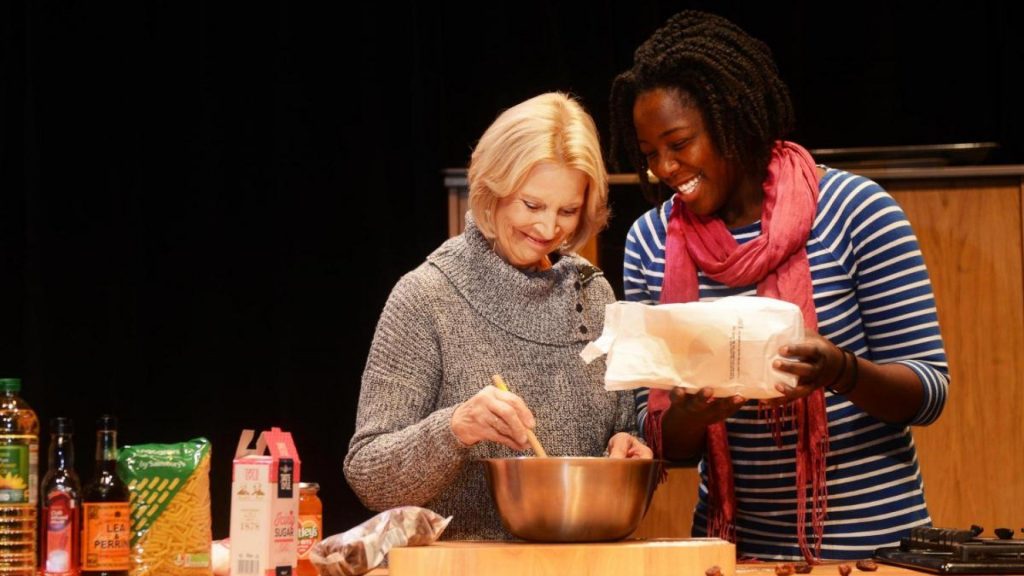 Christine Wallace (a quarter-finalist in the 2013 Great British Bake off) has, once again, organised the Didcot Food Festival which takes place in Didcot’s civic hall on Saturday 26 and Sunday 27 October with MasterChef 2018 finalist, Nawamin Pinathomrat, and MasterChef The Professionals’ Nick Bennett in attendance. It’s free for under 16’s if accompanied by paying adult.

This is a wonderful time of the year to see the leaves turn from green to mustard, orange, russet and red, and where better than one of the botanical gardens and arboretum around. On Wednesday 30 October, there’s a family-friendly autumn craft activity at the Harcourt Arboretum from 1:00 pm to 4:00 pm. (event/family-friendly-autumn-craft).

Over at Blenheim Palace, there’s a delightfully spooky itinerary of Halloween events and activities to entertain your little ghouls including a ghost train ride through the creepy tunnel to the Pleasure Gardens. Batsford Arboretum and Garden Centre have an autumn-themed pottery painting session in their Forest School with The Yard Pottery Painting Co on Friday 25 October (from 10:30 am to noon). Afterwards, you can enjoy free play in their Forest School. 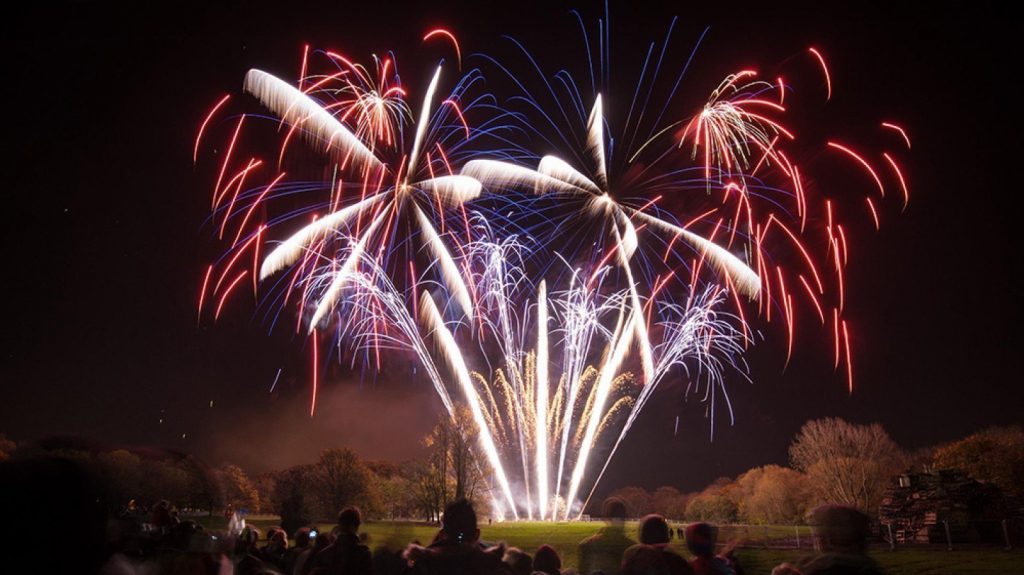 On Saturday 02 November, Oxford’s night sky will be lit up with an exciting charity fireworks display by Oxford Round Table. Gates open at 4:30 pm so you can enjoy the funfair and catering village before the display starts at 6:45 pm. 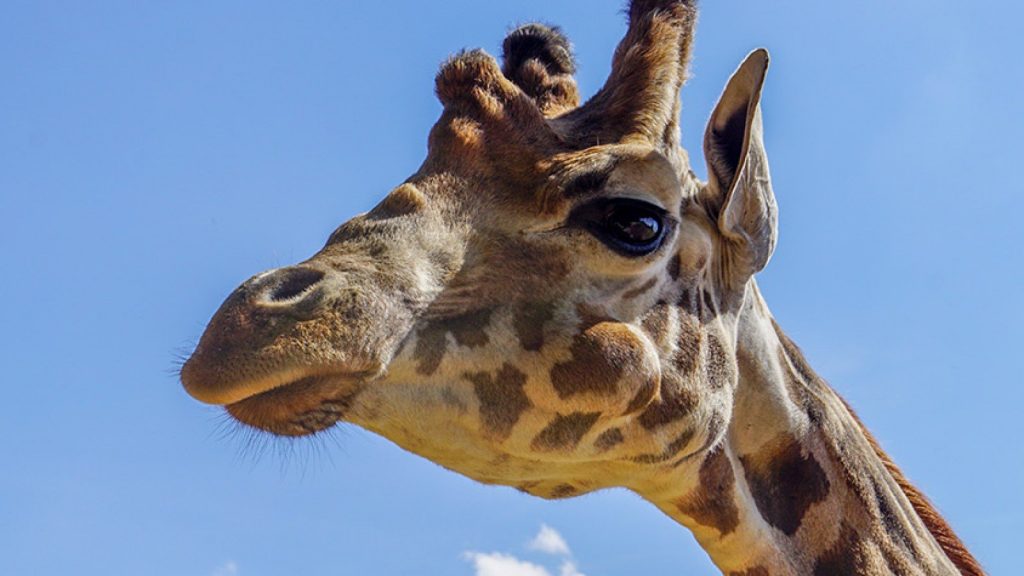 Open every day throughout the year, except Christmas Day, and with plenty of free car parking, the Cotswold Wildlife Park and Gardens in Burford is over 160 acres of beautiful parklands with an amazingly diverse collection of species many of which are endangered in the wild. Watch the Penguins getting fed at 11:00 am, at noon learn more about the Lemurs, see the lions lazying in their enclosure, and get eye-to-eye with Giffaffes. 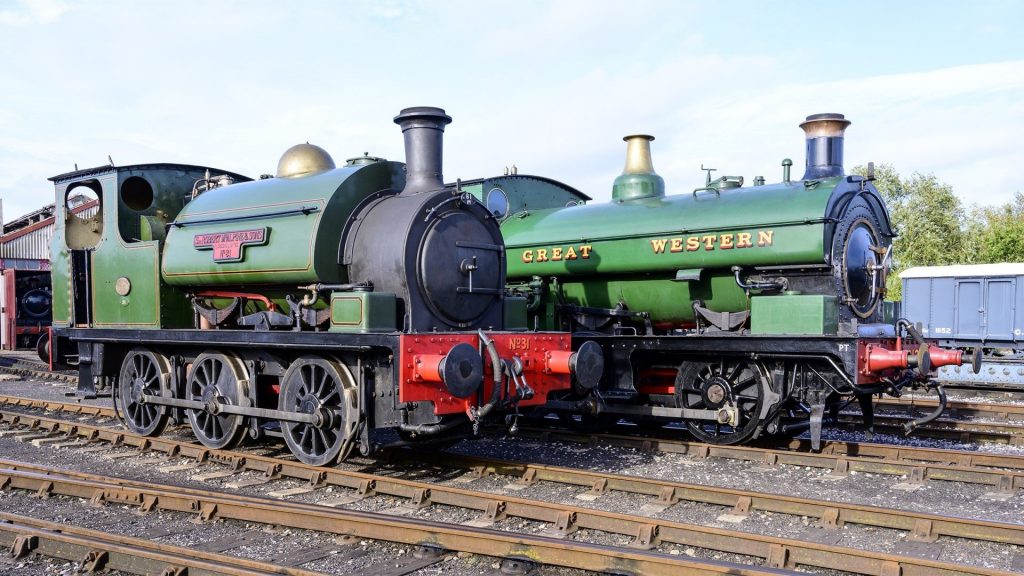 Go and see two very special visiting locomotives on the Half-Term Steam Days – 26, 27, 30 October, 2 and 3 November at Didcot Railway Centre. The pair are both over 100 years old and were built by Hudswell Clarke & Co in Leeds. All the usual attractions and facilities of a Steam Day will be open. Plus, on Sunday 27 October, Sustainable Didcot will be bringing their apple press, which will be set up from 11:00 am to 3:00 pm so take your apples down for pressing.