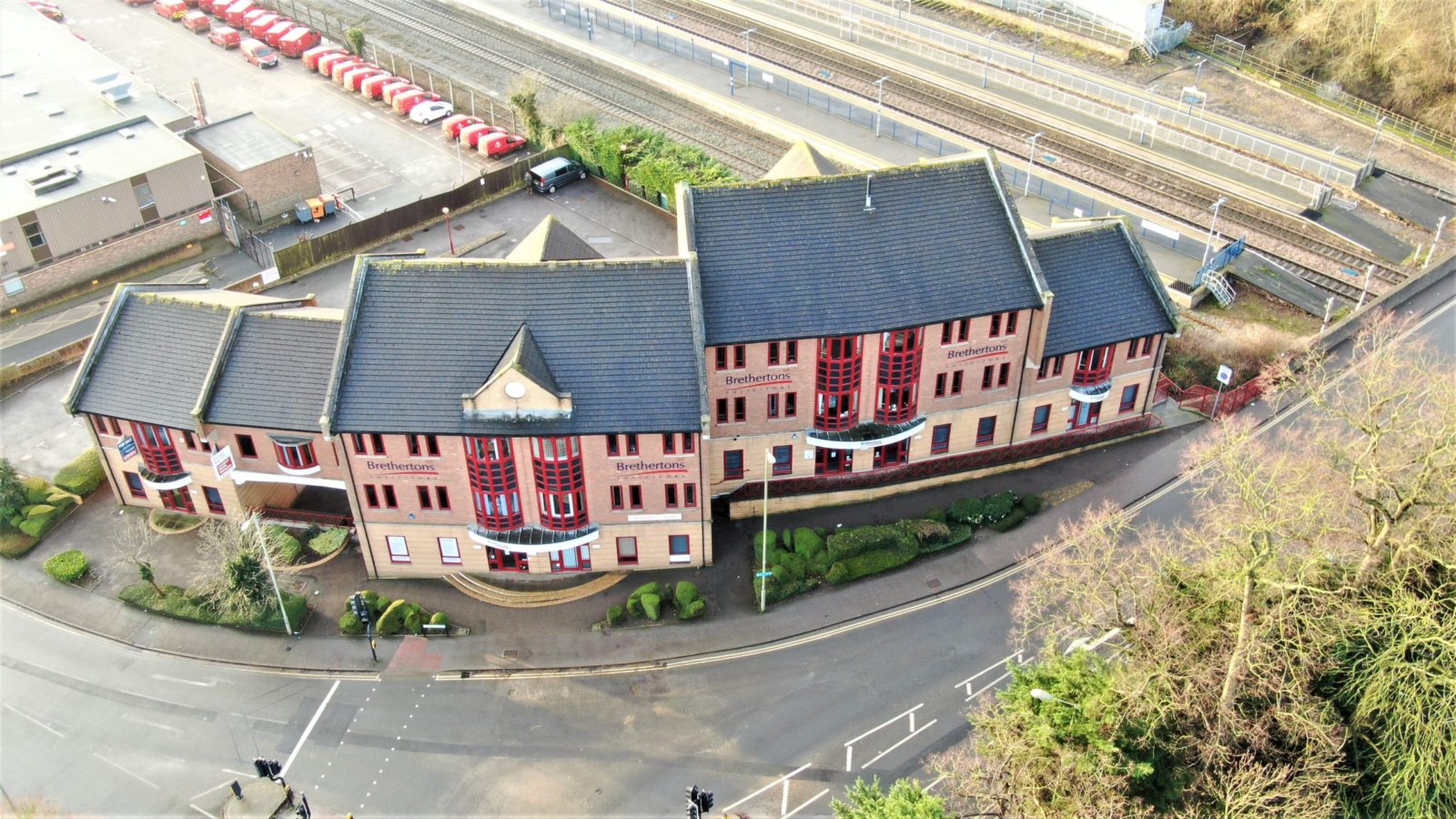 Waterperry Court occupies a landmark site in Banbury opposite Banbury’s mainline London to Birmingham Chiltern Railway. The office scheme, developed by Heron Hi-Tech in the 1990s comprises four modern buildings totalling over 15,000 sq ft on a site of approximately 0.7 acres.

The site and buildings, formerly the Banbury Station Masters House, have been sold to a residential developer who is looking to convert the accommodation into high-quality residential units in Banbury Town Centre.

White Commercial is also advising the Brethertons leadership team on the relocation of the business to new modern office facilities in Banbury – in keeping with the company’s other regional offices.

Chris White of White Commercial comments “Having been involved in the original development of the scheme in the early 1990’s the four self-contained buildings, adapted to meet the rapid expansion of Brethertons, have now been sold and it is likely that the buildings will be developed for residential flats/accommodation with potential to develop further accommodation within the site”.

Alison McCormack, CEO at Brethertons, confirmed “In early October, we announced we were selling our premises at Waterperry Court in Middleton Road, as we were keen to move into more modern, sleek premises fit for the 21st Century and somewhere where our staff would be delighted to work. As a temporary measure, we have taken a lease on a ‘pop-up’ Brethertons office in South Bar, Banbury, which we will occupy until our new ‘forever home’ is ready. Our customers should rest assured that we have not left the town. We have been here for nearly 30 years and have no plans to relocate elsewhere. The scheduled date for the opening of the Brethertons office on South Bar is 1st December”.