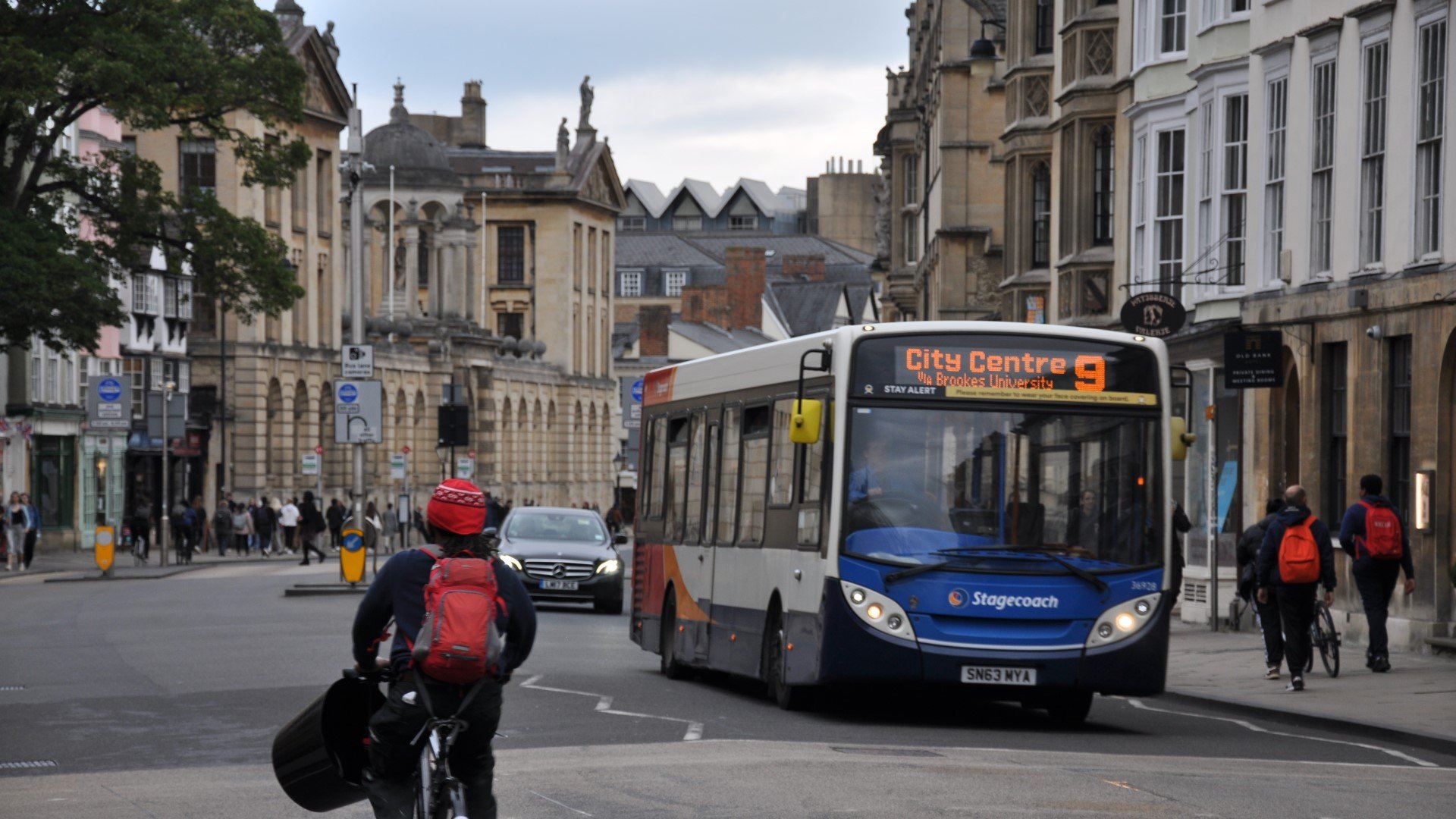 Oxfordshire County Council’s cabinet will be urged to demand more from private bus operators involved in a new partnership with the authority.

Oxfordshire County Council’s cabinet will be urged to demand more from private bus operators involved in a new partnership with the authority.

More focus and engagement with districts and rural areas outside Oxford, contributions towards facilities from providers and tickets that can be used across services run by different companies were among the things suggested by the county’s Place Overview & Scrutiny Committee.

It all emanates from the National Bus Strategy, which requires local authorities to choose one of two options.

The first is an enhanced partnership, where the council has a say in frequencies on certain routes and multi-operator ticket pricing. The second is to franchise bus services, getting companies to bid for them with things like routes, fares and frequencies decided by politicians, an option that would require government permission.

Oxfordshire went with an enhanced partnership and worked with firms to develop its Bus Service Improvement Plan (BSIP), an application for £56 million worth of government funding to improve services and connectivity, but only £12.7 million was awarded.

Within the current plan, the council commits to £6 million worth of spend towards 159 electric buses and a wealth of measures to influence the free movement of buses, including enforcement cameras to monitor bus-only routes, consideration of buses when it comes to parking regulations and “enhanced priority to bus critical infrastructure” when it comes to highways works.

The main obligations for the companies are to ensure number grids and timetables are up to date, that buses running through Oxford city centre meet emissions standards and effective marketing and promotion of bus services, a balance that Councillor Arash Fatemian (Con, Deddington) feels is out of kilter.

“I was struck that the requirements to be met by bus operators seemed particularly light and not particularly onerous,” he said.

“There is very little spend involved in any of that. The only real thing is to meet emissions standards.

“It seems to me a very one-sided partnership, 90 per cent of the onus is on the county council… It doesn’t seem like much of a partnership… We could, for example, ask them to invest in cycle parking at bus stops.”

Councillor Charlie Hicks (Lab, Cowley), the vice-chair of the committee, argued that “the governance model is too big, private operator heavy”, adding: “It seems to me they hold too much relative power in the system, they are still going to drive it, and we will only be doing tweaks.”

On ticketing, he said: “I would like to recommend in the firmest language possible to hold the bus operators to integrated ticketing and not woolly stuff… a single card that works across all operators as is best practice in other parts of the country and the world.

“That would be huge and is the sort of ambition we should be holding them to rather than asking them nicely.”

The draft partnership is to be submitted to the Department for Transport by the end of June. Bus operators will then be consulted ahead of the final submission later in the year.