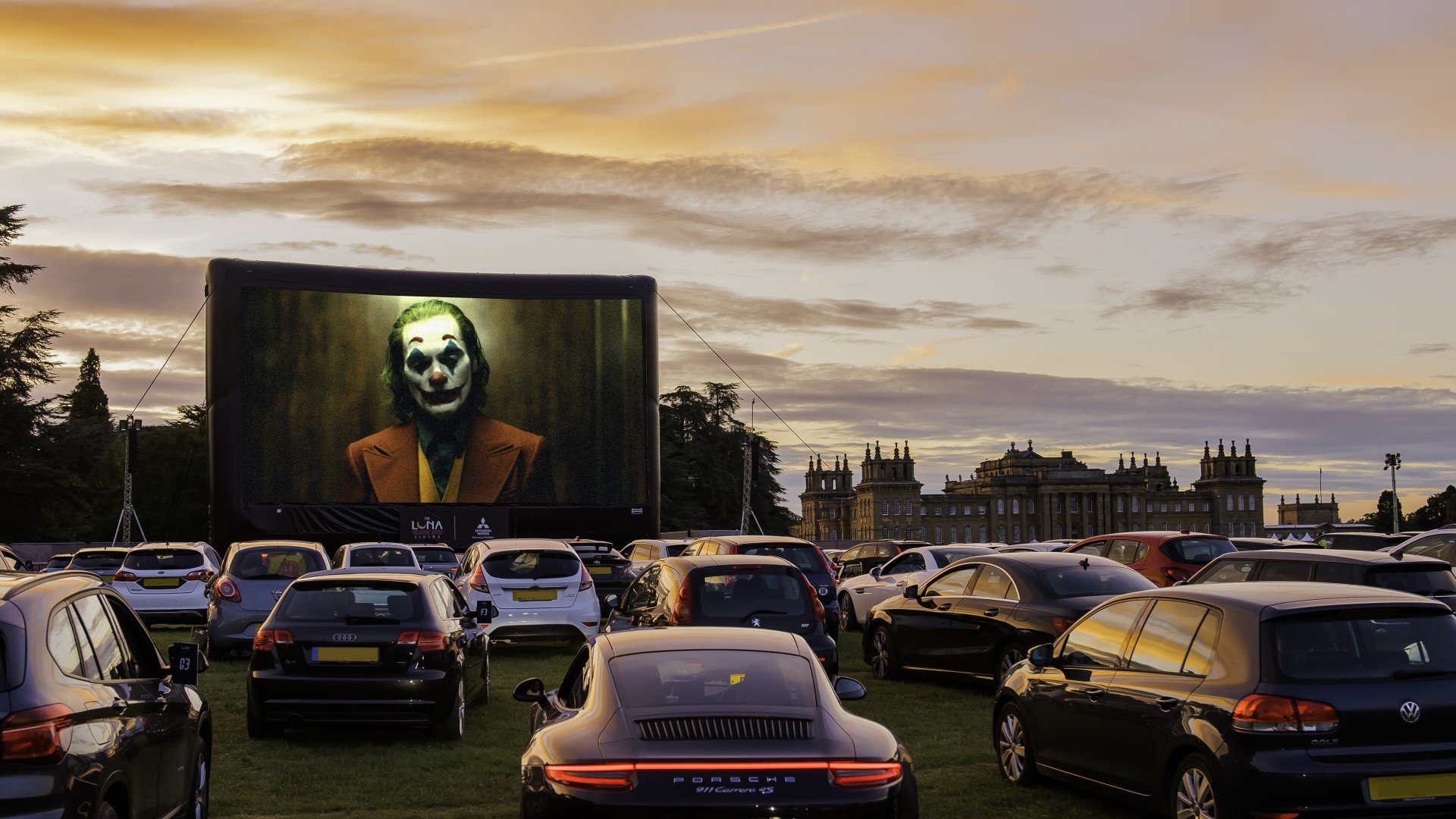 The Luna Cinema, the UK’s leading outdoor cinema company, has announced the return of it’s amazing drive-in cinema to the stunning grounds of Blenheim Palace. The The Luna Drive-In Cinema at Blenheim Palace is on from daily 06 to 24 May.

Following the government roadmap announcement that allows specific entertainment to start again, film fans will have the opportunity to experience new and classic movies in a nostalgic, socially distanced setting.

Over the past 13 years, The Luna Cinema has established itself as the market leader in the UK’s open-air and pop-up cinema industry. Pivoting to a drive-in format in response to the pandemic in 2020, the hugely popular experience attracted nearly a quarter of a million people across the year, with 179,000 in the summer alone!

After a long winter lockdown, film fans will be delighted to hear it is returning once again this April at sites across the country, including Blenheim Palace, Knebworth House, the Birmingham NEC and Bluewater in Kent, with more venues to be added soon.

For those experiencing Netflix-fatigue, the time has come to return to the beauty of big-screen cinema, and an evening out that fuses the nostalgia of classic Americana with state of the art technology for a 21st Century take on the drive-in cinema format.

The new drive-in season kicks off on 12 April and will be followed by The Luna Cinema’s traditional outdoor cinema, which is set to open in late June. Venues will hold between 180 and 400 cars per screening and will utilise both the highest definition outdoor LED screens and Luna’s traditional digital projection cinema solution across the various sites.

Bluewater will present two screenings each night from Monday to Fridays. At the weekends, there will be three screenings starting in the afternoon with a film for all ages, followed by evening showings against the backdrop of the setting sun.

Knebworth House, Blenheim Palace and NEC Birmingham will host a single screening each evening, 7 nights a week. It’s the perfect night out for those eager to escape lockdown as soon as the government roadmap allows!

Bringing drive-in into the 21st century, The Luna Cinema is bringing back its hugely successful bespoke sound system, the only one of its kind in the UK. This means each car has its own personal wireless speaker so viewers can hear the film in amazing cinematic quality digital sound without any distractions.

The return of this technology will mean there will be no need to have the car radio running and risk draining the car battery. There will also be a fantastic selection of food and drink items available either as a pre-order with tickets or ordered from the car on the night using a smartphone and collected in safe socially-distanced collection points.

Film buffs are in for a treat as The Luna Cinema celebrates the anniversary releases of some cult classics including 25 years of Romeo + Juliet, 20 years of Legally Blonde, and 35 years of Ferris Bueller’s Day Off. What better way to celebrate these films than watch them in all their big-screen glory?

The Luna Cinema will also be featuring many more classics such as The Goonies, Grease, Back to the Future and Dirty Dancing. For those who want to see more recent releases, the line-up also includes Disney’s Onward, Wonder Woman 1984, Rocketman, Joker and Knives Out. There’s something for everyone to enjoy!

George Wood, the founder of The Luna Cinema, said: “Following an extended winter break, we are incredibly excited to be announcing our Spring drive-in season, starting in April, and to be able to offer the return of the big screen experience for all those people desperate for some entertainment that isn’t inside the four walls of your living room.

“The move to Drive-In Cinema in 2020 was a revelation for us, after staying away from the format for the previous 12 years! The socially distanced element was a given, but the level of audience enjoyment and communal sense of being part of an event that manages to blend that rose-tinted 1950’s American nostalgia with brand new 21st-century technology to bring the drive-in cinema right up to date, took us all by surprise. People clearly love the experience and it wasn’t just the novelty of getting out of the house! It took a pandemic, but the drive-in cinema is now a part of the UK’s cinema offering and long may it continue.

“We’ve managed to make every aspect of the event fully compliant with social distancing regulations, from the way the tickets are scanned through to the provision of food and drink. Audiences can feel confident we have created an experience that is safe so they can have confidence in returning to one of the things we’ve all been missing most in this current lockdown – enjoying a great film on a giant screen under the stars.

“The summer is set to be filled with the triumphant return of open air cinema, with hundreds of Luna screenings planned for the country’s most stunning green spaces, but in the meantime, it’s all about the drive in and we can’t wait to welcome audiences back for a fantastic Luna drive-in cinema experience.”