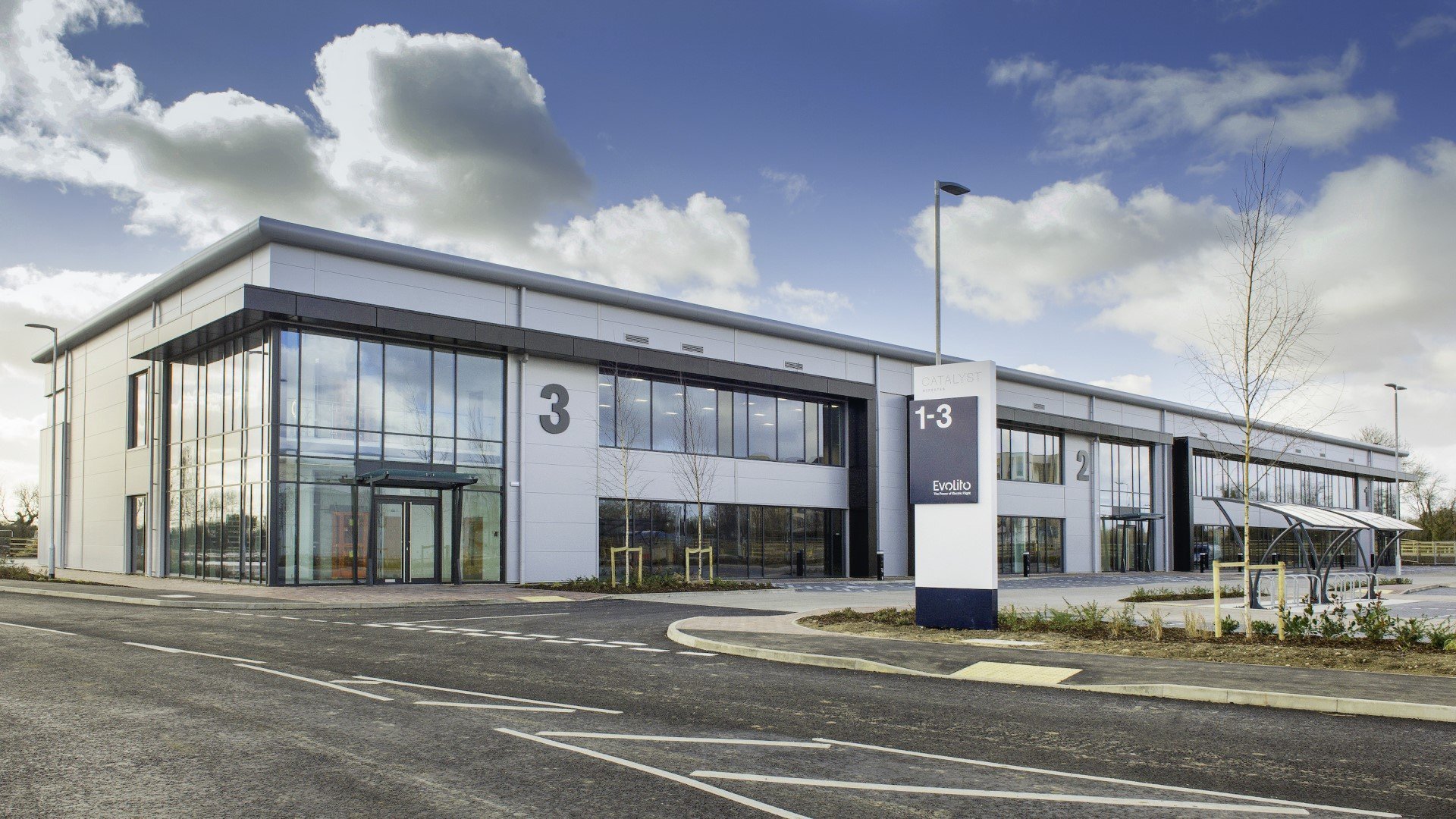 Evolito, the company behind the world’s most advanced urban air mobility motors, has taken the first three units for its new HQ at Catalyst Bicester, the new under construction, £100 million advanced manufacturing and technology business community in Bicester, Oxfordshire.

The company has taken units 1 to 3, which are interconnected and total 38,000 sq ft (3,530 sq m), to continue its mission to accelerate the adoption of electric flight.

Catalyst Bicester is under construction to the town’s south, just off the A41 adjacent to the Bicester Avenue retail centre and the new Holiday Inn and under two miles from J9 M40.

The new David Lloyd Health and Racquets Club at Catalyst Bicester is under construction and is due to open in autumn 2022.

Evolito has now commenced an extensive and highly specialist fit-out of the new premises ahead of relocation from its current Kidlington base.

Evolito is the first business to take a lease at Catalyst Bicester, and the deal comes at the same time that Siemens has announced a new MRI production facility.

Simon Parsons, Albion Land, explained: “We warmly welcome Evolito as the first company to join Catalyst, and what a company.

“When we started this project, our third major investment in Bicester, it was in response to demand from technology, advanced manufacturing and high-performance engineering companies to create many new jobs and help to reduce out-commuting from the town.

“Evolito’s arrival – a pioneering company leading the electric flight revolution – is exciting news for Bicester. Bicester is becoming the focus for technology and knowledge-based industries in north Oxfordshire.”

Construction of phase one, comprising units 1 to 4, was completed in March 2022. Strong interest has been received for unit 4, a stand-alone, high office content technology building totalling 21,520 sq ft (1,999 sq m).

Albion Land has announced that in response to further technology-based enquiries, it plans to start construction of phase two in early 2023, with units ready for occupation by November 2023.