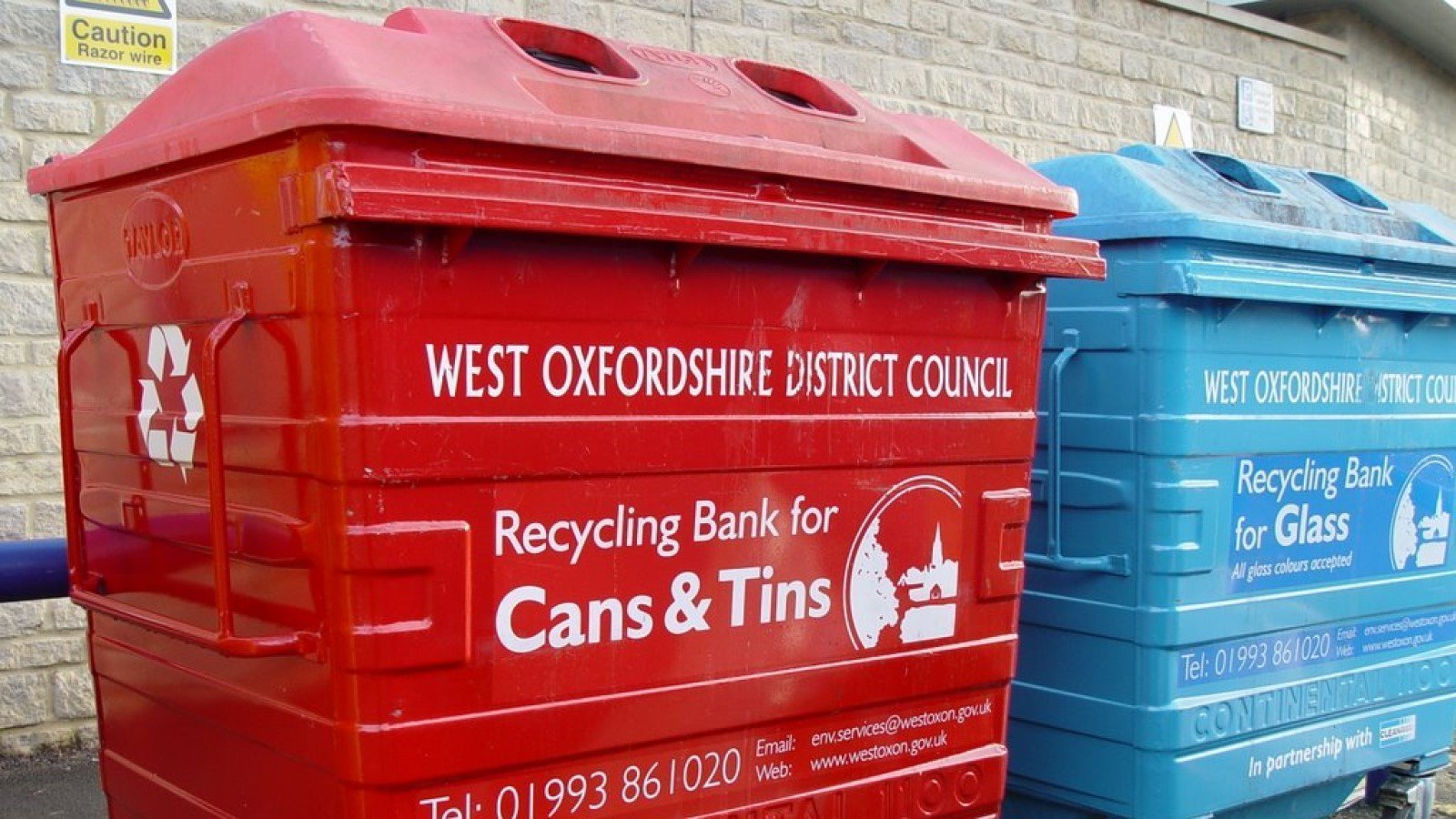 After a comprehensive review, West Oxfordshire District Council is set to remove all of its community recycling sites now that every household has a fortnightly kerbside recycling service.

A total of 15 ‘bring’ sites will be removed in a structured programme following a rise in littering and fly-tipping.

Residents are urged to make full use of their kerbside blue bin recycling service which can handle a wide variety of items including batteries, cooking oil and electricals as well as paper, cans, glass and cardboard.

Councillors have also agreed to increase the number of items that can be disposed of using the bulky waste service from three to four with the fee being frozen at £27.68.

Traders are urged to use the Council’s commercial waste service. Anyone caught fly-tipping will be prosecuted and fined.

“Recently these sites have been abused with people littering and fly-tipping and are continually having to be cleared up by our waste crews.

“I am confident removing these sites will actually benefit our environment and we will continue to crack down on fly-tipping and prosecute offenders.”

Sites at Carterton, Burford, Clanfield, Eynsham and Long Hanborough have already been removed at the request of parish councils while supermarket operator Asda also asked for the removal of the Council facility in Carterton. As a result of removing these facilities there has not been an increase in fly-tipping.

The move was approved at a meeting of the Cabinet on 18 November. The decision is subject to the usual call-in period before final confirmation.