Planning officers at West Oxfordshire District Council have rejected criticism over failing to hit housing targets during a grilling from councillors on Monday.

The authority was deemed unable to prove it has a five-year housing land supply by the Planning Inspectorate – a national body that has the final say when applicants are unhappy with outcomes from councils in an appeal earlier this year.

Councils must show that there is enough land dedicated within its local plan to cater for an adequate number of new homes over the next five years and enough homes then being seen through to completion.

When a council cannot meet its target, national guidance says a “presumption in favour of sustainable development will apply”, meaning developers benefit from greater scope to build on land that is not allocated for housing.

The inspector deemed the real figure in West Oxfordshire to be “closest to the appellant’s submitted position of 3.68 years” – more than 26 per cent short of the position the council stated in December 2021.

Chris Hargreaves, planning policy manager at West Oxfordshire, expects to be able to announce the council’s current position by the middle of next week, a source of frustration for Councillor Alaa Al-Yousuf (Con, Freeland & Hanborough).

Mr Hargreaves replied: “Time spent now, checking that we are happy and that it is a robust position statement, I think is better than rushing it.

“Last year’s was published in December, so we are not any further behind most authorities. What we are keen to do is make sure it is as robust as possible.”

Councillor Al-Yousuf also called for a press release to be issued once the new position is known, but Mr Hargreaves noted that was not typically done.

“Whether we choose to do so in this instance will depend on a number of things, what it says, what message we want to give. I am happy to take that suggestion on board, so there is public knowledge that this is out there,” replied Mr Hargreaves.

Councillor Al-Yousuf interjected, saying: “Transparency, engagement, your council.” Mr Hargreaves responded: “I understand the point you are making, thank you.”

Councillor Jeff Haine (Con, Milton-under-Wychwood), who chaired one of the district’s planning committees before the change of administration in May this year, asked how many houses the shortfall amounted to, adding: “What are we doing to hurry those up and get them moving so we can claim a five-year land supply again? I am not sure our officers see the urgency of this.”

Mr Hargreaves said work on an approximate figure of 1,000 homes per year with the district deemed to be around 1.3 years short of its supply.

He added: “I would agree, there has been (slow progress) on some of the sites, (but) not all of them.

“I would say we do very much recognise the importance of the issue. Having taken eight years to get the local plan through to adoption, what we don’t want is to be back to this planning-by-appeal position. It is a super-frustrating position for all concerned. We don’t underestimate the significance of the issue, and we are doing all we can to unblock and unlock where there have been delays.

“It is a quirk of the system that we are benchmarked, not on permissions granted, but the number of homes completed, which we don’t have direct control over. We have been working with developers and landowners… we feel the frustration, but we really are doing all we can.”

Councillor Nick Leverton (Con, Carterton South) asked when it had become apparent to officers that the district was going to fall short.

“It is a difficult one to answer,” said Mr Hargreaves.

“You might say the moment the local plan was adopted, that we would have known by this point that it would become increasingly challenging to demonstrate a five-year supply because the per-annum requirement ratchets up from 2021 onwards and particularly from 2024 onwards when it goes above 1,000 per year.

“It was always going to be difficult to substantially increase the average rate of delivery in the district and sustain that over a period of time.

“We published our position statement in December 2021, and that said, we had a five-year supply. At that point, we felt it was a reasonable statement. We wouldn’t have said it otherwise.

“The inspector felt we didn’t have enough tangible evidence of delivery when you look at the requirements of the NPPF (National Planning Policy Framework) and the guidance that sits with it to substantiate that claim. That is what we have been working on in terms of the new update to document better the anticipated delivery.”

Planning officer Phil Shaw later entered the discussion, highlighting some of the challenges faced by local authorities when it comes to housing targets, particularly around having no control over when developers choose to build.

“If you are talking about a 1,000 shortfall, where are the 1,000 houses you have refused in the past 12 months that would have made the difference? Were they really there? I suspect they weren’t,” he said.

“The ones you refused were poor schemes, and they shouldn’t have been approved. We have very little control over what comes through the door, you can encourage it, but when it is in, there is the test of whether it is okay or not.”

Mr Shaw added: “If the government were testing us on what planning applications we had approved, I think there might be some sort of sanction. The problem is they test developers on what applications are deliverable and punish us for the developer not delivering.

“It is very easy to criticise Chris (Hargreaves) and say ‘you should have done more’, but when you actually unpick it and say what should we have done, the only things we could have done were stop the pandemic, stop Brexit and schedule a booming economy.

Size of the gap

Councillor Rizvana Poole (Lab, Chipping Norton) asked why there had been such a disparity between the figure the council thought it had compared to what the Planning Inspectorate decided.

Mr Hargreaves reported that a legacy backlog of homes delivered had been caught up on, which would aid the council’s cause, and that the disparity had been caused by how many homes were deemed as deliverable over the next five years on sites that are in the pipeline.

“The big difference is that we have been trying to get firmer evidence of delivery from those bringing forward the sites, particularly where there have been issues,” he said.

“At the Burford appeal, we were saying sites would deliver X number of houses, and the appellant was saying they wouldn’t because of these factors. We have tried to consider what those factors are, speaking to the site promoters and asking what the realistic assumptions are and what we can say about delivery on those sites within the next five years.”

It was noted that a recent article showed 37 per cent of planning authorities are short of a five-year supply, with some demonstrating less than two years.

“For us to be up anywhere near five, particularly given the numbers we are dealing with as well, is quite an achievement, to be honest,” said Mr Hargreaves. 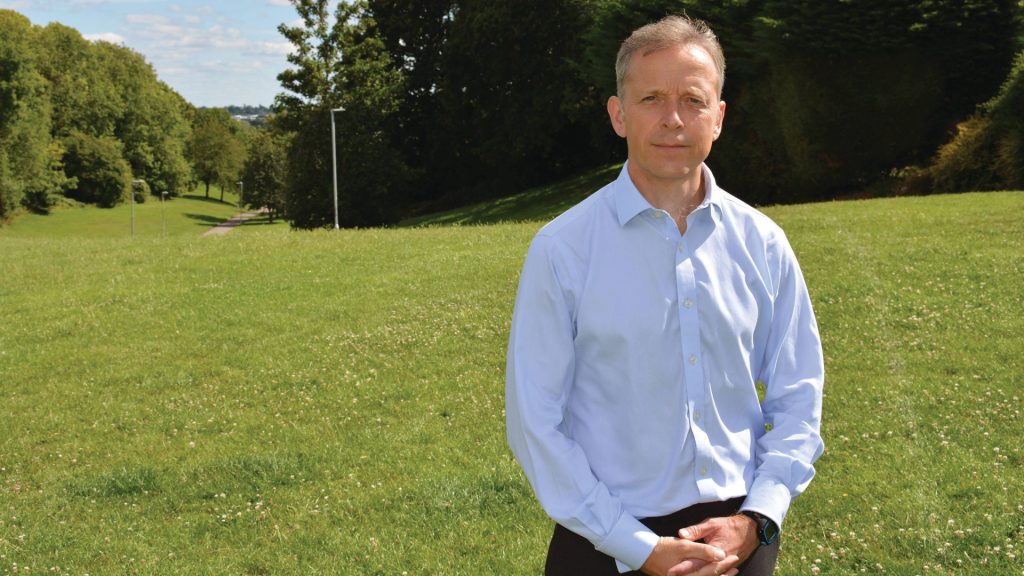