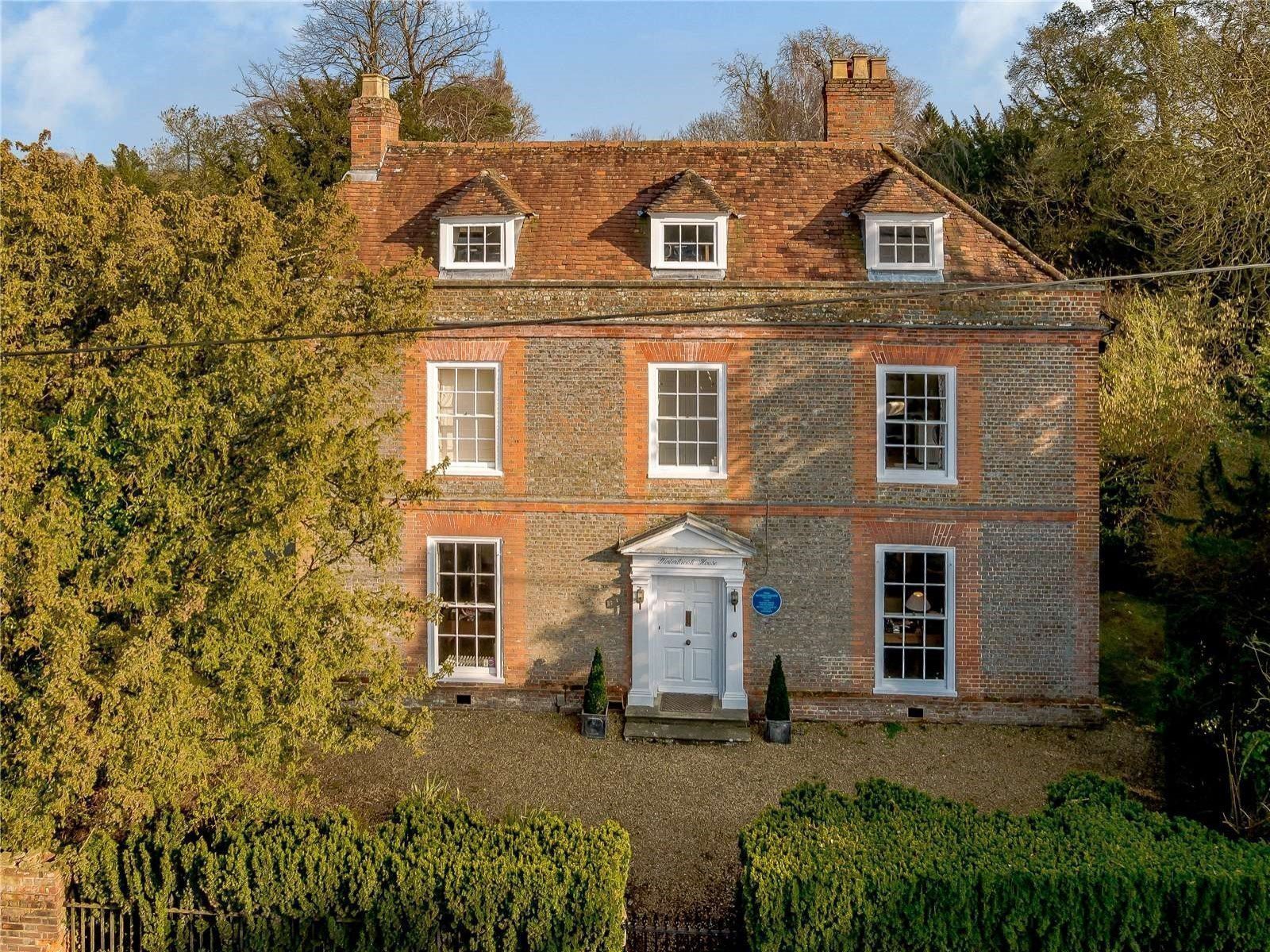 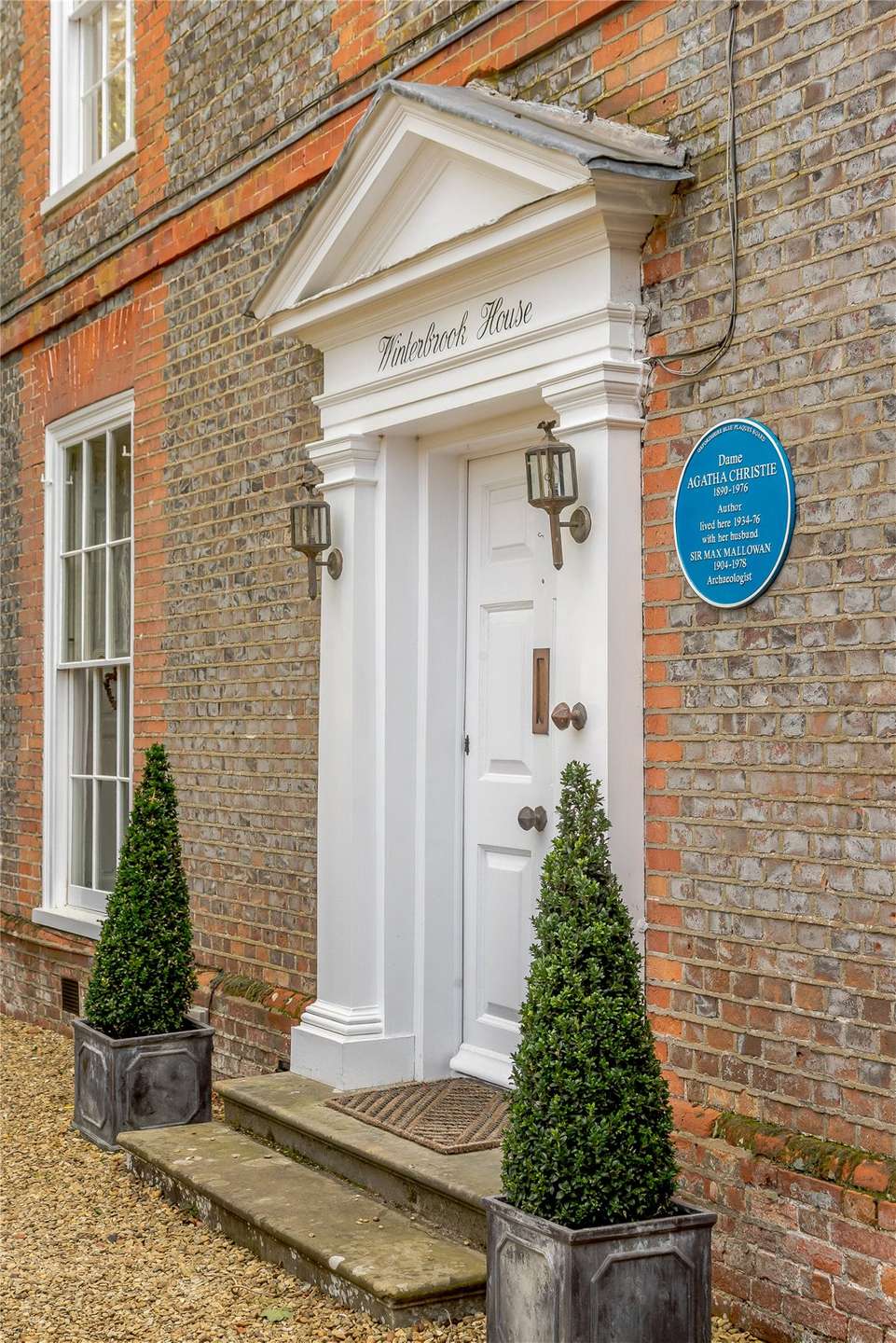 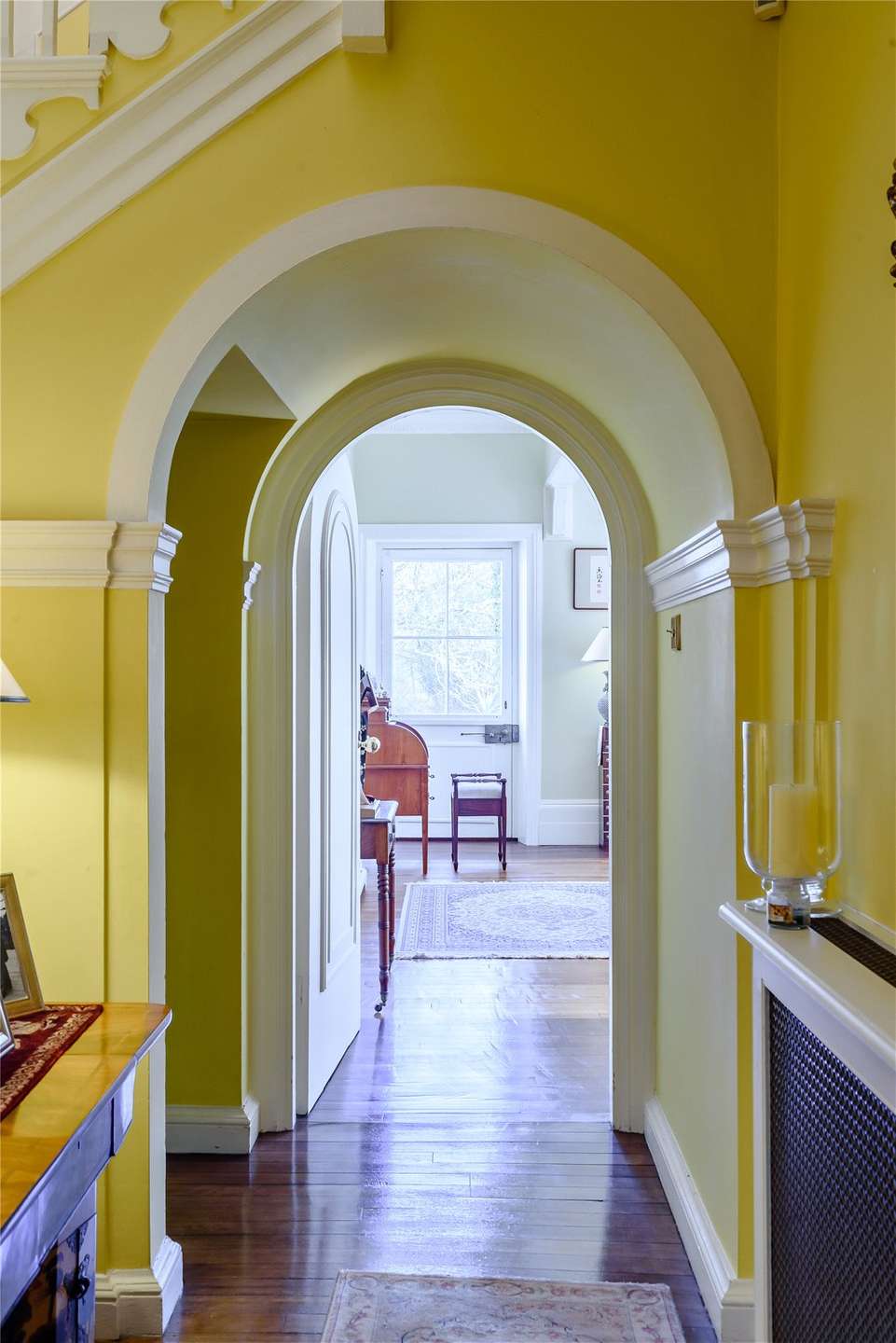 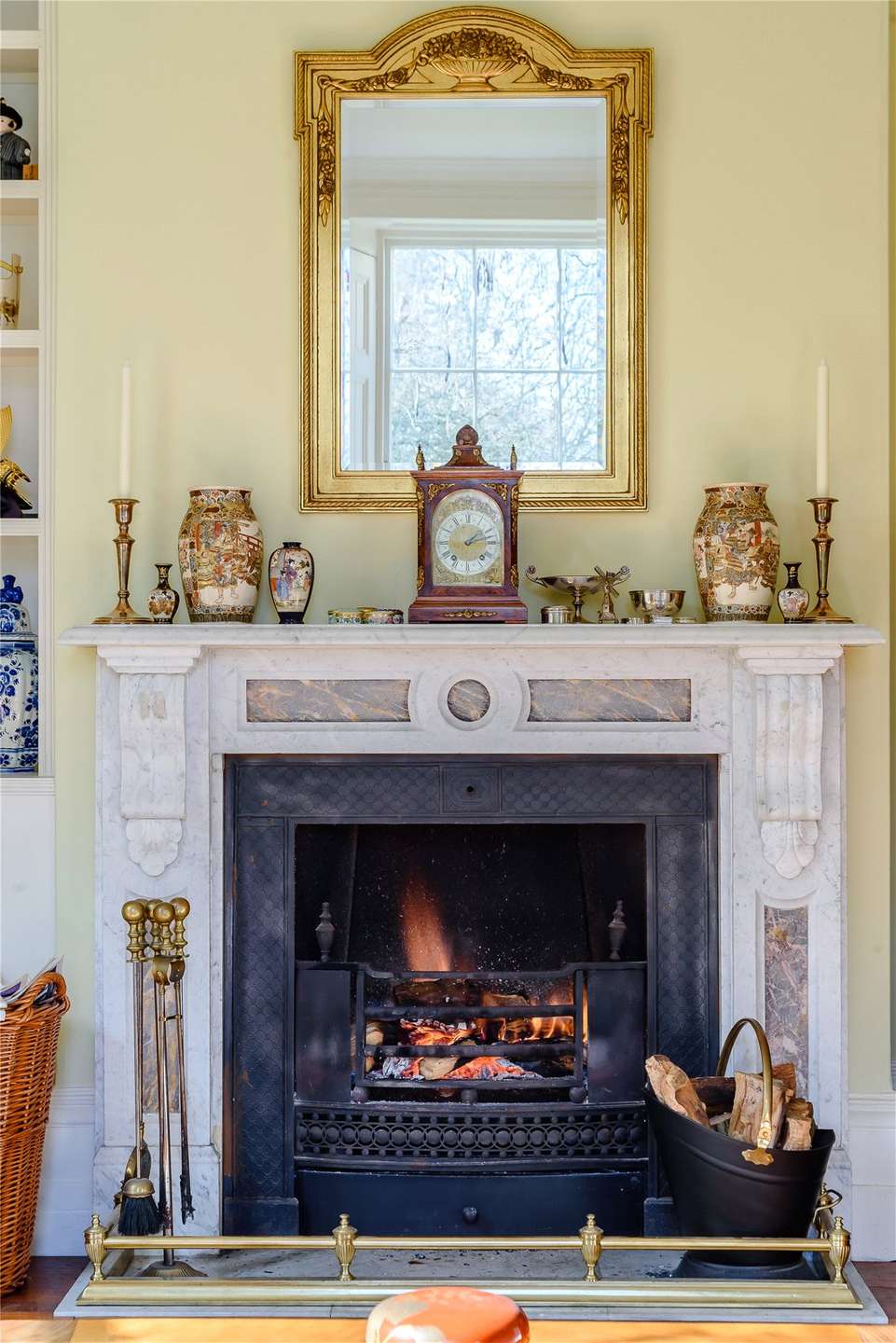 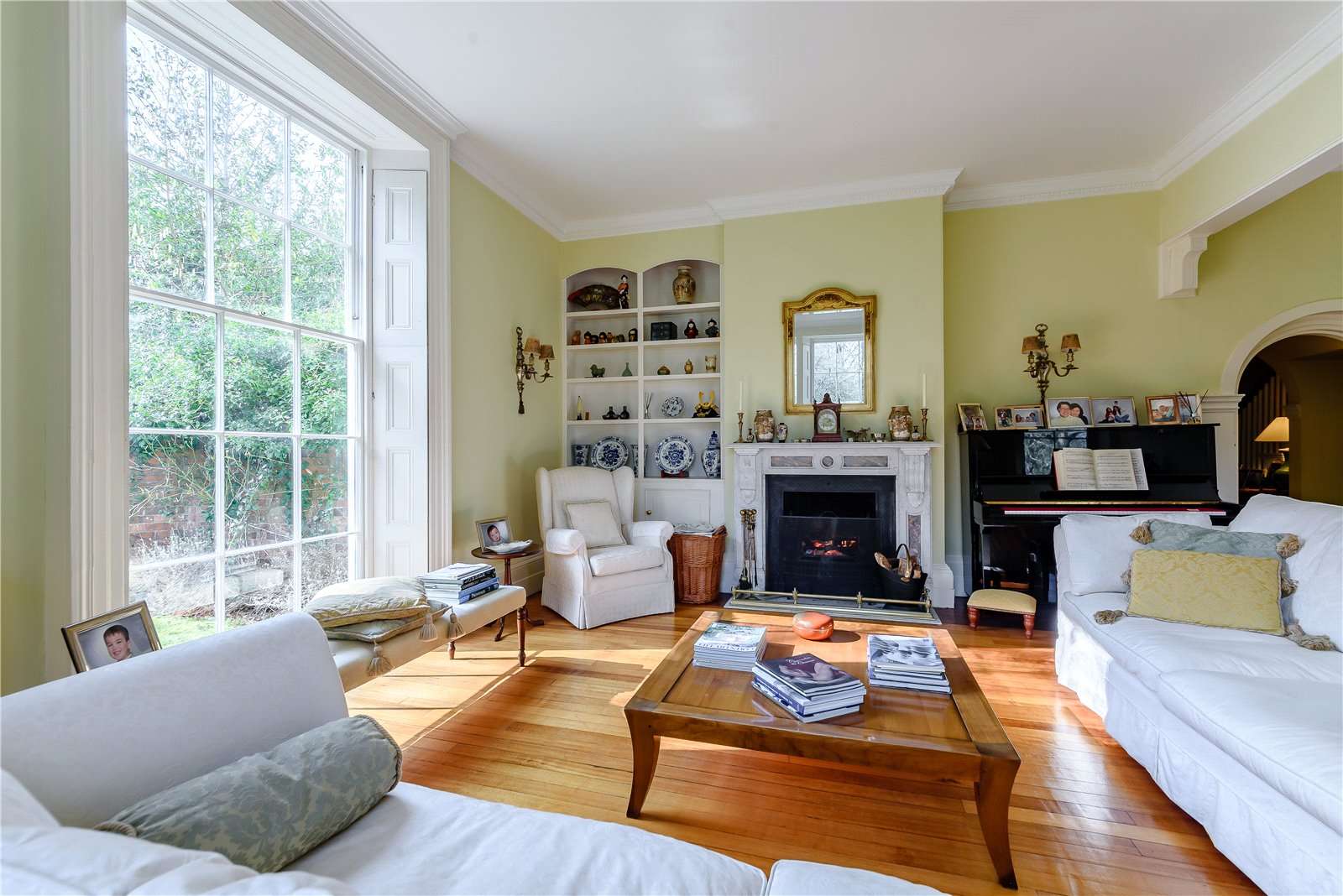 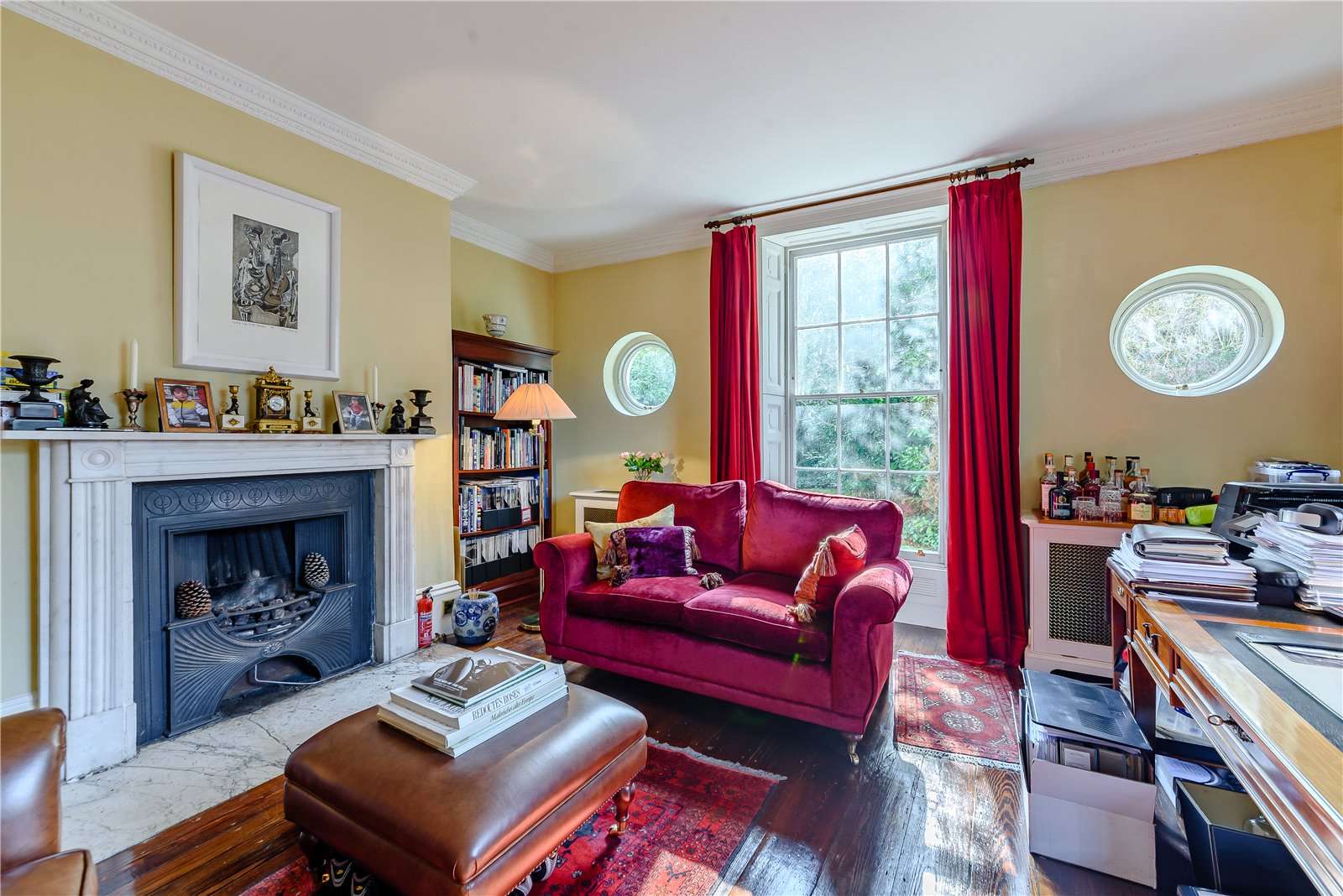 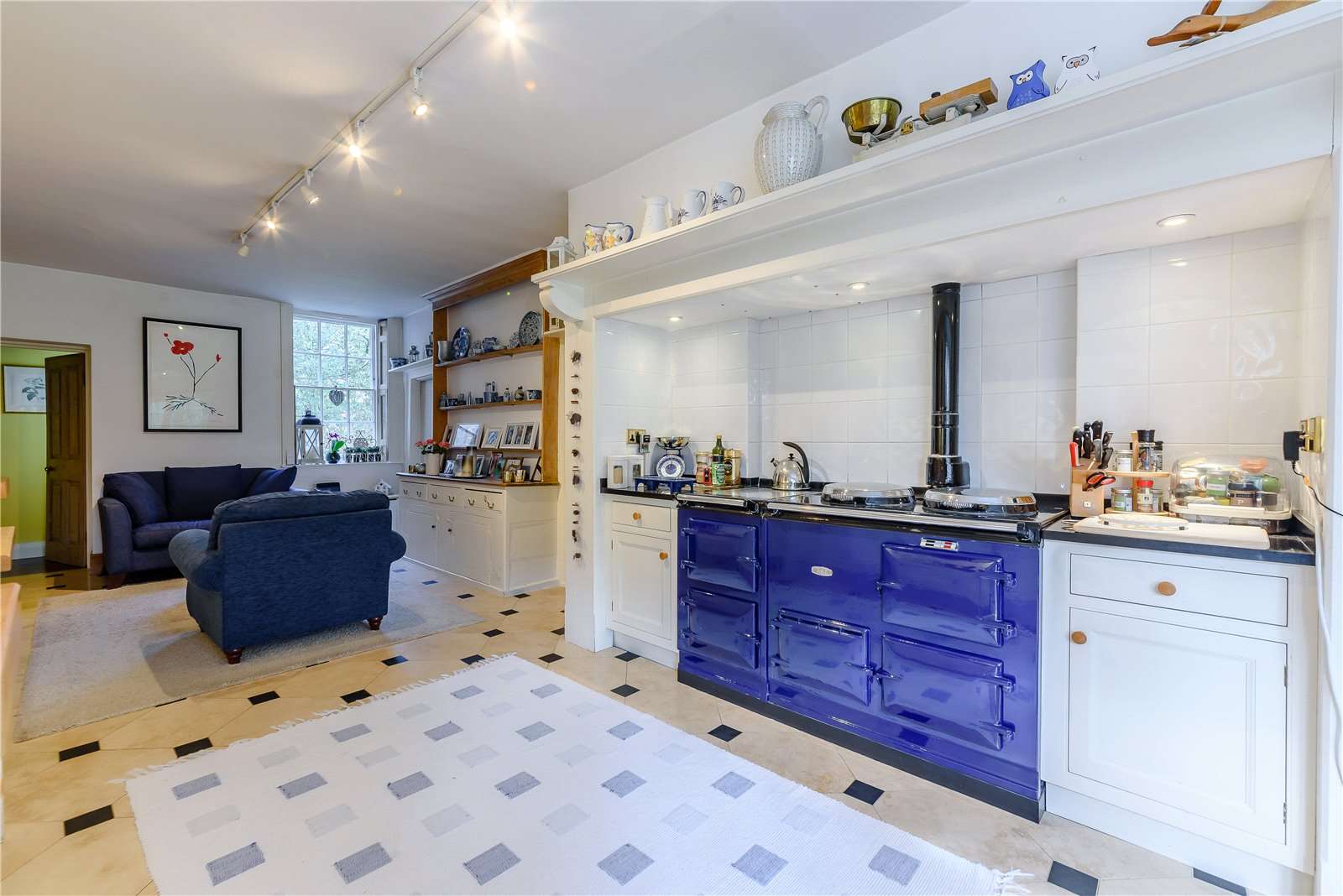 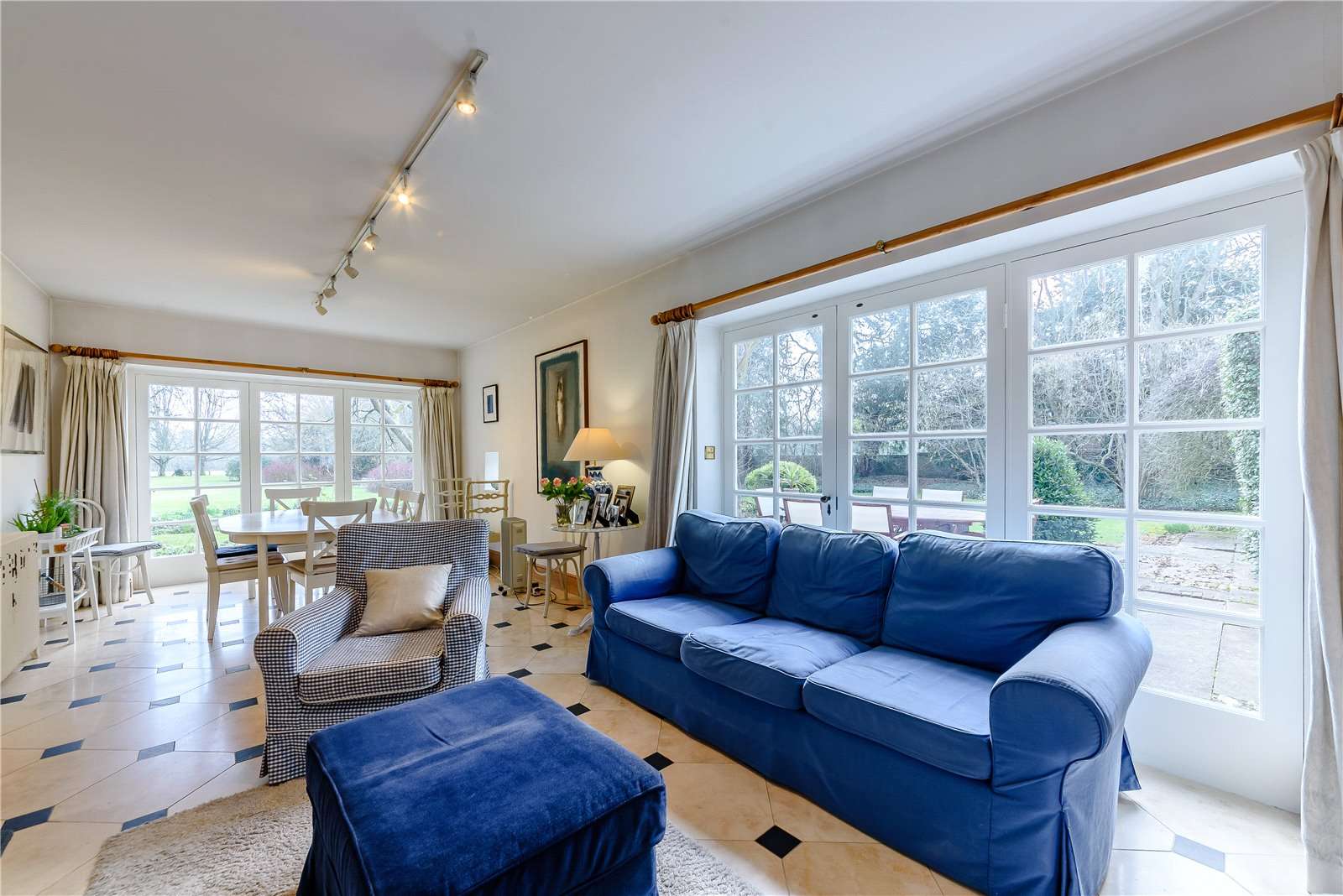 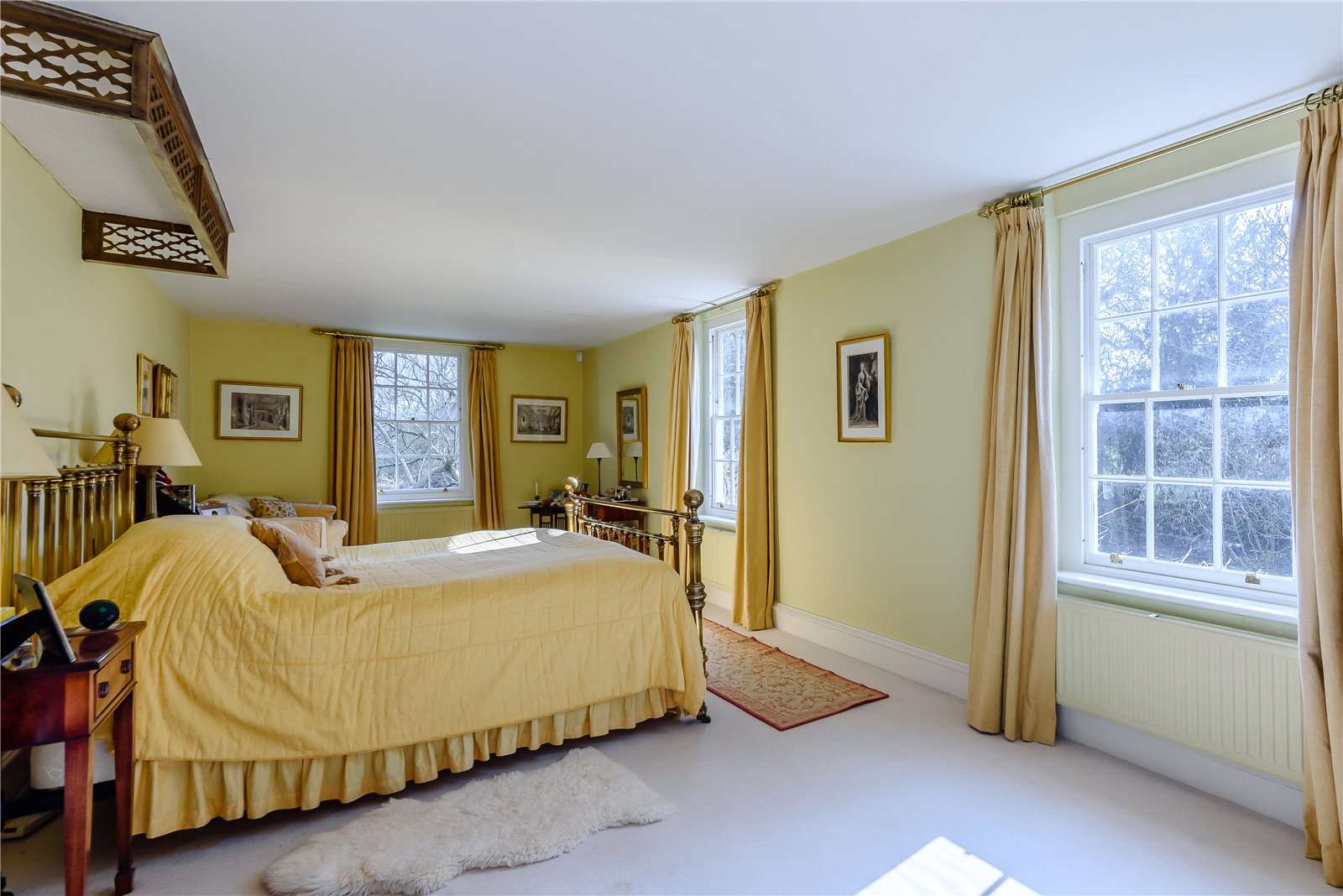 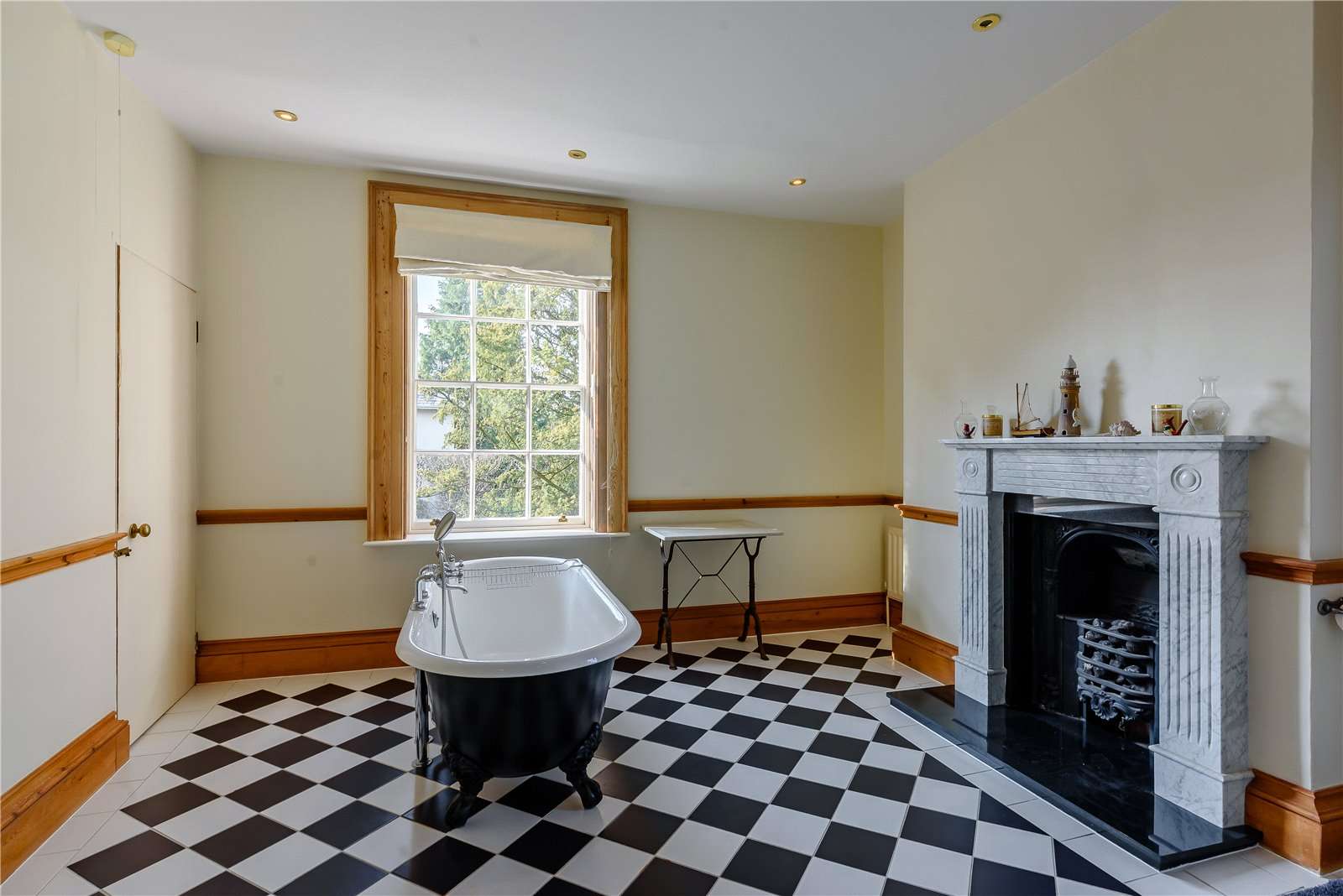 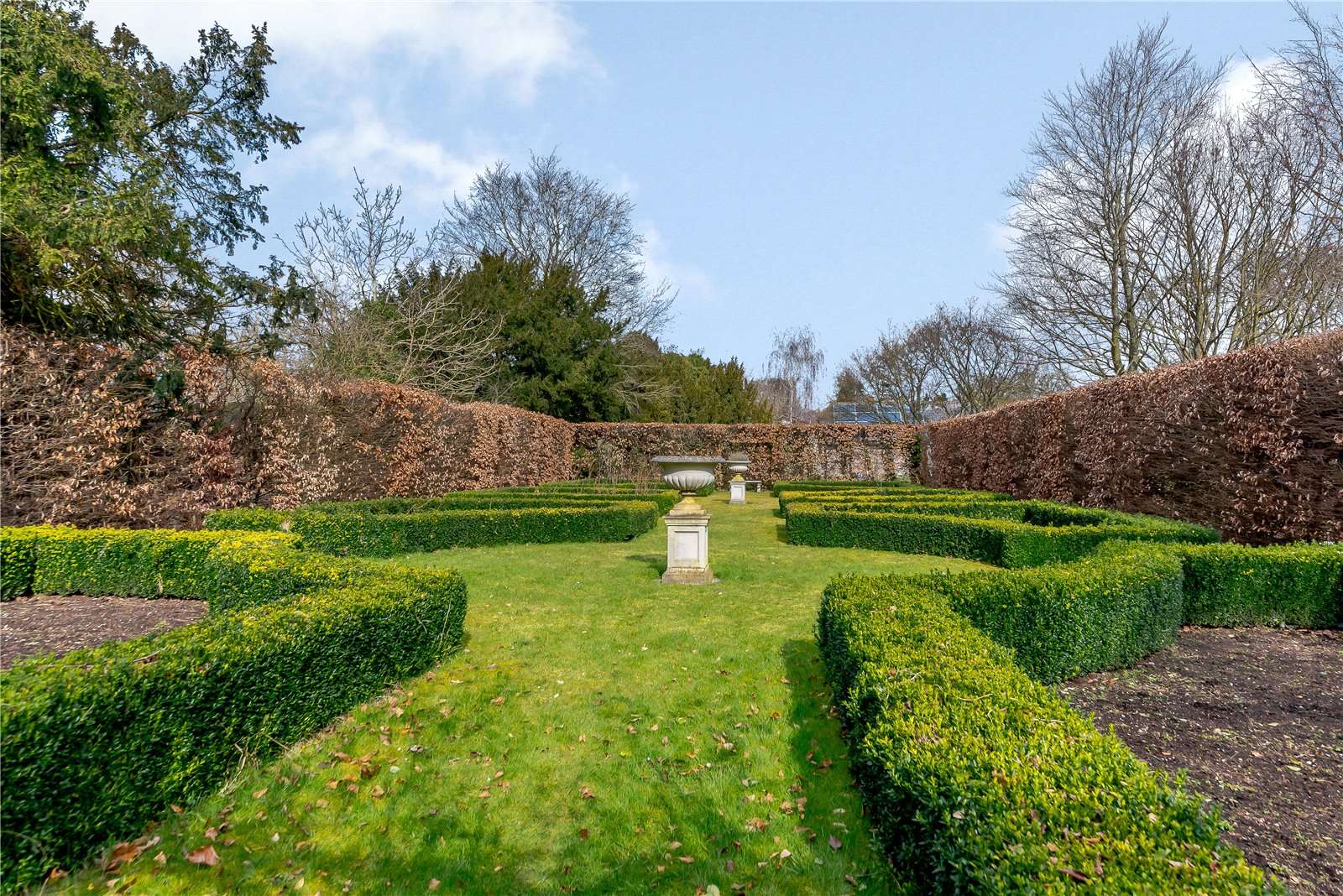 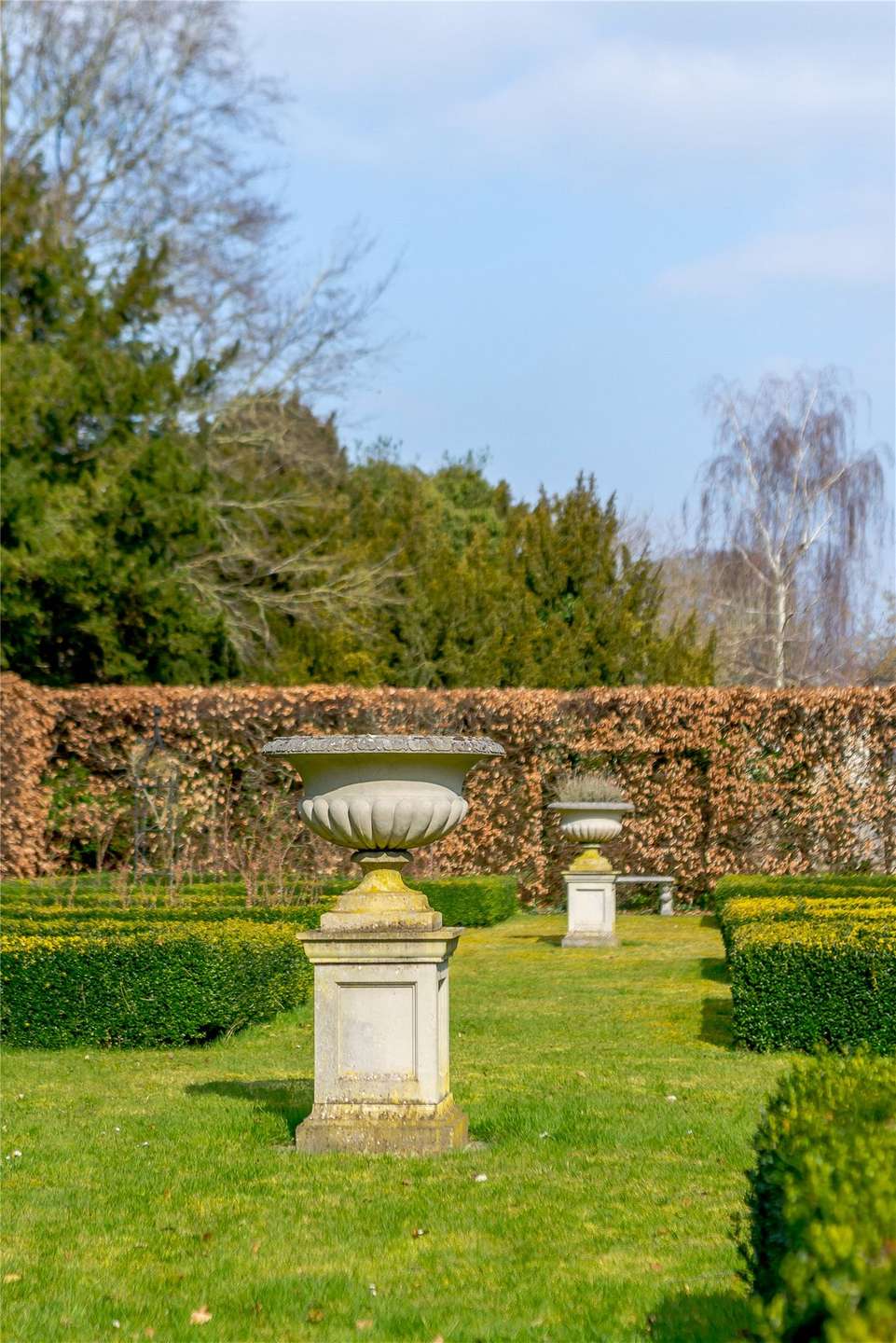 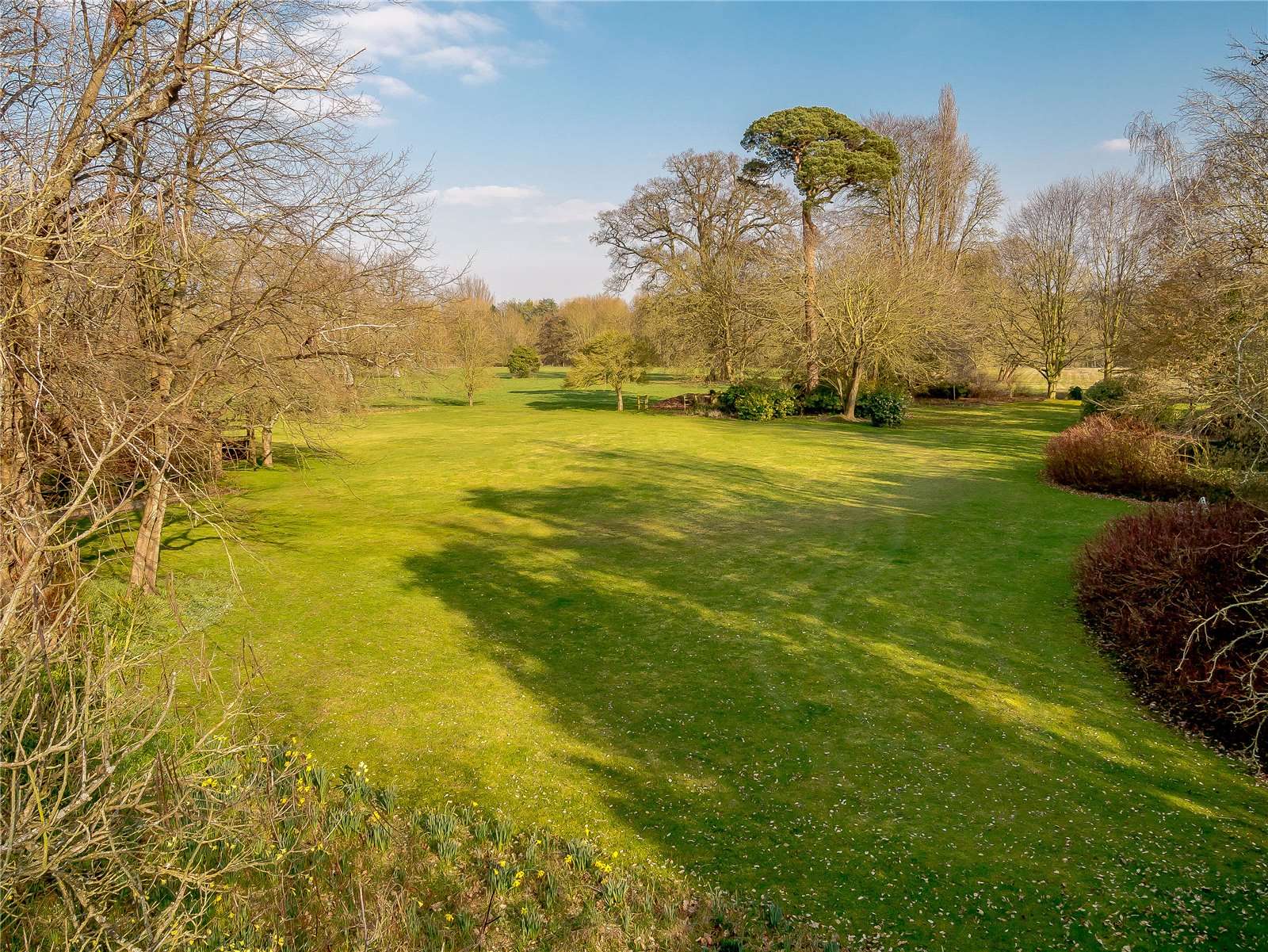 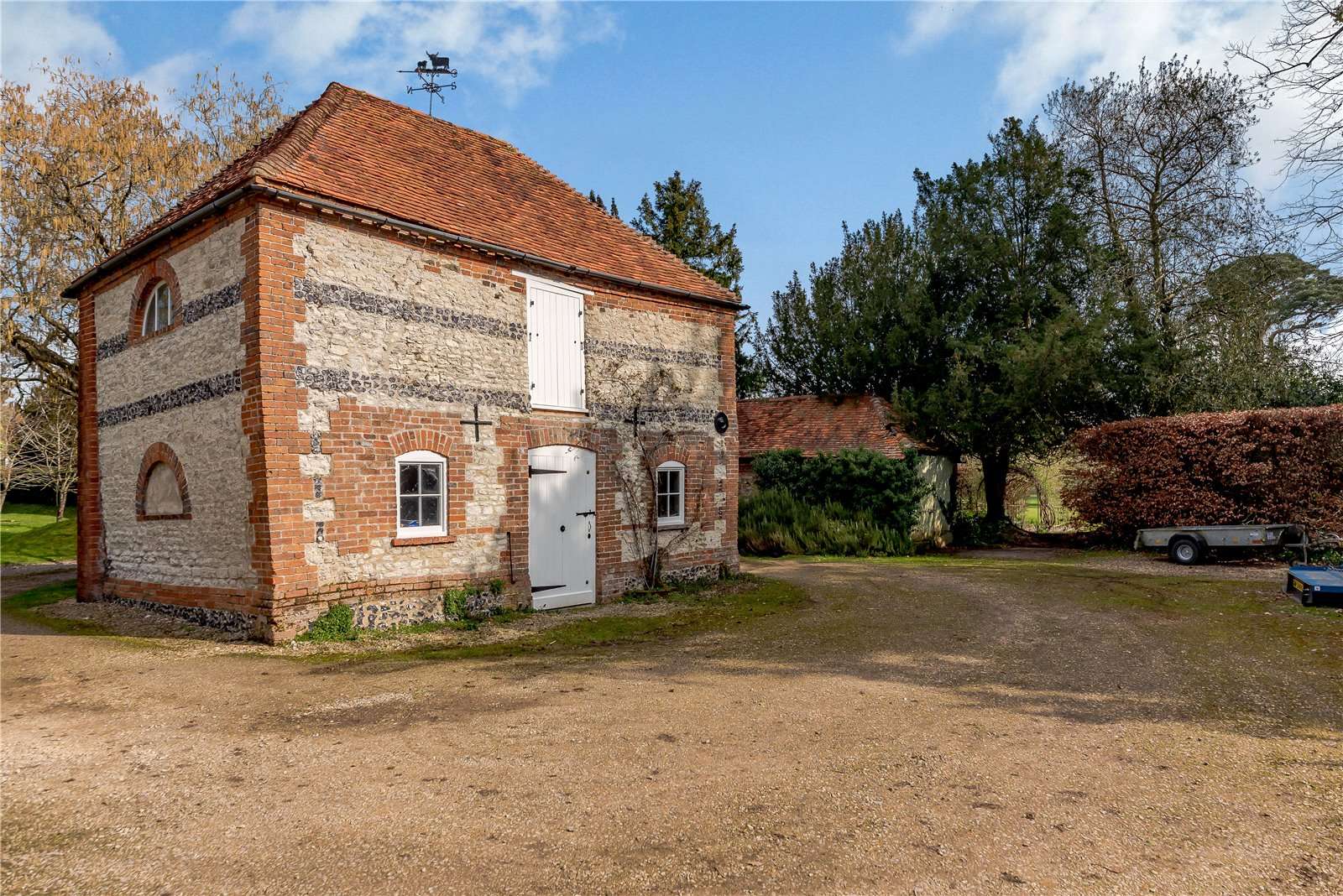 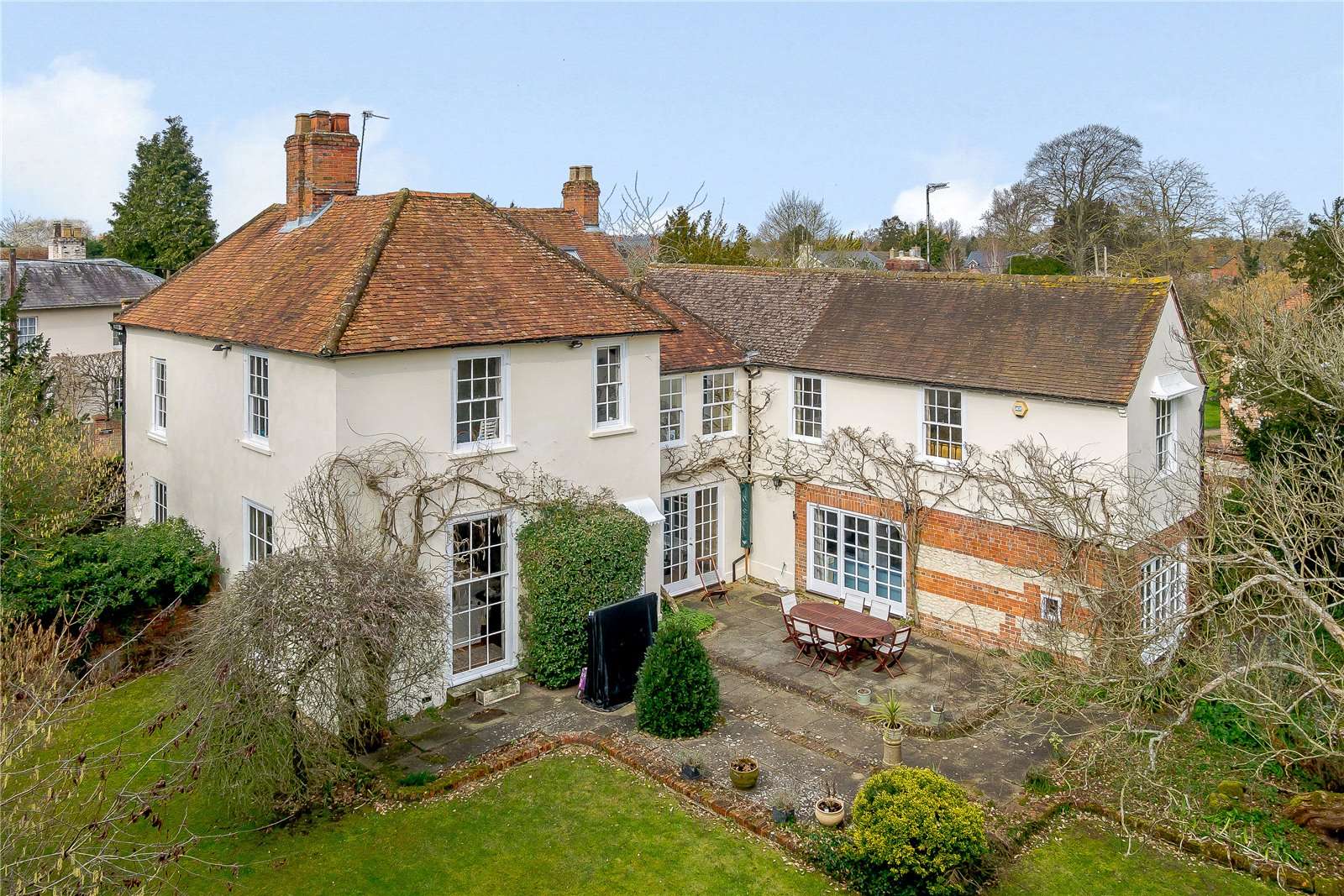 The country house has long been a natural setting for a good old-fashioned murder mystery. Whether in the pages of escapist fiction or on the big screen in a compelling drama, these properties provide a spacious and often isolated location with plenty of nooks and crannies and secret hideaways for a spot of nefarious intrigue.

The Queen of Crime herself, Dame Agatha Christie, set many of her stories in country mansions or large estates – a tradition she began in her debut novel, The Mysterious Affair at Styles, which was originally published in the UK in October 1920.

Now Christie’s former home, Winterbrook House in Wallingford, Oxfordshire, is currently on sale and it’s easy to see how the now Grade II listed property provided the creative spur for some of her most popular whodunits.

Christie bought Winterbrook House with her archaeologist husband, Max Mallowan, in 1934 and lived there until she died in 1976. During that time she wrote several of her most famous novels – with Winterbrook believed to have been the inspiration for Miss Marple’s fictional home of Danemead in St Mary Mead.

Extracts from Christie’s autobiography published in 1977 include several details about Winterbrook and it is clear that it was a much-loved family home – although not quite the 'tiny cottage' she and her husband had originally intended to purchase.

She describes the property as a 'delightful, small, Queen Anne house' with meadows sweeping down to the river and a cedar tree perfect for taking tea underneath on hot summer days.

The sale itself seems to have been completed in somewhat of a hurry, with Christie saying they had no time to 'dilly-dally' as they were soon to leave for Syria. She goes on to explain how the house was 'remarkably cheap' and that she and her husband made up their minds 'then and there' – ringing the agent, signing the papers and speaking to lawyers and surveyors.

The couple’s trip to the Middle East meant they did not see Winterbrook again for another nine months – with Christie saying they spent much of the time wondering if they had been 'terribly foolish'. 'We had meant to buy a tiny cottage, instead we had bought this Queen Anne house with gracious windows and good proportions,' she says in the autobiography. But – as Christie herself remarks – 'Wallingford is a nice place' and the couple thought they would be very happy living there.

And it appears they were – making Winterbrook their home for more than 40 years and, in doing so, ensuring it will forever have a special place in the history books as the birthplace of some the greatest murder mystery novels ever written.

Winterbrook House is a beautiful house with a Queen Anne façade of grey brick and red brick dressings and gardens that back onto the River Thames. With origins, believed to be circa 17th-century, it has Georgian rear additions and is Grade II listed. It was the much loved former home of Agatha Christie, who lived there for more than 40 years until her death in 1976.

It is an elegant five-bedroom detached property with accommodation arranged over three floors and an adjoining one-bedroom cottage. The rooms are well proportioned with high ceilings and large fine windows, providing a light and airy feel throughout. Together with the many period features which have been retained, this is a stunning period property with immense character and charm.

The drawing room is spacious and double aspect with a door opening to the garden. It has a working fireplace with marble surround and display shelving to one side, wood flooring and cornice. The library and study/ cloakroom are also off the reception hall and are both double aspect, with working fireplaces.

The large kitchen is well appointed and has a range of painted wall and floor units and appliances include a 4 oven Aga. There is a walk-in larder and a separate utility room. The kitchen is open to the breakfast room with a dining and seating area and doors opening to the garden and covered porch. A door from the kitchen opens to the dining room, which has French windows to the garden.

The cottage comprises a bedroom, shower room, kitchen and sitting room. It has a separate external entrance but could also be accessed from the main house.

The house is accessed from the road via a pretty pedestrian gate opening to a gravel garden at the front of the property or to one side via a driveway leading to a large gravel parking area for several cars and a triple bay carport. There is a pretty detached Bothy containing a storeroom, stable and room above.

The gardens and grounds are extensive and run down to the River Thames. In all, about 5 acres. From the house, the paved, south-facing terrace is accessed from the dining room, drawing room and breakfast room, providing the perfect place for al fresco dining and enjoying the view across the lawns, which run over a haha to the end of the formal gardens, the meadows beyond and sweeping on down to the river.

The formal gardens are divided with mature hedging, and flowerbeds are planted with a variety of perennial plants and shrubs, providing year-round colour and interest. The gardens are private, and there are many specimen trees, including Oak, Scots pine, Lime, London Planes, Lombardy trees, Poplars and others. At the end of the garden, there is a potential to install a pontoon mooring subject to the usual consents.

Winterbrook House is situated on the edge of the historic riverside market town of Wallingford. It is just one mile from Wallingford’s modern shopping facilities including a large Waitrose, antique shops, coffee shops, pubs and restaurants.

Wallingford is surrounded by open countryside and the Chiltern Hills which provide some picturesque walks and cycle paths. Boating and rowing are available on all stretches of the River Thames. Wallingford Sports Park houses clubs offering several sports including tennis, squash, rugby and hockey. And there is golf at the Springs Hotel Golf Club, Huntercombe, Haddon Hill, and The Oxfordshire.

Winterbrook House is on the market with Savills with offers in excess of £2.75 million.

April gardening guide: what to do in your garden this April