About University of Oxford

The University of Oxford is a world-leading centre of learning, teaching and research and the oldest university in the English-speaking world.

As the oldest university in the English-speaking world, Oxford is a unique and historic institution. There isn’t an exact date of foundation, but teaching existed at Oxford in some form in 1096 and developed rapidly from 1167 when Henry II banned English students from attending the University of Paris.

In 1188, the historian, Gerald of Wales, gave a public reading to an assembly of Oxford dons. And around 1190, the arrival of Emo of Friesland, the first known overseas student, set in motion the university’s tradition of international scholarly links. By 1201, the university was headed by a magister scholarum Oxonie, on whom the title of Chancellor was conferred in 1214. In 1231 the masters were recognised as a universitas or corporation.

In the 13th century, rioting between town and gown (townspeople and students) hastened the establishment of primitive halls of residence. These were succeeded by the first of Oxford’s colleges, which began as medieval ’halls of residence’ or endowed houses under the supervision of a Master. University College, Balliol College and Merton College were established between 1249 and 1264 and are the oldest colleges.

Fast-forward to the 21st century, and there are 39 Oxford colleges that are financially independent and self-governing but relate to the central university in a kind of federal system. There are also six permanent private halls that are similar to colleges, except that they tend to be smaller. The colleges and the central university work together to organise teaching and research, and many staff at Oxford will hold both a college and a university post.

The central university comprises many different sections, including academic and administrative departments, libraries and museums.

The central university divisions and departments

There are four academic divisions: Medical Sciences, Mathematical, Physical and Life Sciences, Humanities and Social Sciences, which oversee roughly 100 major academic departments. Each department organises teaching and research in a different subject area, from Anthropology to Zoology. There are also many smaller, specialist research centres and sub-departments.

The Humanities Division at the University of Oxford brings together nine faculties and the Ruskin School of Art. The faculties are among the largest in the world and enable Oxford to offer an education in Arts and Humanities unparalleled in its range of subjects, from ancient and modern languages and literature to history, philosophy, religion, music and fine art. The division comprises around a third of the University’s community of staff and students, undertaking taught graduate and research degrees in a very wide range of subjects. some of which cross the boundaries of traditional disciplines.

The Mathematical, Physical, and Life Sciences (MPLS) Division at the University of Oxford is widely recognised as one of the world’s leading science universities. The disciplines within the MPLS Division regularly appear at the highest levels in world rankings and have been evaluated as conducting world-leading and internationally excellent research in UK research assessments. The Mathematical, Physical and Life Sciences research at Oxford is the best in the country, according to the 2014 Research Excellence Framework (REF) assessment exercise carried out by HEFCE.

The Medical Sciences Division at the University of Oxford is an internationally recognised centre of excellence for biomedical and clinical research and teaching, and it is repeatedly placed first in clinical, pre-clinical and health in the Times Higher Education World University Rankings. The division has over 2,000 researchers who cover a wide range of research, from atomic-resolution molecular structural biology to epidemiology as applied to very large populations. The division provides a stimulating and challenging environment for nearly 1,800 talented graduate students.

The Social Sciences Division at the University of Oxford represents one of the largest groupings of social scientists in the world. It brings together over 1,000 researchers committed to tackling some of the major challenges facing humanity, such as sustainable resource management, migration, global governance, justice, poverty and development. Their research combines rigorous and innovative quantitative methodologies and theoretical approaches using individual and collective experiences and actions. Over 5,000 students are enrolled on undergraduate and postgraduate courses in the division.

In addition to the four academic divisions, the central university has a Department for Continuing Education and a division for Gardens, Libraries and Museums.

The Department for Continuing Education offers part-time, flexible courses and programmes for adult learners. It offers more than 1,000 courses each year, including weekly classes, online courses, day, weekend and summer schools, undergraduate and postgraduate qualifications, and continuing professional development courses. In short, the Department for Continuing Education exists to enable the University of Oxford to reach students beyond the full-time student body. More than 15,000 students enrol on the department’s programmes each year. They hail from more than 160 countries and range in age from 18 to 98.

The Gardens, Libraries and Museums of the University of Oxford contain some of the world’s most significant collections. With over 21 million objects, specimens and printed items, they constitute one of the largest and most important research repositories in the world and provide an outstanding resource for scholars, students and members of the public. But while they provide important places of scholarly enquiry, for the public, they also represent the front door to the wealth of knowledge and research curated and generated at the university.

The four museums are home to over 8.5 million objects and specimens representing the natural world, global art and artefacts:

The Bodleian Libraries Group is the largest university library system in the United Kingdom. It comprises the principal university library – the Bodleian Library – and 27 libraries across Oxford, which provide services to 21st-century scholars across subject disciplines, from direct access to high-demand print collections to online access to journals, manuscripts, archives and databases. Together, the Bodleian Libraries Group hold more than 13 million printed items, over 80,000 e-journals and outstanding special collections, including rare books and manuscripts.

The Botanic Garden is the oldest botanic garden in Britain. Founded in 1621, its collections have been used in teaching, research and conservation for almost 400 years, and it forms the most compact yet diverse collection of plants in the world. The Harcourt Arboretum, which has been part of the Botanic Garden since 1963, contains the finest collection of trees in Oxfordshire, including some of the oldest redwoods in the UK. 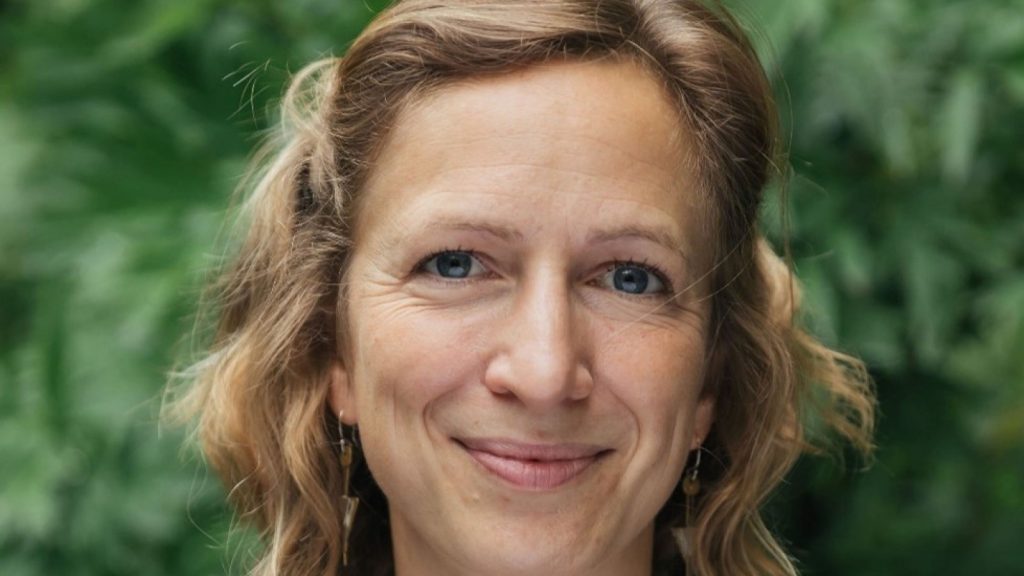 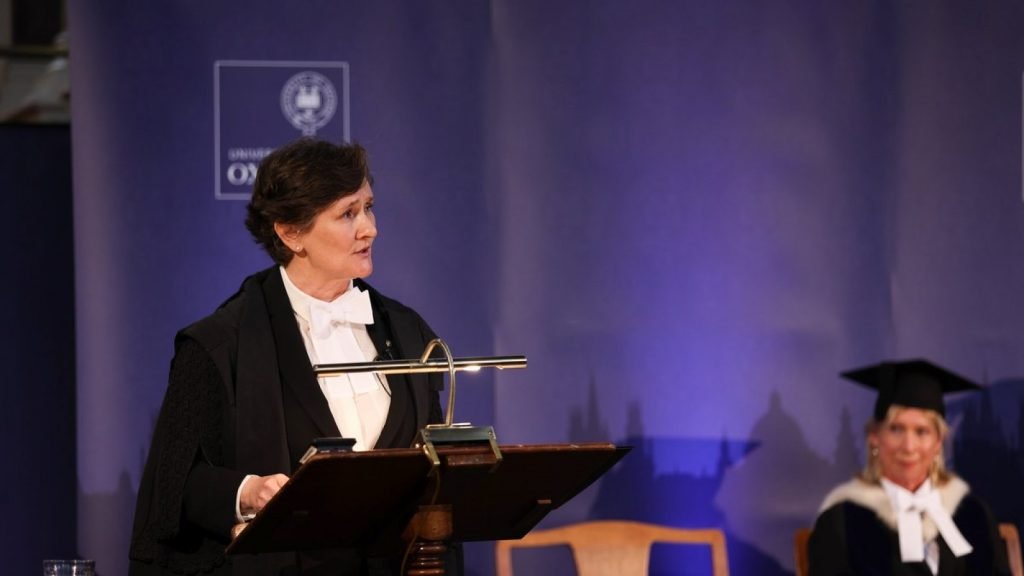 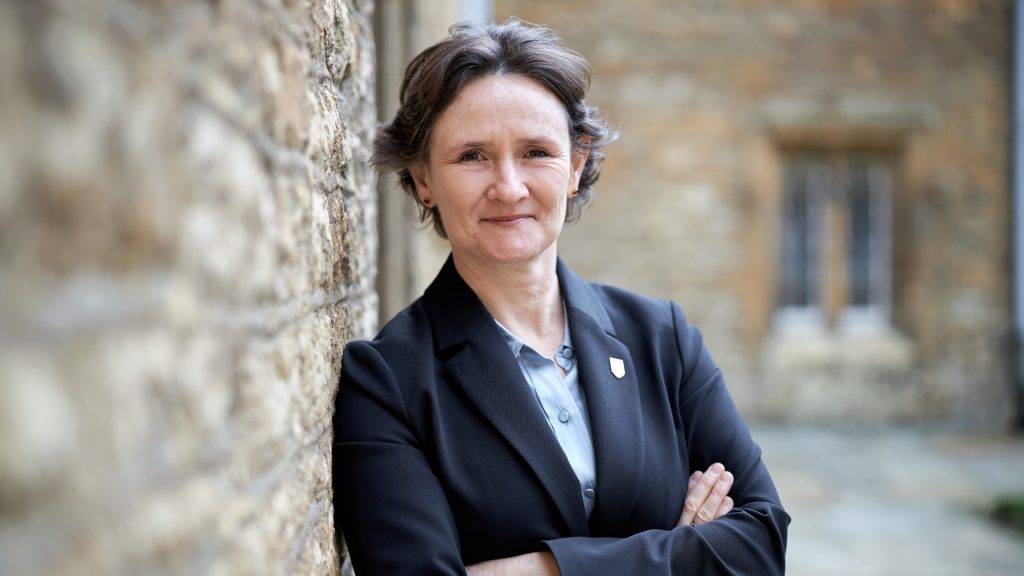 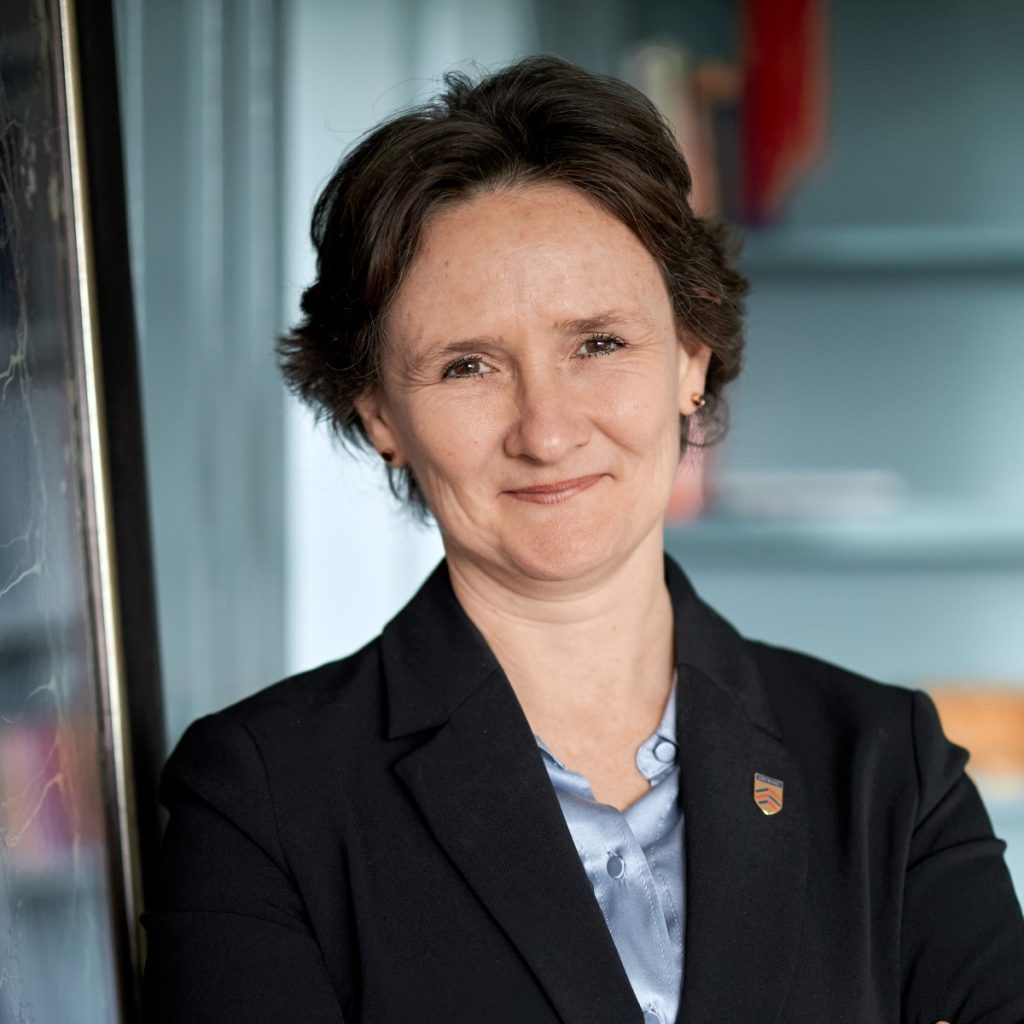 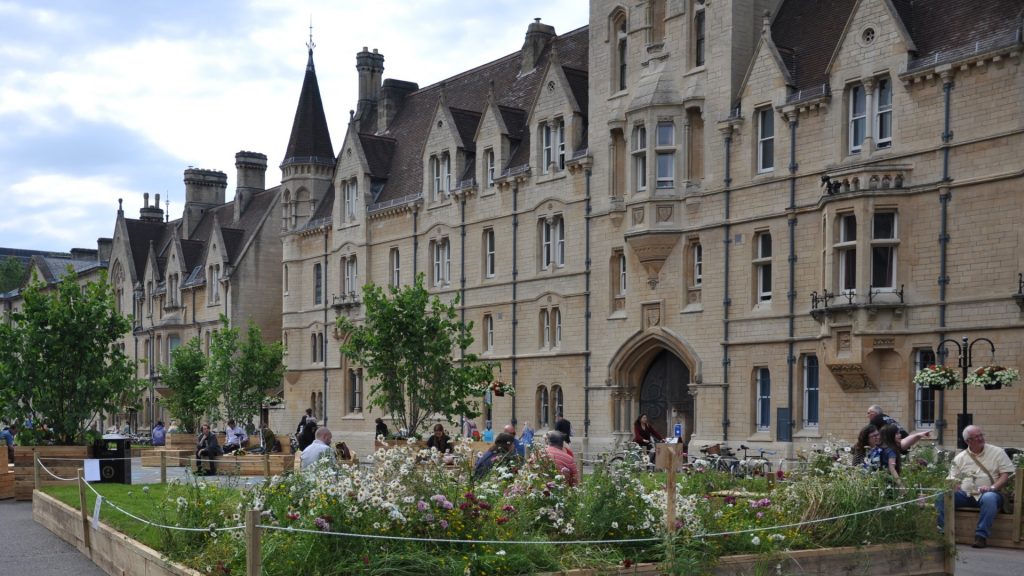 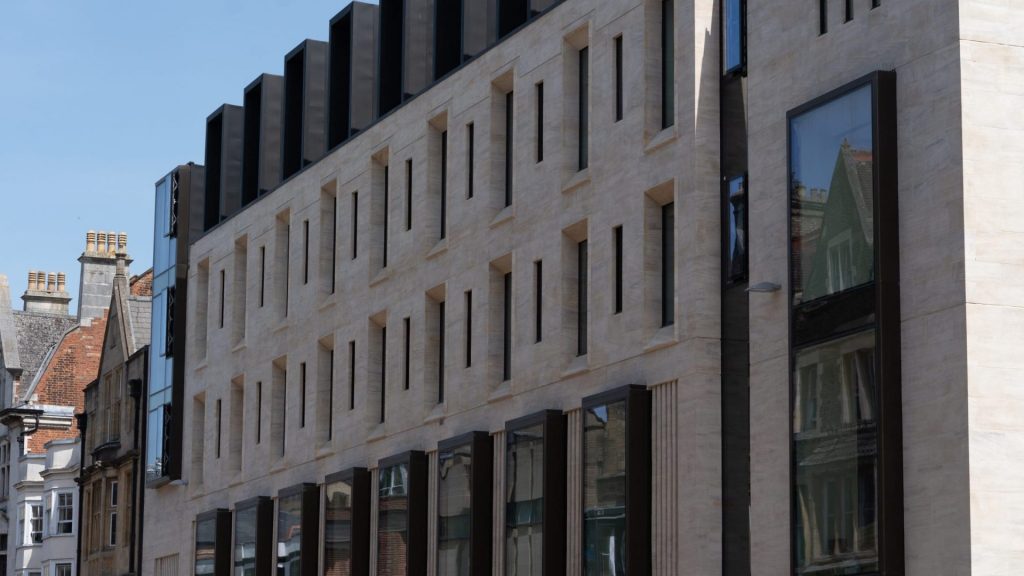 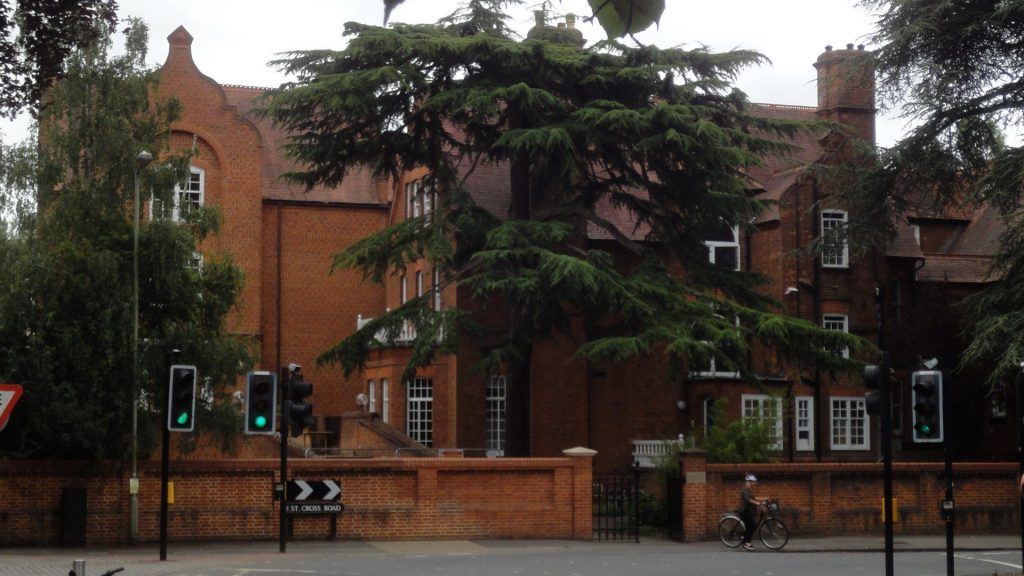 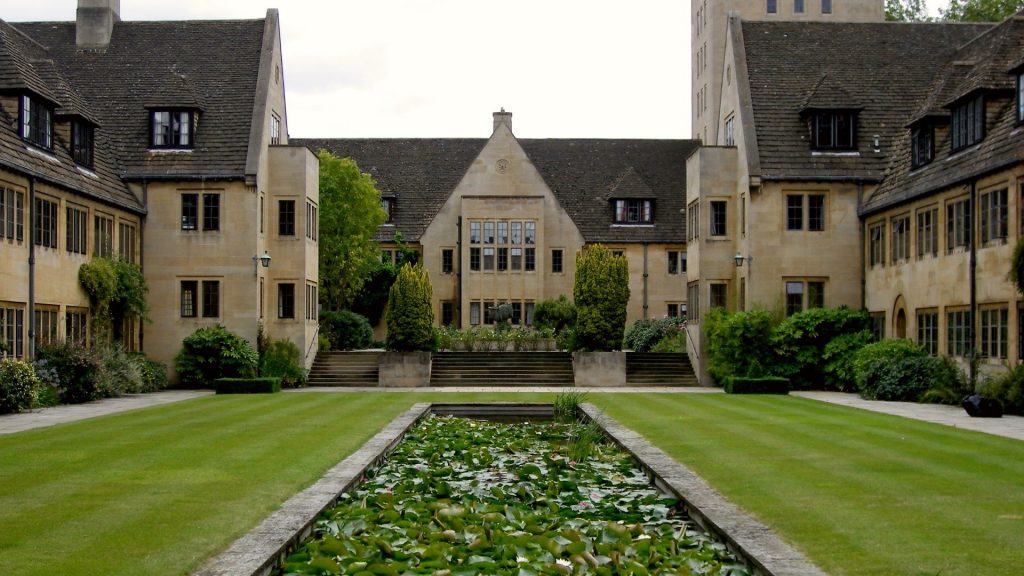 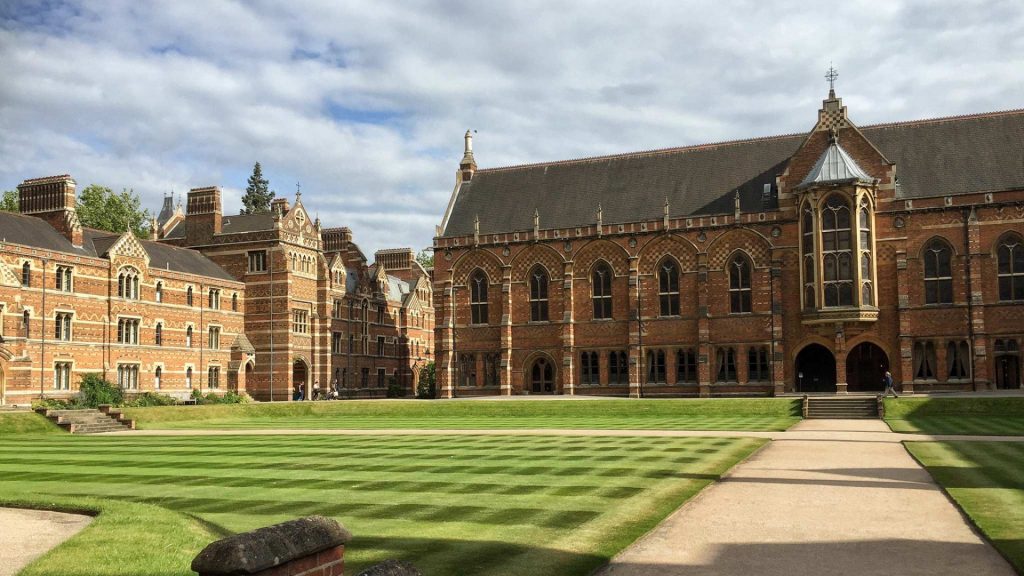 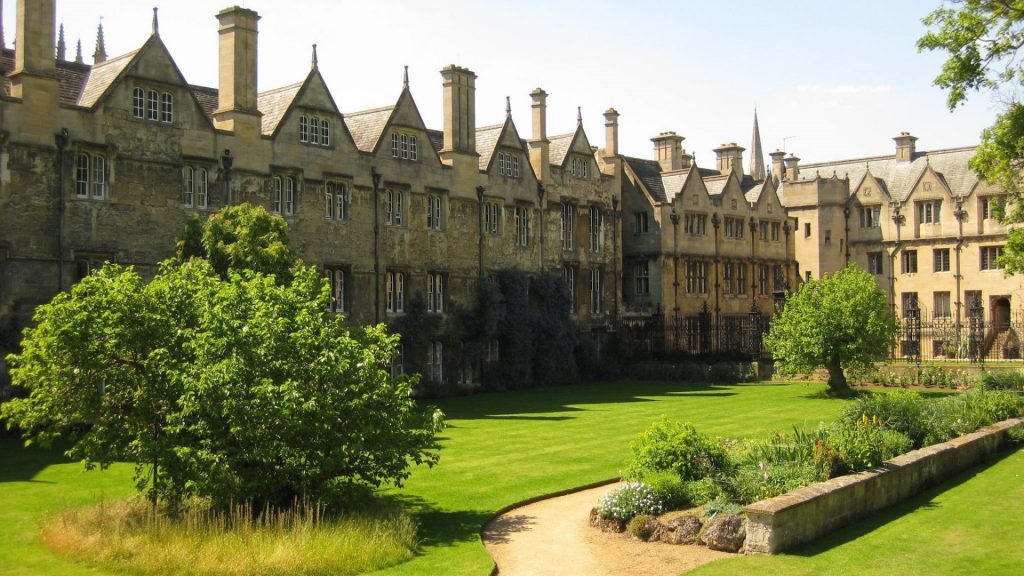