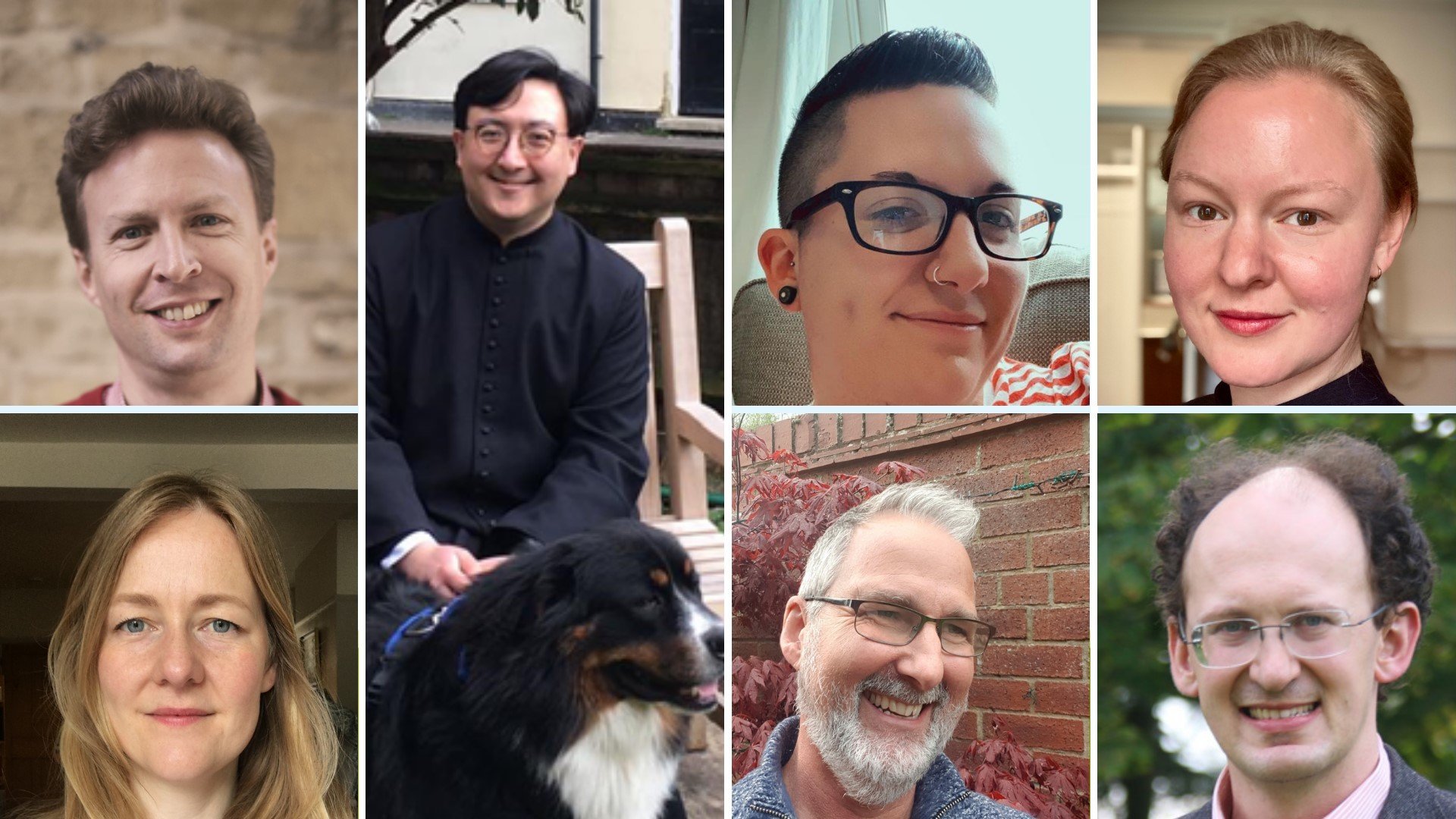 A former airline pilot, foreign office diplomat, concert soloist and PPE manufacturer are among the 32 new deacons that will be ordained at three special services at Christ Church Cathedral in Oxford on 03 July. 14 of those being ordained will serve their curacies across Oxfordshire.

Following the government’s guidance and road map plans, the Directors of Ordinands and their teams have been busily preparing for this year’s ordinations to ensure that they can go ahead safely. The Bishop of Oxford, The Rt Revd. Dr Steven Croft will ordain all 32 Deacons on the 03 July in three separate services, representing their respective archdeaconries (Buckinghamshire, Oxford and Dorchester and Berkshire).

In line with current guidelines, each candidate will be able to invite eight guests, including their Training Incumbent, to their service. And to allow the new deacons to share their special day, the diocese will be live-streaming each of the services (links provided at a later date). Images and video footage will also be available following the services.

Speaking about the ordinations, Nicholas Cheeseman, Area Director of Ordinands (Berkshire & Oxford), said, “It is always good to see and hear how God’s grace has been shown through those being ordained deacon. The Ordination Service says that ‘Deacons are ordained so that the people of God may be better equipped to make Christ known’.

“Although our ordination services are different this year, those we ordain as deacons will still be equipping the people of God in the parishes they serve and helping his people to be a Christlike Church for the sake of God’s world.”

Chris Hunt lives in Bicester with his wife Autumn and their children – Ephram, Rosie and Adelaide. Chris begins his curacy as a pioneer minister on the Eco-Town as the leader of Hope Church, a church planted over lockdown. Having spent ten years playing music in Memphis with his wife, Chris is passionate about ways to minister the gospel through the arts and creativity.

Lex Bradley-Stow was brought up in a Christian family and came to faith at 14. Lex is a qualified youth worker and spent her working life before training in schools, living in a convent as a boarding mistress for 2 years. Lex lives with her partner Rhiannon and their cat Bertie and will undertake her curacy in the Cherwell Valley Benefice.

Michael Dormandy grew up in a church-going family and made a personal commitment to Christ in his late teens. Outside the church, he has been a teacher of various kinds and now teaches New Testament and Preaching to trainee ministers. He will serve his curacy in the Benefice of Albury with Tiddington, Holton, Waterperry, Waterstock and Wheatley.

Miles Welborn has been studying for the last 3 years for his ordination at Cuddesdon. Before training, Miles was a verger at Hereford Cathedral. Engaged to Katie, who is also training for ordination, he is a keen scuba diver and enjoys comic books, video games, Ancient Egyptian and military history. After ordination, he will be serving as Assistant Curate at Bampton in West Oxfordshire.

Nick Fielden’s early faith was strengthened through life’s challenges, deepening his trust in God. Married with two grown-up children, he enjoyed a 27-year career in IT before experiencing a call to ministry in 2016. The long journey to ordination has been one of deep listening and obedience to God. He will serve his curacy in the Benefice of Bodicote.

Born in Yorkshire, Romey Poston has spent most of her adult life overseas as a foreign correspondent and overseas aid director and diplomat’s wife. Brought to faith by a Franciscan years ago, she answers God’s call on her own life with humility and joy. She is widowed with three grown children. She will serve in the Benefice of Henley -on-Thames with Remenham.

Sasha Reeves is a former nursery school teacher. She loves to be creative, share her baking and cooking with friends and family, be by the sea and go for walks with her husband, Matt. Sasha feels called to raise awareness of disabilities within the church and make the church an accessible place for all. She will serve in the Benefice of Didcot.

Al Horn came to faith as a teenager, and after several years in newspaper journalism and publishing, he joined the staff of St Ebbe’s, Oxford, in 2001. He is being ordained to continue his role as senior minister at St Ebbe’s in Headington.

Esther Brazil grew up in Beijing, Singapore, and Sydney and studied at The Queen’s College, Oxford and the Royal Academy of Music. After a distinguished career as a concert soloist, she worked as a ministerial assistant at the University Church before training at Cuddesdon. She will serve her title as Assistant Curate of St Mary Magdalen’s Church, Oxford, where she will be the first female to hold the role.

While a teenager, Glenn Nesbitt knew he would be a minister one day after his granny told him that’s what she was praying for him. Recently, he spent nine years in South Africa, serving at a Bible college and two churches in Johannesburg and Soweto. Glenn is married with two children and will serve his curacy at Oxford Saint Ebbe with Holy Trinity and Saint Peter le Bailey.

Joanna Tarassenko was baptised, confirmed and married ‘over the road’ in St Aldates church, where her Christian faith flourished. Through studying Theology, her faith was not only challenged but also deepened. She is passionate about preaching, worship and especially, serving the local community. Married to Luke, they have one daughter, Bianca. She will serve at St Clement’s Oxford.

Matthew Salisbury has taught at the University of Oxford for over a decade and has been on the staff of Church House Westminster for five years, supporting the worship and prayer of the Church of England. He is following a Benedictine rule of life. He will serve at St Barnabas and St Paul with St Thomas the Martyr, Oxford.

Simon Cross abandoned atheism in his mid-teens. He has been a flight instructor and airline pilot. His theological study focussed on science and theology of divine action, and he currently works on the ethics of technology and climate emergency. He is married to Rachel, who is also a priest, and they have two adult sons. He will undertake his curacy in the Benefice of Summertown.