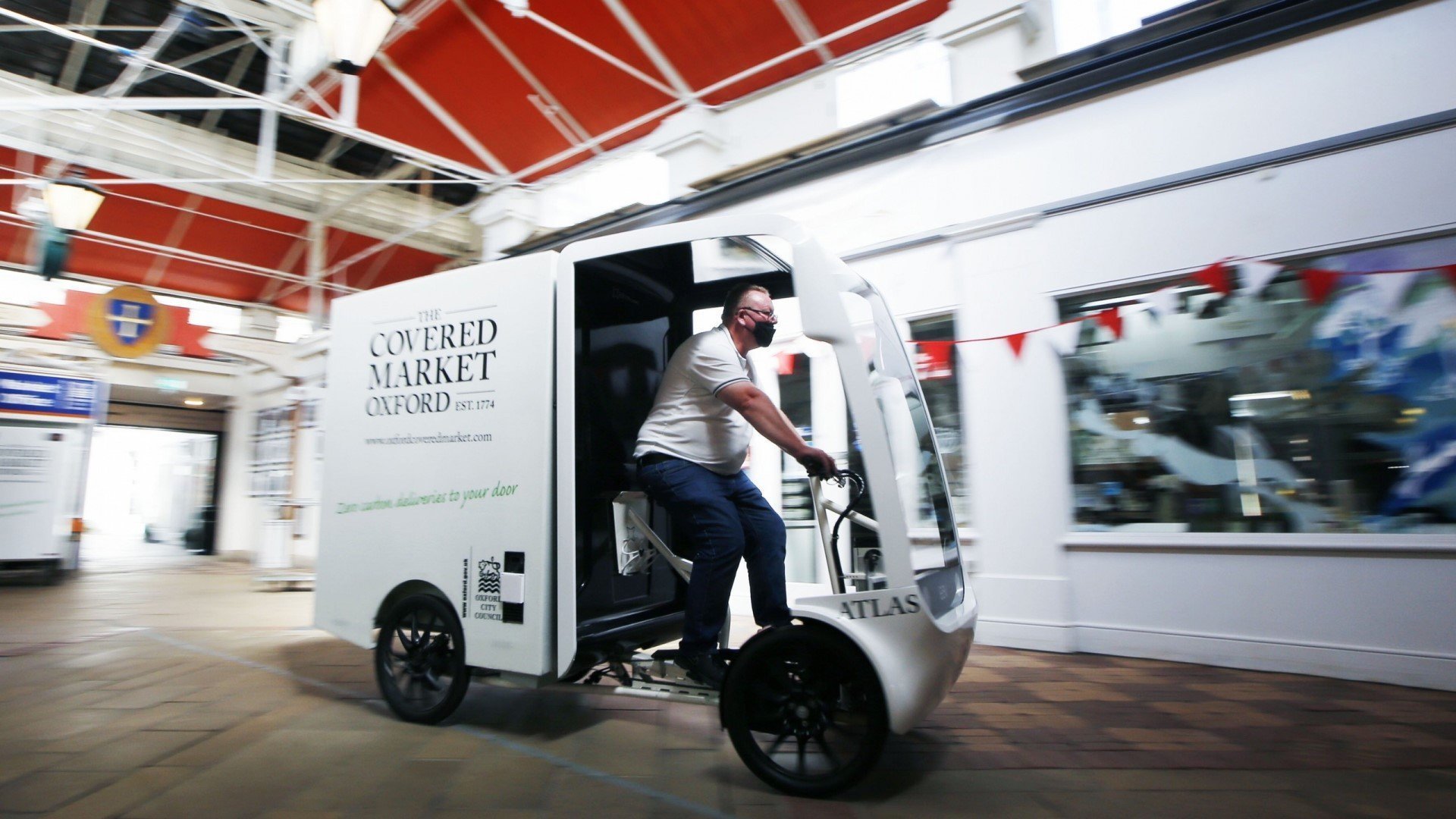 Meet Atlas, one of the two Covered Market electric cargo bikes delivered to traders ahead of the ZEZ Pilot.

Covered Market traders are to take part in a trial of electric cargo bikes with refrigerated capability to support traders to carry out deliveries using the e-bikes as preparation for the Zero Emission Zone Pilot.

Traders in the market have been consulted on the scheme over the past few years.

Under the scheme, zero-emission vehicles, such as electric cargo bikes, will not be charged to drive in the zone.

Data published last week found that the significant reductions in traffic caused by the coronavirus pandemic resulted in a 29% drop in air pollution levels across Oxford – the lowest measure of air pollution since recording first began in 1996 and the equivalent reduction from 2009 to 2019.

Now, as Oxford emerges from the pandemic, the Council is exploring how it can learn from the lockdown period to ensure Oxford has the cleanest air possible.

The trial will run for six months and see participating Covered Market traders trialling two electric cargo bikes with refrigerated or ‘cold chain’ capability. At the end of the six months, the trial will be evaluated to assess the success of the vehicles.

The electric cargo bikes will allow traders to initially make deliveries for ice cream and chocolates, fruit and vegetables, flowers and plants, and food deliveries but can be used by all the Covered Market businesses and to transport other types of goods across the whole city.

The bikes, named ‘Aria’– translating to “Air” in Italian, and ‘Atlas’ – named after the ancient Greek God who carried the entire world on his shoulders - are available for traders participating in the trial.

Each bike has between 30-60 miles of range, can travel up to 15.5 miles per hour, and can carry up to 150kg in weight. The e-cargo bikes will be charged inside the Covered Market using a regular plug socket and can reach a full charge in 4-5 hours.

The vehicles will allow deliveries to be made from the market without reliance on polluting vehicles or heavier electric vehicles. Traders who are participating in the trial can book to use the electric cargo bikes for their deliveries.

The electric cargo bikes have been designed, produced, and delivered by Electric Assisted Vehicles Limited (EAV), based in Upper Heyford, Oxfordshire.

The trial is part of the almost £200,000 of Government funding to help Covered Market traders prepare for the introduction of the Zero Emission Zone Pilot in August 2021.

The delivery of the bikes is part of a broader investment package to support covered market traders in the transition to the Zero Emission Zone. It is anticipated that the grant funding will be used to provide additional electric vehicle infrastructure to the market.

According to Oxford’s most recent source apportionment study, the transport sector is the largest contributor of NOX emissions in the city, accounting for 68% of emissions.

The electric cargo bikes will help to reduce the carbon footprint of the market, ease congestion in the city centre, and contribute to the achievement of Oxford’s new proposed NO2 local target, which was set out in the city’s Air Quality Action Plan.

Under the new Action Plan, the Council set its own voluntary target for 30 µg/m3 of NO2 to be achieved by 2025 at the latest—going far beyond the current national legal target set out by the UK Government of 40 μgm-3.

The trial will help the City Council better understand the steps needed to prepare traders for the Zero Emission Zone. It will also support EAV as they continue to develop their models of cargo bikes to best fit the needs of businesses and traders throughout the UK, Europe and the rest of the world. 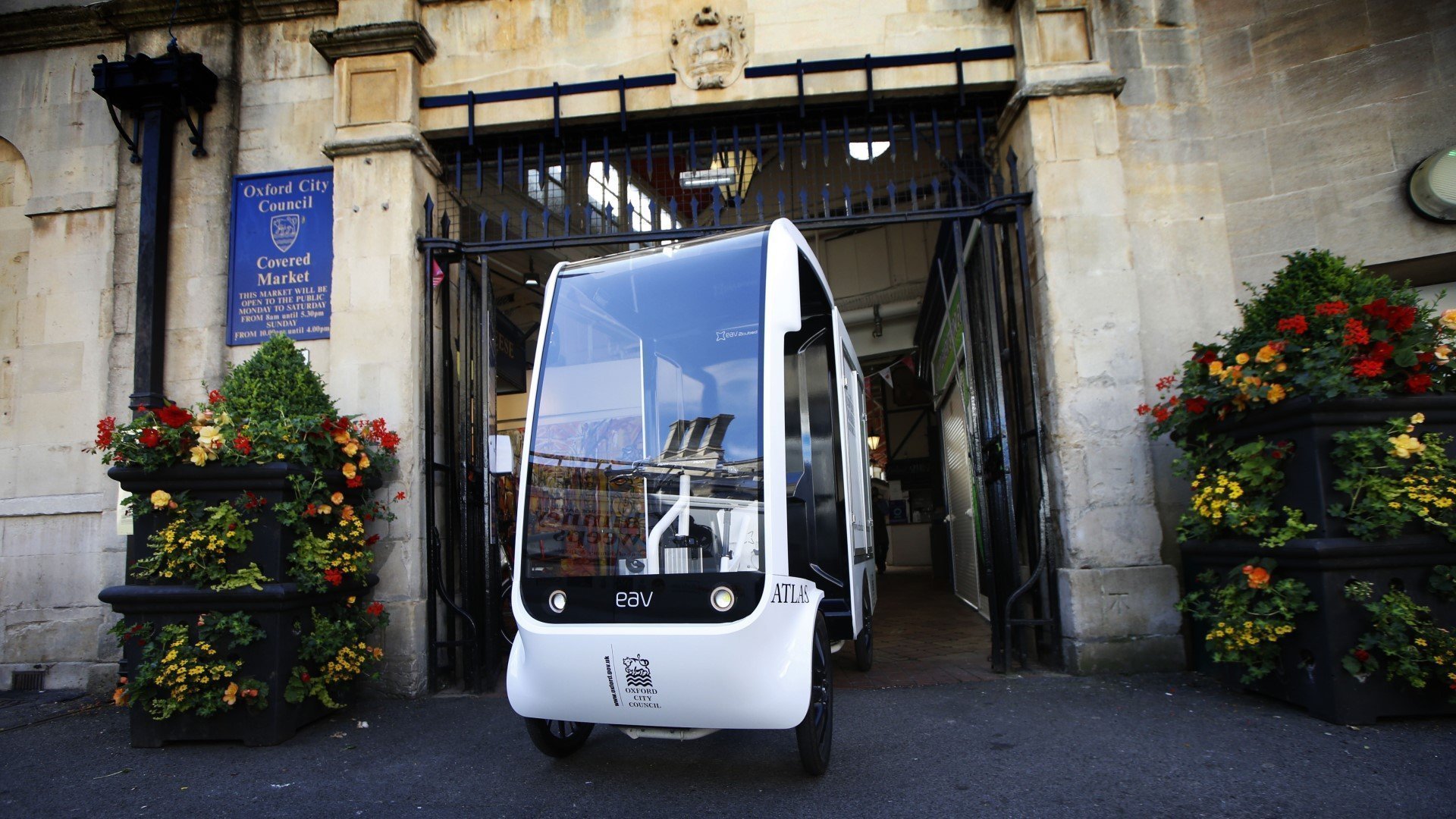 One of two electric cargo bikes delivered to Covered Market traders ahead of ZEZ Pilot in August 2021.

Councillor Tom Hayes, Deputy Leader and Cabinet Member for Green Transport and Zero Carbon Oxford, said: “Oxford’s Covered Market is a jewel in the crown of the city centre and, opened in 1774, even predates the United States. As Oxford prepares to become Britain’s first Zero Emission Zone, our historic city and treasured market is embracing a zero emissions future with the arrival of two new electric cargo bikes. Wherever you live in the city, you will be able to receive excellent Covered Market goods to your door using zero emission deliveries, so please continue to shop at our wonderful home for independent businesses.”

Graham MacDonald, the owner of iScream & Wicked Chocolate, said: “I am very excited about the arrival of these e-cargo bikes and the Council’s initiative in applying for this grant funding to support Covered Market traders. The bikes allow me to make deliveries to other local businesses, as well as speedy deliveries to residents across Oxford. The fact it is refrigerated allows for me to keep my products cool during the journey, which is crucial. The bike is easy to use and allows me to make quick zero-emission deliveries which I would have previously made in a car or taxi. I am looking forward to using the bikes more throughout this trial.”

Adam Barmby, CEO of EAV, said: “The Oxford Covered Market is widely considered one of the most unique and well-known landmarks within Oxford City centre. The opportunity for EAV to supply these unique vehicles for the Covered Market traders to use is really exciting, especially as the company is based just outside the city. We‘re really looking forward to seeing the EAV vehicles on the streets of Oxford where they’ll prove their extraordinary efficiency and help to keep pollution levels as well as congestion to the lowest possible levels. We wish Aria and Atlas all the very best.” 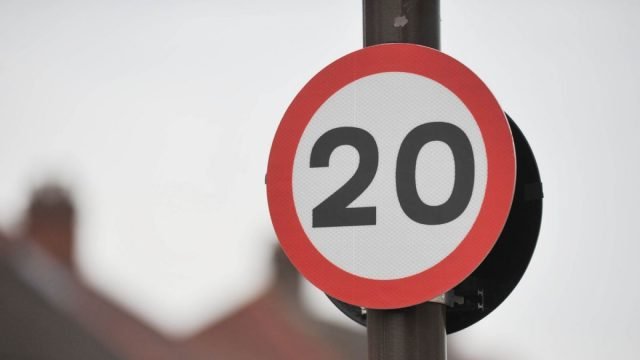