COVID-19 cases in Oxford is highest in south-east 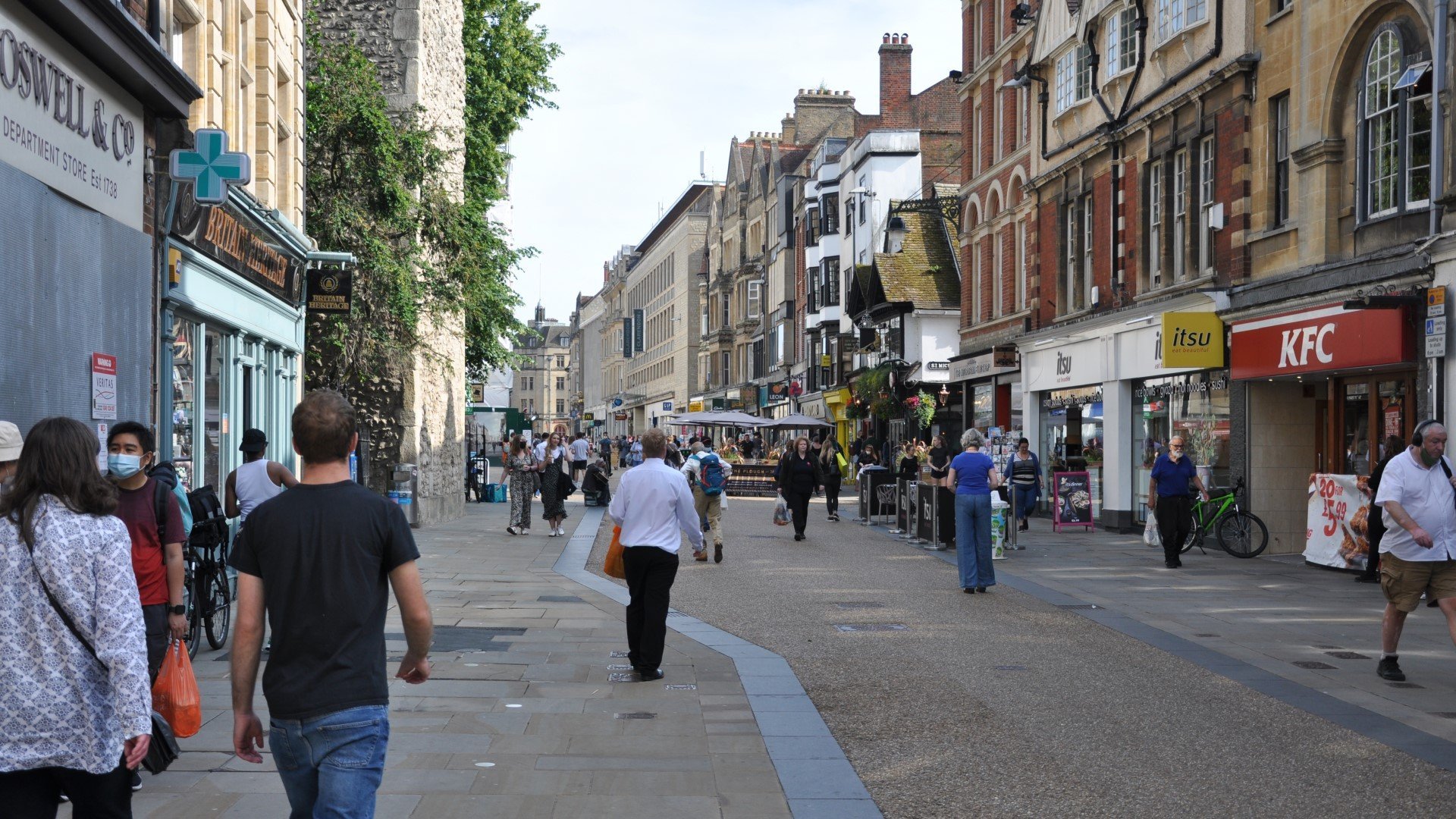 Daily cases in Oxford at a record level

The number of coronavirus cases in the county is rising again, driven by the delta variant of the virus, which is more transmissible. There were 360 new cases reported across the county on 06 July, with 139 of these in Oxford city.

At its previous peaks, the number of daily cases reported in Oxford were 165 and 163 on 30 Dec and 30 June respectively.

Case rates by district in Oxfordshire

But the weekly case rate in Oxford, at 629 per 100,000 population, is over two and a half times the national average and at a similar level to what it was in the previous peak in January.

Oxford City’s cases are now firmly in the top ten in the entire country and the highest in the south-east. And eighty per cent of these cases are currently in the 18-29 age group.

There is clearly a weakened link between the number of cases and deaths. Back in January, around 1 in 50 cases resulted in death. However, nationally, it is now less than 1 in 1,000 because of the vaccination programme.

Additional COVID-19 testing facilities for people aged 18 – 29 in Oxford will continue to be available.

More than a thousand young people took part in PCR testing at temporary facilities over the weekend. Oxfordshire County Council and Oxford City Council is asking for more people aged 18 – 29 to now take part with three walk-in mobile testing units open for business from 10.00am to 8.00pm between Tuesday 06 July – Sunday 11 July. No appointment is needed.

The temporary centres are located at

More walk-in clinics will be available to those aged 18 or over for first dose vaccines:

A further site at Mansfield College will be confirmed later this week. All the latest on walk-in clinics can be found at oxfordshireccg.nhs.uk

No appointment is necessary, and no proof of identity is required (although helpful) to allow people aged 18 or over to ‘grab a jab.’

People who attend a walk-in clinic for their first dose will have their vaccination record updated online and will then be able to book their second dose appointment using the national booking system.

Anyone over the age of 18 can also book a vaccination on the national booking service (they do not need to wait to be invited).

Ansaf Azhar, Director for Public Health at Oxfordshire County Council, said: “Cases in Oxford in the last seven days have risen over three-fold, and this comes on top of large rises in recent weeks. The overall rise in cases over the last month has been exceptionally steep.

“Oxford is now a COVID hotspot for the whole of England, and we have seen nothing like this since the big spike in cases at Christmas. We must do all we can to get on top of this situation together working with central government, which is very much aware of the rise we are experiencing.

“Around 80 per cent of our cases in Oxford are 18 – 29 year olds, so we are urging anyone in this age group to get a PCR test this week. Thank you to all those who took part in testing at the weekend – this was a fantastic effort – but please help us spread the word to your friends, family and colleagues of the same age to come along and do the same.

“If you are aged 18 – 29 living in Oxford, please get a test to keep safe while you are waiting to get full protection from your vaccinations and play your part in stopping the spread of the virus. Cases around the county are at lower levels, but they too are rising. Rates in the over 60s are still comparatively low, but they have risen four-fold over the last week.

“As the government announced yesterday, we are on track for society to reopen fully on 19 July but regular testing and completing the vaccination programme remain the nation’s long-term plan for living with COVID-19. If you haven’t already, please take up your offer of a first vaccination.”

Councillor Susan Brown, Leader of Oxford City Council, said: “The situation in Oxford is very serious. We now have the highest rate of infections in the south-east, and we are among the highest in the whole of England. We have urgently called for extra resources to get on top of the problem. I am asking everyone to help bring the infection rates down.

“Eighty per cent of the cases are in the 18 – 29 age group, so we are asking everyone in this age group to please come to one of the walk-in PCR testing sites that are being deployed this week to make sure you know your COVID status and can self-isolate if positive. Don’t forget it is possible to be positive and putting others at risk without having symptoms yourself.

“When restrictions ease on 19 July, the virus will have even more opportunity to spread. We also still have a high percentage of people in Oxford who are unvaccinated in some areas of the city. With case rates rising, this could mean people getting very ill.

“Our communities have been great at looking after each other this last year, and young people deserve particular credit for supporting their elders. Anyone aged 18 or over who hasn’t yet had their first jab can now book an appointment through the NHS website. Please don’t lose focus now – we must still keep protecting each other.”