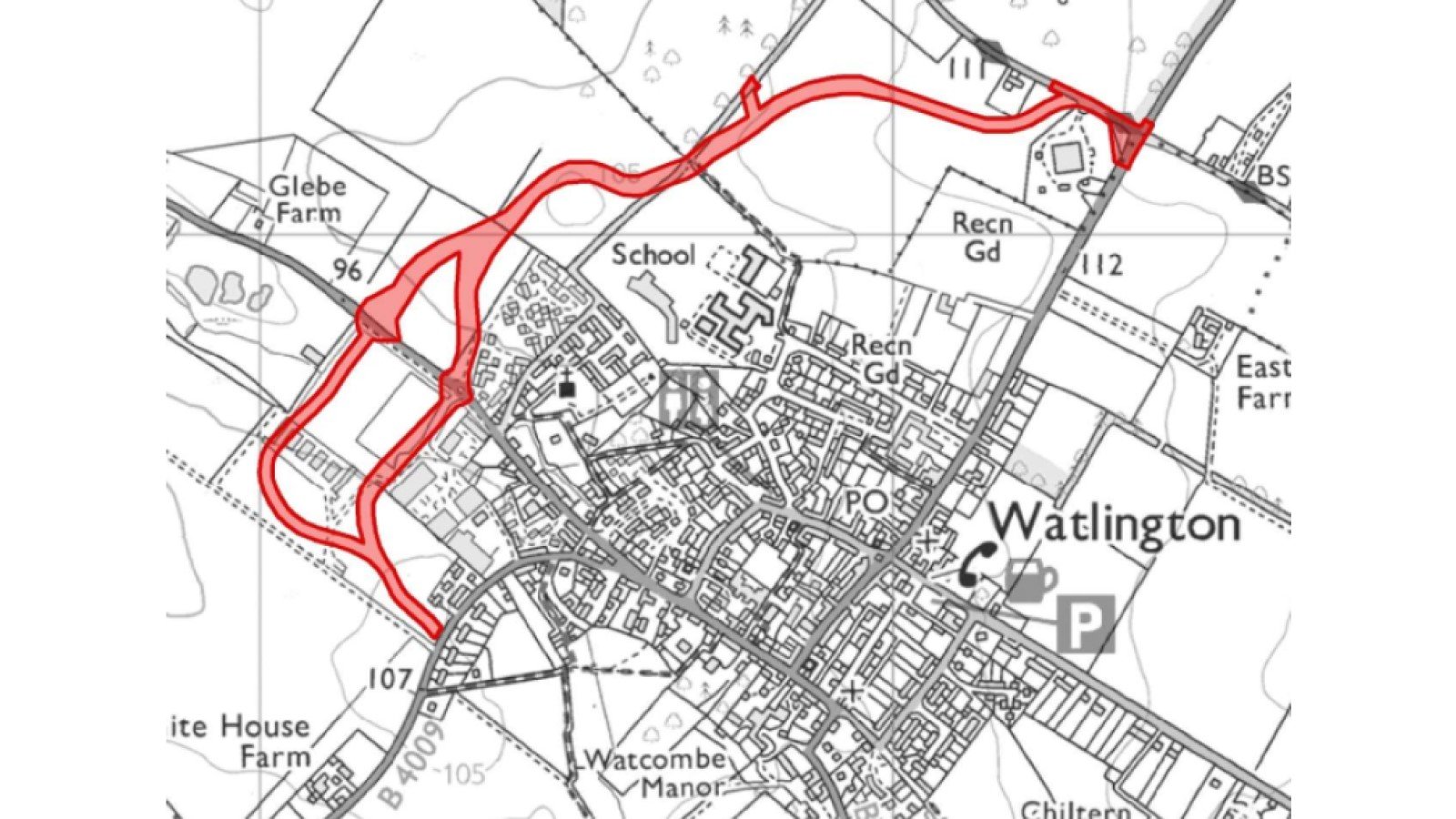 HGVs will be banned from using the new Watlington relief road amidst concerns it could be used by lorries as a through route.

Concerns that Watlington’s new relief road could be used by lorries as a through route have been allayed by Oxfordshire County Council.

The market town of Watlington sits to the southeast of Oxford, on the edge of the Chiltern Hills, and suffers from increased levels of traffic running through it, and there are four housing projects on the outskirts set to exacerbate the situation.

Outline planning permission for the fourth of those was granted by South Oxfordshire District Council in February, unlocking the last piece of land required to build the bypass.

That permission does not include the road – that application is set to come forward later this year – but essential funding for it is set to come from developers of the land between already built-up areas on the northern edge of Watlington and where the road, which will create an alternative for vehicles, will go.

One of the measures to soften the impact on Watlington is a 7.5-tonne weight restriction, and Councillor Freddie van Mierlo (Lib Dem, Chalgrove & Watlington) is keen to ensure that heavy goods vehicles (HGVs) are not able to add to the through traffic once the bypass arrives.

“Concerns have been expressed by some that the route would see an increase in HGV traffic,” he said.

“The Watlington relief road will remain within the existing area weight restriction band, which is currently 7.5 tonnes.”

The bypass was moved forward to the design and procurement phase by the county council’s cabinet in September 2021.