New artwork highlights railways’ role in the standardisation of time 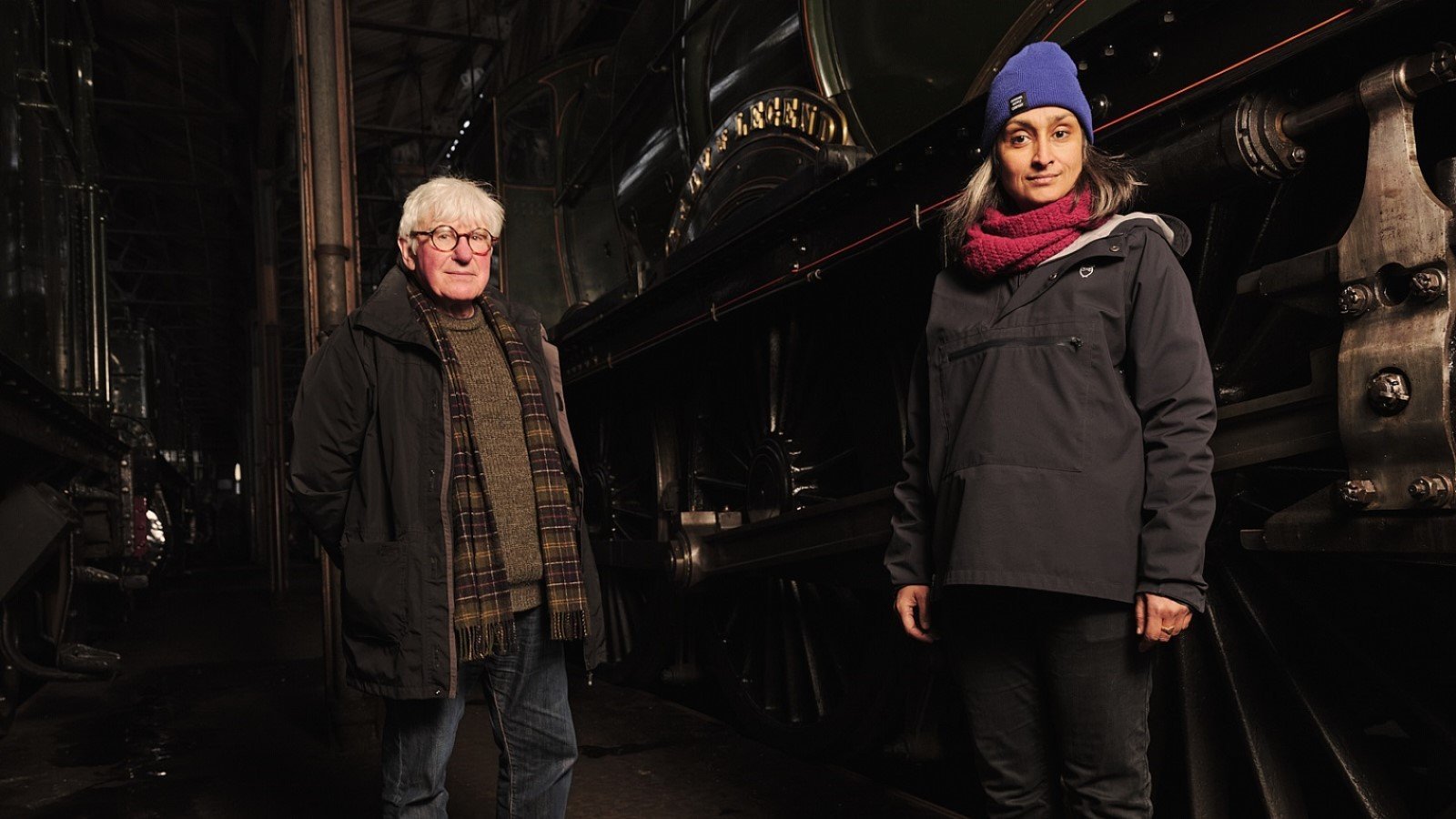 The role of railways in the standardisation of time has inspired a new artwork, which will go on show this spring.

Artist Savinder Bual has created a film installation which will go on show at Didcot Railway Centre before being streamed online.

The Train Effect is inspired by how, in 1840, the Great Western Railway introduced ‘Railway Time’, meaning a single, standardised time was used on its line and subsequently across railway stations in Great Britain.

“The installation is about our relationship with time, using the history of the railways as a framework,” explained Savinder. “The railways were instrumental in shaping our modern perception of time, and I want to use them to prompt people to think about time from different perspectives.”

The Train Effect shows Didcot Railway Centre’s engine turntable, which measures 21 metres across, being turned by hand by a series of the museum’s volunteers, who can usually be found driving the museum’s restored engines. Filmed from above using a drone, viewers will see steam locomotive No.2999, ‘Lady of Legend’, rotating like the hands of a clock.

“By showing that a small action by just two people can create an immense change – in this case, moving a 130-tonne engine – I want to show that we have the power to renegotiate how we think about time,” said Savinder.

“Not only do we need to take a longer-term view of how we think about ‘now’ and ‘the future’, so we can look after the planet for future generations, perhaps we should also be focusing more on the natural cycles which were replaced by standardised time,” said Savinder.

Clive Hetherington, Chief Executive of Didcot Railway Centre, said: “Savinder’s installation is hugely relevant to the site, to the people who visit and to our many volunteers who run the museum and restore and drive our locomotives. I hope it will surprise people and stretch their imaginations.”

The Train Effect will be on show in Didcot Railway Centre’s original 1930s waiting room, where visitors wait to board trains running on the centre’s two lines. It will be on show from Saturday, 28 May 2022, until Saturday, 04 September 2022, before being streamed online at savinderbual.com/thetraineffect.

For this round of the programme, leading artists have been partnered with six museums to produce new artworks inspired by the museums and their collections.