Oxford Half Marathon 2021 results – who were the winners? 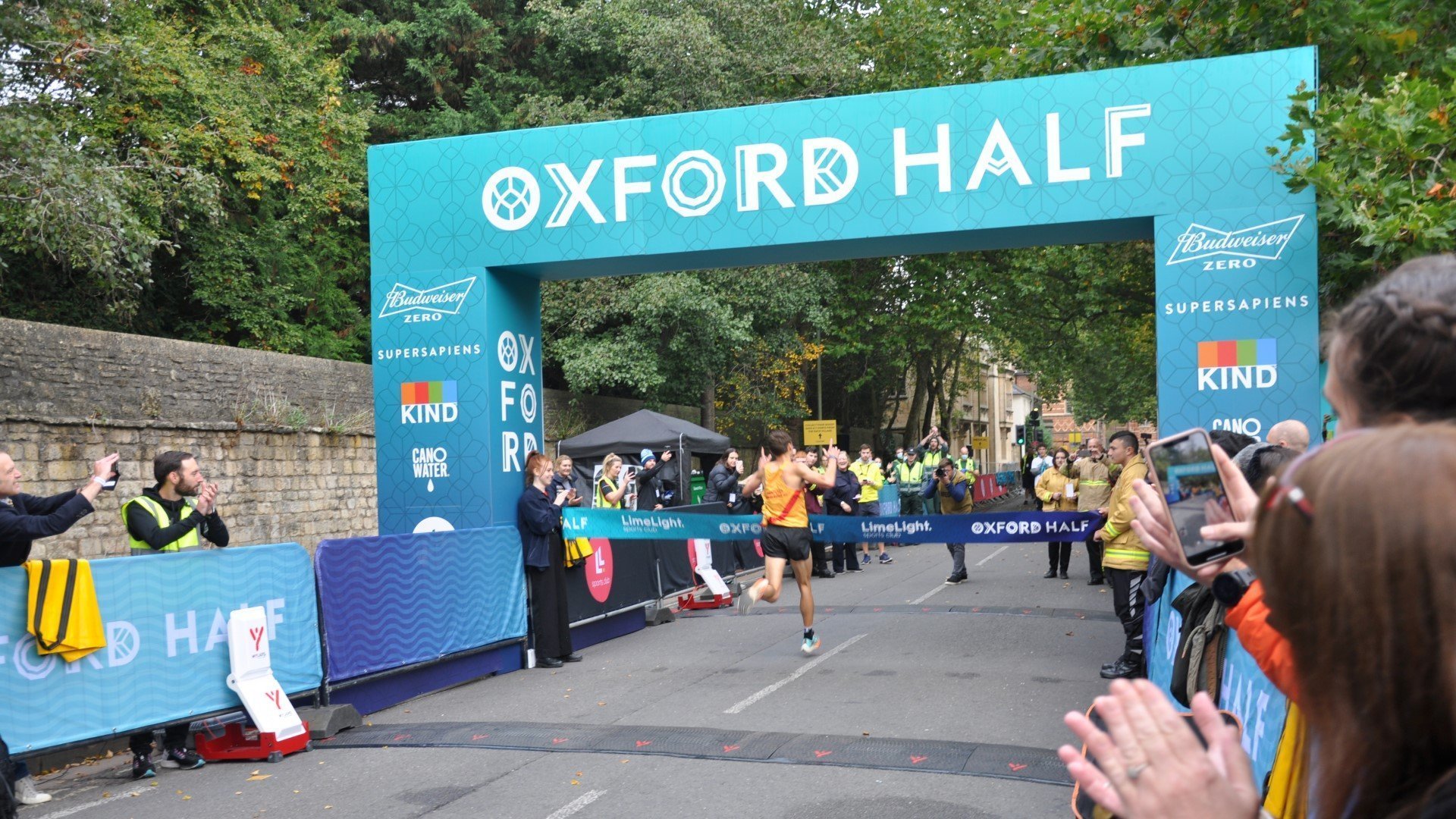 Sunday 17 October saw the Oxford Half Marathon take place, with over 7,200 runners taking to the streets of Oxford. This year’s marathon had staggered start times between 9.30am to 10.00am.

Who won the Oxford Half Marathon 2021 Men’s race?

Third place was taken by Joe Bowness who finished the race with a time of 1 hour 10 minutes 06 seconds.

Who won the Oxford Half Marathon 2021 Women’s race?

Harriet Freeman came in second (17th position overall) with a time of 1 hour 16 minutes 51 seconds. Third place went to Sophie Birtles 1 hour 17 minutes and 26 seconds for an overall position of 22 out of 7242.

The Oxford Half Marathon is a flat and fast 13.1-mile route. The race began on Oxford’s iconic Broad Street in the city centre and took the runners through the streets of the historic city of Oxford before heading north on the Banbury Road to Summertown. The route also took the runners down the Marston Ferry road before returning to finish on Parks Road.

Medals were given to the runners – many of whom had trained for months to run the half marathon.

A race village was set up at Oxford University Park, where the runners also picked up race t-shirts and goodie bags.

As expected, there were some runners in awesome costumes and unusual accessories. And our favourite has to be these pair raising awareness for SSNAP (Support for Sick Newborns and their Parents) – a charity championing the right of all sick and premature babies treated in Oxford to receive the best care.

As if running 13 miles wasn’t enough of a challenge, Martin had a loaded washing machine strapped to his back and his friend has a tumble dryer.

A big well done to all those who participated in the Oxford Half Marathon and the amazing operational team and wonderful volunteers who made it happen.