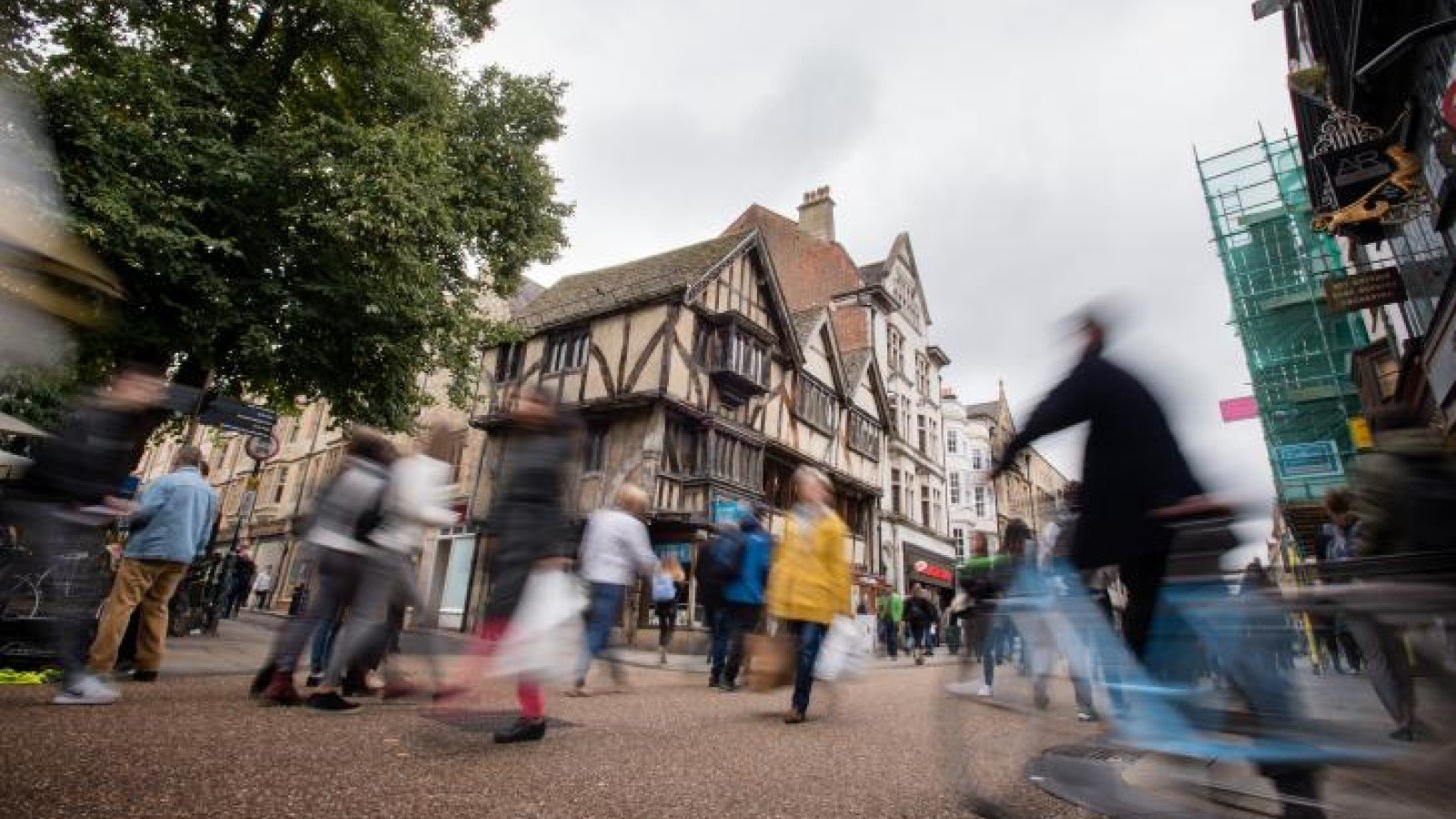 Pictured: Cyclists and walkers in the centre of Oxford, a scene the new project aims to replicate to the west of the city

The Oxfordshire Local Enterprise Partnership (OxLEP) has revealed that works on phase one of a new project – set to boost ‘cleaner’ modes of commuting in Oxford, as well as connectivity options in-and-out of the city – continues to make positive progress.

The project – which is supported by funding from the Government’s Local Growth Fund – will see the construction of improved cycle and pedestrian paths located to the west of the city, with routes leading in-and-out of Oxford city centre via Osney Mead.

Over the coming months, work will continue on the first stage of the overall project. Once finished, it is hoped the network will enhance connections in-and-out of the city and will encourage many of the thousands of commuters – who enter Oxford daily – to consider using cleaner and healthier modes of transport, as well as enhancing the experience of those who currently walk, run or cycle in the city.

Work began on the first stage of the project in early March this year.

OxLEP hopes the network will also help to make a positive impact on reducing the current level of carbon emissions generated along some of the city’s main transport routes.

The project aligns closely with the aim of the county’s energy strategy – launched by OxLEP in November 2019 – which sets out a desire to reduce countywide emissions by 50% by 2030, compared with 2008 levels.

In addition, the project sits favourably with a target created by the group behind the Zero Carbon Oxford Charter, which aims to see the city achieve net-zero carbon emissions by 2040.

Away from connectivity, the project will complement future plans – set out in the Oxfordshire Local Industrial Strategy – for the county to become a top-three global innovation ecosystem by 2040, with the measures playing an important role in supporting the development of the new Osney Mead Innovation Quarter.

The Innovation Quarter will see the city benefit from the creation of new cutting-edge research facilities, commercial space and accommodation totalling over 20,800m2 of space.

The first stage of the transport improvements, and the wider Innovation Quarter project, are both being delivered by the University of Oxford.

Better cycle and pedestrian paths will help achieve the University’s environmental targets by enabling safe, sustainable travel around the city, while the Innovation Quarter will create jobs and drive economic growth – both locally and nationwide – by encouraging the commercial application of University researchers’ expertise.

OxLEP secured £1.7million worth of funding for the connectivity works via the Government’s Local Growth Fund.