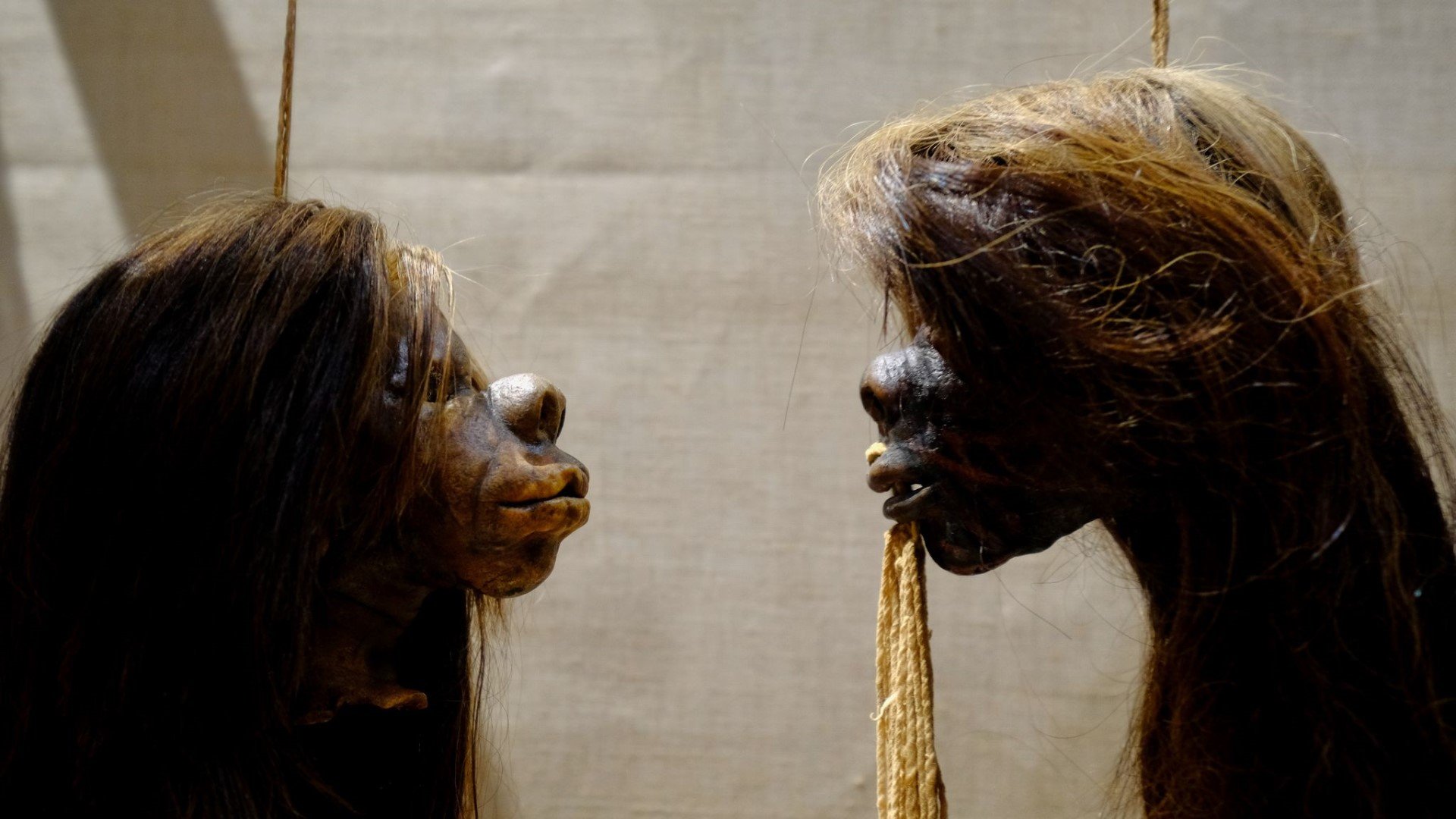 The Shuar tsantsa or shrunken heads have been removed from display in Oxford. Image: Pitt Rivers Museum, University of Oxford

When the Pitt Rivers Museum reopens its doors to the public on 22 September, visitors will see changes to some of the museum’s more contentious displays as part of a decolonisation process. In particular, human remains, including the popular ‘shrunken heads’, have been removed as part of an internal review of displays from an ethical perspective or “decolonisation process”.

Pitt Rivers Museum is one of the leading and best-known museums of anthropology, ethnography and archaeology in the world and its collection of more than 500,000 items, acquired over more than 130 years, reflects an incredible breadth of culture. Objects range from musical instruments, weapons, masks, textiles, jewellery and tools, and cover all periods of human existence.

However, the history of the Museum, and many of its objects, is closely tied to British Imperial expansion and the colonial mandate to collect and classify objects from the world over. The processes of colonial collecting were often violent and inequitable towards those peoples being colonised. 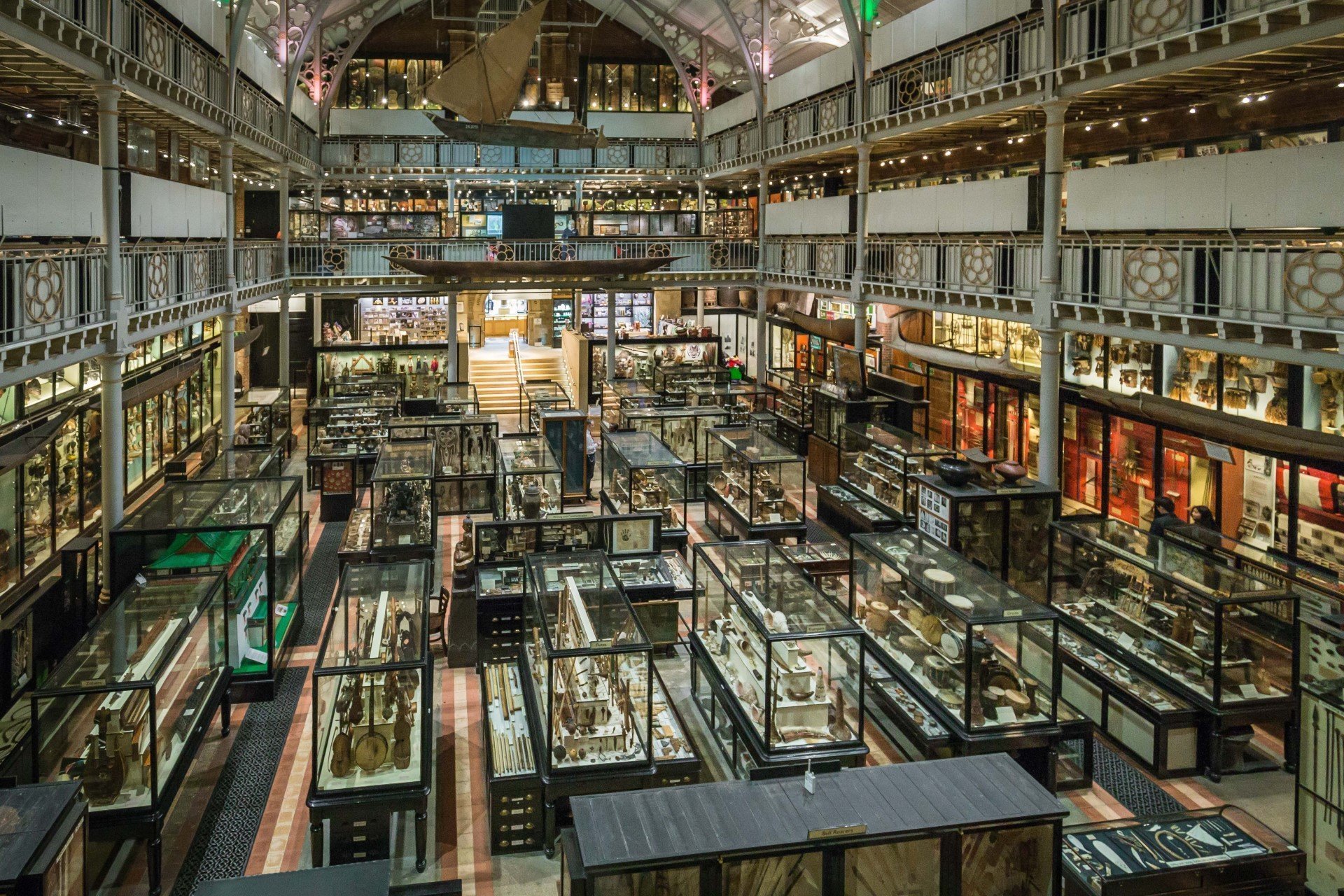 The museum has some 500,000 items, many of which are “closely tied to British Imperial expansion”. Image: Pitt Rivers Museum, University of Oxford

This difficult history has led the Museum to engage more closely in acknowledging its past practices and the nature of its collecting, display and interpretation and the effects those have today. While such questions are being posed in museums across the world, the nature of Pitt Rivers’ history, collections and displays (its historic labels including racist and derogatory language, commonly used at the time) made these questions particularly pressing and especially challenging.

The review identified and prioritised displays that required urgent attention because of the derogatory language used in the historic case labels or because they played into stereotypical thinking about cultures across the globe that, as part of the colonial project, were seen as ‘primitive’ or ‘savage’. Some cases were chosen for review as they include looted objects, or featured human remains on display. Others included objects considered sacred or secret by Indigenous Peoples, such as the Shuar tsantsa (shrunken heads).

Over the summer, a team at the Museum have been carefully taking 120 Human Remains from open display including the well-known South American tsantas (also known as the ‘shrunken heads’), Naga trophy heads and Egyptian mummy of a child. All items have now been moved into storage. The Museum still stewards over 2,800 human remains from different parts of the world and is actively reaching out to descendant communities over the next years to find the most appropriate way to care for these complex items. 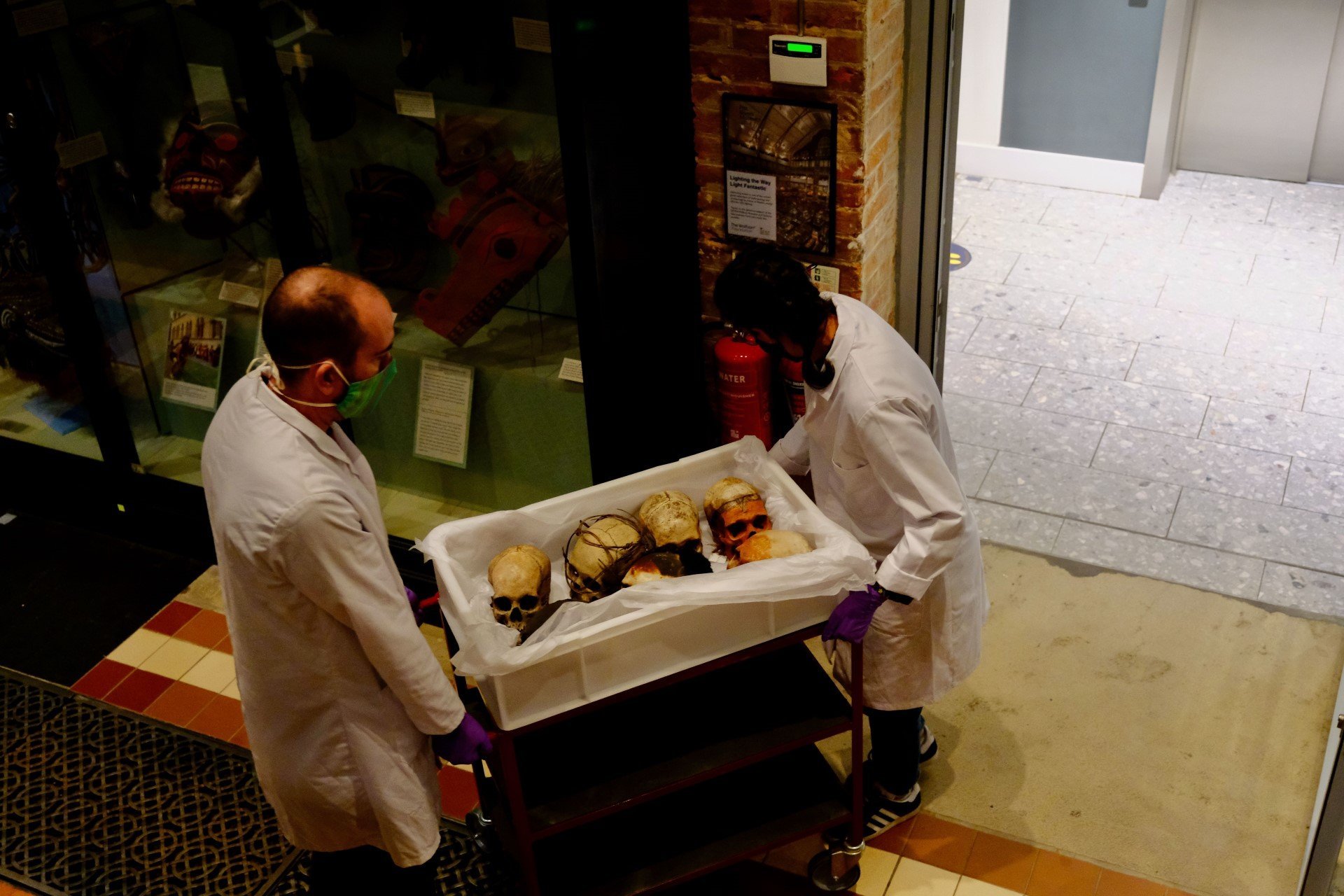 About the Shuar Tsanta or ‘Shrunken heads’

Laura van Broekhoven, Director of the Pitt Rivers Museum said: “Our audience research has shown that visitors often saw the Museum’s displays of human remains as a testament to other cultures being ‘savage’, ‘primitive’ or ‘gruesome’. Rather than enabling our visitors to reach a deeper understanding of each other’s ways of being, the displays reinforced racist and stereotypical thinking that goes against the Museum’s values today. The removal of the human remains also brings us in line with sector guidelines and code of ethics.”

Pitt Rivers Museum will reopen from 22 September. Entry is free entry but pre-booking is required