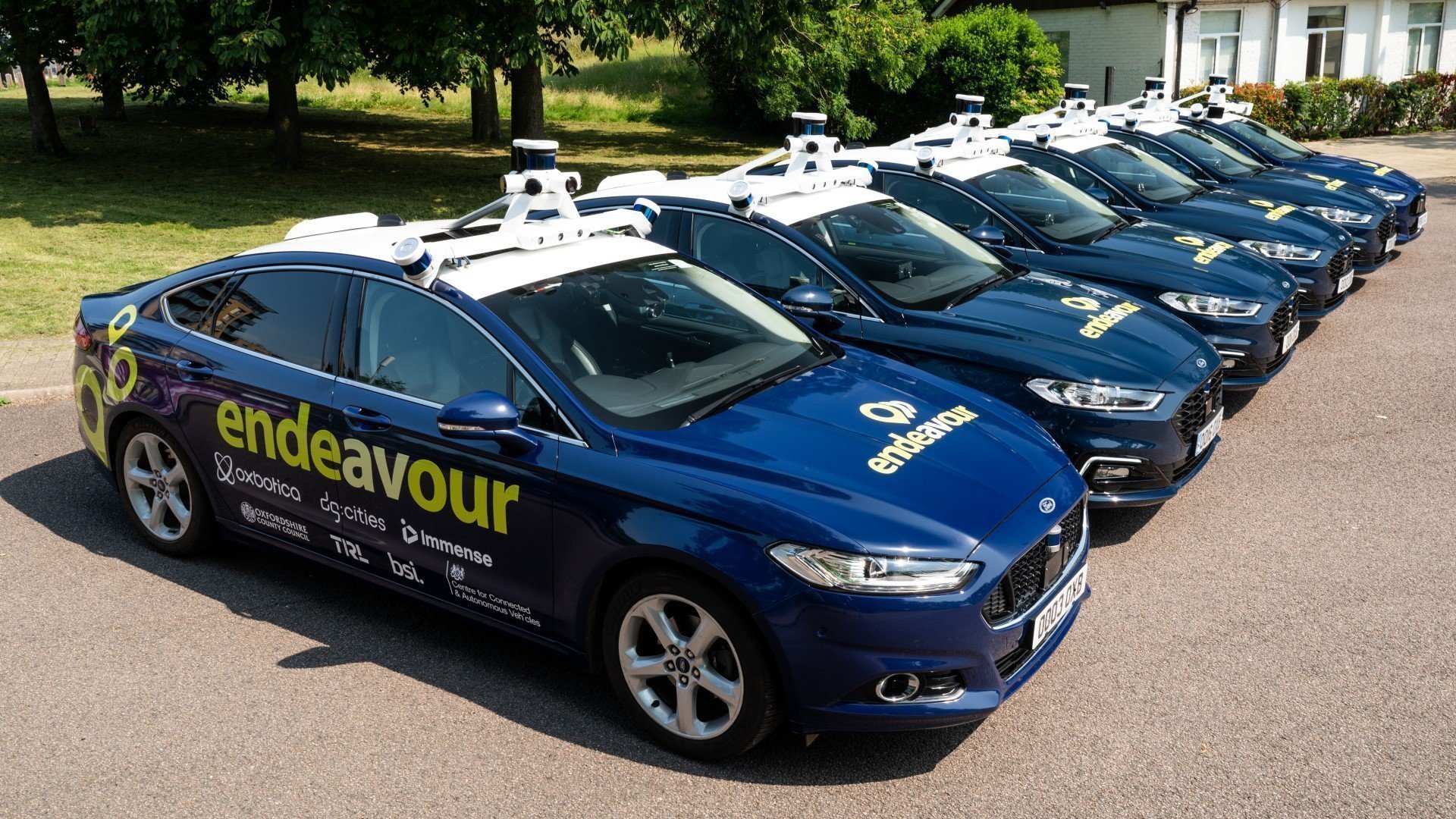 As a part of the conclusion of this wide-ranging initiative, more than 100 members of the public were able to schedule demonstration rides in Oxbotica’s vehicles, with consortium partners DG Cities surveying confidence and trust in the technology before and after to analyse perception of AV safety. The event also offers a virtual reality experience to explore what it’s like to be in an AV as it moves through a typical urban setting.

Ahead of the trials, the UK public said that in-vehicle safety and the safety record of the service provider were the top two most important considerations when choosing future mobility providers, ranking ahead of cost, cleanliness, and availability. Post-trial data will be studied to understand if experiencing the technology improves the acceptance of AVs.

Project Endeavour, launched in March 2019, is the UK’s first multi-city demonstration of autonomous vehicle services and capability, beginning in Oxford, before visiting Birmingham, and ending in London. It is designed to accelerate the deployment of autonomous vehicle services across the UK by creating a flexible, scalable model that will make the deployment process quicker, easier, and more efficient – while maintaining the highest safety standards.

The Endeavour consortium which is part-funded by the Centre for Connected and Autonomous Vehicles (CCAV) and delivered in partnership with Innovate UK, is being led by Oxbotica, in collaboration with DG Cities, Immense, TRL, BSI, and Oxfordshire County Council.

A fleet of six Ford Mondeo vehicles have been deployed during the demonstration to replicate how an autonomous mobility service may operate in an urban environment. The vehicles, integrated with Oxbotica’s world-leading autonomy software platform, completed a five-mile urban route around Greenwich’s busy streets, allowing partners to model the complex and busy network and exposing the vehicle to varied traffic and weather conditions.

Transport planners and local authorities are also using the trials to understand how autonomy can fill mobility gaps in urban and rural settings, and how to support communities in accessing the new technology while playing a role in the long-term sustainability of cities.

Project Endeavour has applied BSI’s safety case framework specification PAS 1881:2020 Assuring the Safety of Automated Vehicle Trials and Testing, which specifies requirements for operational safety cases for automated vehicle trials and development testing in the UK. Oxbotica is the first company to have had its safety case assessed by BSI against the requirements of PAS 1881:2020.

Trevor Dorling, Managing Director of DG Cities, said: “The London demonstration concludes the on-road trials phase of Project Endeavour. The results of the project will allow the project partners to further advance the deployment of AV services safely and at scale, addressing some of the major transport challenges cities face today and in the future.

“We are also excited that we are able to offer the public the opportunity to ride in one of the Project Endeavour autonomous vehicles during our trials in the Royal Borough of Greenwich. Their feedback will give us valuable insights on how we need to keep adapting both the technology and its deployment in cities in years to come.”