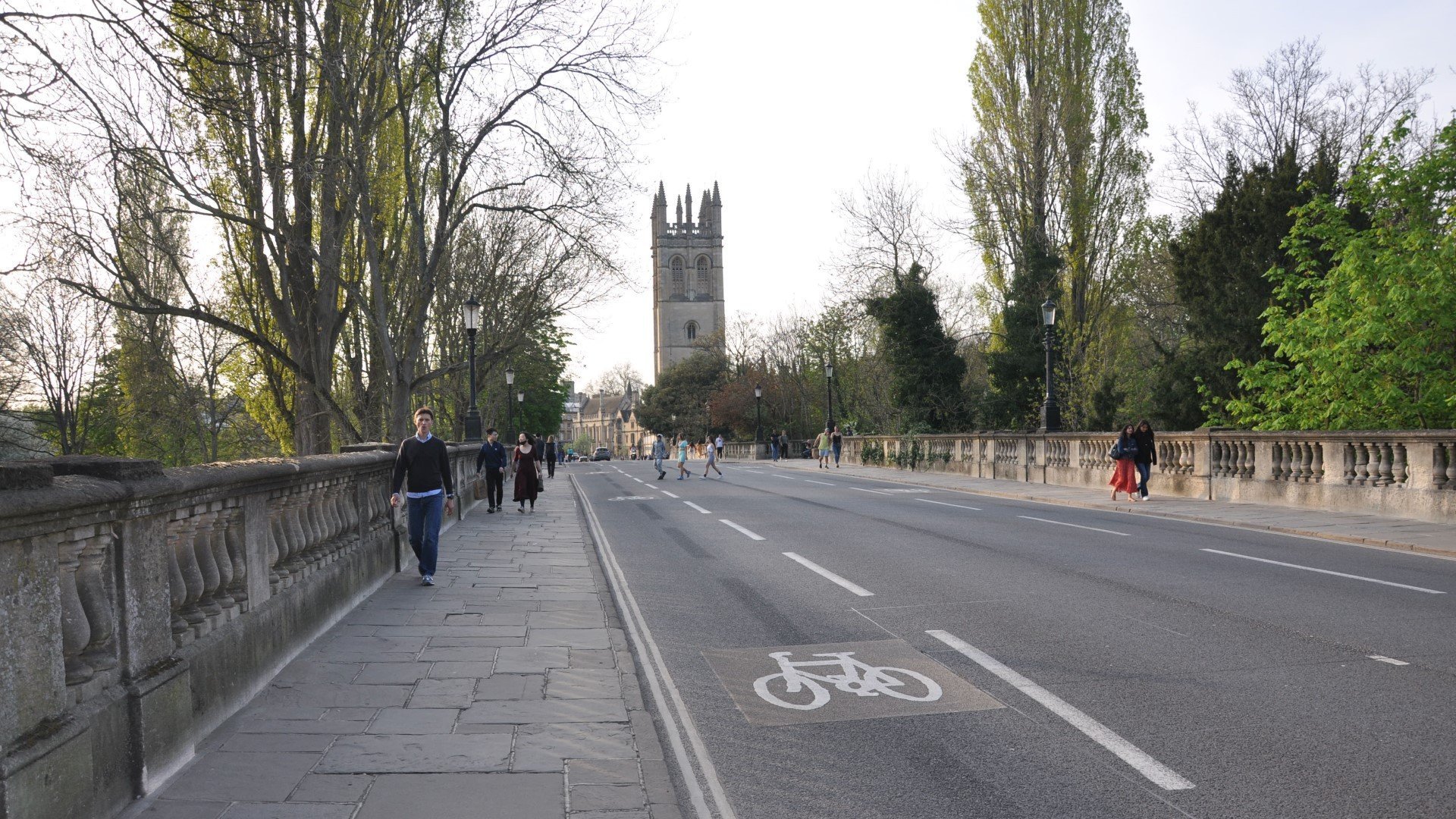 Road closures will be in place as thousands are expected to attend May Morning 2022 along High Street to Magdalen Bridge in Oxford.

Oxford City Council is working with partners to prepare the city for thousands of people to attend May Morning 2022 for the first time in-person since 2019.

The city’s May Morning celebrations, which mark the coming of spring, have taken place for over 500 years. The COVID-19 pandemic meant this unique Oxford event had to be experienced distantly and online.

Crowds will gather along High Street to Magdalen Bridge at 6.00am on 01 May to watch choristers sing the Hymnus Eucharisticus from the top of Magdalen College’s Great Tower.

Hymnus Eucharisticus was composed in the 17th century by a Fellow of Magdalen College and has been sung every year on May Morning ever since.

This will be followed by the Great Tower’s bells ringing out over the city for approximately 20 minutes. Events and activities, including Morris Dancing and folk singing, will then take place across the city.

Exemptions are included for emergency services and essential access.

A crowd management system, which was successfully implemented for the first time in 2018, will again be in place. It will see one-way channels created on Magdalen Bridge to enable the crowd to flow safely during the event and immediately afterwards.

People will not be allowed to stop in the channels, and stewards and signs will be in place to direct people to areas where they can stop and view the event. People wishing to move through, or leave the event space, will need to keep left.

If capacity is reached on Magdalen Bridge, stewards and barriers will be used to stop any more people from accessing the bridge from the west and east.

Bicycles – including those ridden and pushed – will not be allowed to cross Magdalen Bridge immediately before or during the event.

Designated viewing areas for wheelchair users, families with young children, and those with buggies, will be available in the car park of Magdalen College School and in Rose Lane.

Paula Redway, Oxford City Council’s Culture and Community Development Manager, said: “May Day is an occasion to lift the spirits and be joyful, and absolutely unique to Oxford.

“Many thanks to those who donated generously to enable artworks to be installed on the bridge this year to celebrate.

“We know people will be excited after the two year absence, but we ask people attending this year’s event make themselves aware of the plans and follow instructions from stewards on the day.”

Events held at other venues and locations across the city are organised by the individual venues or groups.