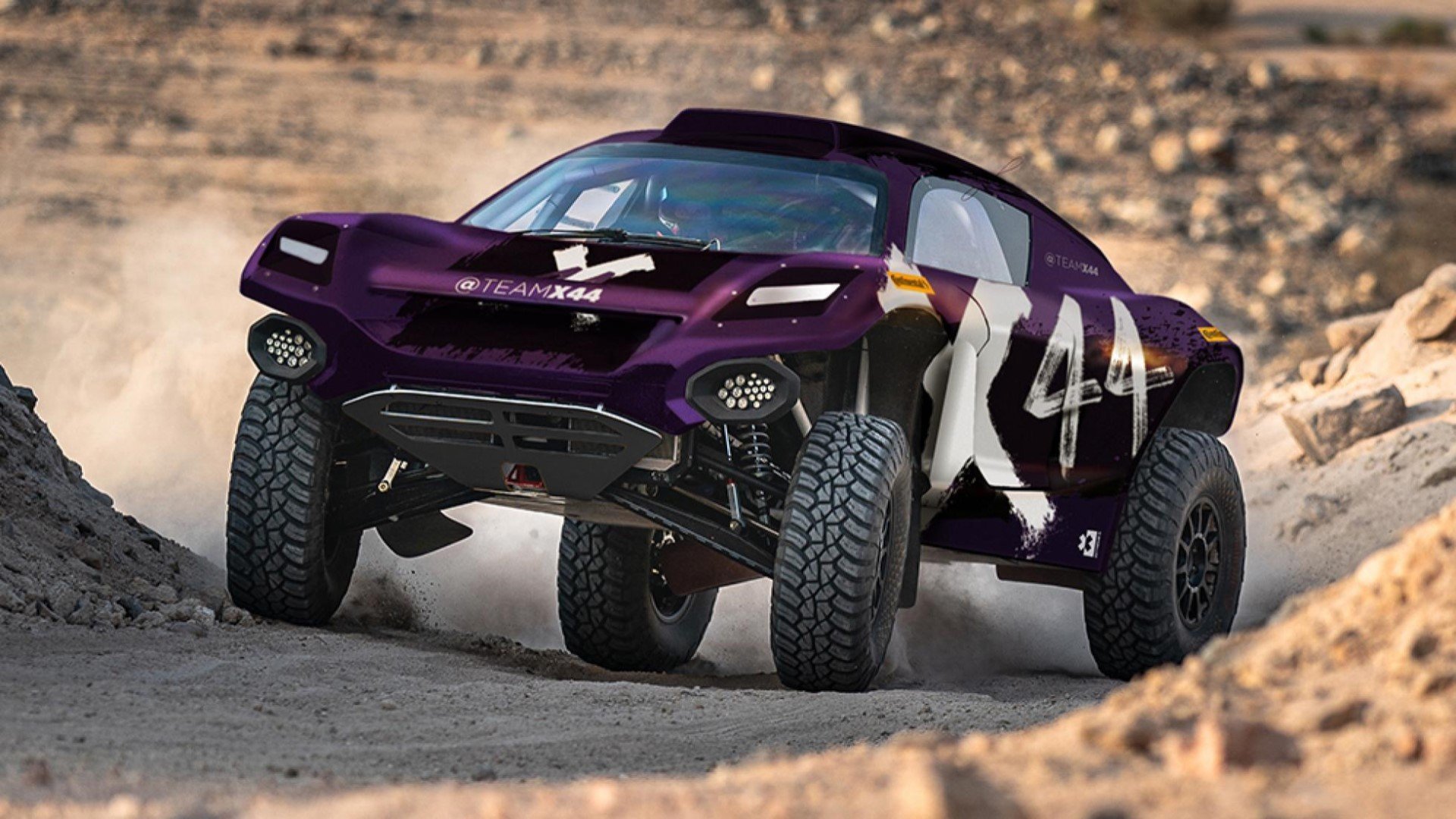 Lewis Hamilton announced the creation of his own Extreme E team, called X44, in 2020.

Extreme E, the brainchild of the founder behind the Formula E racing series, is set to initiate a radical new off-road racing series. It will showcase electric Sports Utility Vehicles (SUV’s) and futuristic technologies in some of the most remote areas and extreme environments in the world.

Extreme E has acquired logistics and distribution premises in Bicester, Oxfordshire, with the transaction handled by White Commercial. The premises have been taken in addition to an existing facility at Donnington Raceway, as the series prepares to set sail for Season 1 onboard the former Royal Mail Ship ‘St Helena’, which has been commissioned and fully refurbished for the expedition. It will act as the operations, freight, logistics, accommodations and floating garage hub for the series.

Extreme E will be hosting its inaugural season in early 2021, staged across five environments, where climate change challenges across different ecosystems will be the focal point of each race. Locations include Greenland in the Arctic, Brazil’s Amazon, the Saudi Arabian Desert, Argentinan Patagonia, and Senegal on the West Coast of Africa.

Extreme E will be working closely with a scientific committee of experts in each region to raise global awareness and highlight such factors as rising carbon emissions, melting ice-caps, deforestation, desertification, droughts, plastic pollution and rising sea levels – whilst encouraging the way to a lower-carbon future. It will also provide a world-first gender-equal motorsport platform.

Likened to ‘Star Wars Pod racing meets Dakar Rally’, the races are designed to display short, sharp wheel-to-wheel racing action. Each race, known as an X Prix, will incorporate two laps over a distance of approximately 16 kilometres. Four teams, with two drivers – one male, one female – completing a lap apiece in-car, will compete head-to-head in each race over the two-day event.

The championship car is a fully electric SUV, named ODYSSEY 21. To withstand the harsh conditions, the car’s peak 400kw (550hp) output is capable of firing the 1650-kilogram, 2.3-metre wide electric SUV from 0-62mph in 4.5 seconds, at gradients of up to 130 per cent.

In 2020 the series started to attract attention by having Ken Block race the Extreme E car at the final stage of the Dakar Rally in January, and in September Formula One world champion Lewis Hamilton announced the creation of his own Extreme E team, called X44. A six-day drivers test was held in Château de Lastours in France in late September and early October, featuring some well-known racing drivers like Valtteri Bottas, Sébastien Loeb and Jean-Éric Vergne.

The premises taken in Bicester are situated within the heart of the ‘Motorsport Valley’. It is close to both 1) Bicester Heritage, the first business campus dedicated to historic motoring, based at the former WW2 bomber station; RAF Bicester, and 2) the famous Silverstone Circuit, which provides a significant and world-leading cluster in the UK for automotive technology uses.

The races are due to commence in early 2021. Audiences will be invited to tune into the action remotely through global broadcast, which will include the BBC in the UK, and via social media channels rather than attend the events in person. Wherever possible, gates, branding and other usual track features will be implemented virtually rather than physically, in a bid to reduce the championship’s carbon footprint.

The race calendar can be viewed at extreme-e.com:-

James Taylor, Chief Championship Officer at Extreme E commented: “Thanks to White Commercial, we are settling into our logistics and distribution premises in Bicester very well. The area itself is well-known as a motorsport hub, so it made perfect sense for Extreme E to have part of its operation based there.”