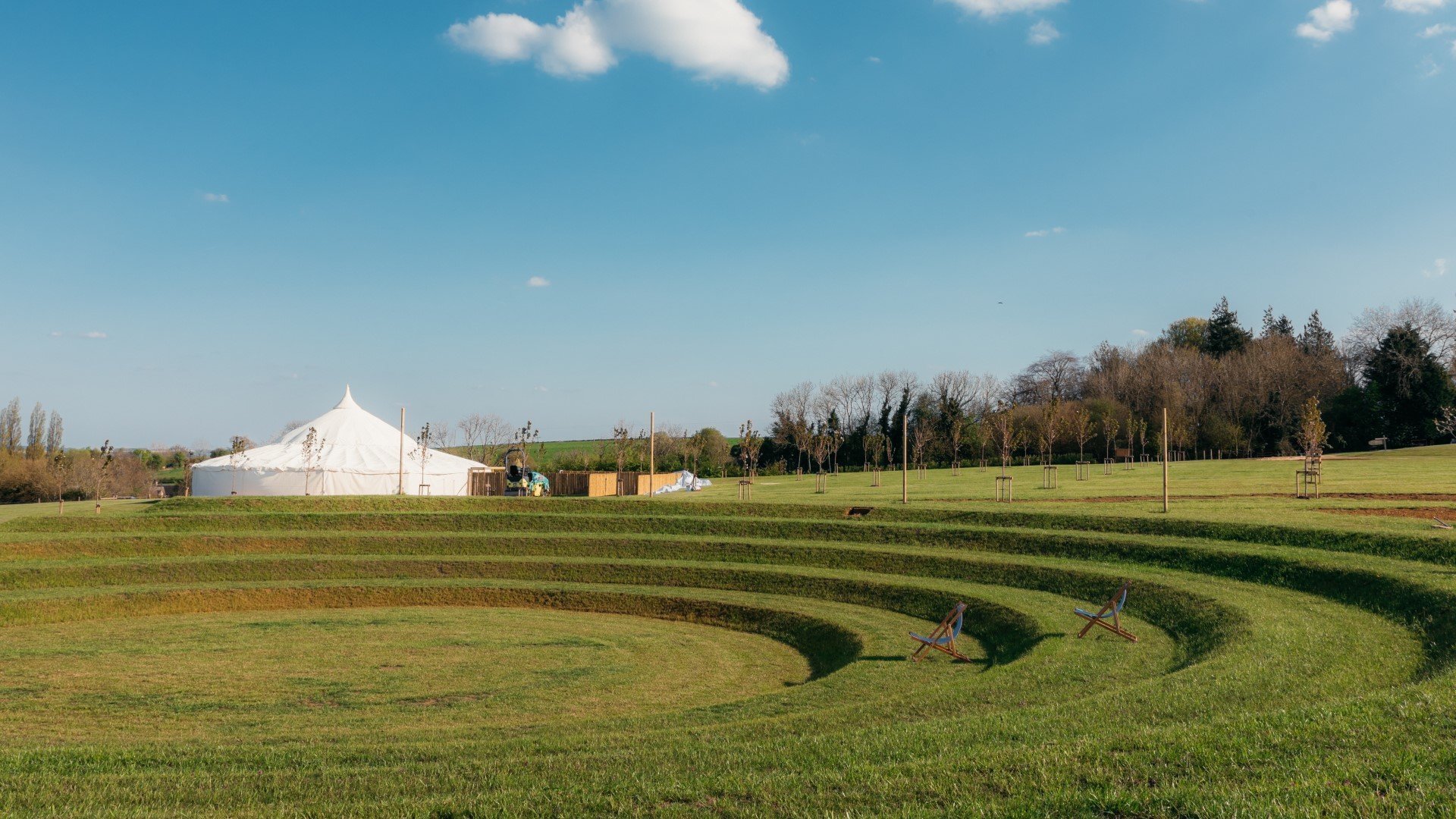 The 500-seater Amphitheatre in the Cotswolds will be home to an exciting new performing arts season from 14 June to 04 September.

A glorious green amphitheatre has grown from the earth in the Cotswolds. Sculpted in harmony with the surrounding landscape, the beautiful, grassed 500-seat Amphitheatre looks like it has always been there.

Situated between Stow-on-the-Wold and Adlestrop - inspiration for Edward Thomas’ famous poem – and with sweeping views across the breathtaking Evenlode valley, the Amphitheatre at Oddington’s Berrybank Park is set on the ancient wold between Stow, Moreton and Chipping Norton.

The Amphitheatre was created in memory of Janet Cockell, a local woman whose love of telling stories, the performing arts, and the Cotswolds inspired her family to build a venue to celebrate performance in all its magic while creating a space for everyone, from internationally renowned artists to local groups, schools, and performers.

Janet’s husband, Keith Cockell, had the vision, and co-owner and local farmer Jono Dudfield sculpted the stunning venue - tending to every blade of grass and the newly planted orchard.

The Amphitheatre in Cotswolds will be home to an exciting new performing arts season from 14 June to 04 September.

With Jazz, Opera, Broadway and West End music, Outdoor Cinema, Family Events, Cabaret, and the Real Garden Festival - a day of outdoor discovery, ecology and music, Shakespeare on bicycles to Illyria Outdoor Theatre’s flying Peter Pan and Opera Anywhere’s sing-along Pirates of Penzance, and master of Cabaret, Marcel Lucont (‘The UK’s favourite Frenchman’) and his witty Gameshow for Adults and Children - Les Enfants Terribles, – there is something for everyone to enjoy.

This is Shakespeare country, and the Amphitheatre is proud to open with Shakespeare’s Globe on Tour’s production of Julius Caesar – a blistering take on modern-day events – along with The HandelBards’ bicycle-powered, laugh-out-loud production of Shakespeare’s Twelfth Night and an exciting new version of A Midsummer Night’s Dream by The Duke’s Theatre Company later in the season.

The Gloucestershire-born writer Laurie Lee will be celebrated with an event that weaves music with his much-loved writing, from Cider with Rosie to A Moment of War.

As I Walked Out One Midsummer Morning, tells Lee’s journey from the Cotswolds to the Spanish Civil War, with music – including Elgar, Vaughan Williams, Britten, Albeniz, De Falla and Pete Seeger – from the Orchestra of the Swan, and featuring Anton Lesser (Endeavour, Game of Thrones) and Charlie Hamblett as Laurie Lee.

The Orchestra of the Swan’s The Eight Seasons will present a thrilling fusion of Italian baroque and Argentinian tango, combining Vivaldi’s Four Seasons with Astor Piazzola’s astonishing and unexpected Four Seasons of Buenos Aires.

The Amphitheatre’s first season will close with a rousing Picnic in the Park Proms and Fireworks with the Jaguar Land Rover Band, in aid of Kate’s Home Nursing.

Janet’s daughter, Judy Reaves, heads the creative programme with her husband and Production Manager, David Hamblett. A former West End theatre designer, Judy has created designs for the BBC, Edinburgh Festival, Lake District National Park and Chelsea Flower Show, and the Also Festival nearby. David’s career has taken him from the Marines to Moscow State Circus, and he is currently involved with Coventry City of Culture.

Their son, Charlie Hamblett, is an actor (Killing Eve, Around the World in Eighty Days, The Secret Agent). Charlie reprises his role at the Everyman, Cheltenham’s “Cider with Rosie”, when he plays the role of young Laurie Lee for the Orchestra of the Swan’s As I Walked Out One Midsummer Morning.

The Amphitheatre, with a capacity of 500, comprises five grass tiers with flat access to each. Each tier is chair height to enable clear sight lines and deep enough for people to stretch out their own blankets and chairs, although chairs and blankets can also be hired. The Amphitheatre is set among 12 acres of orchard and wildflower meadows for pre-show picnics and dining.

A marquee that glows in the dusk like a lantern-lit Brighton Pavilion will provide Front of House facilities, including a bar and restaurant celebrating local produce and - because who can count on the British weather – the Pavilion also provides an alternative performance space in case of bad weather. 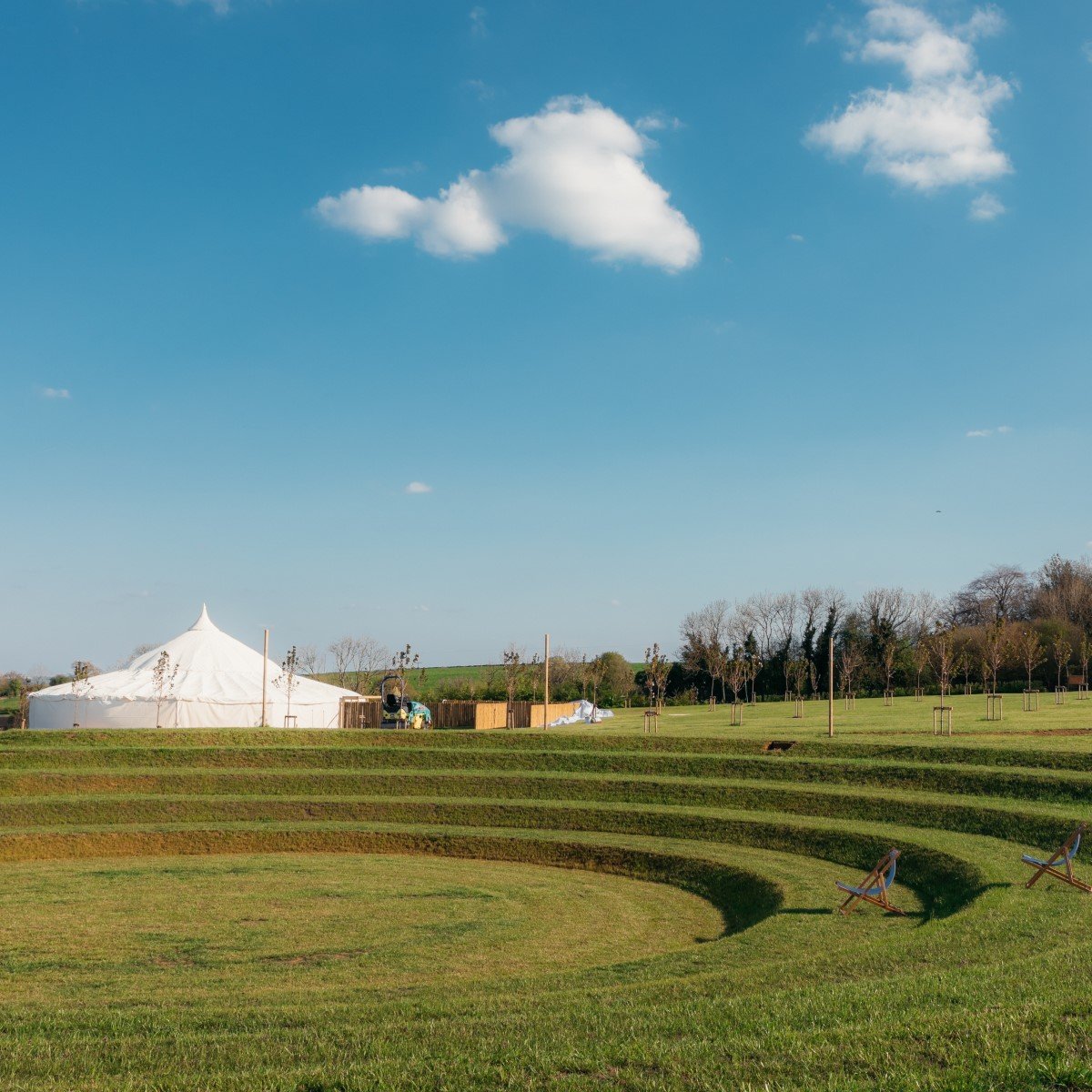 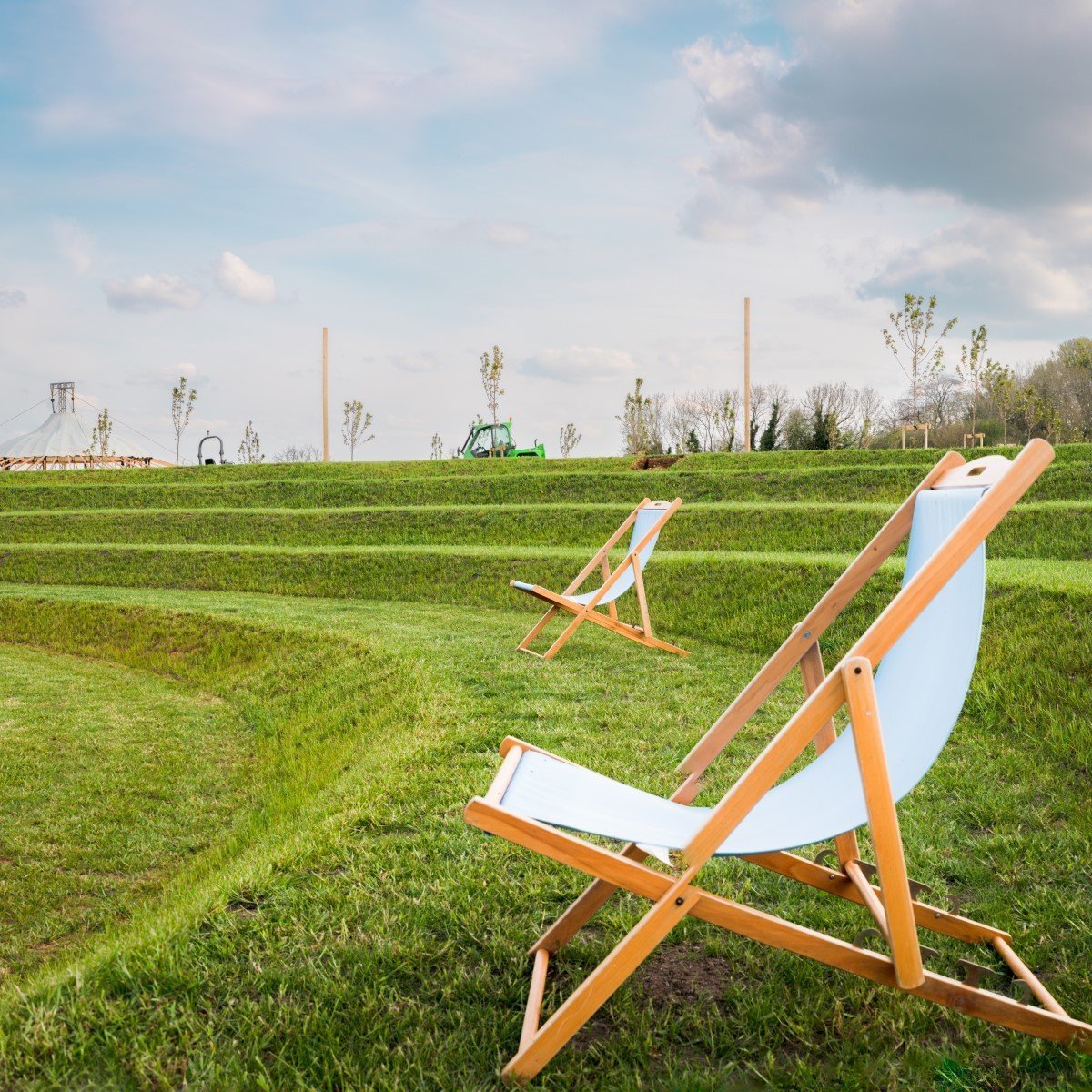 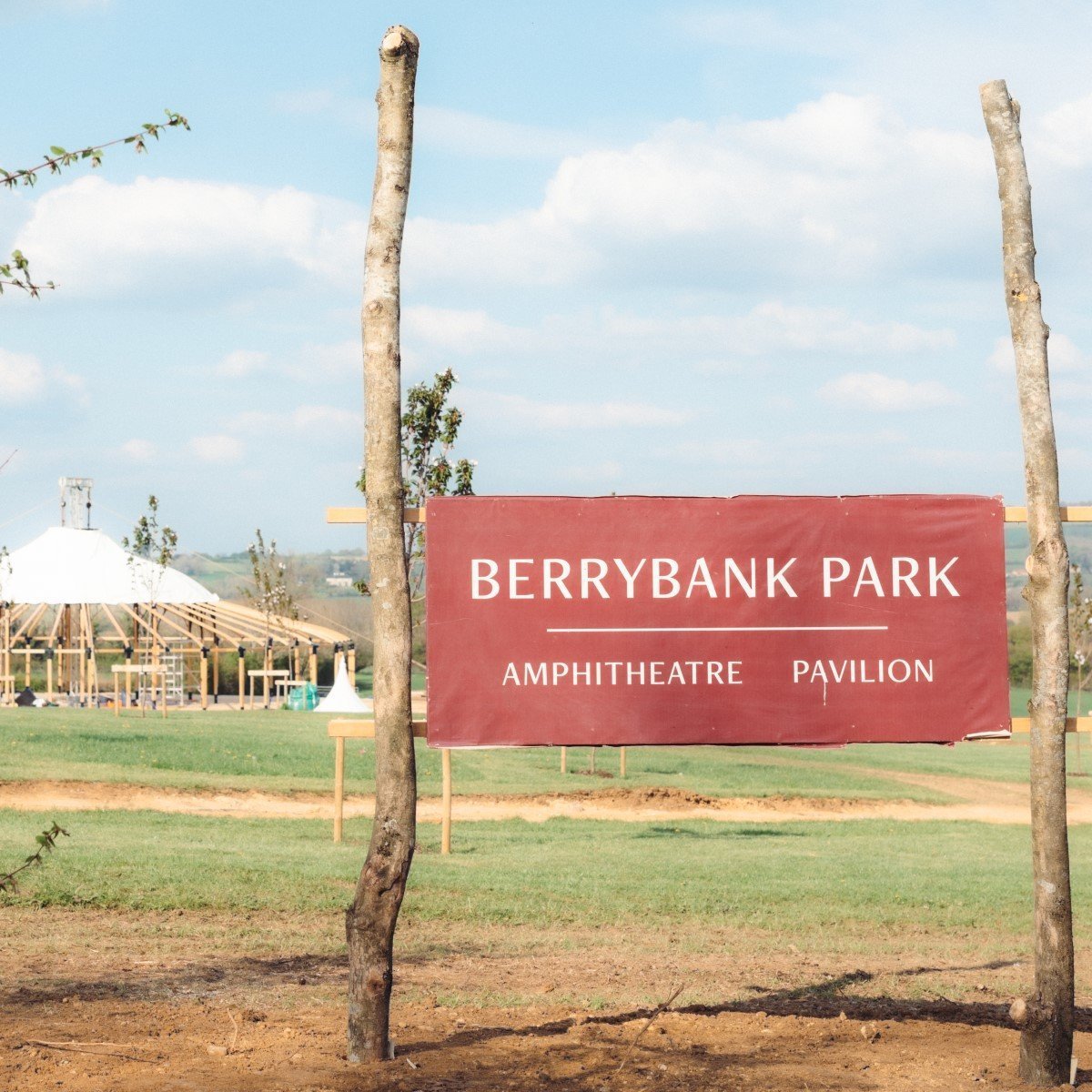 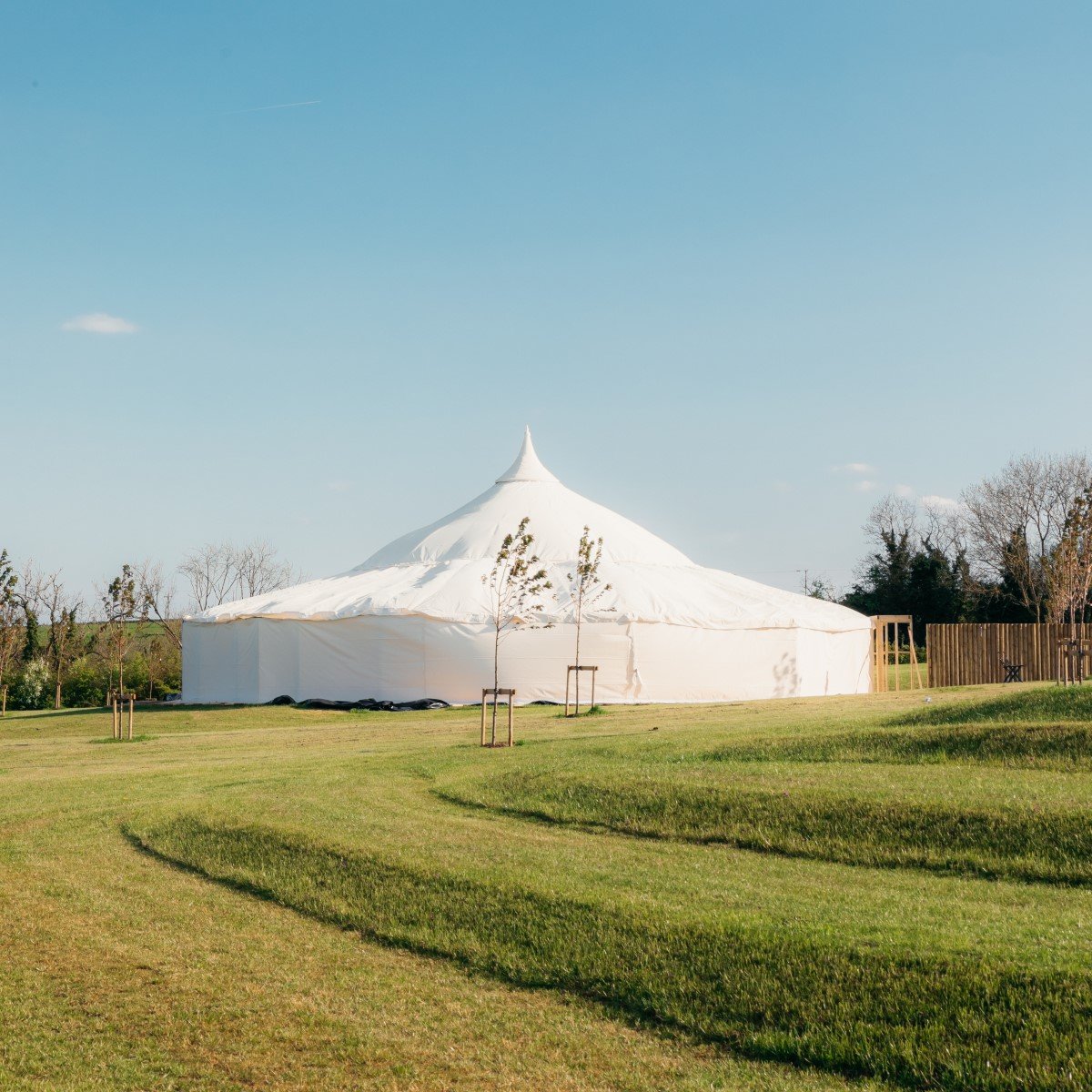 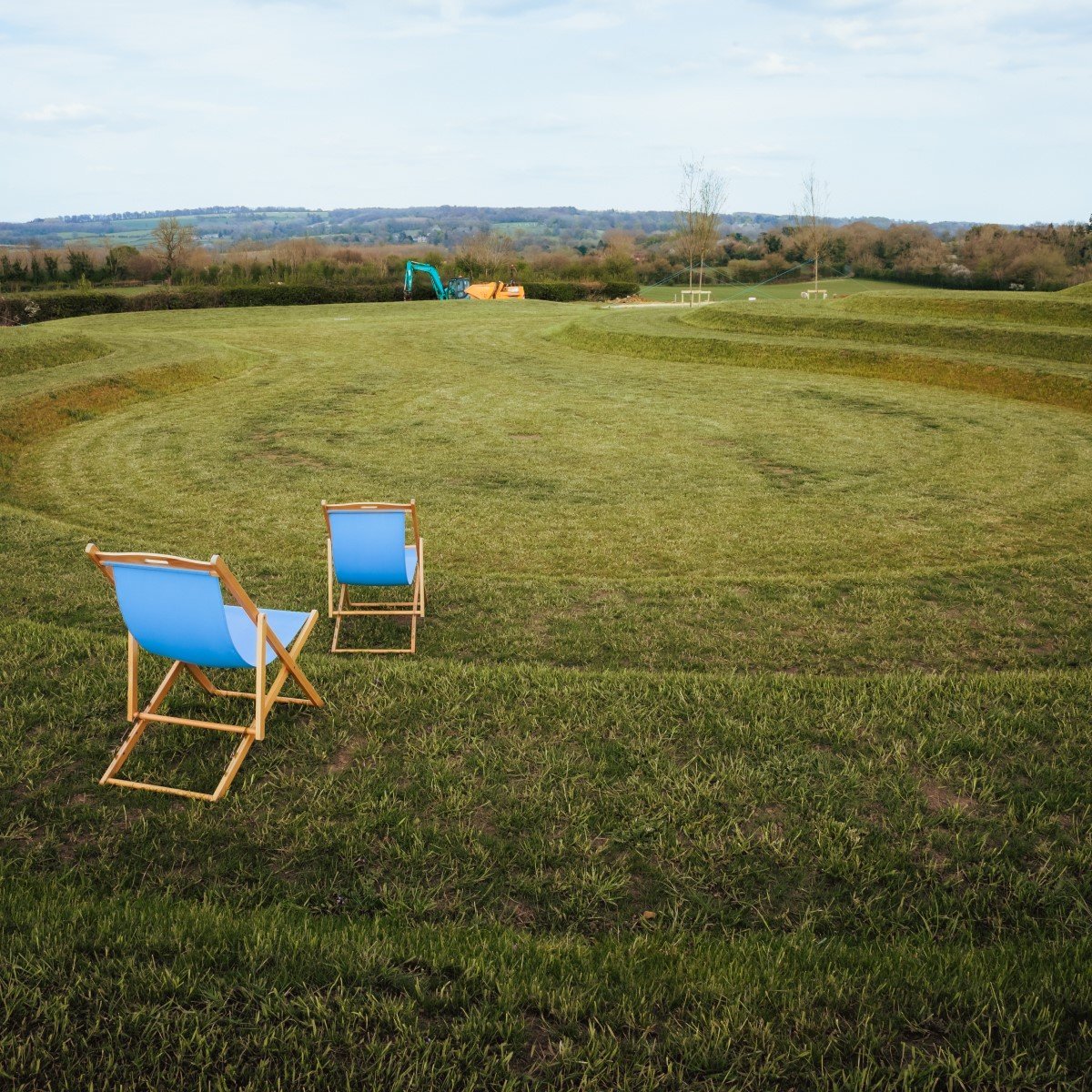 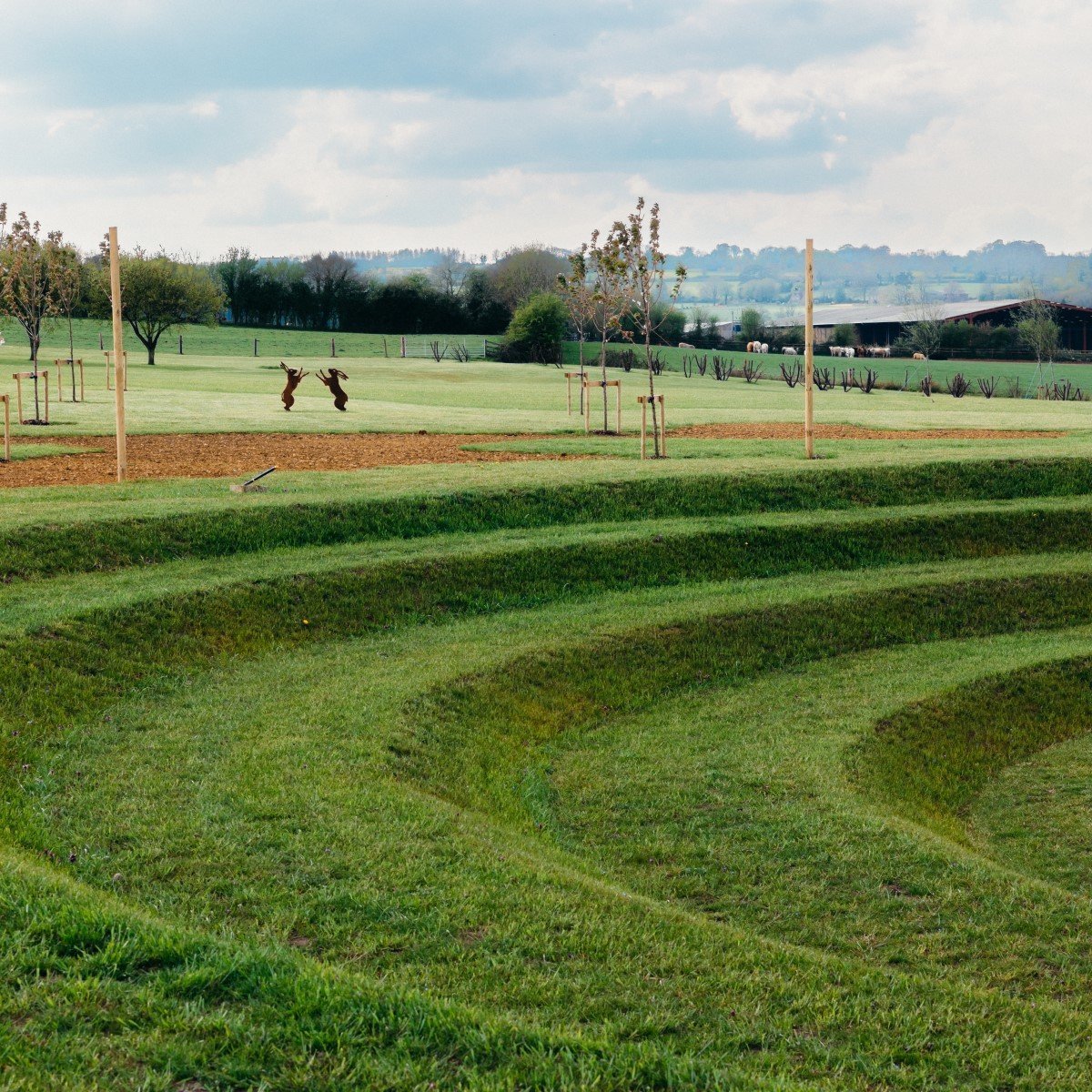 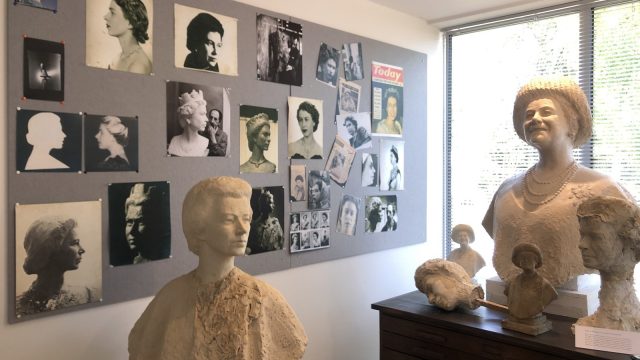 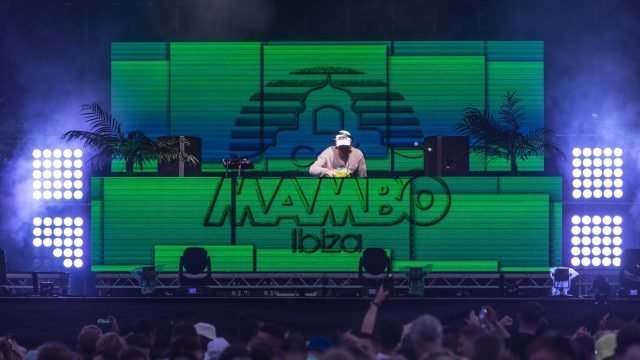