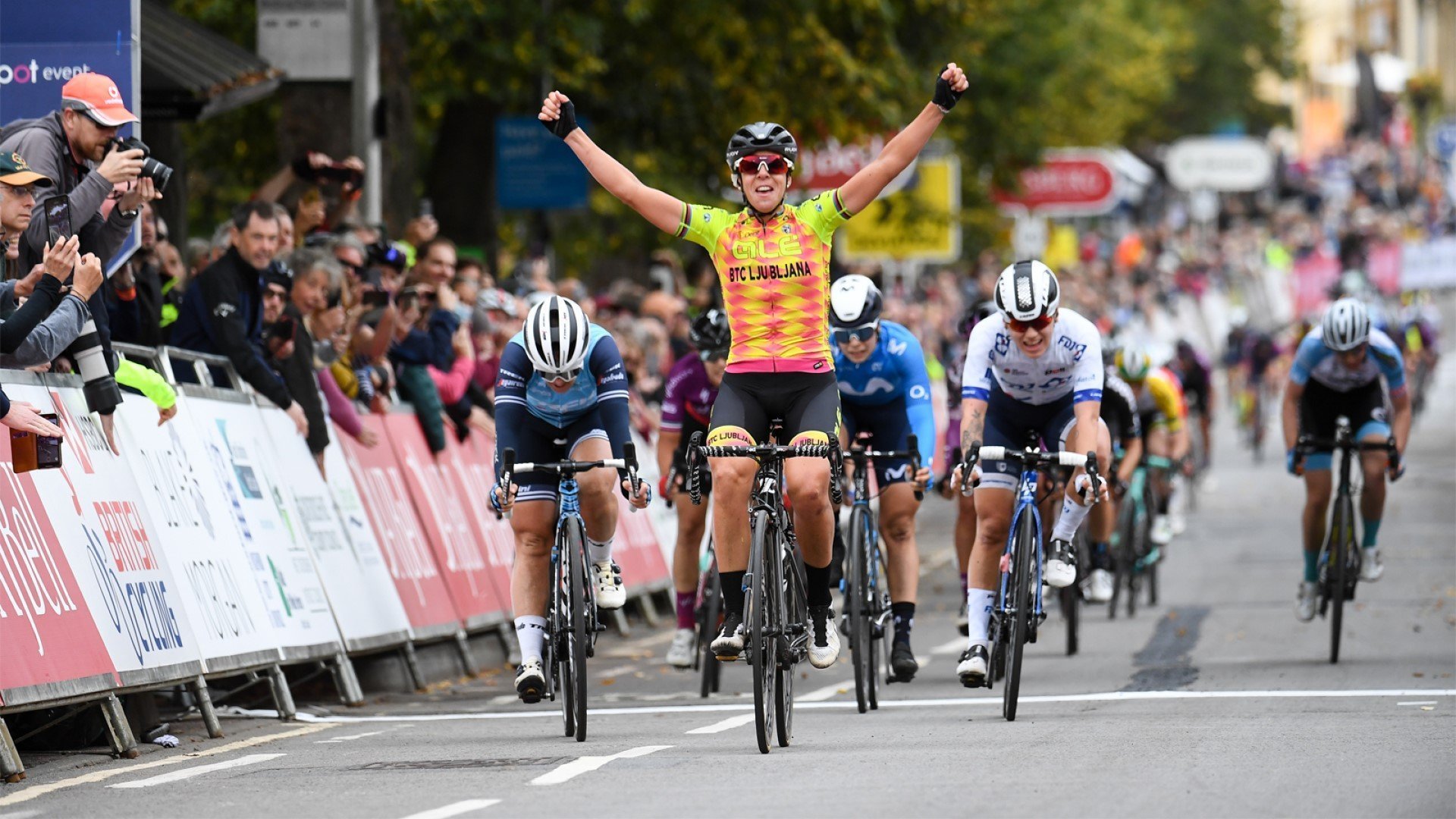 Former world champion Marta Bastianelli has claimed her first-ever stage victory in the first stage of the AJ Bell Women’s Tour in Banbury on Monday following a perfectly-timed sprint.

Bastianelli (Alé BTC Ljubljana) managed to pass Chloe Hosking (Trek-Segafredo) and FDJ Nouvelle – Aquitaine Futuroscope’s Clara Copponi in sight of the line to take the win and the race’s first leader’s jersey of 2021.

In addition to its broader aims of promoting active and healthy lifestyles to women, the event has championed equality in sport, notably offering the same prize fund pro-rata as the men’s Tour of Britain. 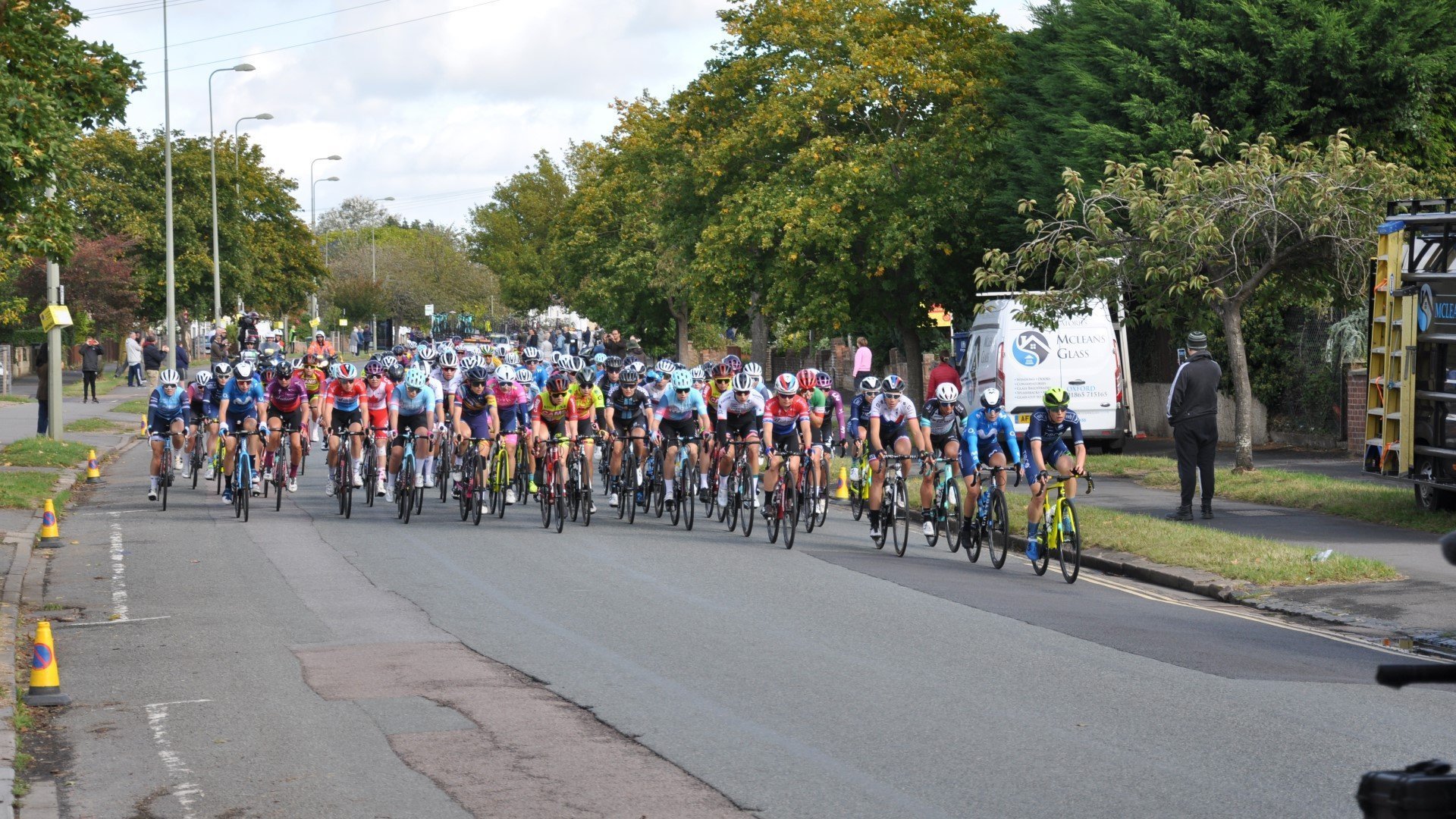 The AJ Bell Women’s Tour peloton of around 100 pro-cyclists in Marston, Oxford

The first stage saw around 100 pro-cyclists – accompanied by support vehicles – race from Bicester, continuing through Oxford and Abingdon, to the finish in Banbury.

From the start line in Bicester, the race completed a short northern loop, passing secondary school students at The Cooper School, before heading south past Graven Hill to Islip and Oxford.

The peloton then swept down to The Plain then onto south Oxfordshire via Blackbird Leys. The stage will reach its southernmost point passing the Culham Science Centre before heading north through Abingdon, Eynsham, and Woodstock.

The riders passed through north Cherwell, taking in Hook Norton, Sibford Ferris and Broughton, arriving in Banbury for the first time. They then headed back out through Bloxham completing a short loop of parishes before returning to Banbury, where they passed the Cross and the Fine Lady statue on their way to a sprint to the line on South Bar Street. 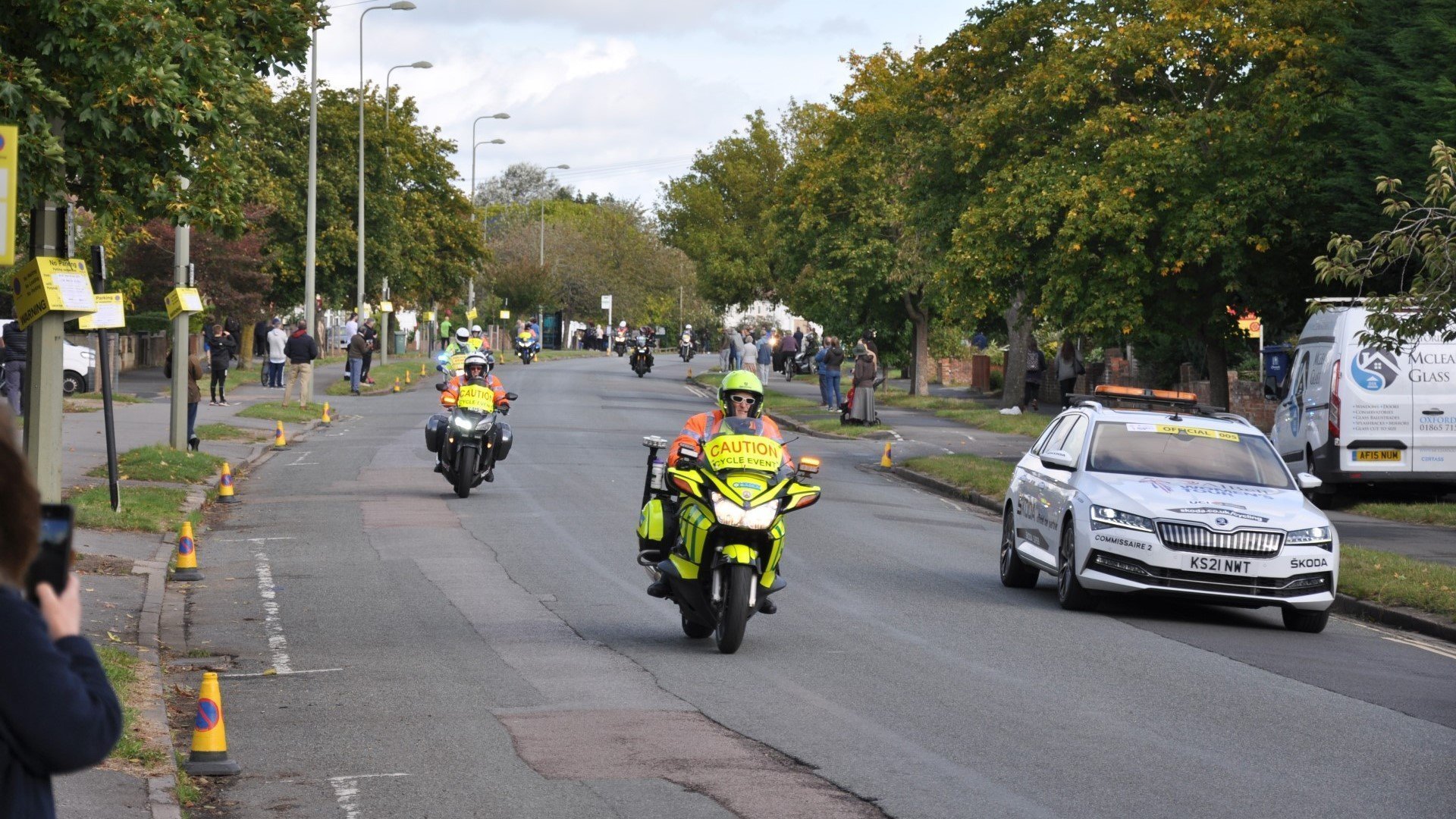 Disruption was kept to a minimum with rolling road closures from approximately 11.00am at the race start area in Bicester, controlled by police and route marshals, which then continued along the route.

The next stage is a 102.2km race tomorrow, starting at the Walsall Arboretum, the area’s famous Victorian park and culminating with a finish on Lichfield Street in the heart of the town and in the shadows of Walsall Town Hall. 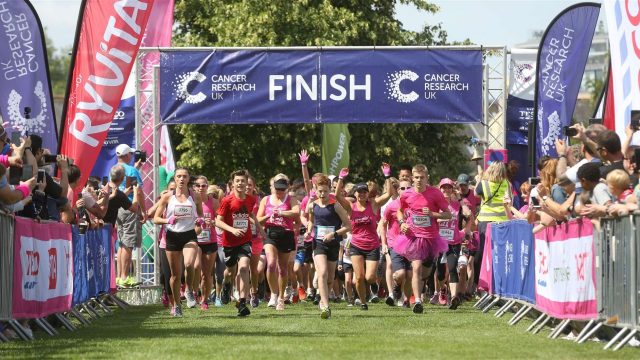 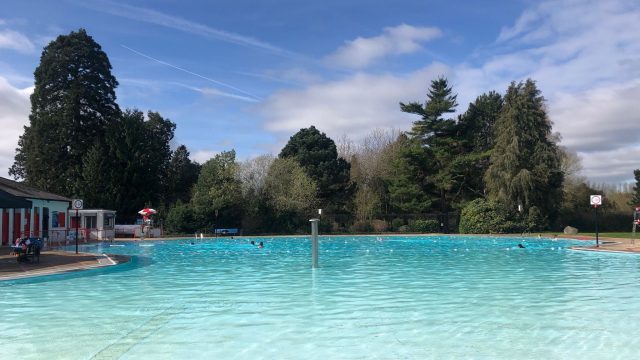 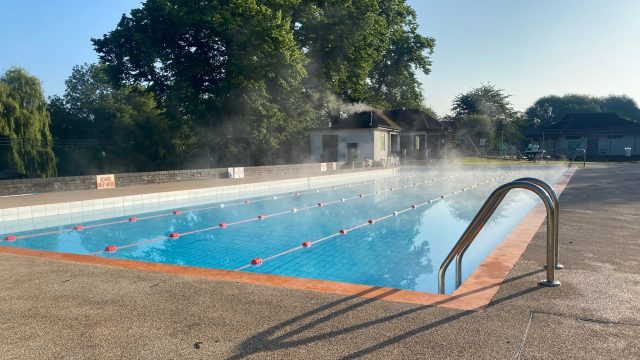 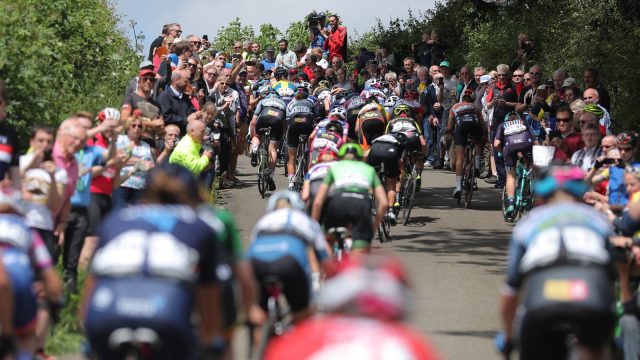