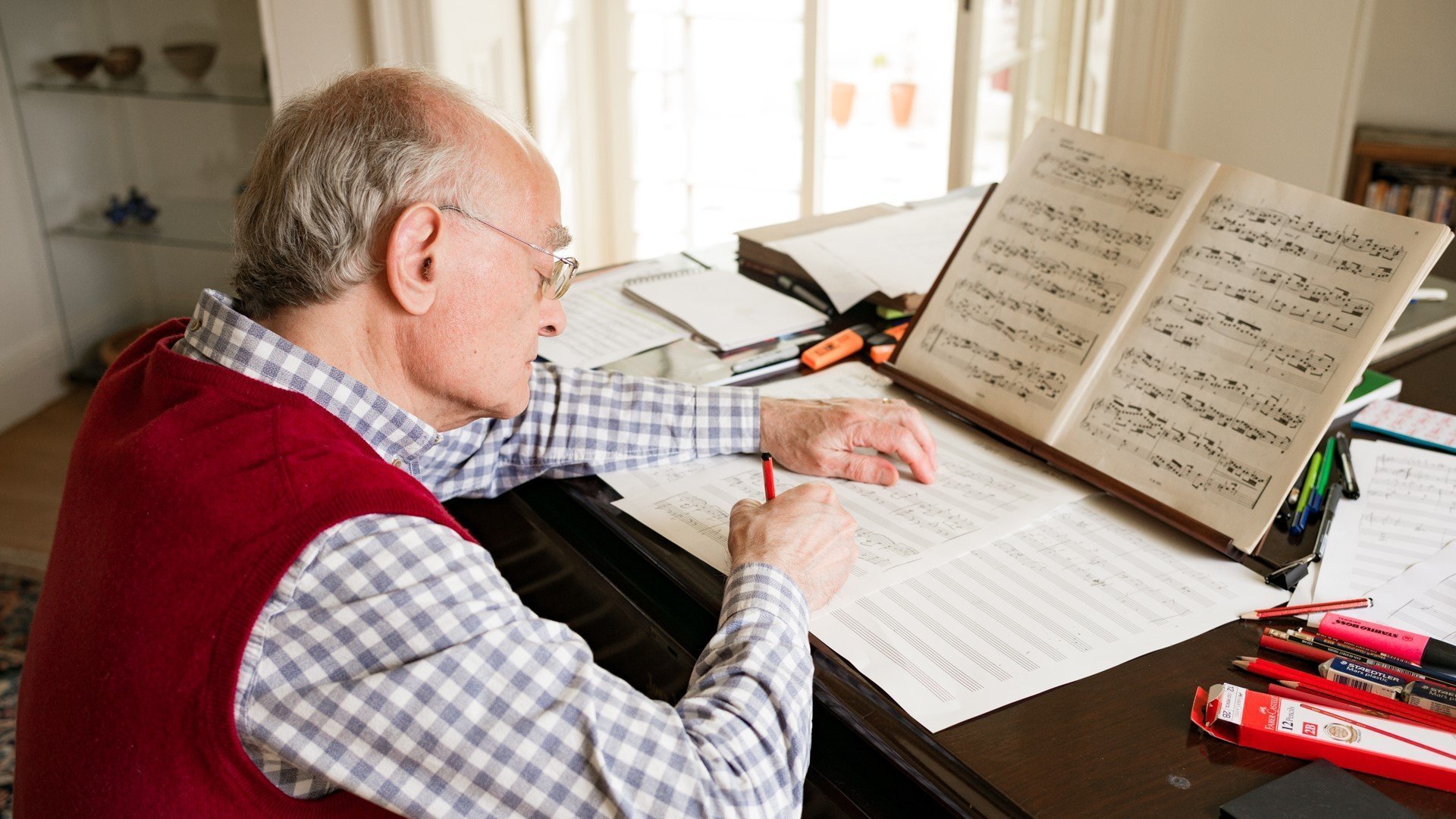 John Rutter CBE, an internationally acclaimed composer, has written a new Christmas carol in recognition of 25 years of fundraising by volunteers for Macmillan Cancer Support in Oxfordshire.

The name of the new Christmas Carol by John Rutter will be revealed at this year’s special 25th Anniversary evening of festive carols, seasonal choral music and literary readings, aptly named Follow the Stars – Macmillan Carols.

The carol will be performed by the Oxford Bach Soloists, conducted by artistic director Tom Hammond-Davies, and supported by Christ Church cathedral organist Stephen Grahl – all in the sublimely beautiful setting of Oxford’s Christ Church Cathedral.

There will be Christmas carols and choral music, for which Oxford and Christ Church Cathedral are world-renowned, peppered with funny and respectful light touches, such as Mary Berry reading of a poem about friendship over a plum cake.

And, of course, perennial favourites such as, Once in Royal David’s City, this year will be sung by a Cathedral chorister. The finale will be a rousing arrangement of Joy to the World by John Rutter.

Sandra Devaney, Chair of the group of volunteers who have produced this year’s concert, said: “We’ve featured a John Rutter piece in nearly every one of our concerts and last Christmas included the nations favourite: The Shepherd’s Pipe Carol, in our much-watched lockdown film.”

“John’s pieces are eternally popular with our audience, so we approached him and were bowled over when he offered to write an entirely new carol to mark the occasion of our 25th Anniversary.”

Follow the Stars’ 25th Anniversary concert will be live in Christ Church Cathedral on Friday 10 December. Seats are limited and are being offered in bubbles to ensure guests are comfortably spaced.

For people unable to get a ticket, the event will be live-streamed from their JustGiving Page and for the first time this year, they will be producing a podcast, so everybody has the opportunity to enjoy the concert and donate to Macmillan Cancer Support via: https://www.justgiving.com/fundraising/follow-the-stars.

The podcast will be available from Saturday 18 December. Anyone can subscribe and listen to it via any of their usual hosts; Spotify, Apple Music, Amazon Music – search Macmillan Carols podcast or go to: https://podfollow.com/follow-the-stars-macmillan-carols-podcast.

25 years of A Celebration of Christmas

The first concert was in 1997, one of several local initiatives to help raise funds for Macmillan organised by a team of Oxfordshire ladies. The idea was to deliver a Christmas concert with a little of something for everyone.

It was a blend of the traditional with carols and choral music, plus new musical interpretations, interspersed with a variety of literary readings performed by well-known faces from film and TV, all performed within the beautiful Christ Church Cathedral famed for its choral traditions.

Freddie Jones was the first reader delivering a memorable Advent 1955 by John Betjeman. Once in Royal David’s City was the opening solo and the rousing O Come All Ye Faithful closed the evening.

This formula was successful from the outset as it delivered a joyous Christmassy evening. It was also successful in generating funds for Macmillan. Subsequent concerts have remained true to this original concept, as have many of the audience, who return year after year.

A Celebration of Christmas quickly became part of Oxford’s Christmas calendar. In 2020, with COVID-19 lockdowns in place, the team produced a film version called Follow the Stars. It raised an astounding £72,000 for Macmillan Cancer Support.

To date, over £500,00 has been raised for Macmillan Cancer Support, and its audience has grown wider and more diverse with the introduction of online streaming.

All the funds raised go immediately to Macmillan Cancer Support and help improve the outcomes and survival rates of cancer sufferers by addressing delayed cancer services and by supporting more people living with cancer.

About John Rutter, the composer

John Rutter CBE was born in London and studied music at Clare College, Cambridge. He first came to notice as a composer during his student years; much of his early work consisted of church music and other choral pieces, including Christmas carols.

From 1975 to 1979, he was Director of Music at his alma mater, Clare College, and directed the college chapel choir in various recordings and broadcasts. Since 1979 he has divided his time between composition and conducting.

Today his compositions, including concert-length works as Requiem, Magnificat, Mass of the Children, The Gift of Life, and Visions, are performed worldwide. His music has featured in several British royal occasions, including the two most recent royal weddings. He edits the Oxford Choral Classics series and, with Sir David Willcocks, co-edited four volumes of Carols for Choirs.

In 1981 he formed his own choir – The Cambridge Singers – with whom he has made numerous recordings, and he appears regularly in several countries as a guest conductor and choral ambassador. He holds a Lambeth Doctorate in Music, and in 2007 was awarded a CBE for “services to music”.