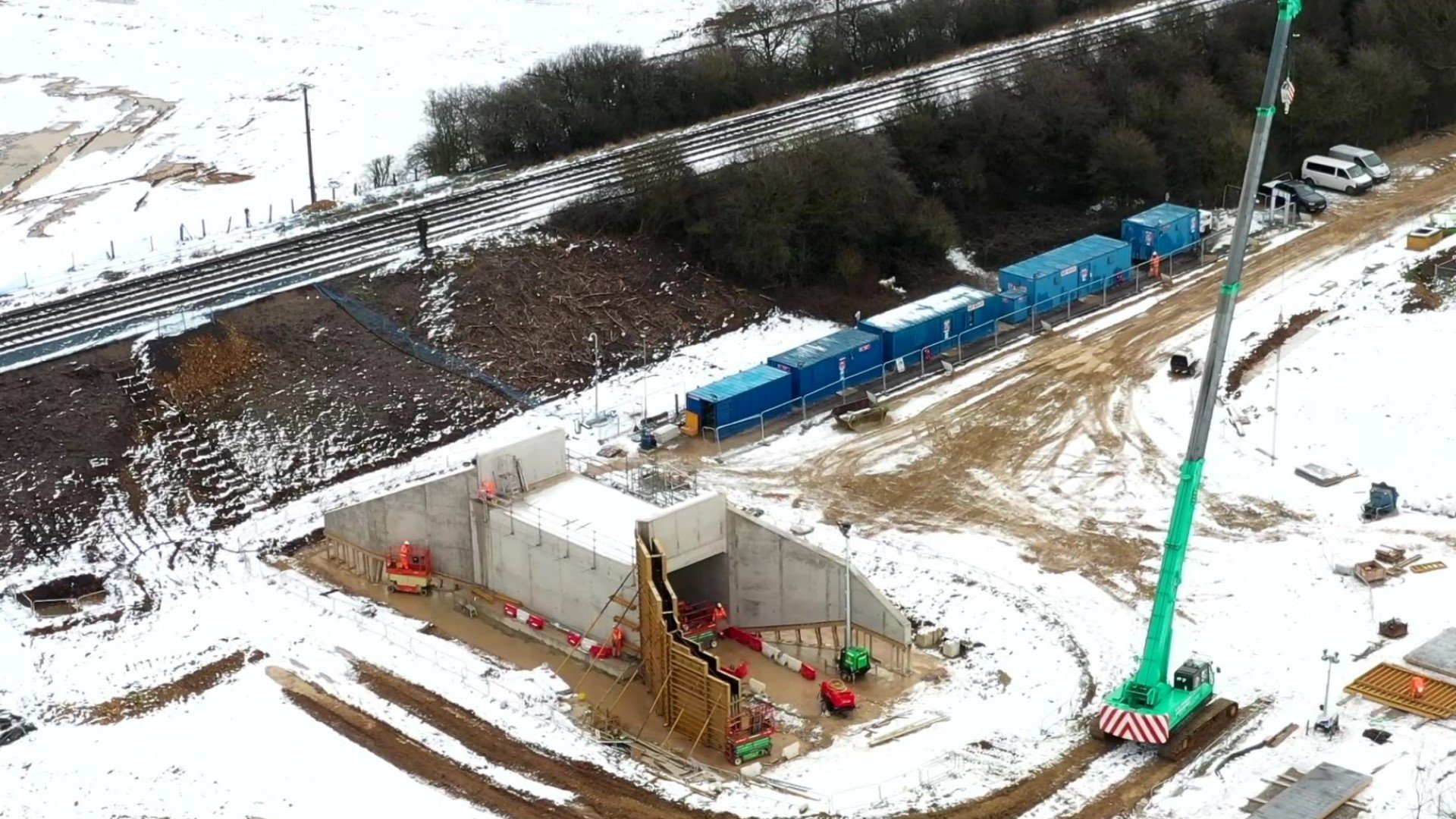 In a project led by Oxfordshire County Council working in partnership with Cherwell District Council, the first phase of the proposed A4095 realignment is currently under construction and will be completed this summer.

The work is part of the first phase of the A4095 road realignment project, which will see two structures built to enable access both over and under the railway, connecting two sides of new housing areas in north-west Bicester.

The completion of both structures will contribute to reducing traffic through Bicester town centre. It will also improve road safety, support better public transport and encourage new and existing residents to use more sustainable transport with enhanced pedestrian and cycle routes, as crucial elements of Bicester garden town.

The underpass will allow a new bridleway to connect the two sides of the proposed development site allowing for better connectivity for pedestrians, cyclists and equestrians. The scheme will also unlock land to enable housing development and associated community facilities to the north-west of the garden town and support healthy new town principles.

The work is being delivered by Network Rail along with Story Contracting. The new infrastructure has been designed by Stantec and is being funded by Homes England and the Oxfordshire Housing and Growth Deal.

Councillor Yvonne Constance, Oxfordshire County Council’s Cabinet Member for Environment, said: “This scheme will help deliver positive impacts on the lives of local people of a growing community. It will allow people in this area of Bicester to adopt environmentally responsible forms of travel with options and infrastructure to enable cycling and walking. Our goal is to offer infrastructure which combines benefits of active travel with reducing congestion.”

Work on the bridge will go ahead this Easter between 2 April and 5 April over 101 hours to keep rail disruption to the absolute minimum. There will be some movement of goods vehicles around the area of construction to the south of Bucknell Road and west of Howes Lane, but no road closures are expected.

Those travelling by train over the Easter weekend are advised to leave more time to travel and check their journey with their train operator or on the National Rail website.