Over 6,500 visitors to Bicester Heritage’s first scramble of the year 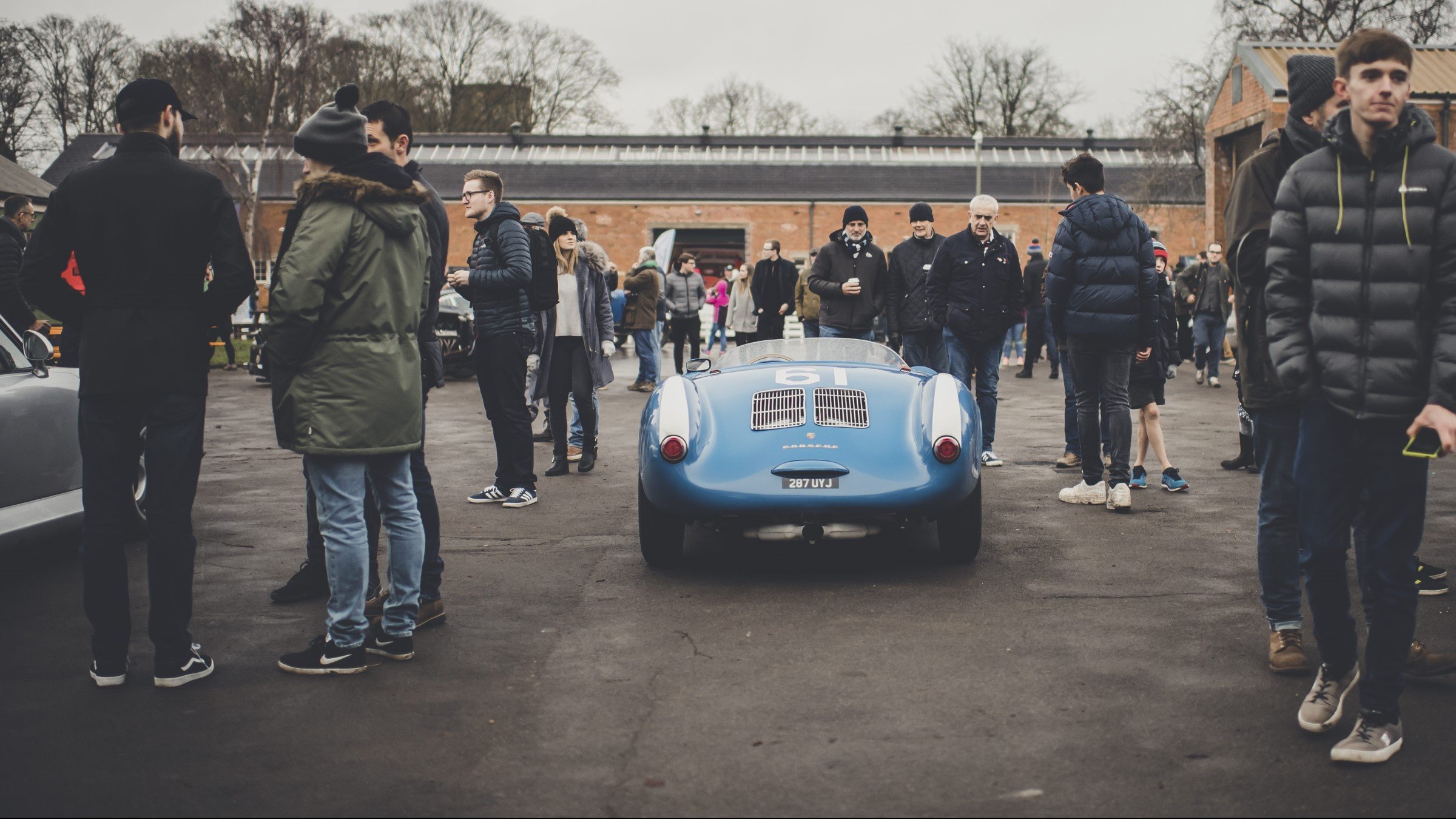 Over 6,500 visitors to Bicester Heritage’s first scramble of the year, braving a cold winter’s morning to see a remarkable diversity of classic vehicles.

Crowds of motoring enthusiasts braved an early start on a winter’s morning to enjoy the first meet of the decade, for a sold-out Scramble at Bicester Heritage. With a remarkable diversity of vehicles attending, ranging from a 1968 Tatra 603 II to a 1984 Peugeot 205 T16, countless cobwebs were blown off timeless classics by over 6,500 visitors to Bicester Heritage’s first scramble of the year.

Following a record-breaking 2019, the new year at Bicester Heritage got off to flying start with guests and owners arriving early to celebrate the UK’s thriving classic car scene. One of the first attractions of the day was a morning talk by Jamie Chadwick, 2019 W Series champion and Williams Grand Prix development driver. Hosted by on-site specialist Sports Purpose, the free-to-attend talk gave attendees insight into the racer’s career to date, and how she is championing the cause of female participation in motorsport.

The day also saw the official launch of the new Bicester Heritage Volunteer Squadron. With a range of positions available, volunteers are invited to work with the dynamic Bicester Motion team, supporting their events, tours and estates team at Bicester Heritage, including research on the airfield’s history and archive management.

Daniel Geoghegan, Chief Executive of Bicester Heritage, said: “Since 2013 Bicester Heritage has welcomed over 40 businesses, all new to Bicester, and the Sunday Scramble was the ideal opportunity to visit the world’s only Centre of Excellence for historic cars, skills and apprenticeships. The relaxed, family atmosphere and inclusivity of the Scramble was a true reflection of the vibrancy and welcoming nature of Bicester Heritage and the classic car world it represents. All in all a flying start to 2020, one hundred years to the decade since the historic Technical Site was constructed as an exemplar RAF station.”

In addition to the countless car owned by enthusiasts, Mission Motorsport revealed three exclusive Morgan cars with distinctive Forces’ teamed liveries. Appearing ahead of the cars’ debut at Autosport International, the three British-built sports cars will take part in the event’s live-action arena at the NEC, Birmingham, later this month.

The Technical Site at Bicester Heritage was reserved for vehicles made before 1990 and welcomed collectables ranging from an eye-catching Porsche 550 Spyder in blue to a wonderful 1935 Austin 7 Pearl Cabriolet, which made the 35-mile journey with the roof down, through the pre-dawn mist. The airfield was open to all vehicles and played host to a wide selection of car club gatherings, from the Cold War Classic Car Owners Club through to the members of the Lotus 7 Owners Club, many of whom had also driven roof down to attend. With the temperature well below double digits for the day and a wintery chill in the air, it was remarkable to see so many enthusiasts embracing the opportunity to use their classic vehicles and kick start 2020 in action-packed style.

Scramble favourites supported the event, with timing partner Bremont once again displaying its range of luxury British timepieces in its Nissen Hut-style showrooms on the Main Drive. Bicester Heritage’s insurance partner, Hagerty UK, also returned with its free valuation service for cars attending. Offering owners an expert opinion on market values, it’s proved immensely popular at previous Scrambles and every appointment was booked out in advance of the day.

Also present on the Main Drive was enthusiast’s and collector’s quarterly car magazine The Road Rat, launched just over a year ago. Promoting its highly successful first four issues, and selling subscriptions and bespoke slipcases, it returned to Bicester Heritage after appearing at last year’s inaugural Super Scramble in June.