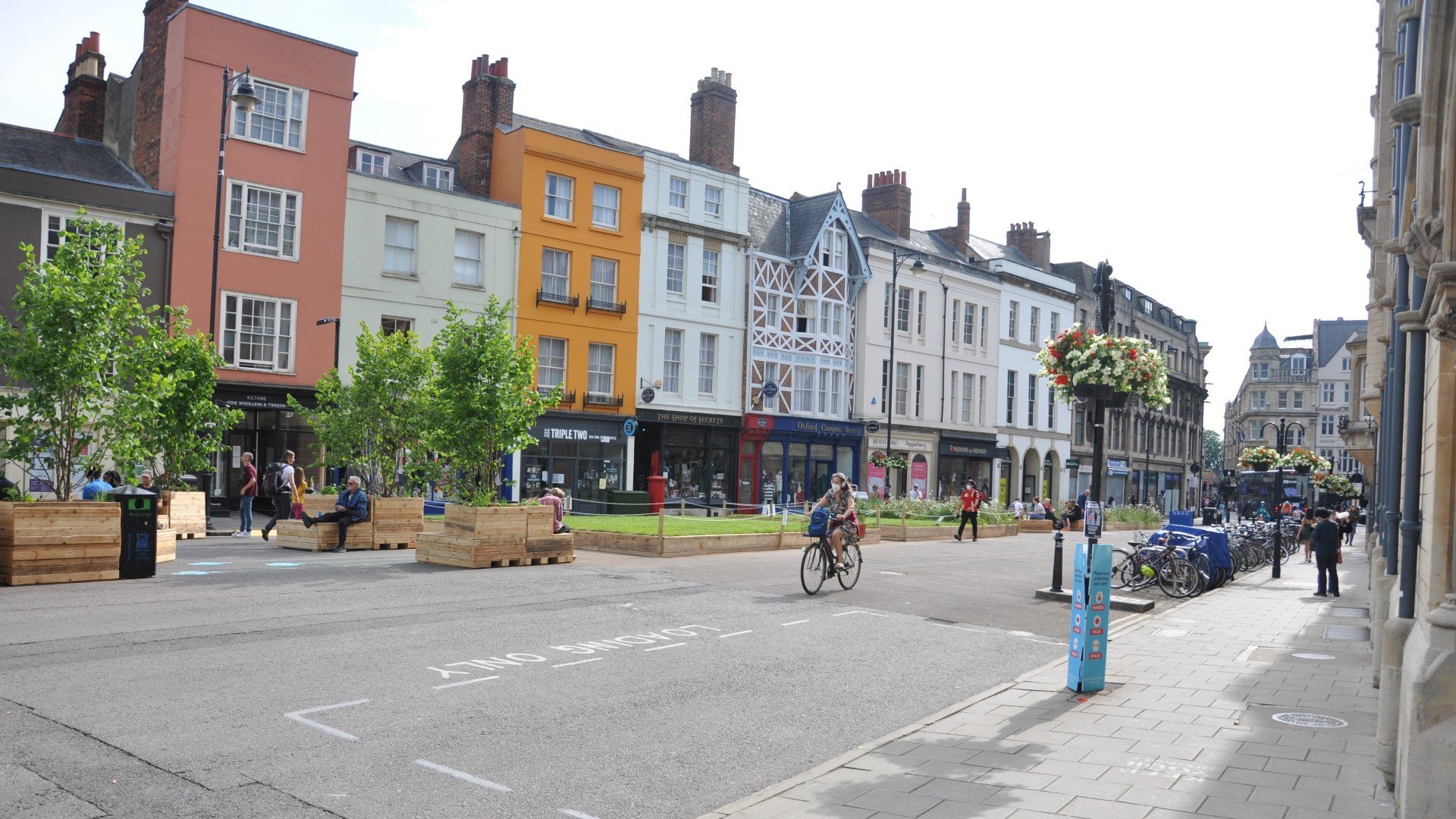 From Monday 16 August, Oxford will no longer be a COVID-19 Enhanced Response Area, but residents are urged to continue to take precautions.

Over the last five weeks, the city has had additional resources to tackle high case numbers. Five walk-in PCR test sites were set up to offer symptom-free testing, as case numbers put Oxford in the top ten COVID-19 hotspots in England.

The comparative figure across the county is 225 per 100,000 population, and across the district councils, as follows:

Residents in Oxford listened to the call for action to bring case rates down. Over 8000 extra PCR tests have been carried out in the city during this time, helping people without symptoms know if they are infected and need to isolate.

Oxford exits the enhanced response amid mixed news on the pandemic in the UK. 75% of adults in the country have now been double-vaccinated, but in Oxfordshire, only 69 per cent of 30 - 39 year olds, and 62 per cent of those aged between 18 and 29, have had that first jab. Across the UK deaths from the virus are starting to rise, according to ONS data.

People are still being urged to take precautions to keep infections down. This includes wearing a face-covering in shops, indoor venues and on public transport, meeting others outside or letting lots of fresh air in and regularly using home test kits to check you haven’t been infected.

From next week, there is also good news for those who are double vaccinated. If they have been in contact with a positive case, they will be advised to take a PCR test but will not need to self-isolate unless they test positive. Children and young people will also follow this guidance from Monday.

Councillor Louise Upton, Cabinet Member for Safer, Healthier Oxford at Oxford City Council, said: “Thanks to everyone who helped bring infection rates in Oxford down by getting tested and being careful. This has been a city-wide effort. I know it is difficult, so I want to say well done to everyone who has made those small sacrifices and changed their behaviour.

“While we still have a lot of people who are not fully vaccinated, we need to keep infections down. We’re no longer in an enhanced response area, but we still want people to be careful and, most importantly, to get vaccinated. If you haven’t yet had your first vaccine, please do book it as soon as possible, and do ask your GP or pharmacist if you have questions about the UK vaccines.”

All adults in Oxford invited to take COVID-19 PCR tests