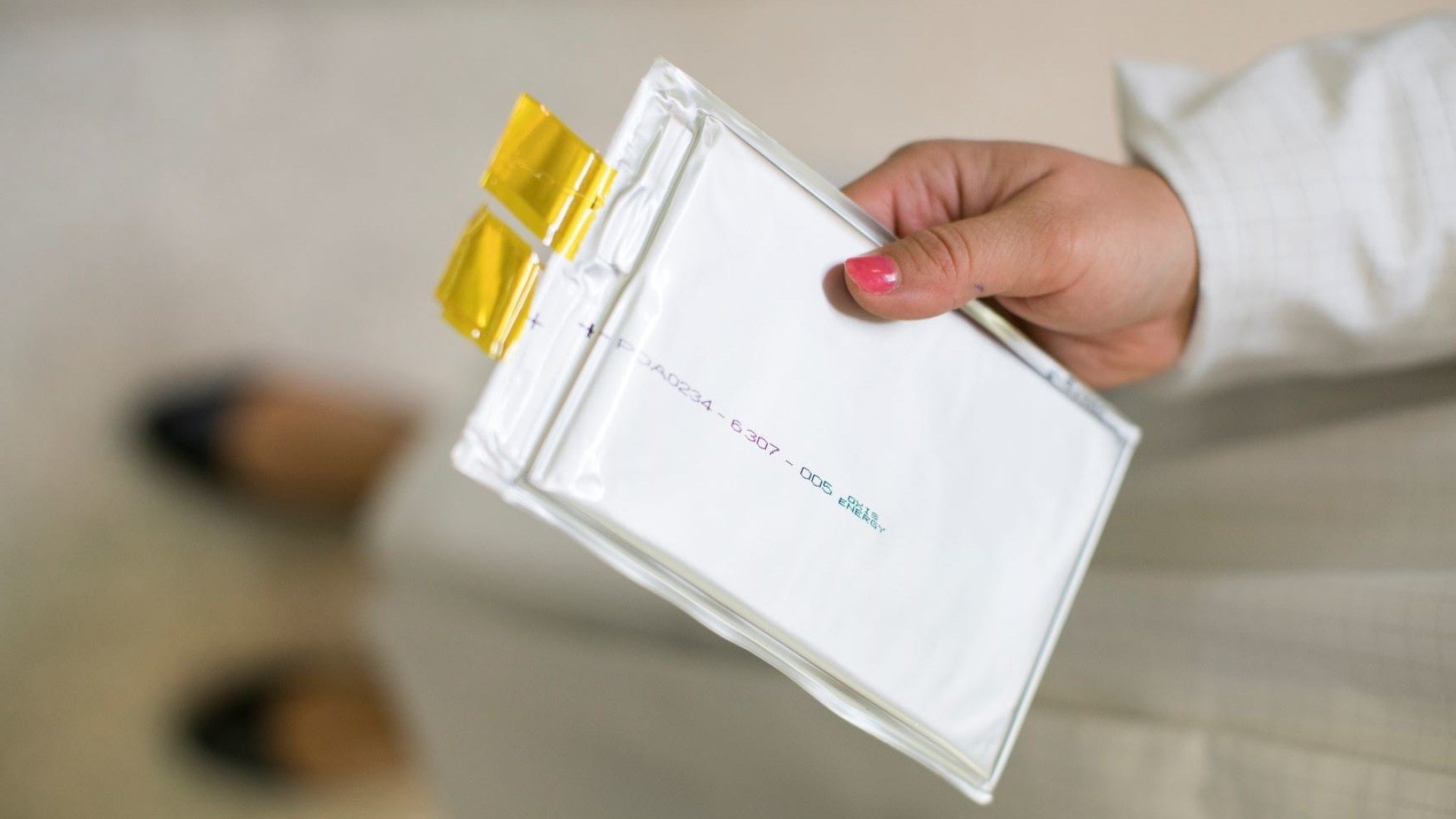 OXIS Energy has been collaborating with European manufacturers on the development of Solid-State Lithium-Sulfur (Li-S) technology for almost 4 years.

OXIS Energy, based at the Culham Science Centre in Abingdon, is set to deploy Solid-State Lithium-Sulfur (Li-S) cell and battery systems to its clients and partners worldwide by Autumn 2021 for use in trials, proof of concept and demonstrator battery systems for the Aviation, Marine, Defence and Heavy electric Vehicles (HEV) sectors.

OXIS has been collaborating with European manufacturers on the development of Solid-State Li-S technology for almost 4 years. As a result of a technological breakthrough three years ago, OXIS has filed 9 new families of patents to protect both Quasi and Solid-State Intellectual Property Rights.

With an identical manufacturing process to conventional Li-S and Li-ion, the delivery of the Quasi Solid-State batteries is achievable by late Autumn 2021.

The first generation Quasi Solid-State Li-S cell at 450Wh/kg Specific energy with an Energy density of 550 Wh/L will be delivered by the Summer of 2022. A target of 550Wh/kg, 700Wh/L has already been set for the Autumn of 2023.

The above key performance indicators have been agreed commercially between OXIS and Sanyo Trading company Ltd of Japan to meet customer requirements for the Japanese market. The cell capacity will range between 10-20 Ah.

Independently of the above, OXIS has set forecast targets of 600Wh/kg and 900Wh/L to be achieved by 2026.

Huw Hampson Jones, the CEO of OXIS Energy, said, “With immediate effect, existing clients have been informed that all new programmes will use OXIS Solid-State Li-S cell technology. Based on our US client base, we know that aircraft manufacturers welcome the move from conventional to Solid-State Li-S. OXIS Li-S cell technology is inherently safer than Li-ion, as sulfur acts as passivation of the lithium metal.

“OXIS has perfected mechanisms whereby greater levels of safety and longevity are achieved as we move towards roll-out of Quasi Solid-State Li-S in 2021/2022. In 2020, OXIS successfully powered an all-electric US aircraft, meeting client and Federal Aviation Authority requirements.”

The attraction of OXIS cells for vehicle markets is that, on average, the battery systems are up to 60% lighter than conventional Li-ion battery systems.

OXIS will commercialize the mass production of the chemical composition of its Quasi and Solid-State cell at its Welsh Plant in Port Talbot, UK. The cells will be mass-produced at its cell manufacturing plant in Juiz de Fora, in the state of Minas Gerais, Brazil.

NORDIKA Pharmaceutical of Sao Paulo has already commenced the design work at the factory, with completion expected in the autumn and commissioning in 2023.

Unlike Li-ion, the cells chemistry manufactured by OXIS Energy does not contain cobalt, manganese, nickel or copper, all of which present serious supply chain and environmental concerns.

OXIS Energy is involved in the design, development, and now the move towards commercial production of Solid-State Lithium-Sulfur cells for battery systems. OXIS manufactures and produces all aspects and components in the making of the cell. With over 43 patent families, OXIS has been granted 204 patents for its Lithium-Sulfur cell technology. There are 101 patents pending.