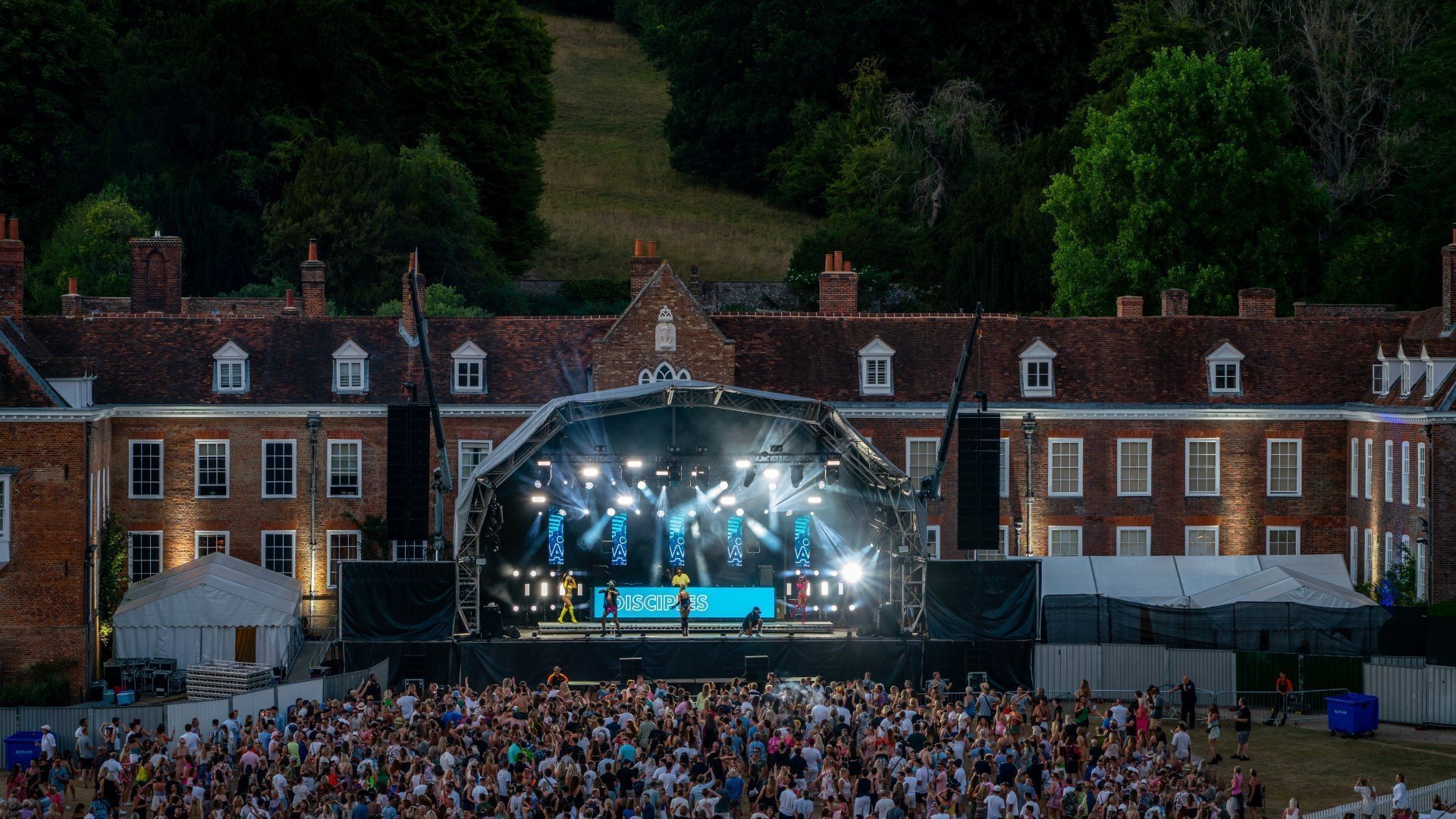 Thousands of music fans descended on Henley-on-Thames in Oxfordshire at the weekend to enjoy three fantastic summer concerts at Stonor Park, staged by the Bedford-based promoter LPH Concerts & Events.

People from all over the county and surrounding areas came out as the sun shone down on Stonor park to enjoy a weekend of world-class live music from huge artists. Crossing multiple genres, there was something for everyone, all set against the stunning backdrop of one of Britain’s most impressive historic homes.

Friday night saw the iconic Ibiza brand Café Mambo land at Stonor Park, bringing some Balearic sunshine and a slice of Ibiza’s atmosphere. Thousands danced as the sun went down, and DJs including Erik Hagleton, Coco Cole (KISS FM), Disciples, Riton and BBC Radio 1 superstar Danny Howard got the crowd jumping as they dropped the biggest tunes. A spectacular laser show, the Mambo dancers and a special fire-dancing show ensured the audience went home on a high.

Texas took to the Stonor Park stage on Saturday and showed why they have sold over 40 million albums. The ever-popular band, fronted by Sharleen Spiteri, had the crowd on its feet as they delivered hit after hit, including ‘I Don’t Want A Lover’, ‘Say What You Want’ and ‘Black Eyed Boy’. Sharleen Spiteri had previously said she couldn’t wait to get on stage at Stonor Park and her energy was infectious.

Rumer performed before Texas and provided the perfect soundtrack for the long summer afternoon, playing songs from her 5 UK top 30 albums. The BRIT Award nominee drew in the crowd with a voice that has been compared to the likes of Carole King and the late Karen Carpenter. Londoner Tom Speight stepped up to the mic to open the show and delivered a lively performance showing why he’s toured with Ed Sheeran, Snow Patrol, Stereophonics and Travis, to name a few.

Sunday saw the return of Stonor Park Proms after a 14-year hiatus, and it proved to be well worth the wait. This wonderful British tradition saw chart-topping opera star Wynne Evans and West End/Broadway star Marisha Wallace wow the flag-waving crowd with their vocal performances.

The duo covered popular classics from musicals and opera, and of course, the Proms favourites such as ‘Jerusalem’ and ‘Rule Britannia’, accompanied by the incredible London Gala Orchestra. Spectacular laser displays lit up the sky over Stonor Park, and one of the biggest cheers of the night came for the flyover from a genuine WWII Supermarine Spitfire as it pitched and rolled above the crowd. The Stonor Park Proms certainly lived up to its billing as an unmissable highlight in the summer calendar.

Of the summer concerts at Stonor Park, a spokesperson for LPH Concerts & Events said, “What a shame that weekend had to end. We had three very different crowds for each night, and each was fantastic. The weather was just perfect, and the showcase of musical talent we were able to bring to Stonor Park was quite incredible.

“As a promoter, nothing beats seeing all our guests go home with big smiles on their faces. A huge thanks goes out to the whole team who made it happen, to the Stonor family for allowing us to stage these great musical events, and of course, to everyone who bought a ticket and made this such a memorable weekend. Roll on next year.”

The LPH.live events continue throughout the summer. The next stop is at Castle Howard in Yorkshire from Friday 19 August to Sunday 21 August, where three huge shows offer something for everyone, from Café Mambo Ibiza ‘Classics At The Castle’, Castle Howard Proms and ABBA Symphonic.