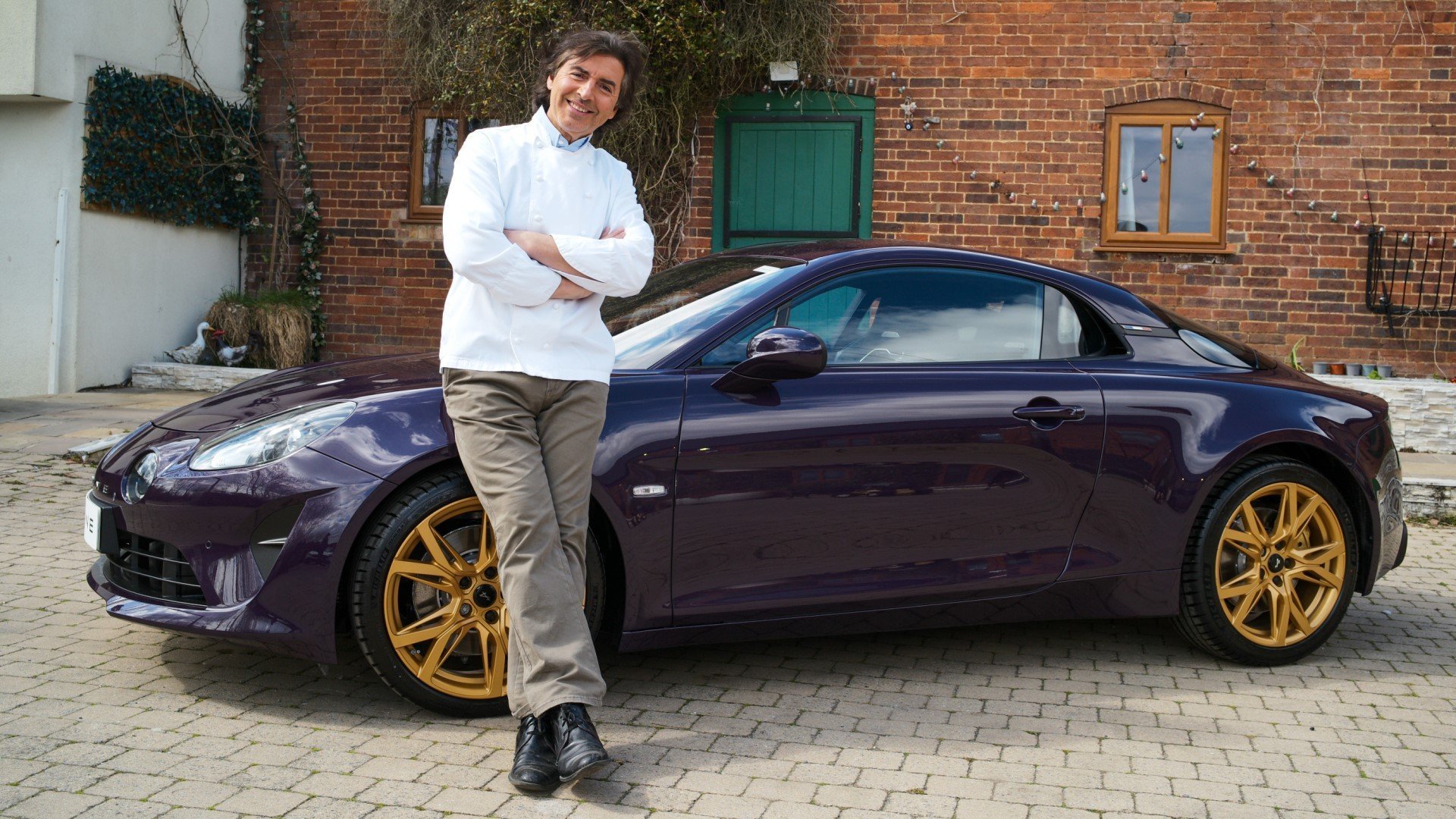 Chef Jean Christophe Novelli, shown with the new Alpine 110, has put together a special menu for the Auto Royale 2021 Concours d’Elegance.

Jean Christophe Novelli, the “5 out of 5” AA Rosette and multi Michelin Star award-winning chef, has prepared a special menu for VIP guests at the Auto Royale 2021 Concours d’Elegance taking place at Waddesdon Manor, and built by Baron Ferdinand de Rothschild to display his collection of art.

The three-course French menu will be cooked by leading event caterers Relish, under the watchful eye of Jean Christophe, who has been dubbed “The Nation’s Favourite French Chef”.

The event that takes place between 16 to 18 July will no doubt bring back memories of his first job in France aged 19 when he became the private Head Chef to Elie de Rothschild and his son Nathaniel. In fact, Jean Christophe became Head Chef with the Rothschild family due to a car crash.

Jean Christophe said, “I had been appointed to work with the Head Chef who was a real car fanatic and thought that he was a rally driver, even when we went to buy ingredients for the kitchen. Very often, we were on two wheels going round a corner, and I was forever asking him to slow down. One morning I did not go with him, he crashed the car and was injured, and I was asked to be Head Chef.”

He added, “It is a great privilege to be asked to provide a menu at such a prestigious event being staged at Waddesdon, a former Rothschild home and one that was modelled on the style of the French Renaissance Châteaux of the Loire valley. It will bring back memories of my time with the family.”

Jean Christophe said: “Auto Royale is a very special event that is attracting interest from the UK and around the world. It is important that those attending get the right experience, not just from seeing the amazing cars that will be on show, but participating and enjoying the dining that will be on offer over the three-day event.”

Jean Christophe will be at the event to ensure that all goes well and to meet the participants. He added, “Relish are a great company to work with, and I am looking forward to seeing the fantastic cars and meeting their owners.”

Event organiser, Paul Mathers, said, “We are delighted that Jean Christophe has put together a special menu and will be attending the event. It is another great element that will make this event very special.

“It was great to meet with him and discuss the Menu, and with a new French car, the Alpine 110, which reflects the spirit of the legendary Berlinette that won the Monte Carlo Rally in 1971 and the first World Rally Championship in 1973.”

Jean Christophe is currently working on the full re-opening of his Novelli restaurant at City Quays in Belfast. The stylish Mediterranean and French-influenced brasserie is situated in the AC Marriot in the City.