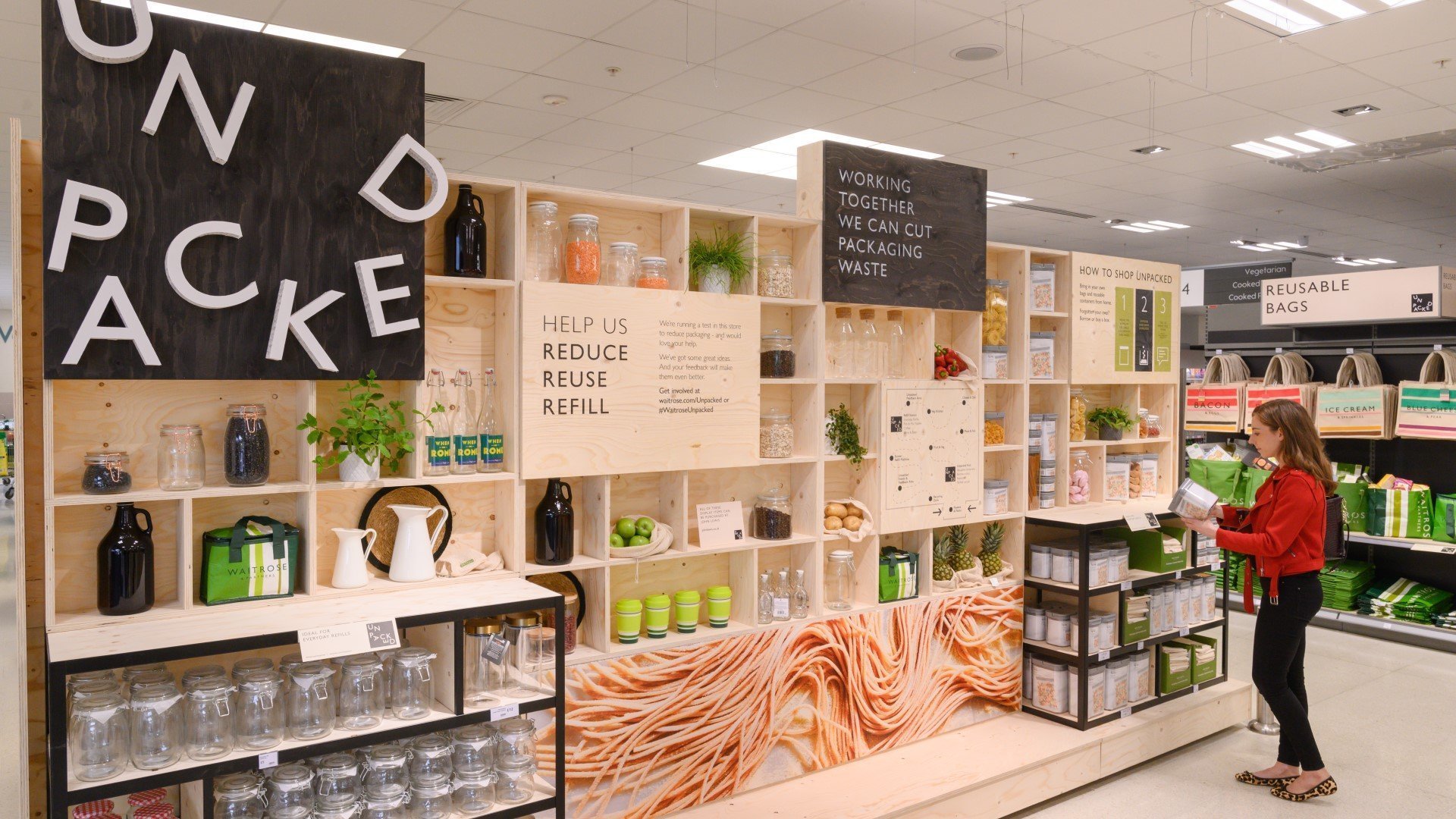 Waitrose Unpacked scheme expands to include loose tea and other products.

Waitrose has taken more food items out of its packaging, including loose tea for the first time after demand at its Unpacked scheme grew significantly over the past six months.

The grocery chain said sales of refillable products at its four Unpacked shops have grown by nearly nine per cent in the past six months, with a number of products proving particularly popular with shoppers.

Sales of refillable frozen fruit and vegetables for the same period have increased by more than 50 per cent, detergent and washing-up liquid sales have grown by 24 per cent and pulses, pasta and grains have risen by almost eight per cent.

The retailer said the Waitrose Unpacked concept has helped save hundreds of tonnes of unnecessary plastic and packaging since it was launched in summer 2019.

In January, Waitrose became the first national supermarket to integrate unpacked items into its regular aisles within its shop in Wallingford, Oxfordshire, rather than having a single unpacked area.

The test aims to understand whether customers would be more likely to shop “unpacked” by incorporating it into their normal routine shopping trips, rather than visiting a separate part of the shop.

The move has helped sales of refillable products at the shop increase by more than 20 per cent in the 10 weeks of the test to date.

The grocer today confirmed that 13 new products will be taken out of their packaging for the refillable concept, building on those it added at the end of 2020 and with more to be added later this year.

Later this month, frozen peas and frozen sweetcorn will sit alongside the selection of frozen fruit and vegetables already on offer.

Waitrose sustainability director Marija Rompani said, “We are really beginning to find some momentum with customers demonstrating that this is how they might be prepared to shop with us in the future

“And we are especially encouraged by the response to moving the concept in-aisle to make it more of the norm when visiting us.”

“We know there is much more work to do, but the reaction of customers right now is giving us the confidence to continue moving forward with Unpacked.”

Waitrose Unpacked first launched in Waitrose Botley Road shop in Oxford in summer 2019 and was originally intended to be an 11-week test. However, following its success it has continued there and was added to a further three shops; Wallingford, Abingdon and Cheltenham.

The selection of refillable products available to customers, includes frozen fruit and vegetables, store cupboard essentials such as rice, pasta and grains, cereals, dried fruit, snacking and coffee, as well as washing-up liquid and detergent.