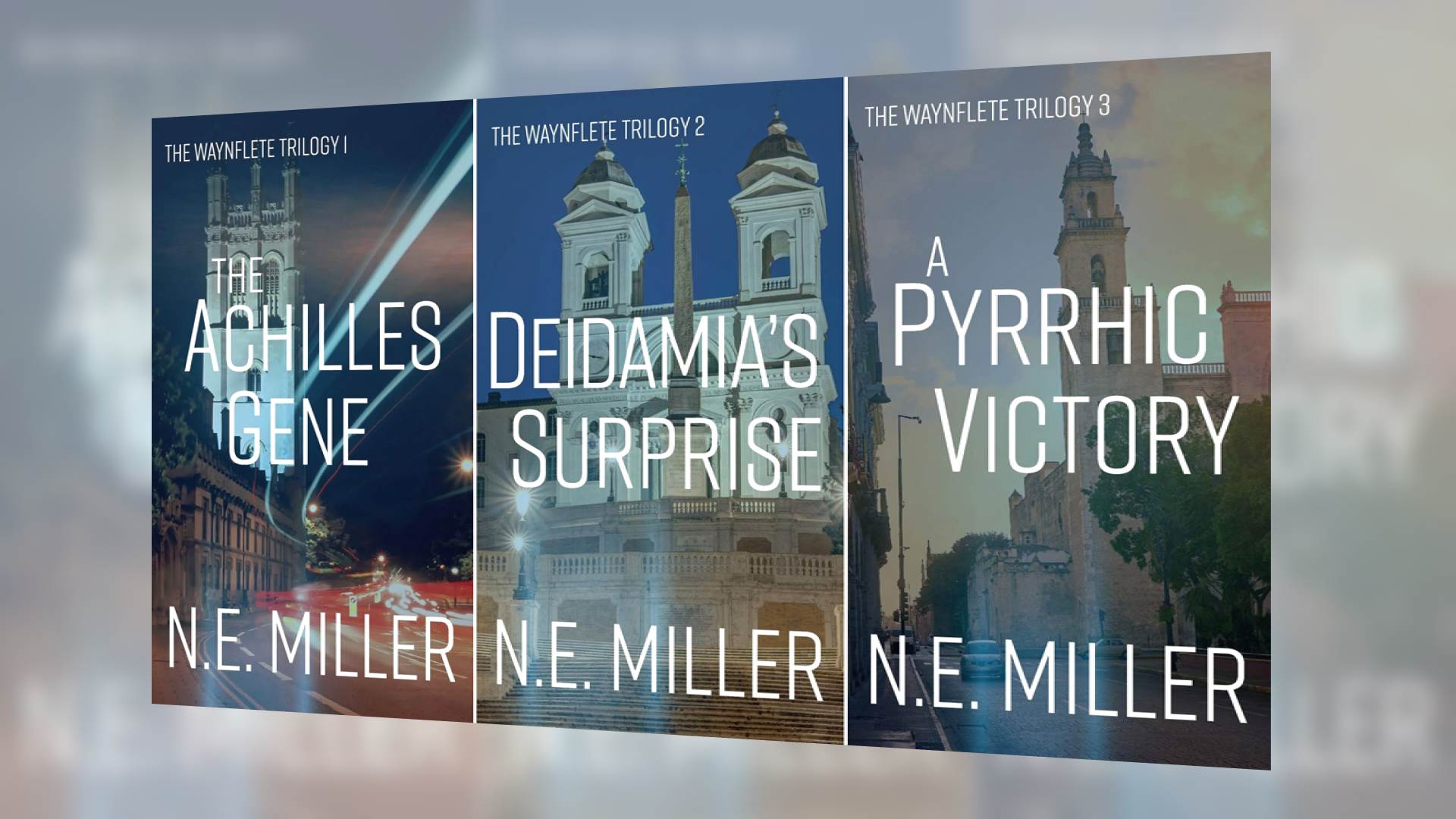 World-renowned scientist N. E. Miller has published The Waynflete Trilogy – a thriller series that lifts the veil on the secretive world of academic medical research, where rivalries flare in the pursuit of prestige and power.

Written by the acclaimed scientist N. E. Miller – renowned for discovering ‘good’ cholesterol and for writing an article on the subject which would become the most cited in The Lancet’s 200-year history – it’s an enlightening and painstakingly well-crafted insight into the business of scientific research.

Miller possesses a passion for engaging non-scientists with the scientific world to which he has devoted his life, and through this series, he hopes to inspire a closer understanding and appreciation of how potentially revolutionary the impact of scientific endeavour can be on our everyday lives.

The Waynflete Trilogy thriller series comprises The Achilles Gene, Deidamia’s Surprise and A Pyrrhic Victory. And thanks to the coronavirus pandemic, the mysteries of science feel closer to home, and this marvellous, fast-paced series is set to beguile fans of smart commercial fiction.

Giles is suspicious about the claims of a colleague poised to win the Nobel Prize for the discovery of a DNA switch that’s set to transform cancer treatment. This is only the beginning of a globetrotting adventure, fraught with danger and intrigue, the outcome of which exceeds their wildest expectations.

Giles pushes the boundaries of his own ethical norms to achieve his professional goals, which often rely upon Fiona’s sharp intellect and powers of perception to make the difference.

Together they are a formidable team, talented and charismatic, united in their fierce intelligence and mutual respect, while facing a world fuelled by cut-throat competition, each and every discovery heralded a game-changer.

The stakes are critically and often politically high, whether Giles and Fiona are chasing down the Achilles Gene in Cape Town, investigating the death of a colleague in Italy, or fighting a lethal new insect-borne disease in the Pacific.

Norman Miller was born in Liverpool and was a schoolmate of John Lennon’s at Quarry Bank Grammar School. Having studied medicine at Manchester University, he embarked on a research career, starting with a PhD at the Australian National University in Canberra, before moving to Edinburgh, where he famously discovered, along with his doctor brother, the link between HDL cholesterol and protection against heart disease.

His work has taken him around the world and to its finest universities in the USA, Australia, Norway and the UK. At Oxford, he served as a Visiting Fellow and Waynflete Lecturer in Magdalen College. He has published over 250 scientific papers and has contributed to two award-winning documentaries. After leaving Oxford, Miller advised the Dutch company Uniqure BV during the development of the first gene therapy to be approved in Europe.

The Waynflete Trilogy by Norman Miller (published by Clink Street, 08 April 2021, in paperback and ebook) is available for pre-order now.

Affiliate disclosure: We may earn a commission if you click through and purchase these products. The commission we earn helps towards the cost of running this website. Please visit our affiliate marketing disclosure page for more information.