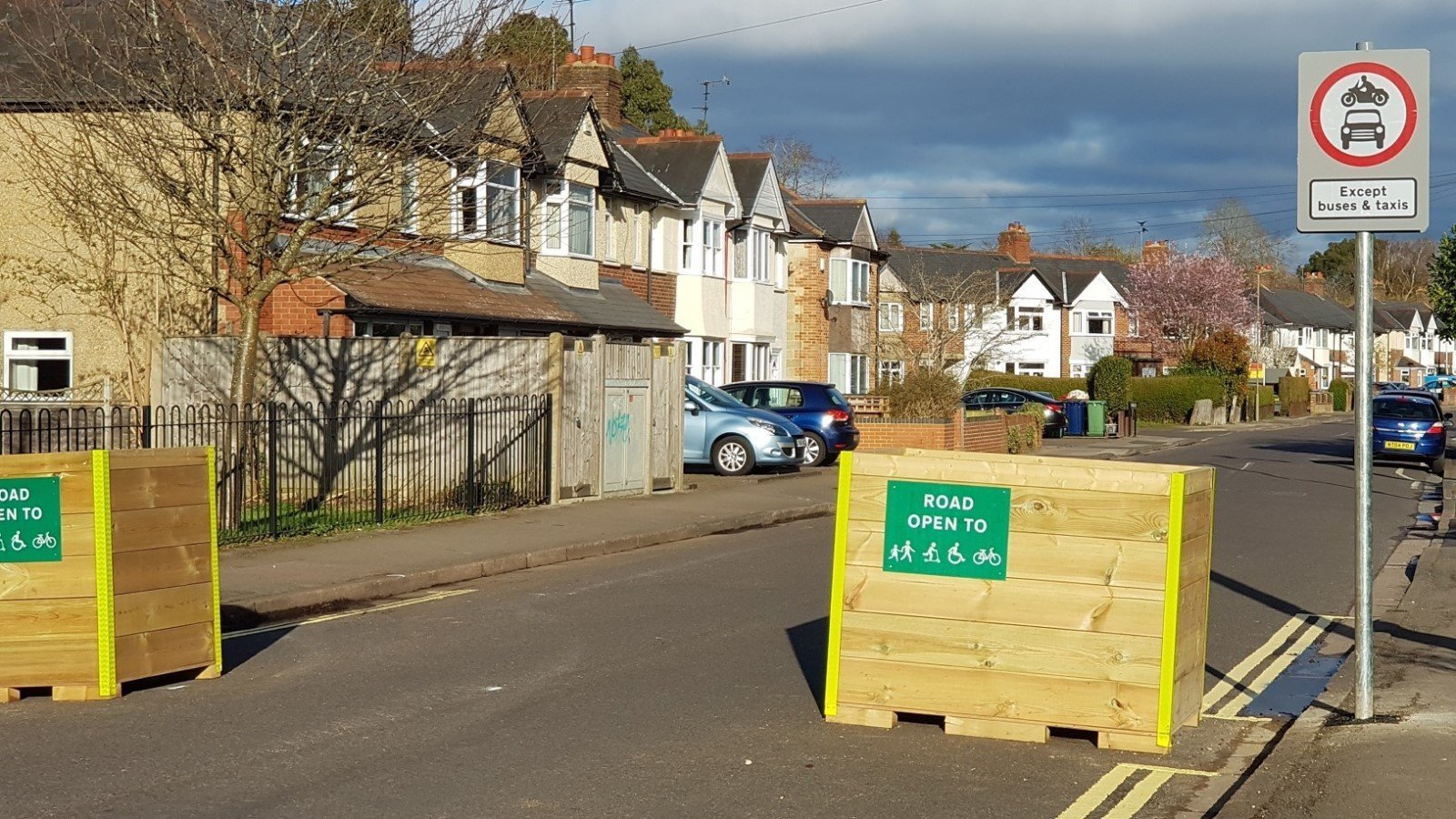 The county councillor in charge of safety insists vandalism of equipment in Oxford’s Low Traffic Neighbourhoods (LTNs) is responsible for delays to emergency services – not the measures themselves.

The county councillor in charge of safety insists vandalism of equipment in Oxford’s Low Traffic Neighbourhoods (LTNs) is responsible for delays to emergency services – not the measures themselves.

Councillor Jenny Hannaby (Lib Dem, Grove & Wantage), the cabinet member for community services and safety across Oxfordshire, fielded a question on LTNs at this week’s meeting of the full Oxfordshire County Council.

The measures enable the use of giant plant pots and bollards to close off side roads to through traffic, limiting the volume and speed of motorised vehicles.

Oxfordshire Fire and Rescue Service had to chop down a damaged LTN bollard, having been unable to unlock it and lay it down en route to an incident in Clive Road last month.

Councillor Donna Ford (Con, Bicester North) asked, “how many minutes have been lost by the emergency services and their staff due to LTN restrictions” and followed up by querying the impact of the Clive Road delay.

Councillor Hannaby said she had been told by the county’s chief fire officer that “there is no data on that”, adding: “He assures me that all the tenders have keys. However, if the bollards are criminally damaged – I say again, criminally damaged – then they have no alternative but to cut bollards which is what happened in that instance.

“I asked him again whether there was anything I could bring here today, and he said his comments still stand.”

Discussion of LTNs was laced into many aspects of debate throughout the meeting.

Councillors had to walk through a protest against them to access County Hall before hearing a public address from anti-LTN campaigner Fazal Hussain.

“Ever since the implementation of LTNs in the Cowley ward, life has become miserable for the local residents, increasing the costs and times of journeys”, he said.

“Residents feel let down by local authorities and suffer silently. It seems east Oxford has been deliberately targeted as an experimental test ground. Therefore the residents request the council reviews the LTN scheme and adopts an alternative that would be fairer and more beneficial to everyone.

“East Oxford is deprived of amenities, infrastructure, parking facilities, childcare and bus services, this has already divided communities, and bus gate filters will further segregate east Oxford from the rest of Oxford. East Oxford is becoming a modern-time ghetto.

“We, the LTN Smart Group, are willing to meet with council officials to discuss and achieve constructive and positive amendments to the LTN scheme, which can benefit everyone.”

The Fair Deal Alliance, the group of Liberal Democrat, Labour and Green councillors in charge at the county, has consistently backed the principle of LTNs.

They are currently in place on an experimental basis until the end of November, aiming to create quieter and safer streets and encouraging people to make more local journeys by bus, bike or walking.

“There will always be people who will not be not satisfied with the decisions taken, but it is incredibly important that we change the way traffic goes through the city, and this is part of that process.”