Have your say on Oxford’s Zero Emission Zone Pilot proposal 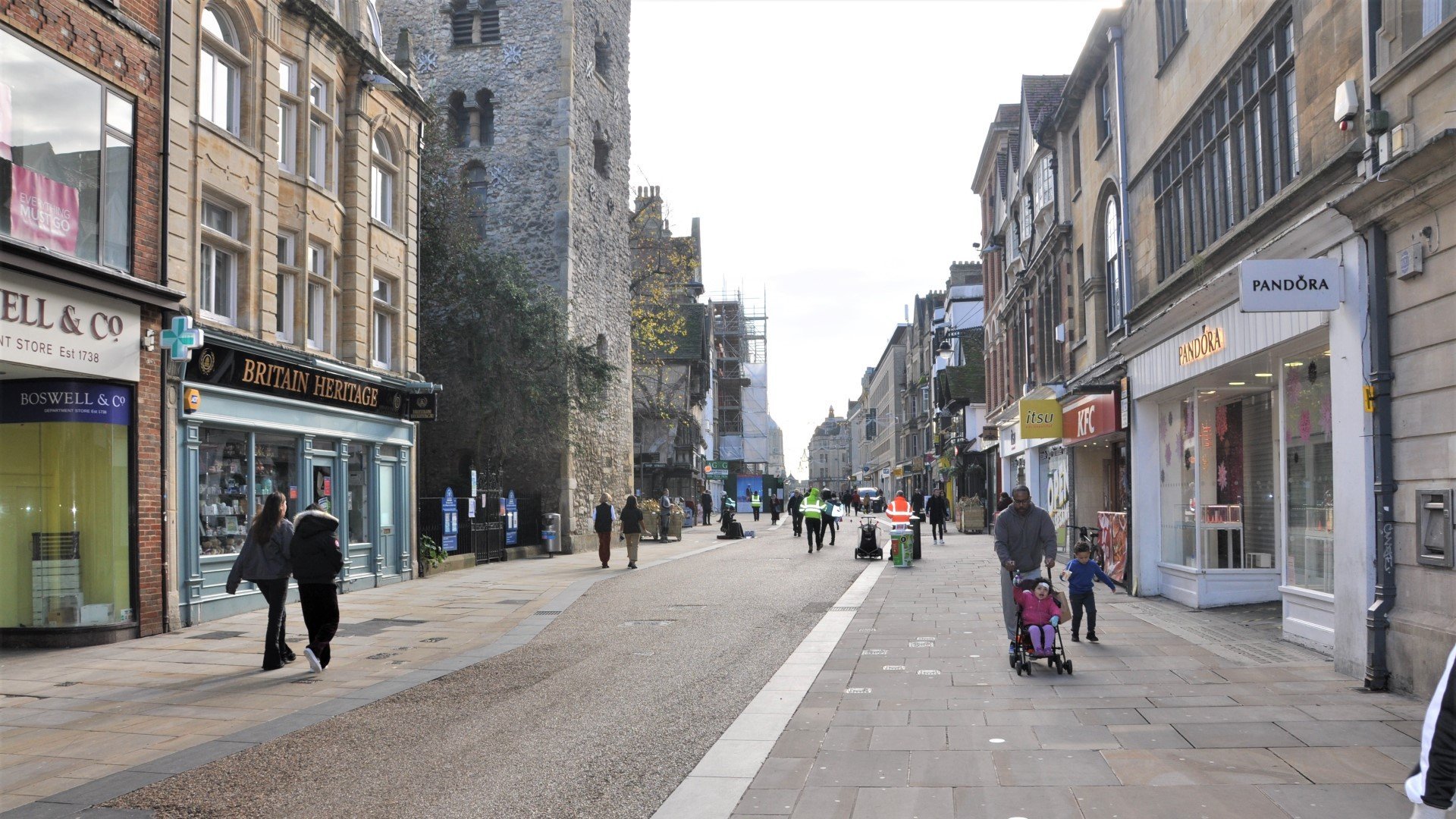 Oxfordshire County Council and Oxford City Council are asking for views from residents, businesses and visitors on a revised Oxford Zero Emission Zone (ZEZ) Pilot proposal after a similar consultation was paused in March 2020 because of the pandemic.

The final consultation for the proposed ZEZ Pilot is open until midnight on Sunday 17 January 2021. Responses to this consultation will be reported to the councils’ Cabinets in March 2021 and will inform their decisions about the scheme. Anyone can take part in the consultation by visiting Oxfordshire County Council’s website.

The proposed ZEZ pilot aims to reduce the city’s air pollution levels, tackle the climate emergency, and improve the health of residents, workers and visitors to Oxford and beyond.

The need to cut emissions is clear. In January 2020, a study from Centre for Cities found out that at least one in 17 deaths in Oxford is related to air pollution. Oxford City Council’s draft Air Quality Action Plan sets a local target of 30 by 25 – i.e. 30 µg/m3 across Oxford by 2025. In April 2014, a report issued by Public Health England showed that long term exposure to air pollution in Oxford could be responsible for six per cent of all deaths of people aged 25 and over.

The ZEZ pilot would be based on a road user charging scheme, which means vehicles used in the zone 7.00am to 7.00pm would be subject to charges, depending on their emissions. Only 100 per cent zero-emission vehicles could be used in the zone free of charge. Charges would apply to all vehicle classes, from mopeds to HGVs, and the proposed charges that would apply in the ZEZ pilot, depending on the emissions of the vehicle, are as follows:

Discounts are also proposed for certain vehicles or road users during the charging hours (7.00am – 7.00pm) including resident and business vehicles within the zone, and for Blue Badge holders.

Under the requirement of the scheme, income raised by the ZEZ may be used to cover implementation and running costs.

The remaining income will be used to help residents and businesses make the transition to zero-emission vehicles, and on other schemes that promote zero and low emission transport in the city.

The consultation follows the government’s announcement this week that the sale of petrol and diesel cars will be banned from 2030. Britain is moving closer towards adopting electric vehicles on a wider scale.

The ZEZ will go beyond this ambition, with the ZEZ pilot to be introduced in Summer 2021, and on a wider scale in spring 2022.

The councils are now proposing to create a single city centre ZEZ with a single set of requirements, in two steps. Firstly, an area in the heart of the city centre will act as the ZEZ pilot, which will then, secondly, provide learnings for a wider ZEZ to cover the whole city centre in spring 2022, on an accelerated timeline.

The larger ZEZ will be subject to further consultation but its alignment with the pilot zone would allow for clearer emissions criteria and greater support for residents and businesses within the ZEZ area.

Councillor Tom Hayes, Oxford City Council’s Deputy Leader and Cabinet Member for Green Transport and Zero Carbon Oxford said: “COVID-19 has forced local government to divert significant focus onto supporting our communities through the toughest time they’ll know. All the while, the city council has kept up our focus on climate breakdown and air pollution, including speeding up Oxford’s Zero Emission Zone.

“I’m thrilled that the implementation of the city centre ZEZ is moving forwards and the scheme’s emissions standards will be the toughest possible. The city has joined together in recent years to develop this ZEZ scheme and we hope for the largest number of responses to our final consultation.”

Councillor Yvonne Constance, Oxfordshire County Council’s Cabinet Member for Environment said: “Tackling air pollution and climate change is a great priority for us. Not only will our plans for a city centre Zero Emission Zone make a difference to the quality of life and health of people living and working in the city centre, but we are also showing that it is possible as we start to respond seriously with climate action.

We can look forward to a city that will be a healthier and cleaner place for all, especially now that the county has moved forward on its commitment to accelerate initiatives such as these plans. The changes we propose are based on the feedback we have received and we encourage residents, businesses and visitors to submit feedback on the final plans in the consultation ahead.”