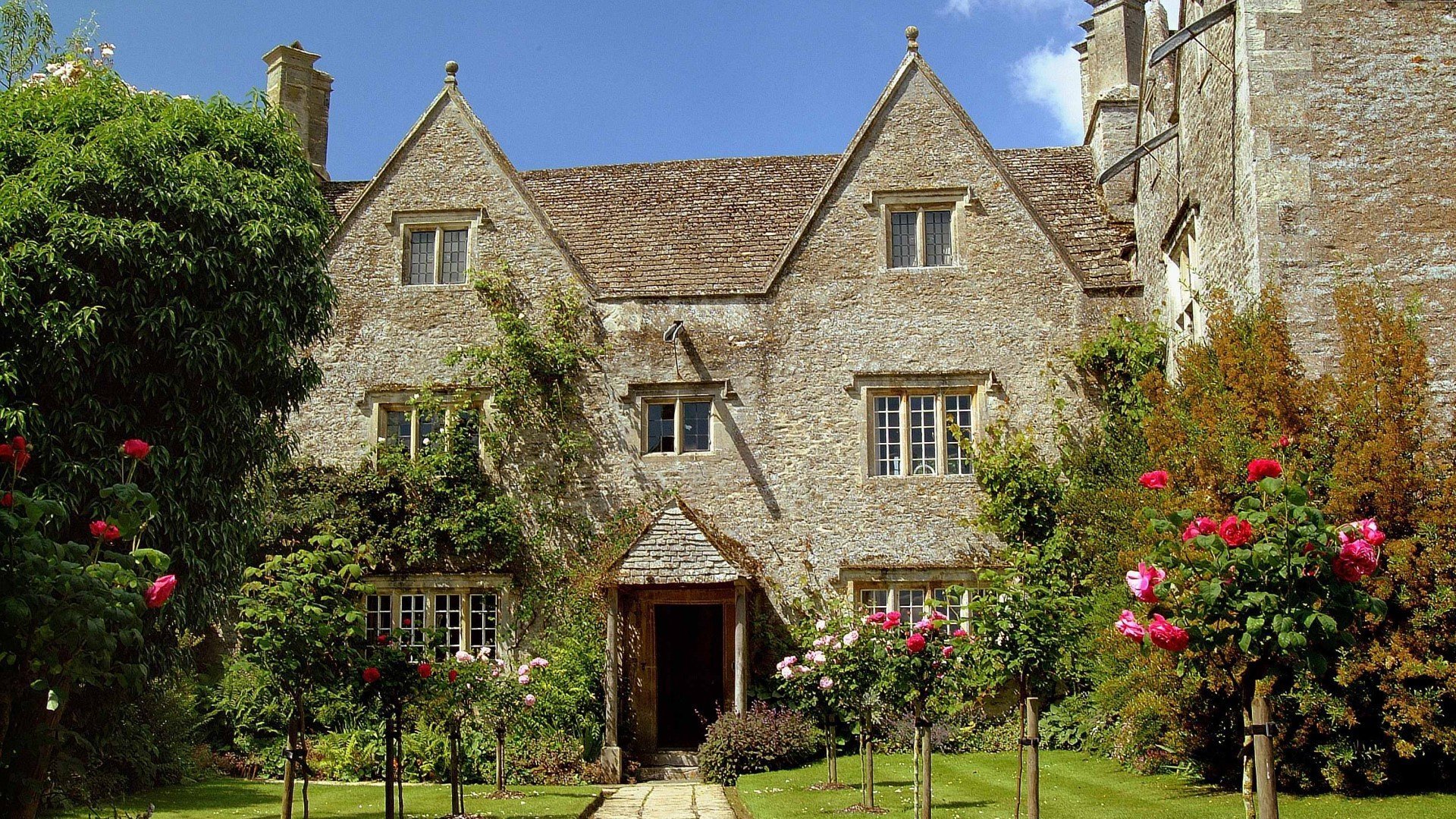 Kelmscott Manor in Oxfordshire is to reopen its doors on Friday 01 April 2022 following a major refurbishment project. Image: View of Kelmscott Manor from the East Lawn. © Society of Antiquaries of London

The doors of Kelmscott Manor in Oxfordshire, the beloved country home of William Morris, the internationally-renowned craftsman, designer, author, poet, conservationist, pioneer socialist, widely regarded as the father of the Arts & Crafts Movement, will finally reopen its doors to the public on Friday 01 April 2022, having been closed since 2019.

During the past 30 months, a conservation and refurbishment programme has been achieved. Practical completion of the capital phase was made possible by a £4.3 million grant from the National Lottery Heritage Fund plus £1.3 million raised to date from the still ongoing Kelmscott Manor: Past Present & Future Campaign, which continues to actively raise additional funds.

Situated in the charming village of Kelmscott located on the river Thames, near Lechlade, Kelmscott Manor was built around 1600 using mellow Cotswold stone. When William Morris first viewed Kelmscott Manor in 1871, he fell instantly in love with its unpretentious architecture, together with the history and landscape of its gentle rural environment. It encapsulated all his passions – history, nature, archaeology and romantic medievalism.

The Manor was duly rented, initially together, with Morris’s friend and business partner the Pre-Raphaelite artist Dante Gabriel Rossetti as co-tenant, who was then romantically involved with Morris’s wife, Jane. Rossetti, however, left in 1874, much to Morris’s relief. From the outset, it became the Morris family’s much-loved country retreat (William, Jane and their two daughters, Jenny and May).

Aside from vital structural repairs to the 17th-century manor house and its historic farm outbuildings, a new learning and activity studio has been built on the footprint of a pre-existing thatched byre, recreating the enclosed farmyard. Visitor facilities have been upgraded and improved, including new exhibition and research spaces created from rooms previously not open to the public; and significant furniture and artworks conserved.

Moreover, by using the wealth of vivid first-hand contemporary accounts and photographs, the interior rooms of the Manor have been redisplayed and reinterpreted to provide the visitor with a more authentic impression of how they would have been in the Morris family’s day.

Wallpaper has been reinstated in several rooms, with each design individually printed by hand using the original blocks from the Morris & Co archives. Some of these remain popular today, namely Fruit, seen in Jane Morris’s bedroom, Lily in William Morris’s room and Daisy on the landing.

In addition, analysis of long-hidden paint layers has provided clues to several of Morris’s different colour schemes. These have since been carefully re-mixed and the spaces repainted. For example, what was always referred to as The Green Room has now been repainted in its original, dark green (‘Brunswick Green’, the name given to a blend of Prussian blue and chrome yellow). This was a colour that Morris found ‘restful to the eyes’.

The wide variety of furniture, objects and paintings have also been redistributed in the period spaces and placed back into positions they would have been during the Morris family’s time.

Dr Kathy Haslam, Curator Kelmscott Manor, explains: “We have not attempted to replicate a particular moment in time in redisplaying the period rooms, but rather to recreate the spaces as they would have been known to members of the Morris family over their 67-year association with the Manor based on evidence available.

“Every new placement of furniture and objects, together with each new paint colour or choice of wallpaper, has been informed by visual or written sources consulted during extensive research. As a result, the house feels more home-like. In addition, our new interpretation enables us to explore more people, themes and narratives than before”.

Among the most notable paintings reinstated at Kelmscott Manor is The Blue Silk Dress by Dante Gabriel Rossetti (1828–82). This is perhaps the most iconic portrait of Morris’s wife Jane, painted in 1868 by Rossetti. Jane was one of Rossetti’s favourite models and most significant muse, and it was at Kelmscott that one of the most complex three sided love affairs in art history unfolded.

The furniture and objects to be seen at Kelmscott include pieces made or collected by the Morris family or their friends. For instance, the painted settle and a robust oak Gothic Revival style round table were designed by the architect Philip Webb for the Morris’s first home Red House. Both items were once at the family’s London home, Kelmscott House in Hammersmith, before being brought to Kelmscott Manor.

Several examples of Islamic metalwork are evidence of Morris’s interest and passion for the decorative arts of the Middle East, while several pieces from Iceland are a reminder of the profound influence that the country had on Morris and his daughter May. Several artworks that were also originally in Rossetti’s possession remained at Kelmscott after Rossetti left.

Some 17th-century furniture from the previous owners was already in the house when Morris first rented the property and remains there to this day, including the bed in which William Morris slept. Wherever possible during the recent refurbishment programme, every effort has been taken to maintain and safeguard the unique character and essence of the Manor, the original farm buildings and their natural environment.

All the work has been sympathetically undertaken using the finest appropriate materials and an eye to detail. There has been no over-enthusiastic restoration of these historic buildings – a practice, which Morris abhorred and led to his founding of the Society for the Protection of Ancient Buildings in 1877.

Kelmscott played a huge part in Morris’s life. It provided him with endless creative inspiration, and it had a profound influence on his thinking and designs. It was there that Morris formulated his views on varying subjects – from interior design, craft-based work and building conservation to social democracy and environmental issues.

Many of his most popular designs, such as Strawberry Thief, were directly inspired by the garden at Kelmscott, whilst his seminal literary work News from Nowhere, published in 1890, includes beautiful, perceptive descriptions of the house and its surroundings. The Kelmscott Press edition (1893) features the most famous illustration of the Manor as its frontispiece.

Even after Morris’s death in 1896, his widow Jane and his daughters May continued to rent the Manor House, which was subsequently purchased together with its estate and additional land by Jane in 1913, shortly before her death in 1914. May Morris moved to Kelmscott permanently in 1923. And for the rest of her life devoted much of her time to the village and the Manor. Kelmscott Manor was left to Oxford University on May’s death in 1938.

In 1962 the university gave up the bequest, and ownership was passed to the Society of Antiquaries of London, which undertook specialist repairs on the building to save it from collapse before opening it to visitors for the first time. Since then, many thousands of people from all over the world have annually flocked to Kelmscott Manor, fascinated by the enduring legacy of William Morris.

Fifty-six years on, the recently completed, far more extensive refurbishment programme is evidence of the Society’s continued commitment to maintaining the fabric of Kelmscott’s historic buildings and collections whilst keeping alive the conservation ethos pioneered by Morris.

John Lewis, General Secretary of the Society of Antiquaries of London, said: “William Morris’s love of history and the physical remains of the past profoundly influenced his creativity.

“Our revitalised Kelmscott will explore and share the history of the estate and house through the core disciplines of the Society, and through the eyes of William Morris as an Antiquary and Fellow of our Society.

“The recent major refurbishment project and the ongoing Kelmscott Manor: Past Present & Future Campaign has ensured that William Morris’s beloved “heaven on earth” is preserved for the benefit and enjoyment of future generations.”