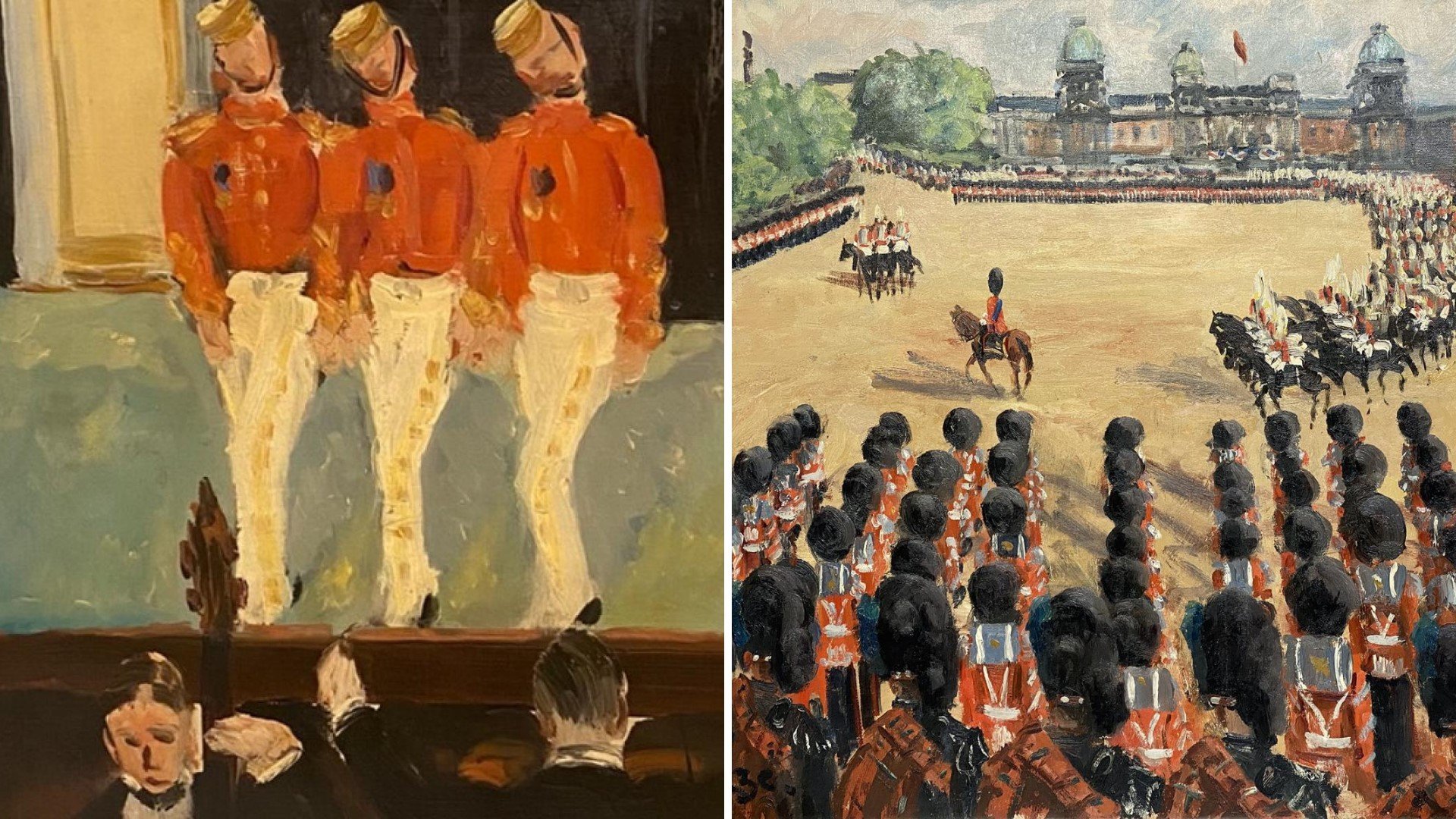 Blenheim Palace is hosting a new exhibition showcasing Winston Churchill’s love of painting and lifelong friendship with renowned Anglo-French artist Paul Maze, the official painter of the Queen’s Coronation in 1953.

Companions of the Brush: Paul Maze & Winston Churchill runs from 09 July to 13 November in the newly refurbished Palace Exhibition Suite. The exhibition is being staged in association with Zuleika Gallery and curated by Lizzie Collins and Philippa Hogan Hern.

It also includes the set of toy lead soldiers that Maze gave to the nine-year-old John Spencer-Churchill, future 11th Duke of Marlborough, as a 1935 Christmas gift at the suggestion of Winston, who was himself born at Blenheim.

Maze was affectionately referred to as ‘The Cher Maitre’ and ‘Companion of the brush’ by Churchill’s family. The pair first met in the trenches on the Western Front in 1915/6.

Their shared love of painting was to lead to a life-long friendship and artistic mentorship with frequent reunions at Blenheim Palace, Chartwell and the Chateau of St-Georges-Motel in Normandy, home of Consuelo Balsan, the former 9th Duchess of Marlborough.

He was invited to record the funeral of King George VI on 15 February 1952 and was the official painter of HM the Queen Elizabeth II’s Coronation on 02 June 1953.

Aged 14, Maze was sent to school at Haendel College in Southampton, and it was during his time there that he began a life-long affair with all things English.

When war broke out in 1914, Maze joined the Royal Scots Greys initially as an interpreter and was later transferred to the British 5th Army Headquarters’ staff, where he was a liaison officer and artist.

He was awarded the Distinguished Conduct Medal and Military Medal with bar as well as the French Croix de Guerre and, later on, the Legion d’honneur. In 1934 Heinemann published Maze’s recollections of the First World War – A Frenchman in Khaki with a preface by Winston Churchill.

In 1920 he was naturalised as a British subject when he married Margaret Nelson. He divorced in 1950 and married Jessie Lawrie, and moved to Mill Cottage, Treyford in West Sussex.

Maze exhibited in London, Paris and New York and his work is held in major British and US private collections and public institutions, including Tate, The Fitzwilliam Museum, Glasgow Art Gallery and Museum, Henley River & Rowing Museum and The Government Art Collection.

Book tickets
Entry to the exhibition is included with Palace, Park and Gardens tickets. Donate the cost of your full Palace, Park and Gardens ticket to convert it to an Annual Pass. Entrance is free for Annual Pass holders with no need to book; simply show your valid pass on arrival.
All images © the artist’s estate, courtesy of the Duke of Marlborough