In July the City Council introduced a new initiative to help bring empty units back into use more quickly by connecting businesses and organisations with the landlords and agents of vacant city centre units.

The hope is that, by acting as a facilitator, the City Council can make it easier for landlords and agents to temporarily fill vacant units in Oxford with ‘meanwhile use’ ventures and pop-ups, while they continue negotiations with more permanent traders.

Now the City Council is offering a 12-month ‘meanwhile use’ opportunity in 1-3 George Street – one of the busiest streets in Oxford city centre.

The property is over five floors and comprises:

The ‘meanwhile use’ proposals could be retail, office or co-working, arts or cultural, a community hub or social enterprise, or an innovative alternative.

The wider aim of the initiative is to nurture up-and-coming businesses and organisations to grow or try something new by offering them a taster of operating in Oxford city centre. It is hoped, if successful, the businesses could move to a longer tenancy of their own in a city-centre property.

The City Council is currently working up longer-term plans for 1-3 George Street. It had been hoped that the site could be redeveloped, but during the viability and planning process, it became clear there were significant archaeological and heritage issues that made the scheme unaffordable.

Footfall is up across the city centre, and is bucking the national trend. According to the UK High Street Index, footfall is down by an average of 3.3% across the country on last year – but Oxford has seen a rise of 8.1% over the same period.

It follows from a recent report that show the number of vacant units in the city centre is also improving. Last month, 11.2% of the 581 ground floor units in Oxford city centre were listed as currently vacant – down from 12.4% in March – but of those 65 vacant units 17 were under offer or close to agreeing a new tenancy, and 16 are being redeveloped and so are not currently available to let. 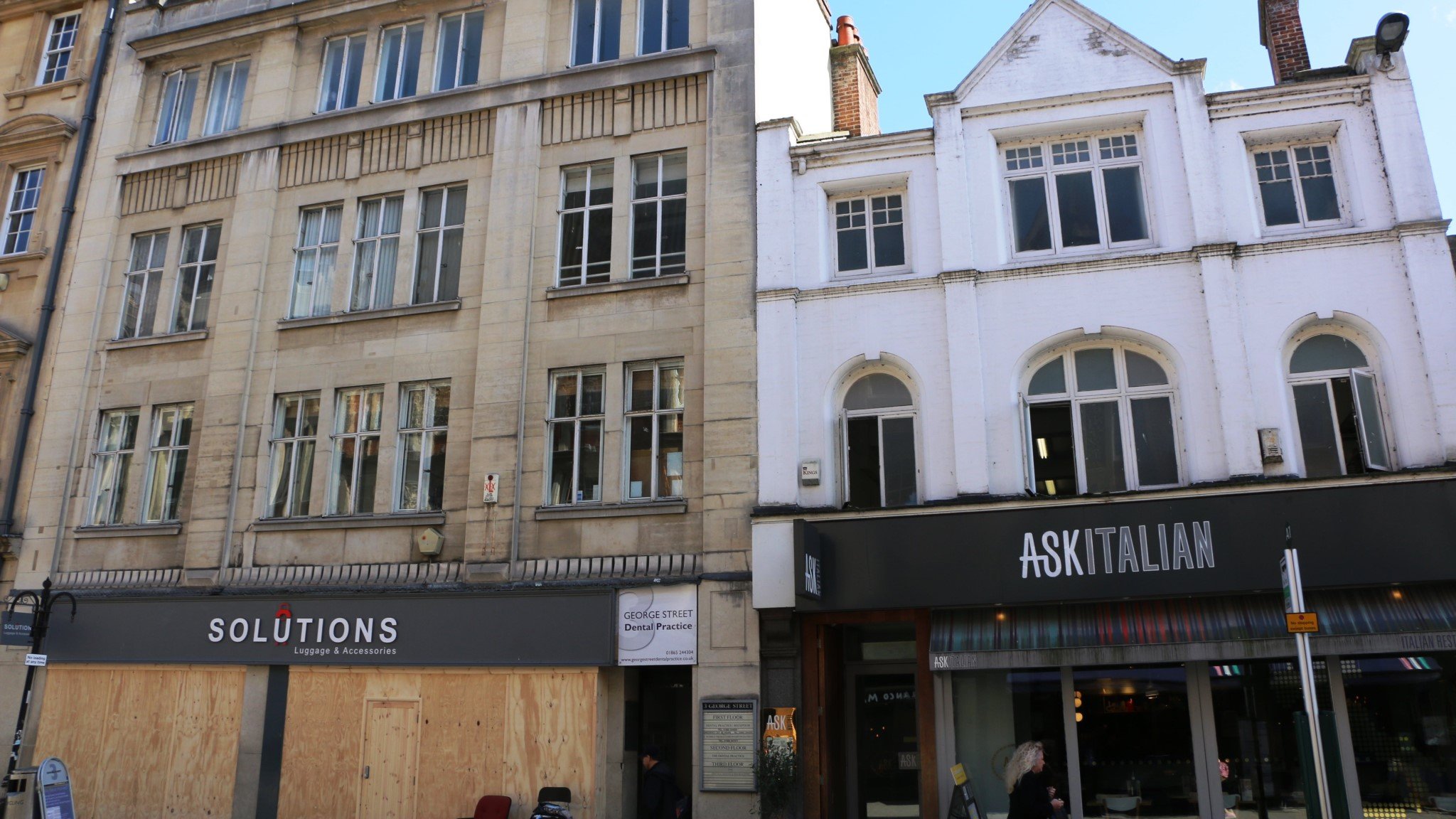