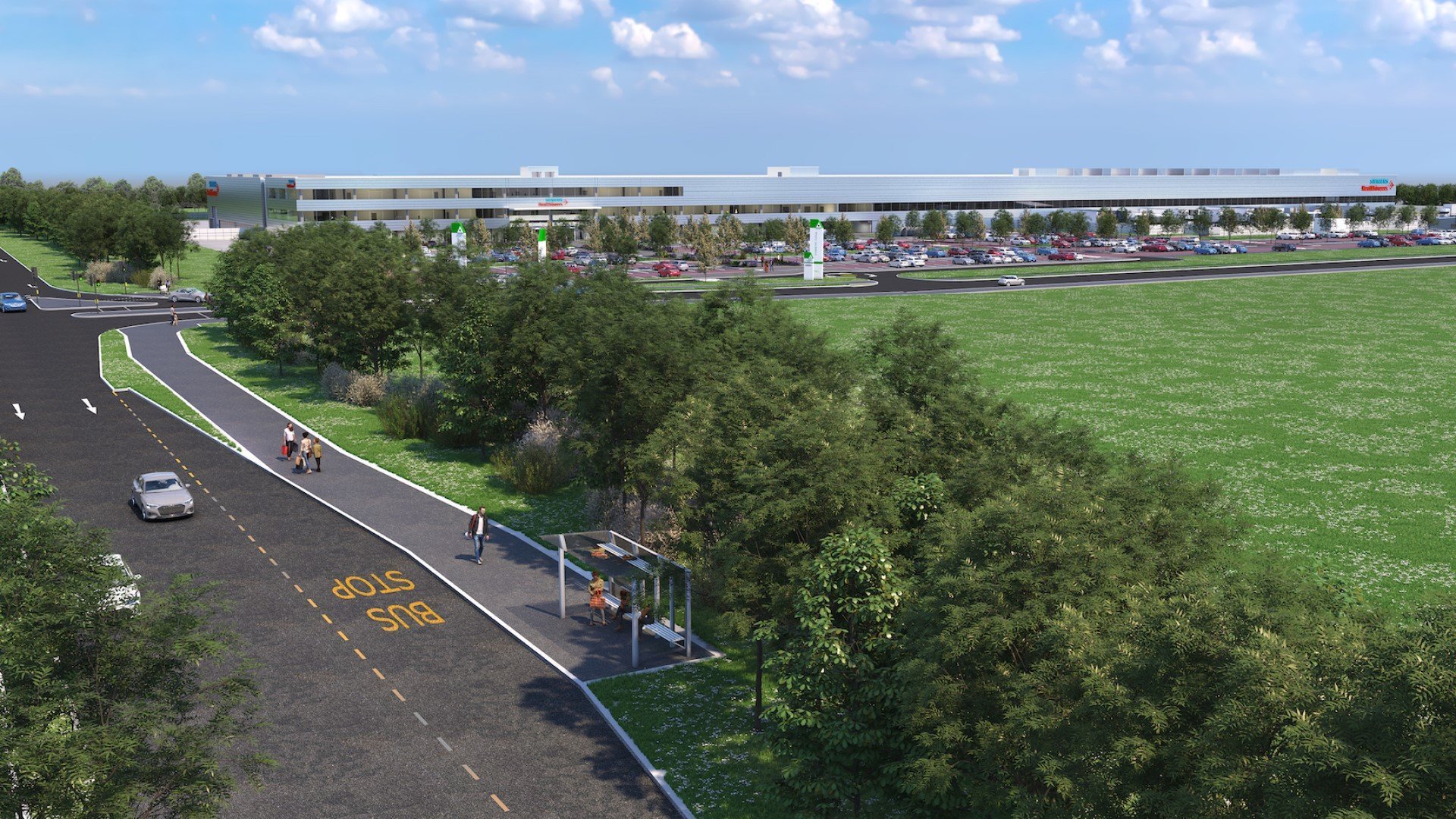 The 48-acre site on land north of the A41 and east of Junction 9 of the M40, known as Symmetry Park, Oxford North, has been chosen following an extensive site search by Siemens Healthineers.

This search was initially international before deciding on Oxfordshire, which was the only site that could meet the operational requirements and timescales of Siemens Healthineers, which is facing increasing demand for its superconducting magnets.

The proposed building will be bespoke to Siemens Healthineers’ design and production process and delivered to net zero carbon in construction, in line with the guidelines set out by the UK Green Building Council’s framework. The facility will achieve a minimum rating of BREEAM Excellent and will incorporate substantial solar Photo Voltaic (PV) coverage on the roof.

Speaking about the plans, Jonathan Dawes, Planning Director at Tritax Symmetry, commented: “The development of this new world-class facility at Symmetry Park, Oxford North, will safeguard the significant knowledge, expertise and embedded supply chain benefits that have been established over the last 40 years within Oxfordshire.

“The proposals set out are accompanied by a thorough and robust assessment of all relevant technical matters, including highways and transportation, landscape and visual impacts, ecology, archaeology and heritage, and flood risk.

“Since the site was identified by Siemens Healthineers, we have undertaken a thorough public consultation and have continued to liaise with local planning officers throughout the process.”

Ralph Seidler, Managing Director of Siemens Healthineers Magnet Technology, Oxford, continued: “Increasing demand for our superconducting magnets has meant we have outgrown our existing development and manufacturing facilities in Eynsham, located 13 miles away from Symmetry Park.

“Realising we needed a larger facility, we carried out an extensive search across the UK; this site is the only location that can meet our requirements.

“Subject to a positive planning outcome, we will commence a phased transition from Eynsham to Oxford North, with changeover anticipated to complete by 2030, subject to the variable demand for product lines developed in the facilities.”

It is anticipated that the project will create 670 construction jobs and 1,100 skilled jobs such as physicists, engineers and cryogenic experts when the facility is fully operational, including the retention of over 500 Oxfordshire-based jobs.

Siemens also added that the proposals will add a net additional £820 million to the Gross Value Added (GVA) of the Oxfordshire economy by 2040.

Siemens Healthineers are being advised by JLL.