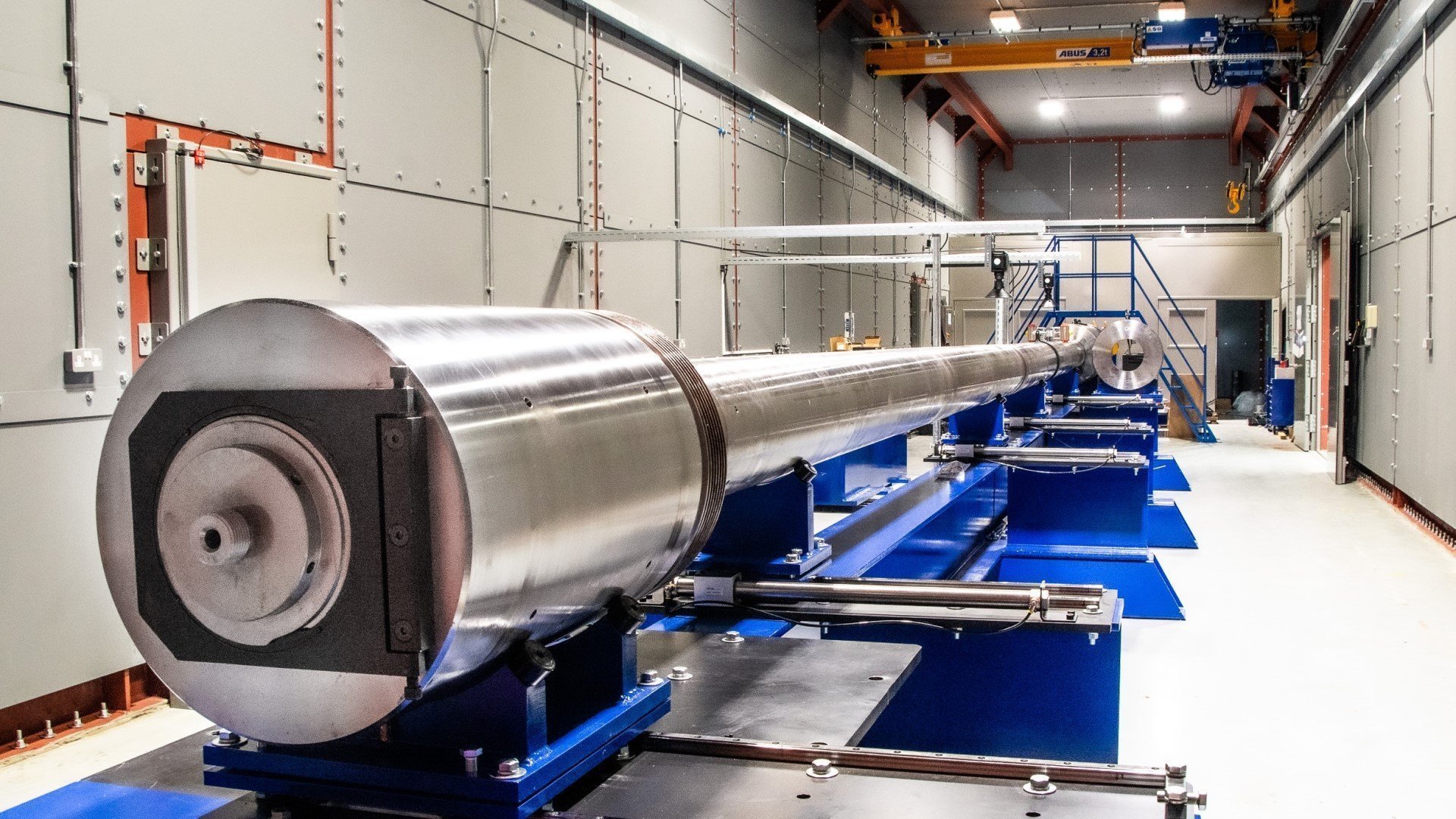 At 22 metres long and weighing 25,000 kg, the Big Gun is the largest of its kind in the UK. First Light finalised construction of the £1.1 million device in May 2021 and has since successfully completed the testing and commissioning phase. These ‘hyper velocity’ devices are typically used by astrophysicists to simulate meteorite impacts.

When fired, the gun will launch a projectile into a vacuum chamber at speeds of over 6.5 km/s, or 20 times the speed of sound. The projectile will impact a fusion target – the centrepiece of First Light’s unique approach to fusion.

With the benefit of First Light’s unique amplification technology, the collapsing velocity of the fusion fuel will reach in excess of 70 km/s, or 250,000 km/hour (over 200 times the speed of sound) producing pressure 30 times the centre of the Earth. The aim is to create the conditions required for fusion.

This maiden fusion campaign using the Big Gun will consist of 21 separate shots and is expected to conclude in late July. This campaign is an integral part of First Light’s effort to demonstrate fusion using their unique approach to inertial confinement fusion, which aims to create the extreme temperatures and pressures required for fusion by compressing the fuel inside a target using a projectile travelling at massive speed.

First Light’s approach to fusion, which is safe, clean, and virtually limitless, has the potential to transform the world’s energy system. Unlike existing nuclear, there is no long-lived waste, no meltdown risk, and raw materials can be found in abundance. Unlike many other fusion approaches, First Light’s power plant can be realised with existing technology and materials.

Dr Nick Hawker, CEO of First Light Fusion, said: “This is a significant scientific milestone for First Light Fusion, as we begin our maiden fusion campaign using our new Big Gun. We are privileged to welcome the UK Science Minister Amanda Solloway MP to officially launch this campaign which will bring us closer to our target of delivering fusion using our unique technology.

“Our target design, which is the core element of our IP, has advanced significantly over the last 12 months. We are now able to amplify impact speeds by over 11 times in the space of just a few millimetres, breaking our previous records. This is key to creating the extraordinary pressure and temperature necessary for fusion.”