Culture-crammed and laughter-laden, a land where silliness and tomfoolery are as perennial as the grass, Wilderness return with an extended weekend escape in the soul-nourishing paradise of Cornbury Park – a rolling landscape home to tribes of deer amongst a symphony of ancient trees.

The incandescent celebration of music and the arts appeals to flaneurs and dilettantes, young and old: a population devoted to life enhancement via meaningful pleasures, hedonistic pursuits, luxurious experiences, and world-class music.

Progressive and flamboyant, the multi-arts celebration delivers a seismic lineup of headliners to rival dancefloors worldwide. The glorious and eclectic Main Stage welcomes the home-grown titans of electronic music: a pioneering duo who have consistently released euphoric hit after hit during their expansive careers.

Minds at Wilderness will this year be blown by an audio-visual spectacle from The Chemical Brothers. They are joined by Christine and The Queens: the inventive French genre-bending pop phenomenon is back with a new show Redcar to slay the Wilderness audience. And big beat founder, Brighton homeboy and national rave treasure Fatboy Slim will debut with his headline set of legendary UK dance classics.

Queens of pop Sugababes, back as they originally were, come armed with an arsenal of their undisputed hits to thrill the Wilderness. High-energy Australian Electro-Indie quartet Confidence Man – fresh from a red-hot Glastonbury performance – unleash their addictive anthems, and neo-soul singer-songwriter Pip Millett joins the main stage with classics inspired by the great soul, jazz and RnB artists of yesteryear.

Mesmerising avant-punk songstress Nuha Ruby Ra is a performance powerhouse and a steady fixture on London’s premier indie circuit. Acid Klaus is the brand new moniker of accomplished northern electronic artist Adrian Flanagan who deals in what he calls ‘twilight robotic body music’. The playful pan-continental quartet who bonded over their love of cumbia, Los Bitchos are a band who need to be experienced live – as are uplifting Brighton guitar heroes Lime Garden.

The Valley is the beating heart that comes alive after sundown: the forest amphitheatre, aglow with laser beams and glittering with disco balls, will be presided over by some of the planet’s finest electronic artists. Infamous and intimate late-night dancefloor The Hustle returns with more secret sets and back-to-back wildness. The complete dance music lineup will be announced in Part Two, which lands in February.

Wilderness is renowned for bringing World Class Arts and cultural institutions to the festival fields and importing high art and engineering unconventional commissions to fit the festival landscape.

Jazz institution Ronnie Scott’s is a Wilderness favourite. This year they return to celebrate undisputed soul queen Aretha Franklin with epic soul singer in her own right Vanessa Haynes whose CV includes backing for Chaka Khan and Van Morrison. Contemporary classical pianist and composer Karim Kamar performs a breathtaking show, and comedian de jour, the multi-award-winning actor, writer, and stand-up Sara Pascoe will get the laughing well and truly started with a Thursday evening set.

Returning for Season Twelve is the Wilderness-devised ‘God’s Jukebox’, which, along with The Wilderness Orchestra, has become part of the show’s fabric. The audience requests the songs that have backtracked the most monumental moments in their life, which are arranged by the festival’s own 47-piece symphony orchestra to be performed with guest vocalists with a live tribute. This year it’s pop classics that will be given the treatment – with celebrity guest singers.

The mic is handed to the audience for more participatory hijinks at Hip Hop Karaoke – which was urged back on the lineup by popular demand.

The Wilderness programme is proud to champion transformation, self-expression and diverse identities. From award-winning cabarets to contemporary drag, progressive parties and everything in between, enter a world of the fabulous and the unexpected. Prepare to strut your stuff, dance till you drop and find your fierce.

FLINTA-focused forward-thinking club night Fèmmme Fraîche returns, merging cutting-edge house, techno and performance art, hosting a plethora of fabulously talented queer wmxn femmmes, butch, trans, NB and everyone in between promoting diversity behind the decks and on the dancefloor.

Eclectic underground DJ who cut her teeth in London pirate radio Shy One joins the House of Sublime bill. International burlesque siren Missy Fatale brings her own take on a cabaret show with Haus of Fatale. And the show would not be complete without Alternative Miss Wilderness, hosted again this year by the impossibly upbeat crew The Provibers.

The Forum – the festival’s HQ of talks, debates, panel discussions and much more – welcomes The Conduit – a collaborative community that scales and accelerates solutions to the world’s greatest challenges – as well as the home of big thinkers the How To Academy.

The first luminary to be announced is journalist, author, podcaster and writer of ‘How To Fail’ Elizabeth Day. As ever, the roster will be bristling with experts, aficionados, laureates, and prize winners.

Sunday is as ever devoted to Wilderness institution Sunday Papers Live – a journey through the broadsheets section by section with writers, poets and comedy gold.

Wilderness are the pioneer of festival banqueting and, as ever, delivers a mouth-watering lineup of Feasting and Dining leaders in the global food scene. Headline chefs include Wild Honey founder Anthony Demetre – whose signature style combines classic French techniques with the finest seasonal produce Britain has to offer.

Decorated Scottish chef Adam Handling is the founder of The Frog, Ugly Butterfly, and more. He’ll bring his mastery to Wilderness for the second time. Masaki Sugisaki is a traditionally trained Japanese chef who has moved away from the strict culinary rules of his home country to create a fusion-led approach to modern Japanese food.

Jeremy Lee is the head chef of Soho’s Quo Vadis and is credited with putting it firmly on the culinary map, and Dom Fernando is the founder of the contemporary Sri Lankan restaurant – Paradise. Other restaurants joining the bill include Cue Point – the British-Afghan BBQ company, an iconic Long Table Banquet in the Woods with Ben Quinn’s Woodfired Canteen cooking up a storm on live fire.

Social Pantry’s Sarah Turner returns to take over the Wilderness Kitchen again to offer the UK’s only vegetarian & vegan feast within a festival setting. Founded by Alex Head in 2011, Social Pantry has established itself as a sustainability trailblazer for high-profile trend-setting luxury events. With plans to become the UK’s first and only zero-waste caterer and B-Corp certification in the pipeline, the pioneering female-led company brings its uniquely fresh, seasonal, sustainable cooking style into the Wilderness and supports the feasting programming.

Alongside the cultural smorgasbord, Wilderness delivers a world-class wellness offering, nourishing body and soul in myriad ways. The Sanctuary returns with an across-the-board menu from the worlds of yoga, breathwork, fitness, massages and treatments.

Find SUP Yoga and Aerial Yoga, Wild Runs and The Lakeside Spa. The Sanctuary, in recent years, has been home to some amazing music: The London Ambient Orchestra will perform in The Shala this year with composer and sound artist Ell Kendall to completely bliss you out. Blink Mental Health is back by popular demand, and the Fellowship Groups are also returning, providing space to gather and reflect.

The rolling parkland, lakes and forests are as much a headliner as the sprawling arts programme. There are as many ways as ever to enjoy The Great Outdoors nature reserve – from Horse Riding to Forest Bathing, Wild Swimming and Boating, Phone Photography Workshops, Axe Throwing and Wild Medicine Walks.

The Family Field is as colourful and imaginative as ever, with social projects and kiddie smile professionals The Flying Seagulls returning, among many others.

In the world of workshops and crafts, you’ll find new skills to hone; The Art Studio hosts avant-garde art classes, Greencrafts Village pursues various ancient crafts, there’s a place to get a tasty Poetry Takeaway, the Phlox Bookshop to stock up on your reading matter and the return of the Togetherness tent – where workshops allow you to connect meaningfully with your fellow festival friends.

Wilderness is a staple in the festival calendar and a truly unique celebration where high arts marry low-down dirty dancefloors, life-affirming belly laughs and silliness sprawl across a jaw-dropping nature reserve. Roll in the grass. Swim in the lakes. Camp under the stars. Meditate at dawn and gallop through the meadows. Dance like there’s no tomorrow to the mightiest sounds on the planet… isn’t that what it’s all about?

Season Twelve: Part Two will be announced in February 2023 to include The Valley, The Playing Fields, The Jumpyard, The House of Sublime, Feasting & Dining and more artists across all venues.

Wilderness runs from Thursday 03 to Sunday 06 August 2023 at Cornbury Park in the Oxfordshire countryside. 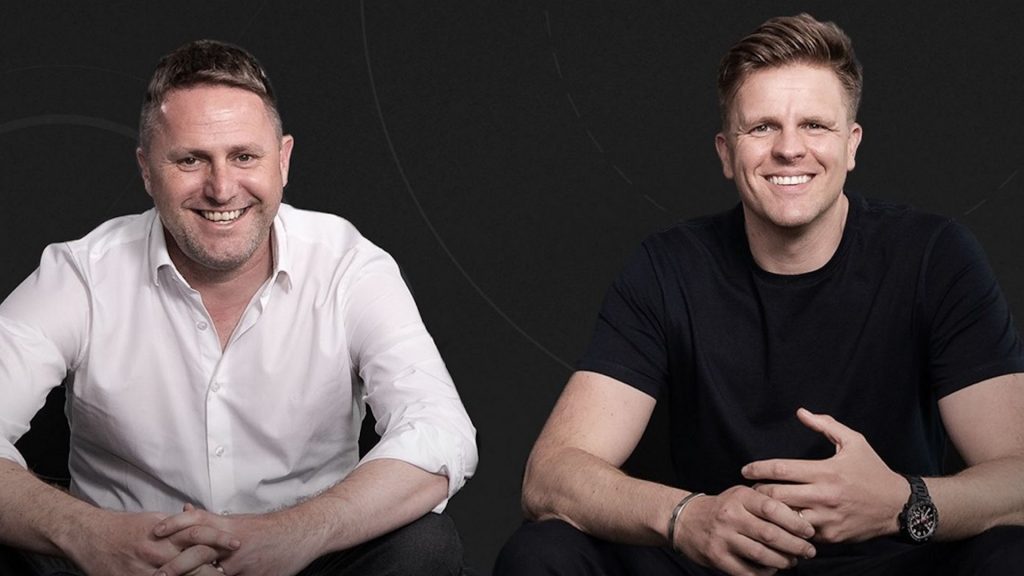 Hit podcast High Performance is coming to Oxford in 2023