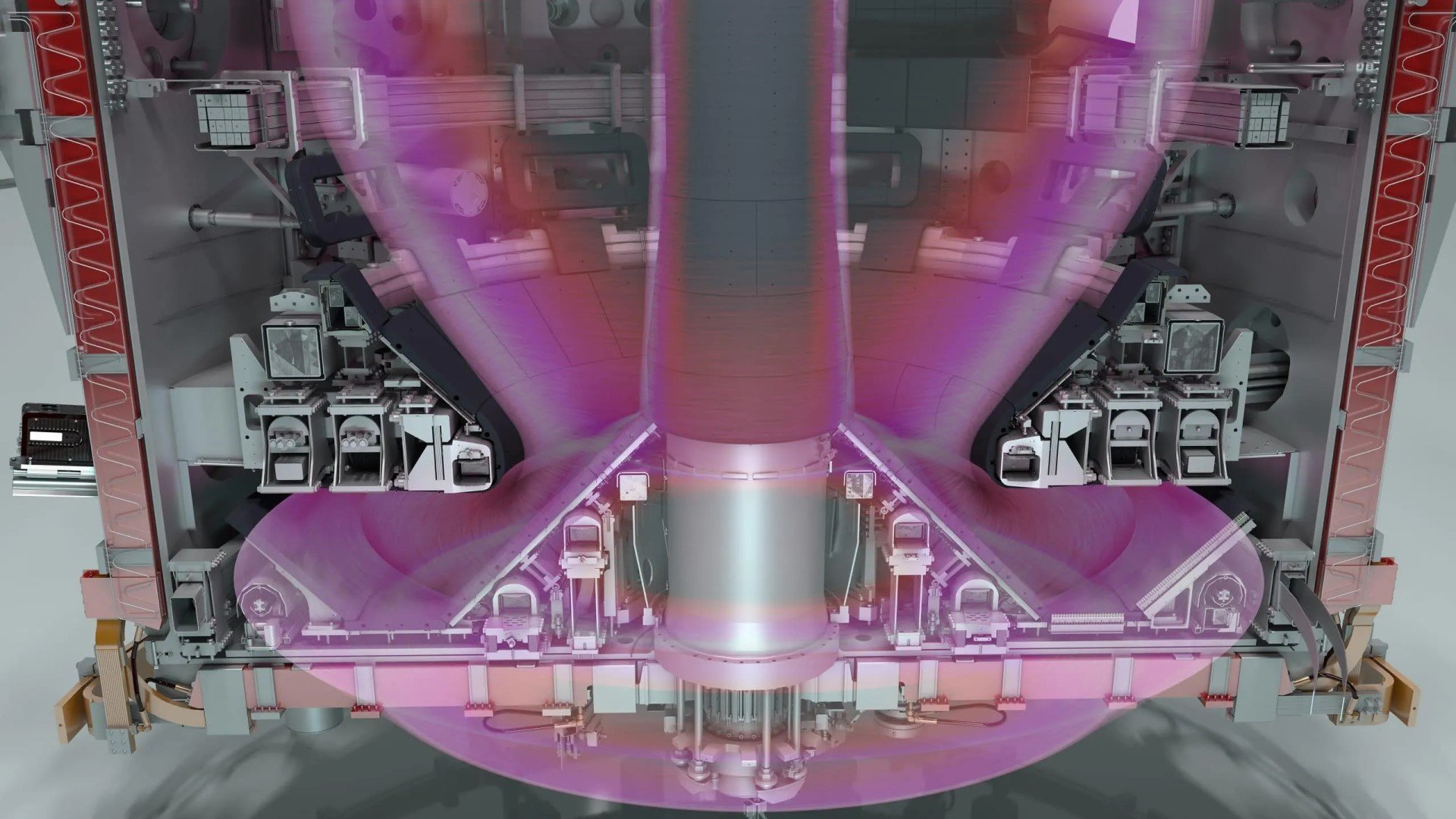 Clean energy from fusion is a step closer with the launch of the MAST Upgrade tokamak.

The project at Culham Centre for Fusion Energy was funded by the Engineering & Physical Sciences Research Council, part of UK Research & Innovation and the Department for Business, Energy & Industrial Strategy.

Fusion energy offers the potential of an abundant, inherently safe low-carbon electricity supply (the raw materials are found in seawater and the Earth’s crust). It involves fusing hydrogen particles in a hot gas known as a ‘plasma’ to unlock large amounts of energy.

One of the biggest challenges in fusion research has been to extract the amount of excess heat from the plasma. UKAEA’s scientists now plan to test a new exhaust system called the ‘Super-X divertor’ at MAST Upgrade.

This system is designed to channel plasma out of the machine at temperatures low enough for its materials to withstand – meaning that components can last much longer. The approximate tenfold reduction in heat arriving at the internal surfaces of the machine has the potential to be a game-changer for the long-term viability of future fusion power stations.

A step towards fusion power

MAST Upgrade will be the forerunner of the UK’s prototype fusion power plant, Spherical Tokamak for Energy Production (“STEP”), due for completion by 2040.

STEP – which UKAEA is designing in an initial £220 million programme funded by the UK Government – will be based on MAST Upgrade’s ‘spherical tokamak’ fusion concept. The spherical tokamak could offer a route to a compact fusion power plant.

The success of MAST Upgrade is another step along the way to designing future fusion power facilities, which could have an important role as part of a future portfolio of low-carbon energy. MAST Upgrade will also aid preparations for ITER – the world’s largest science megaproject, now being built in the South of France, which intends to demonstrate fusion power on an industrial scale.

UK Science Minister, Amanda Solloway, said: "We want the UK to be a world leader in fusion energy and to capitalise on its amazing potential as a clean energy source that could last for hundreds of years.
“Backed by £55 million of government funding, powering up the MAST Upgrade device is a landmark moment for this national fusion experiment and takes us another step closer towards our goal of building the UK’s first fusion power plant by 2040."

Commenting on the achievement of first plasma, UKAEA CEO, Professor Ian Chapman, said: "MAST Upgrade will take us closer to delivering sustainable, clean fusion energy. This experiment will break new ground and test technology that has never been tried before. It ensures the UK is in the premier league of countries working on fusion – and will be vital in achieving UKAEA’s goal of building the STEP fusion power plant."