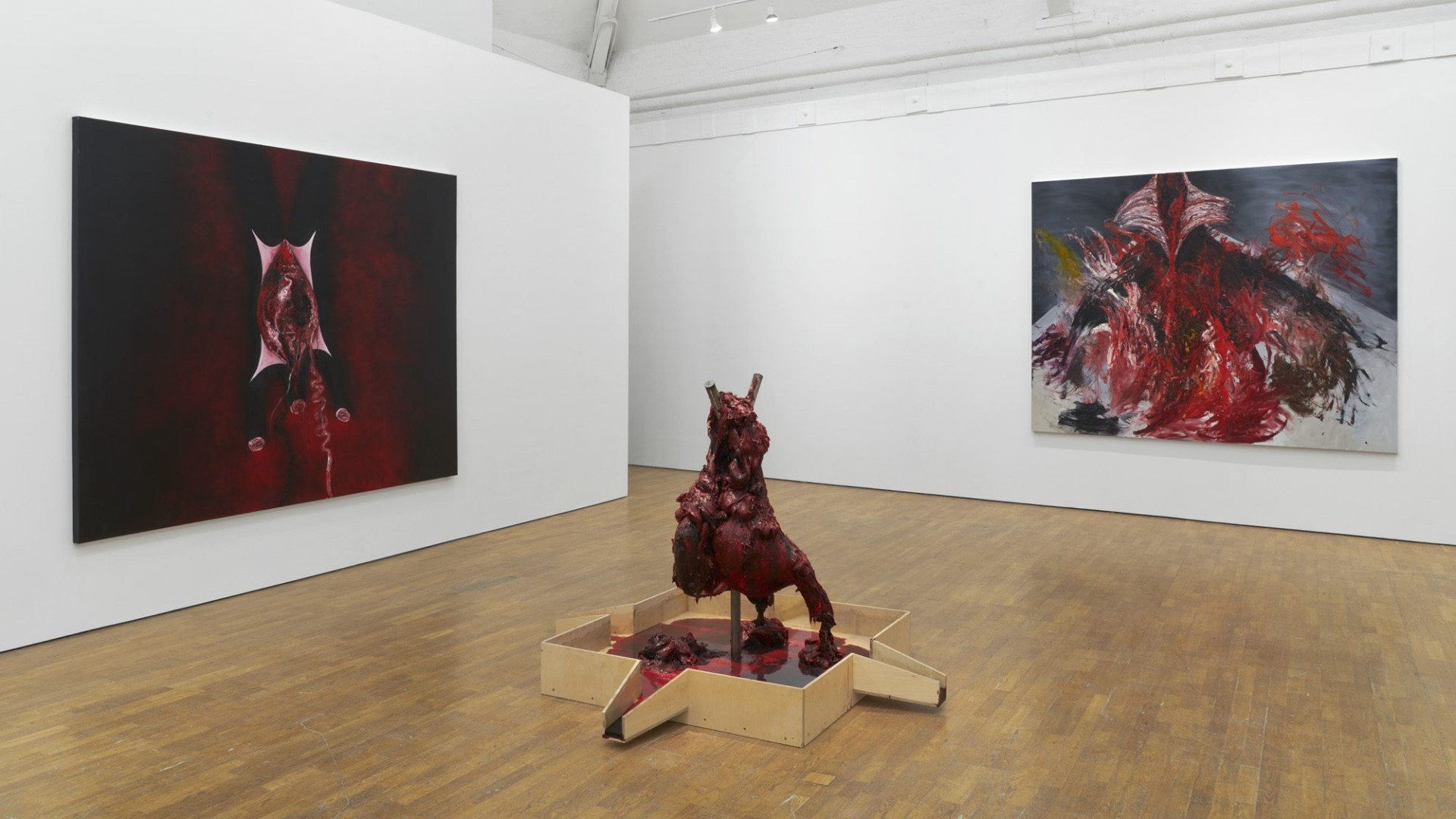 Modern Art Oxford is hosting an important exhibition of paintings by the internationally celebrated artist Anish Kapoor. Opening on 2 October 2021, Anish Kapoor: Painting will explore the rarely exhibited paintings that have been an integral part of Kapoor’s practice over the last forty years.

From the outset of his unparalleled career, Anish Kapoor declared, “I’m a painter working as a sculptor”. Far from being a separate activity that has run alongside his sculptural work, painting is, in fact, at the core of his vision and approach to sculpture.

Crucial to Kapoor’s three-dimensional language has always been the question of space – the space of the object, the space it inhabits, and the space held within it.

From his early pigment works to the vast public sculptures he has become renowned for, this exploration of an interior – that goes beyond the boundaries of the object – is intimately connected to the spatial properties of the picture plane that confront the painter dealing with the surface of the canvas.

This phenomenon of illusory space is played out time and again in Kapoor’s sculptures, which propose a new space – one that is uncanny in its interior familiarity and potential boundlessness.

The works in this exhibition mark a period of Kapoor’s intensified engagement with painting.

Not only do they demonstrate the vitality of his daily painting ritual, but also the importance of experimentation within the studio as they explore the medium of paint as well as the imaginative and real experiences of the living body.

Where a crucial condition of his sculptural work lies in the objects seemingly self-manifested state, in his paintings, the hand of the artist, indeed the gesture, is overwhelmingly present. There appears an urgency – in both the mark-making and themes – in these works that Kapoor invites us to bear witness to.

Recent paintings in the traditional language of oil on canvas are displayed alongside a contiguous body of floor-based works, realised in the viscous silicone that Kapoor has become increasingly recognised for working with.

Whilst the floor works ritualistically evoke our bodily interiors, rich with life-giving blood, they are overlooked by paintings that reveal dark earthly landscapes.

In these paintings, Kapoor’s distinctive palette of deep reds and blacks is present but is now met with sulphurous yellows and acrid smokey greys as the earth bleeds and disgorges its subterranean innards.

Together these potent works push the boundaries between sculpture and painting into visceral new ground, continuing in more vivid form than ever Kapoor’s ongoing attention to the abjected body and self – a theme surely intensified in the pandemic era in which most of these works were created, when the sense of the vulnerability of the body has become a communal experience.

Paul Hobson, Director of Modern Art Oxford, said: “We are delighted to welcome Anish Kapoor back to the gallery after almost forty years, to exhibit a series of works which celebrate his longstanding painting practice.

“Kapoor rarely offers insight into this important area of studio production which is integral to the sculptural works for which he is internationally celebrated, making this show uniquely significant.”

Alongside the exhibition, a solo show dedicated to Kapoor’s paintings will run at Lisson Gallery from 14 September to 30 October, and both shows precede Kapoor’s major retrospective at Gallerie dell’Accademia di Venezia, opening in April 2022 to coincide with the Venice Biennale.

He represented Britain at the 44th Venice Biennale in 1990 with Void Field (1989), for which he was awarded the Premio Duemila for Best Young Artist. Kapoor won the Turner Prize in 1991 and has honorary fellowships from the University of Wolverhampton, UK (1999), the Royal Institute of British Architecture, London, UK (2001) and an honorary doctorate from the University of Oxford, UK (2014). Large scale public projects include Cloud Gate (2004) in Millennium Park, Chicago, USA and Orbit (2012) in the Queen Elizabeth Olympic Park, London, UK and Ark Nova (2013), the world’s first inflatable concert hall in Japan.

Anish Kapoor was awarded a CBE in 2003 and a Knighthood in 2013 for services to visual arts.