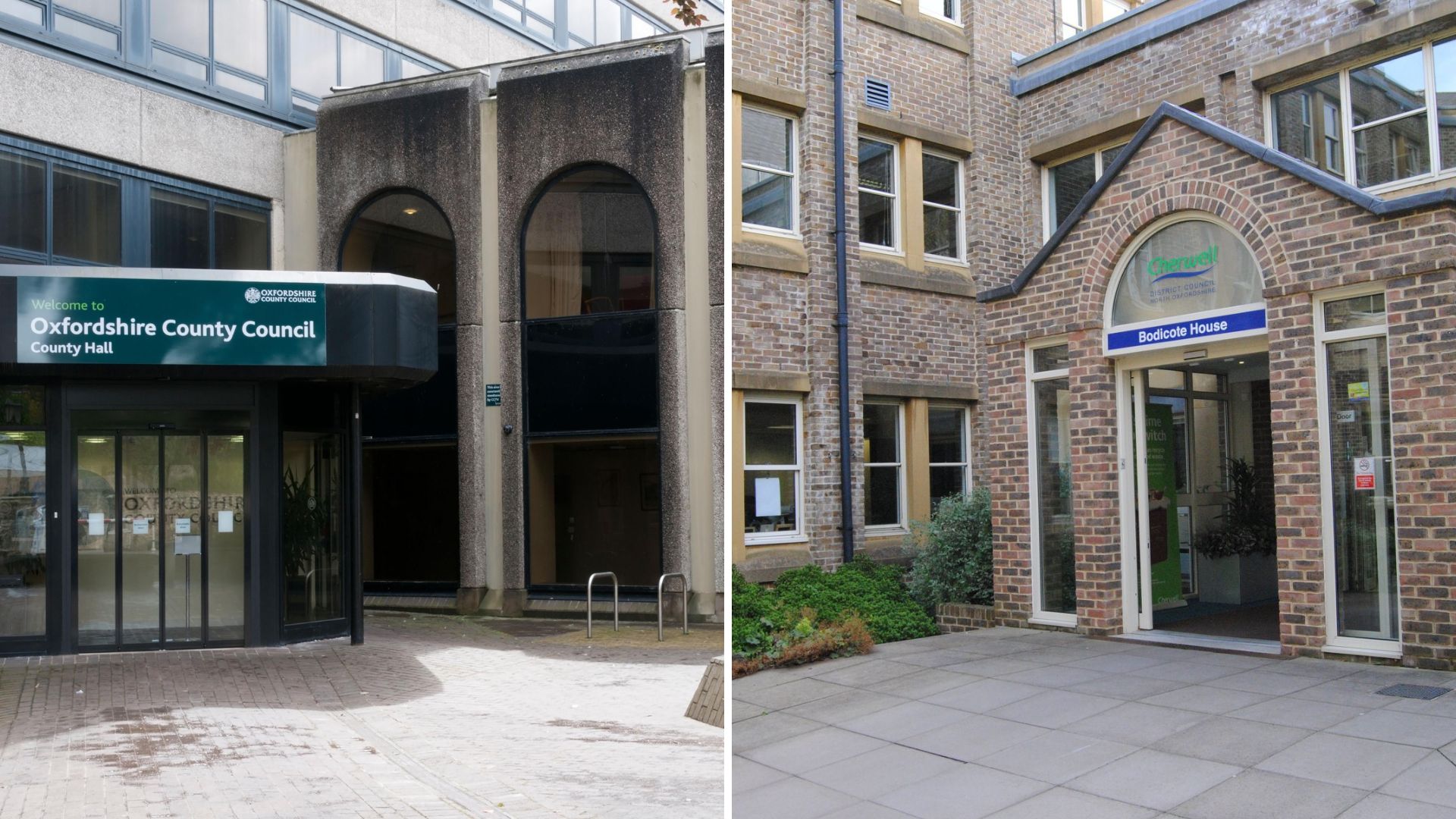 Splitting the shared services delivered in partnership with Cherwell District Council is expected to cost Oxfordshire County Council more than £860,000 by March 2024.

A report on the Oxfordshire-Cherwell Transition Plan, considered by the county’s cabinet this week, said “no specific (staff) posts are put at direct risk” but that “both councils will wish to review their future structure… to ensure their operating models are fit for purpose and affordable”.

The authorities merged a host of operational posts, including the senior roles of chief executive, director of finance and monitoring officer, in a bid to cut costs in September 2018 but decided to pull them apart less than three-and-a-half years later.

Some elements are still the subject of joint working, albeit under new arrangements, while others have been or are being separated.

The financial breakdown showed the county is set to lose just shy of £400,000 in contributions from Cherwell towards funding the senior leadership team – the chief executive and senior directors who worked across both authorities until early February.

A complete split of procurement and contract management services, to be implemented from the start of September, is expected to cost the county just short of £170,000 by the end of the financial year 2023-24.

Almost £290,000 will be required to fund the ongoing separation of communications, strategy and insight.

The policy and strategy and the performance and insight arms were pulled apart in May, followed by communications in July. The consultation and engagement and the corporate programmes also decoupled in July, albeit “with ongoing support” while new arrangements are put in place.

The splitting of property, investment and facilities management is to be implemented from the beginning of August at an estimated cost of more than £120,000.

Addressing staffing implications, the report says: “No specific posts are put at direct risk through the termination plan set out in this report.

However, both councils will wish to review their future structure and establishments subsequent to the termination of the partnership to ensure that their operating models are fit for purpose and affordable.

“Through the transition process, the general principle has been followed that staff have been retained by their current contracted employer. However, in a small number of cases, this would have led to overprovision of resources in one council and underprovision in the other.

“Through transition planning, the councils have agreed to make specific transfers that support continuity of service provision and minimise risk to individuals.

“All of the staff members affected have been engaged, and transfers have only taken place through mutual consent.”

County leader Councillor Liz Leffman (Lib Dem, Charlbury & Wychwood) said the process “is on target”, adding: “I have to say this has been managed very well by our officers both on the Cherwell side and the county side.

“It has been a very straightforward process as far as the JSSP (Joint Shared Services Personnel Committee) is concerned, and I would like to thank officers for having taken this forward.”