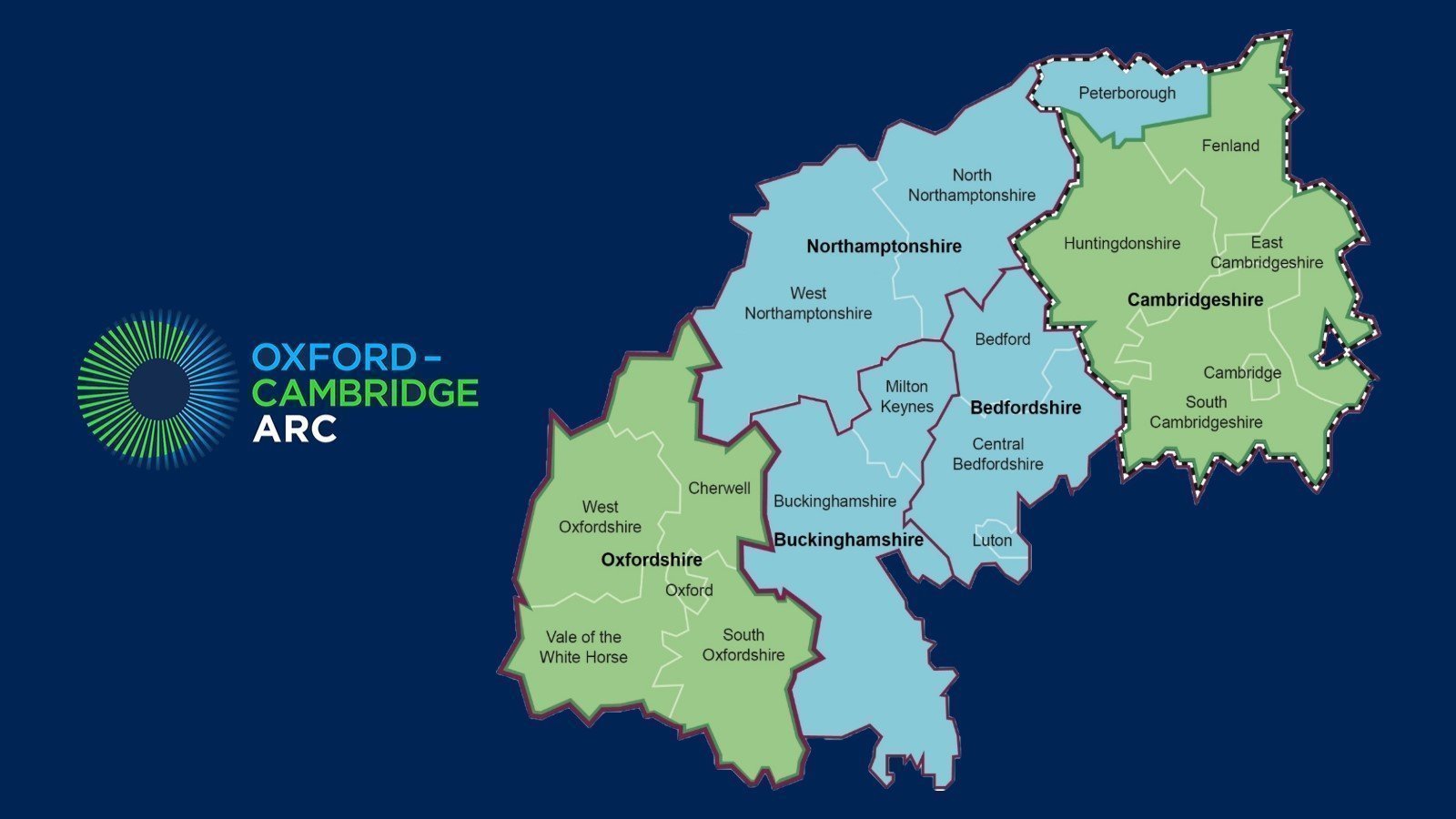 The leaders of Oxfordshire’s councils and the Local Enterprise Partnership have responded to the government’s consultation over a proposed Spatial Framework for the Oxford-Cambridge Arc.

In a joint statement that was published on 22 July, they said: “As partners, we welcome the government’s commitment to engage with and consult local communities on its thinking around the future for the Oxford to Cambridge Arc.

“This will look at the opportunities that can be created for local communities in the area that spans Oxford, Milton Keynes and Cambridge; an area that is of regional, national and indeed global economic significance.

“In launching its consultation, the government has said it wants to work with residents, businesses and communities to create a vision for the Spatial Framework – the long-term strategic blueprint for jobs, skills and infrastructure planning and investment in the Arc area – and ensure it is built on the interests and priorities of the communities it will serve.

“This is an opportunity to shape the vision before the government prepares a Spatial Framework, a form of long term strategic planning document, to help shape an agreed approach to protecting and improving the environment, and co-ordinating infrastructure and new developments across the Arc.

“It will be important that the ambitions set for the Arc in the Spatial Framework reflect the priorities we have set out in the Oxfordshire Strategic Vision, such as using innovation to address climate change, creating green transport solutions, and ensuring sustainable development benefits all.

“We encourage everyone to respond to help ensure these ambitions are prioritised, and Oxfordshire has a strong voice in the development of the Arc.

“In parallel with the government’s consultation on strategic ambitions at a regional level, we are within Oxfordshire also shortly launching a public consultation on what we want for our county over the longer term.

Read: Have your say on major future infrastructure plans in Oxfordshire

“The Oxfordshire Plan 2050 is a strategic planning document that aims to set out how we can maintain and improve the amazing environment we live in, while also ensuring Oxfordshire remains a world leader in technology and innovation, provides well-paid jobs in an inclusive economy, preserves the history and heritage that draws millions of tourists each year, and gives our children and grandchildren the opportunity to own homes in the county we love.

“We can achieve this by listening to residents about what is important to them and their aspirations and setting out how and where is best to deliver these for a better quality of life for all. The Oxfordshire Plan 2050 will also help strengthen our county’s influence on the development of the government’s plans for the Oxford-Cambridge Arc area as a whole.”

The statement was signed by the leaders of Oxfordshire’s councils as follows:

The government launched the digital consultation to give everyone with an interest in the Oxford-Cambridge Arc the opportunity to contribute to the long-term development of the area.

The Oxford-Cambridge (OxCam) Arc is the name given to the area identified by the government as a key economic priority with the potential to be one of the most prosperous, innovative and sustainable economic areas in the world.

It forms an ‘Arc’, which provides a place to live for approximately 3.7 million residents and supports over 2 million jobs. Adding over £110 billion in economic output every year, it is home to one of the fastest-growing economies in England.

Visit https://placebuilder.io/futureofthearc for more information and to take part in the digital consultation.