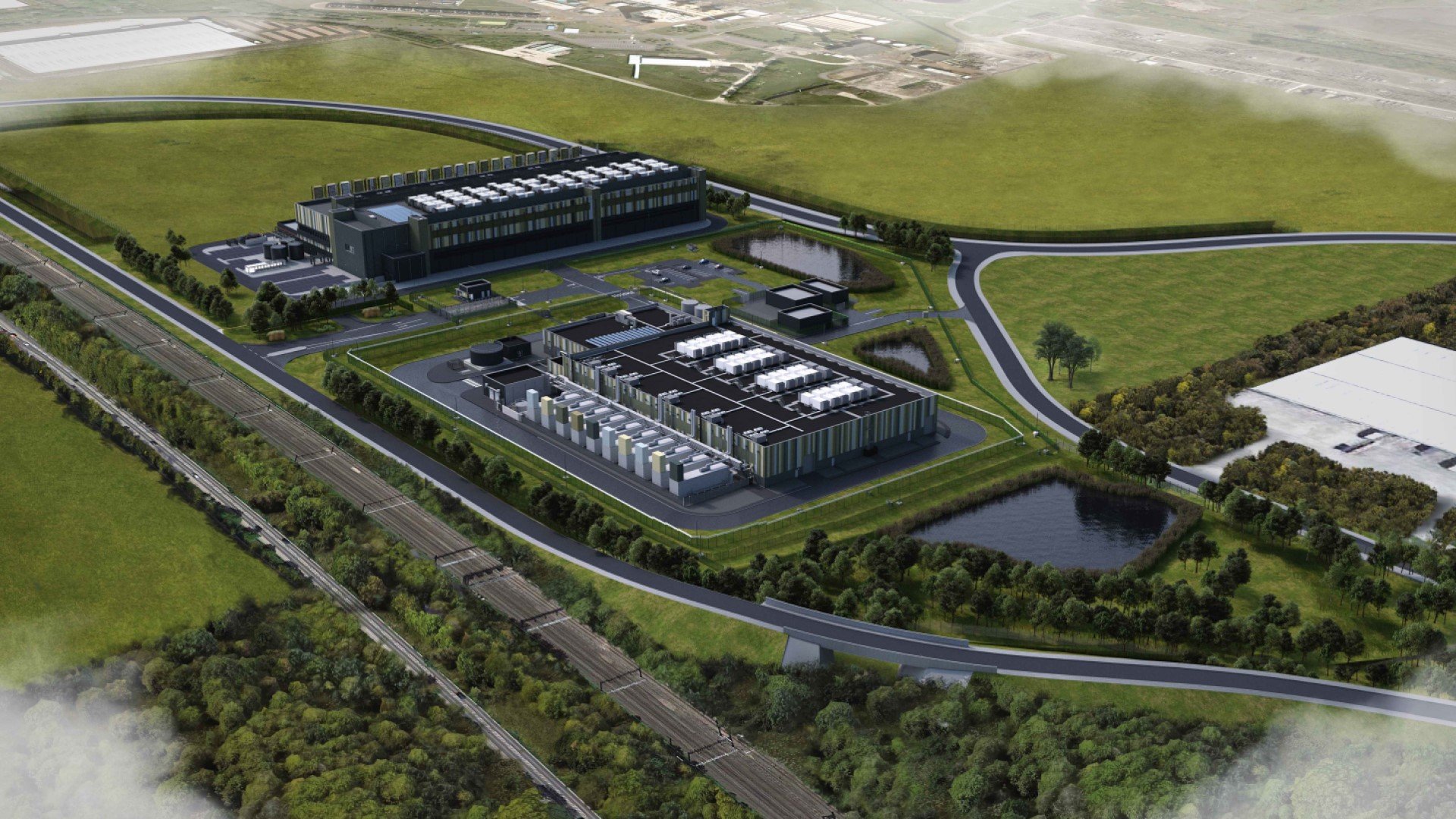 Plans have been submitted for two data centres on the Didcot Power Station site in Oxfordshire.

Plans have been submitted for two data centres on the site of the Didcot Power Station in Oxfordshire.

The plans have been submitted under the name Willow Developments LLC. However, data centre news site DCD has reported that it is being driven by web giant Amazon.

According to a website set up for the scheme, the buildings will contain data halls, associated electrical and plant rooms, loading bay and storage space, office administration areas and screened plant at roof level).

Willow Developments says that the plant operator has a commitment to achieve net zero carbon emissions by 2040. The operator expects to procure renewable energy equivalent to the energy consumed on the site by enabling large-scale renewable energy projects in the UK, supplemented by solar panels on site.

The developer’s site cites the operator’s newest renewable energy project in Europe, which will be the largest wind corporate power purchase agreement (CPPA) in the UK. Located in Scotland, once complete, the new wind project will provide 50 megawatts (MW) of new renewable capacity, with an expected generation of 168,000 megawatt-hours (MWh) of clean energy annually – enough to power 46,000 UK homes.

Willow Developments previously submitted the plans to South Oxfordshire and Vale of White Horse District Councils in 2019, initially planning for both buildings to be 25 metres tall.

The firm then revised the height of one of the buildings in its second planning submission on 18 January this year. The height of data centre 1 will be 12 metres with generator flues going up to 15 metres.

Data centre 2 will be 21.5 metres high with generator flues taking it to 30 metres. It envisages that these buildings will be considerably less intrusive than the previous power station that once occupied the site.

A spokeswoman for the councils said: “The application is currently being processed, and we expect to make a decision in April of this year. We are unable to advise on who is the potential occupier of the site, should it receive planning permission.”

It is estimated that the development of the Data Centre 1 project will provide employment to up to 400 construction personnel over 15 months, and, on completion, 100 full-time highly skilled professionals will be employed by the data centre.

Comprising approximately 16hectares in the area (and part of the former Didcot A power station site), it lies between Milton Park and the western edge of Didcot. Most of the site (9.3ha) lies within South Oxfordshire, with the remainder (6.74ha) within the Vale of White Horse.